As the first female chef to work at Restaurant Gordon Ramsay (who famously ate his words when he said she wouldn’t last — the restaurant held three Michelin stars for a decade with her at the helm), an MBE, caterer to the Royal Wedding, and now owner of her own restaurant, Core, you’d think Clare Smyth would be used to winning, but she is delighted to be the highest new entry in this year’s Top 100 Resturants list, coming in at number 50.

“For me, it’s the best accolade above every other accolade because it’s the people that come here as diners, the people who love coming here. Our biggest inspiration is our guests; we have a huge regulars list, and many have become friends — that is something that drives me every day, seeing happy people in the restaurant.”

The vibe at Core is different from what you might expect; Smyth calls it “casual luxury,” taking a dish with humble ingredients like potato or carrot (the Lamb Carrot, a dish of braised lamb but with the carrot taking center stage, is one of Core’s signatures) and “flipping it on its head” to create sustainable haute cuisine. 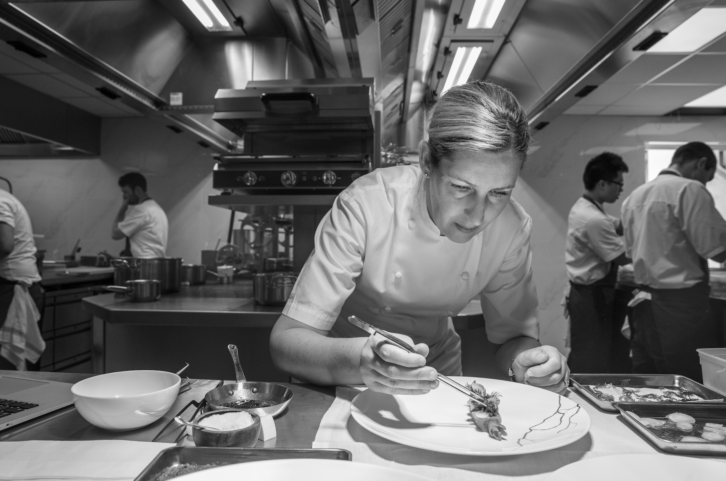 Clare Smyth tends to a dish in her kitchen at Core

“I’m British and I really wanted us to be a British fine-dining restaurant. They are two things that don’t necessarily go together, as British food is traditionally more rustic in style.”

The blend of high-end and casual is a refreshing twist that adds to Core’s atmosphere. She explains that she wants everyone who comes in to have a good time, and to make sure diners relax and enjoy themselves — something she thinks is more important than winning awards. She has won a number of those, too, notably ‘Best Female Chef’ by The World’s Best 50 Restaurants.

There was controversy surrounding the award and whether there is a need to segregate the sexes; Smyth said at the time that it was strange but talks about how discussing gender issues can seem counterproductive.

“Sometimes, it is almost patronizing. I think we have a good balance, that women are good role models and are always present, but they’ve got to be the best ones — you can’t ever sacrifice quality just because you think ‘oh we’ve got to include more women’ because it undermines what we are all trying to achieve. We need to make a conscious effort to include women, but there needs to be a balance.” 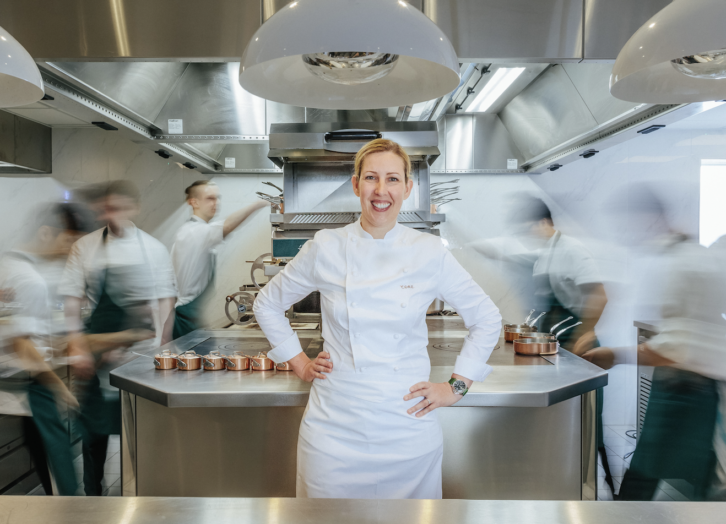