Founded in 2006 by HRH Prince Charles and former President of Afghanistan, Hamid Karzai, Turquoise Mountain is an initiative to help revive Afghan crafts, as they were banned during the Taliban regime. The foundation supports artisans and businesses in an effort to get them back on their feet and boost the country’s economy with self-run businesses. When Turquoise Mountain was founded, Afghanistan was a dangerous place many were afraid of going to, yet ethical jeweler, Pippa Small, wanted to get involved. Despite the danger of the area, Small began working  with young artisans in 2008 to help design collections. 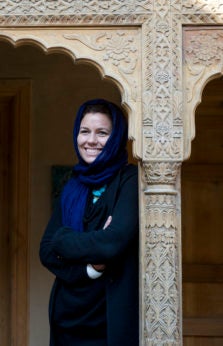 Fast-forward ten years later and the Canadian-born designer has since launched her seasonal diffusion line, Pippa Small Turquoise Mountain, with two full collections made by artisans in Kabul each year, and in total, more than 4,600 pieces of jewelry crafted by the men and women of the area have been sold over the past decade. In 2013, Small was awarded an MBE for ethical jewelry production and her charity work, and in 2016, she held an exhibition at the Smithsonian Museum in Washington D.C.

To celebrate the 10-year anniversary, the team behind Turquoise Mountain and Pippa Small traveled to Davos to speak at the World Economic Forum in January 2018.

Recently, Turquoise Mountain, along with Small, has expanded into Myanmar and Saudi Arabia in hopes of restoring the dying jewelry industries. This year, Small, alongside the foundation, will work with Syrian refugees in Jordan to help revive Syrian goldsmith traditions. 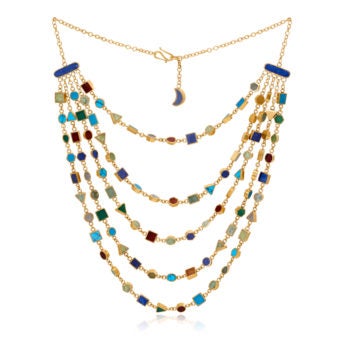