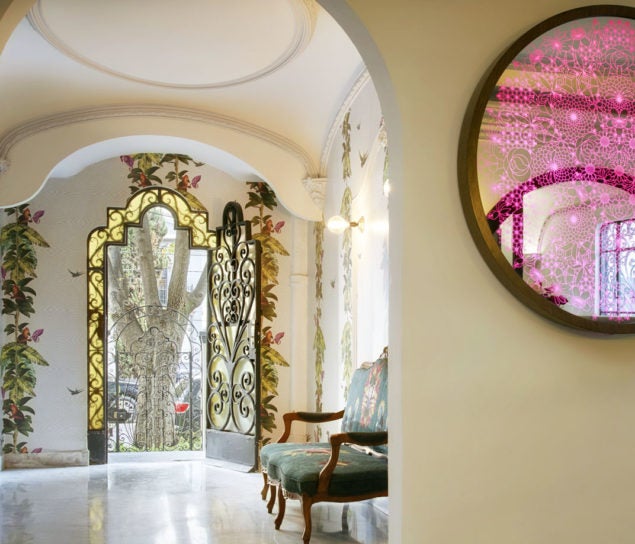 The restored mansion where Fluenz Spanish Immersion classes are held

In Mexico City’s leafy, upscale Polanco neighborhood, I’ve walked off my lunch of mushroom tacos with a ramble down Avenida Presidente Masaryk, the Rodeo Drive of this thriving capital.

Window shopping, I’ve passed some of the world’s most captivating boutiques and galleries. Now, back at my artsy villa hotel, a beautifully restored Spanish Colonial enclave tucked on a side street, I settle into a violet-hued, velvet couch for ‘language school.’ An adjacent mirror reflects pinches of gilt, a sparkly chandelier, an inviting grand piano and huge, colorful Expressionistic paintings.

I hear dishes clanking, like furtive whispers, in the kitchen. The quiet hum of musical spoken Spanish wafts down from somewhere above me. Part of my mind drifts back to my dinner last night at Enrique Olvera’s world-renowned Pujol, while another section struggles to respond to my tutor, Nikola, a PhD candidate in philosophy. “Shouldn’t I use the subjunctive mood now?” I think. 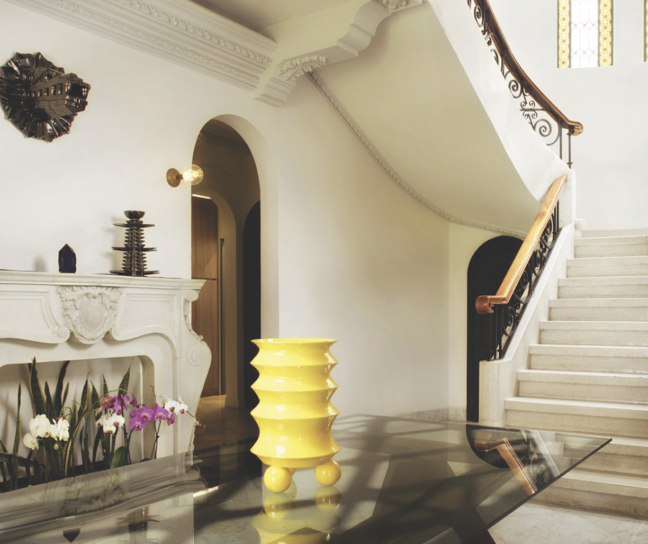 We’ve been trying to solve a conundrum — in Spanish. As much of a word nerd as I am, Nikola happily lets me lead him off track as we debate the origin of an idiomatic expression. As we do it, I find myself spewing out theories in fairly correct Spanish, even using the subjunctive without premeditation. Crafty Nikola has held the reins just enough to urge me into a curiosity-satisfying conversation which, nevertheless, relates to my studies — and improves my Spanish.

A student at Fluenz Spanish Immersion’s one-week program in Mexico City, I find I don’t learn only from the innovative curriculum, but from the layers of interaction with teachers and staff, the field trips (such as a VIP after-hours tour of the National Museum of Anthropology), the small talk with fellow students (a CEO, three doctors, a family) at group lunches, and the daily rooftop yoga, where my mind seems to recalibrate, chew and digest — as if to prepare for tomorrow.

To customize each student’s experience in advance, Fluenz does pre-immersion interviews and gives pre-session homework. They continue evaluating progress during the program, tweaking and adjusting after every class. “We give our students realistic expectations in advance,” says Gil, who notes that nearly everybody’s progress exceeds their expectations. 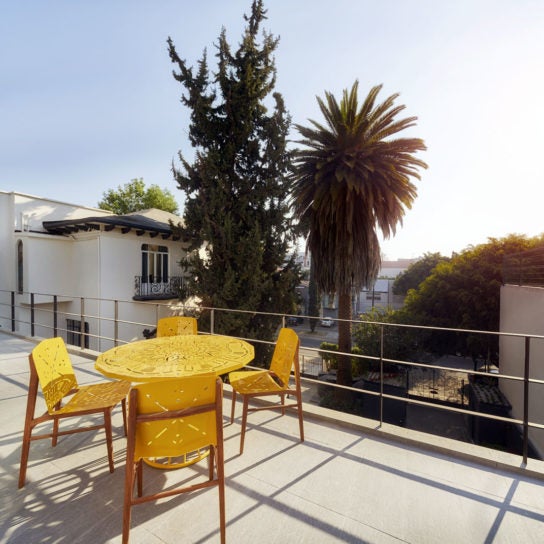 As intense (and enjoyable) for beginners as advanced students, the intimate immersion accepts no more than 10 students a session. It involves two three-hour, one-on-one tutorials a day, with homework generally being active, such as an evening poetry reading, dinner with a renowned architect or a lecture by a historian. Many students return for a second session months later, something Fluenz calls its “greatest compliment.”

Calderon de la Barca called his memorable 17th-century play La Vida Es Sueño (Life is a Dream). With Fluenz, I can relate. I leave at the end of a week not just speaking Spanish, but dreaming in it.

From $5,220 for double occupancy, $5,620 for single occupancy; fluenz.com/spanish-immersion