Seeing the sun soaked scenery of Call Me By Your Name or the picturesque cobbled streets of The Danish Girl it is hard not to get the sudden urge to pack your bags and hop on a jet. To celebrate these cinematic masterpieces and their beautiful settings, Elite Traveler takes you on a globetrotting adventure to our favorite movie locations and the most luxurious hotels to stay in nearby.

Call Me By Your Name – Lombardy, Italy

We begin our journey with a summer jaunt in the north Italian region of Lombardy. The Oscar nominated romantic drama, Call Me By Your Name, gives a dreamy, languid depiction of the region making it the perfect place for a romantic and relaxing summer stay. The film is mostly set in a rustic Italian villa in the quaint town of Moscazzano.

The scenic Lake Garda, where Elio’s father is seen recovering bronze statues, is an hour’s drive away. Olive and lemon groves line its southern shores whilst its narrow northern tip is surrounded by mountains. 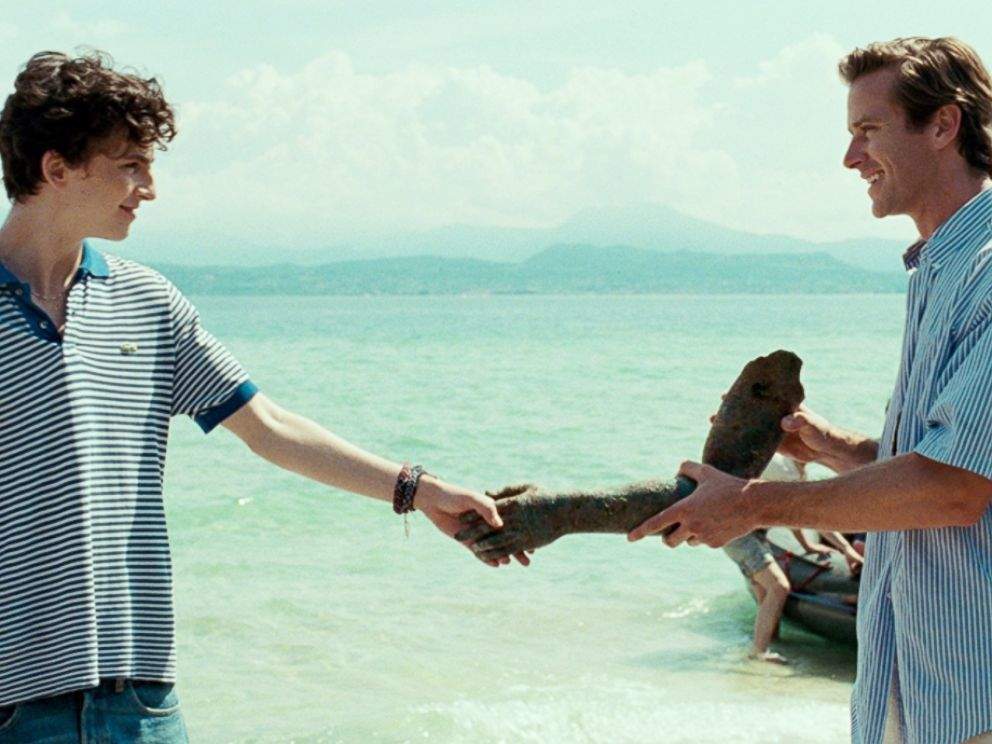 Once you’ve had enough of exploring the surrounding Italian countryside, the cities of Crema and Milan, are situated a stones throw away and offer plenty of options for shopping and fine dining.

Where to stay: L’Alberta was converted from a Renaissance country house into an exclusive five star hotel and is situated in the heart of the Lombardy countryside. The hotel is surrounded by verdant vineyards whilst the romantic Cabriolet suite has a retractable roof so you can sleep under the stars.

The dark and twisted humour of Three Billboards stands in stark contrast to its picturesque surroundings. The sleepy town of Sylva was adopted as the titular town outside Ebbing, Missouri where the entirety of the film takes place.

The town of Sylva itself has more of the charm and less of the brutality than the film. A short excursion out to the Blue Ridge Mountains or Pinnacle park provide panoramic views of the wilderness, overlooking endless pine forest and meandering waterways of Yellowstone Prong. The region was turned into a national park by Harry S. Truman in 1916 to preserve the natural beauty of the president’s home county.

For those wanting to explore in a more leisurely manor, the exclusive Mountaintop Golf Club offers a unique sporting experience. The course was designed by Tom Fazio, one of the most highly awarded golf architects, who maximises the dramatic terrain and majestic views across all 18 holes.

Where to stay: The stately Vanderbilt family residence and estate of Biltmore House is available for private stays and allows visitors to surround themselves in the bucolic beauty of the Jacksonville countryside. The old stately home is modelled on English residencies and offers a level of hospitality and service normally reserved for the Vanderbilt’s themselves. All the ingredients for their gourmet meals are grown on the estate’s own farm and outdoor adventure awaits on your doorstep with horse riding, off-road driving and clay pigeon shooting all available. 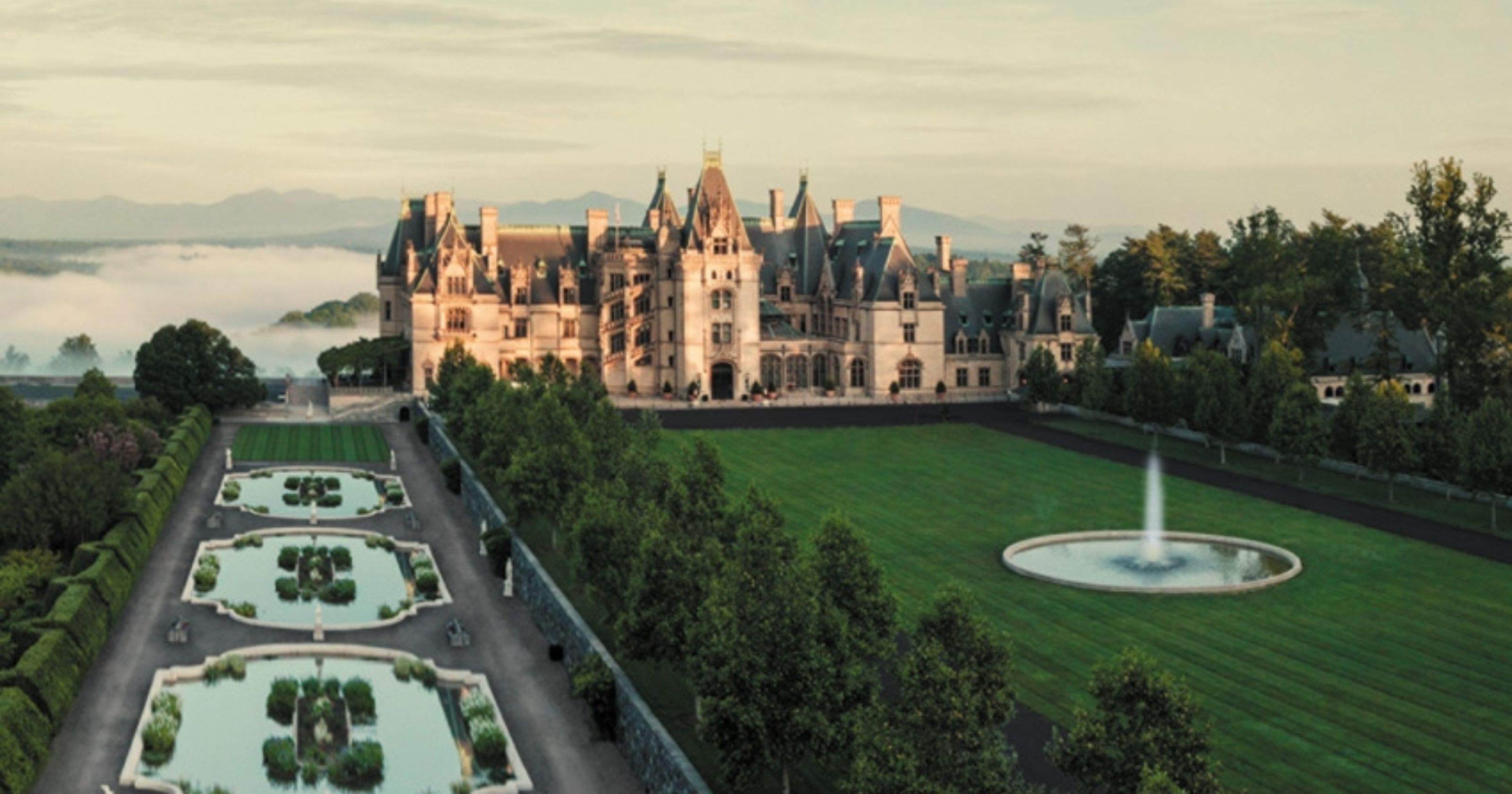 Guillermo del Toro’s unique love story between a mute woman and mutated merman was one of the more unusual selections by the Oscar’s committee however the enduring message of love conquering all has made it a surprise hit. Although set in Baltimore the majority of the filming was done in Hamilton and Toronto, Canada. 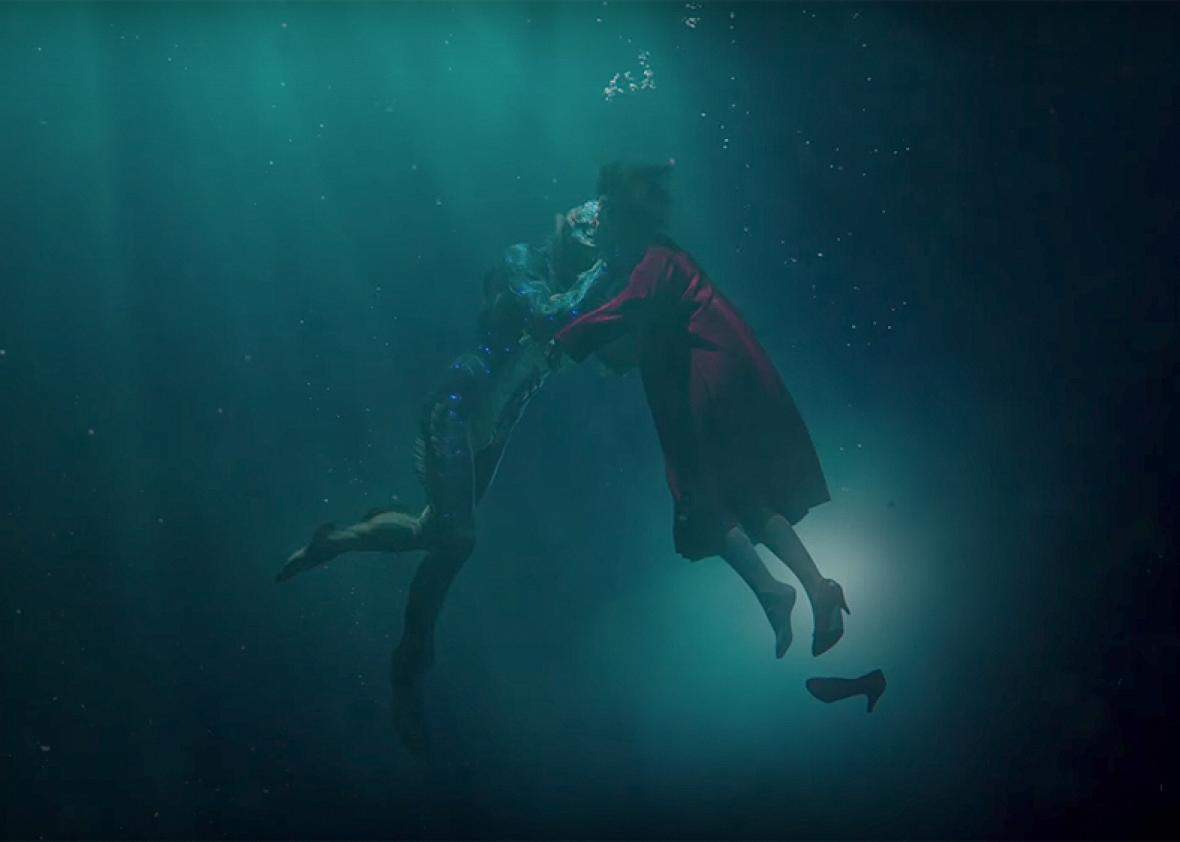 The setting was given a vintage feel for the film but Toronto is one of the most dynamic cities in the world. The historic Elgin Theatre is the central location for the film and is memorable for its glittering, golden domed roof, whilst upstairs the Winter Garden Theatre is adorned with beach leaves and cotton blossoms. The Elgin theatre was restored to its former grandeur by the Ontario Heritage trust and is where the film premier took place.

Outside of revisiting the locations from The Shape of Water, there is plenty for the Elite Traveler to see and do. Toronto is home to some of the top restaurants in the world, including the 360 Restaurant at the CNN tower, where you can dine at over 1000ft. The menu is a celebration of Canadian food and wine with the $300 seafood platter offering a taste of the best Atlantic lobster, Malpeque oysters and Fogo Island queen crab claws.

Where to stay: The Ritz Carlton is one of the latest additions to the Toronto luxury hotel scene and offers spectacular views of Lake Ontario and the Toronto Skyline. Its five star amenities include a 24 hour fitness center, spa, executive ballroom and 2400 sqft suite. 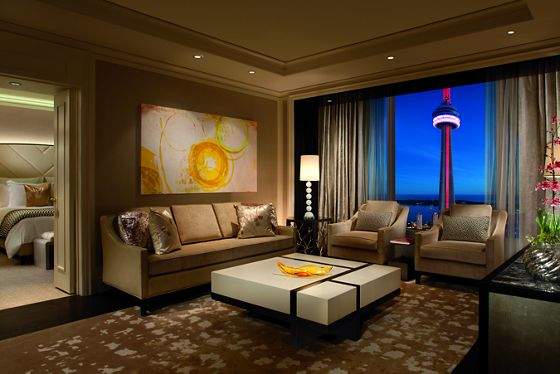 Alternatively the Four Seasons is the hotel of choice for movie stars and the cinema going elite and is situated in the glamorous Yorkville quarter. The royal suite is located on the hotel’s top level and is described as one of Toronto’s best hotel experiences. It has its own kitchen and dining area and with 180 degree views over the northern cityscape.

Eddie Redmayne received plaudits for his portrayal of Elbe, one of the first people in history to undergo a surgical sex change, in The Danish Girl. It was mostly filmed on location in Copenhagen where the fairy-tale 17th century architecture provides the perfect backdrop to the fraught love story that unfolds.

The scenes in Gerda and Lili’s Parisian apartment are actually filmed in Frederiksstaden, Copenhagen and the – copper roofed – Marble Church is visible from their building. The church was designed by Nicolai Eigtved in 1740 and is the focal point of the district. 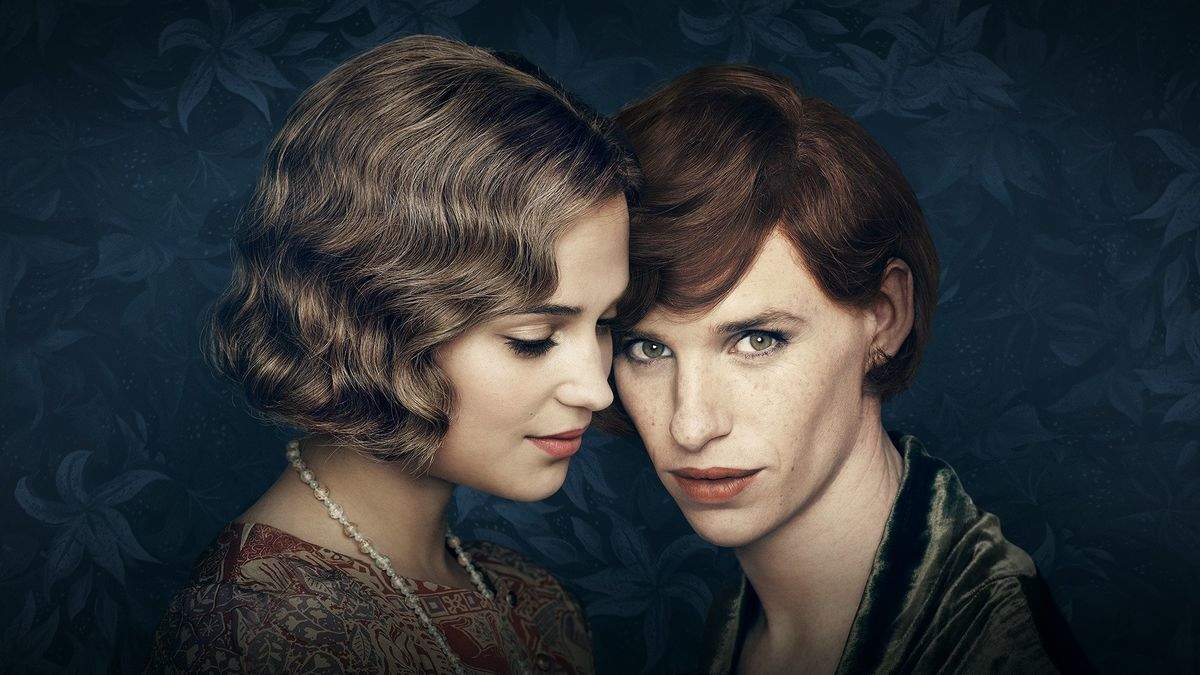 The old harbour of Nyhavn also plays a prominent part in the film, with Lili Elbe seen wandering in front of the multi-coloured townhouses that were once part of the international port. Now many of the waterfront buildings have been converted into restaurants, cafes and jazz bars making it a great spot for a relaxed evening. The award winning restaurant, Noma is located across the waterway and comes highly recommended for its gastronomically inventive take on Nordic cuisine.

Where to stay: The Nimb Hotel offers 38 individually decorated rooms to suit a range of personal styles. Each room overlooks the verdant Tivoli Gardens. Butler service and valet parking aim to make your stay as comfortable as possible. 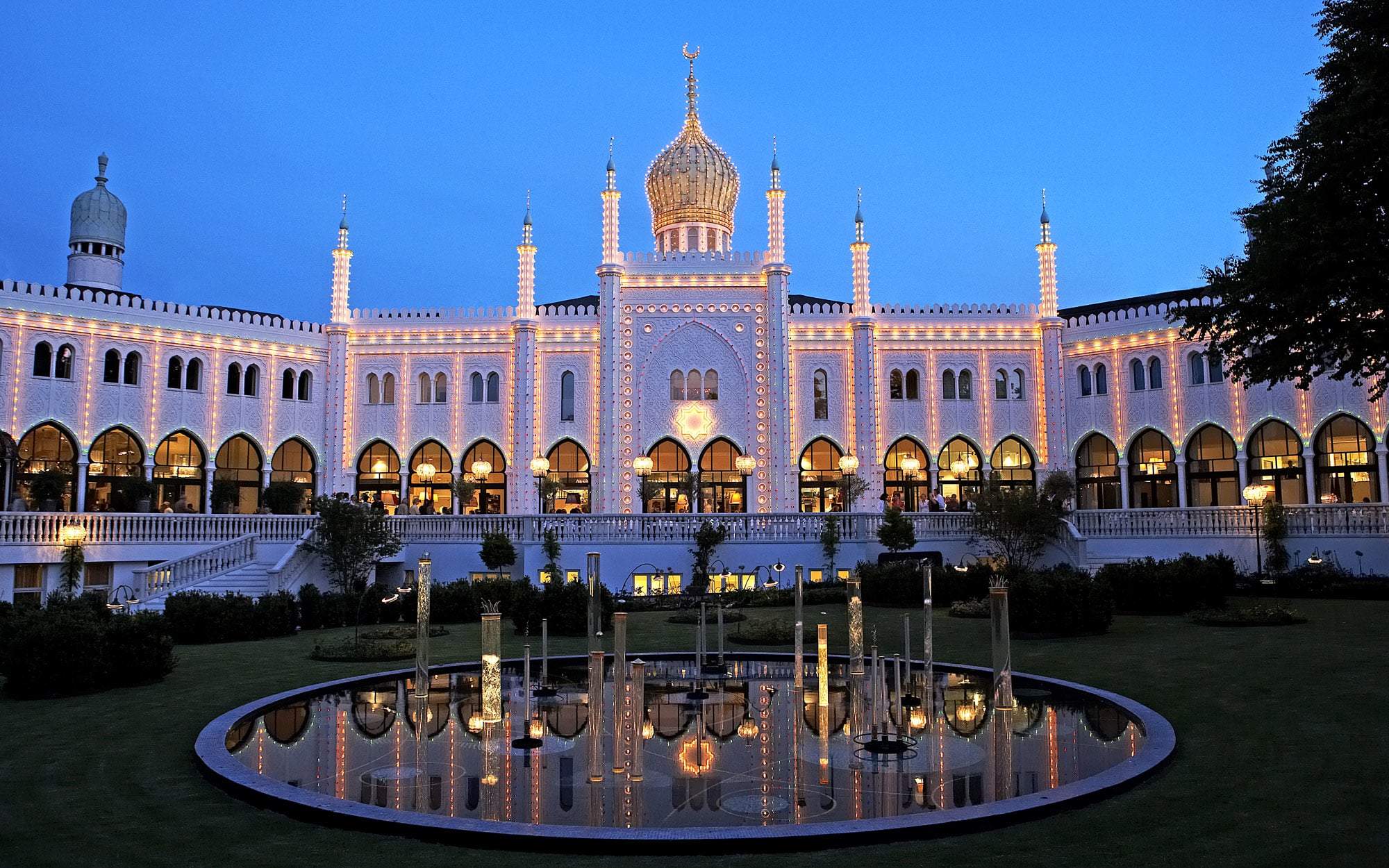 The Hotel Alexandra is another option, which promises to transport you to Denmark’s past. The retro-inspired Scandinavian hotel is inspired by 1950s and 60s Danish culture and features furniture and décor from the time – a great retreat for design connoisseurs.

Görlitz is situated in the eastern-most district of Germany and has been given the nickname Görliwood due to its many representations in films. The city is perhaps best known for its depiction in Wes Anderson’s Grand Budapest Hotel, which uses the Görlitz department store as its main location. 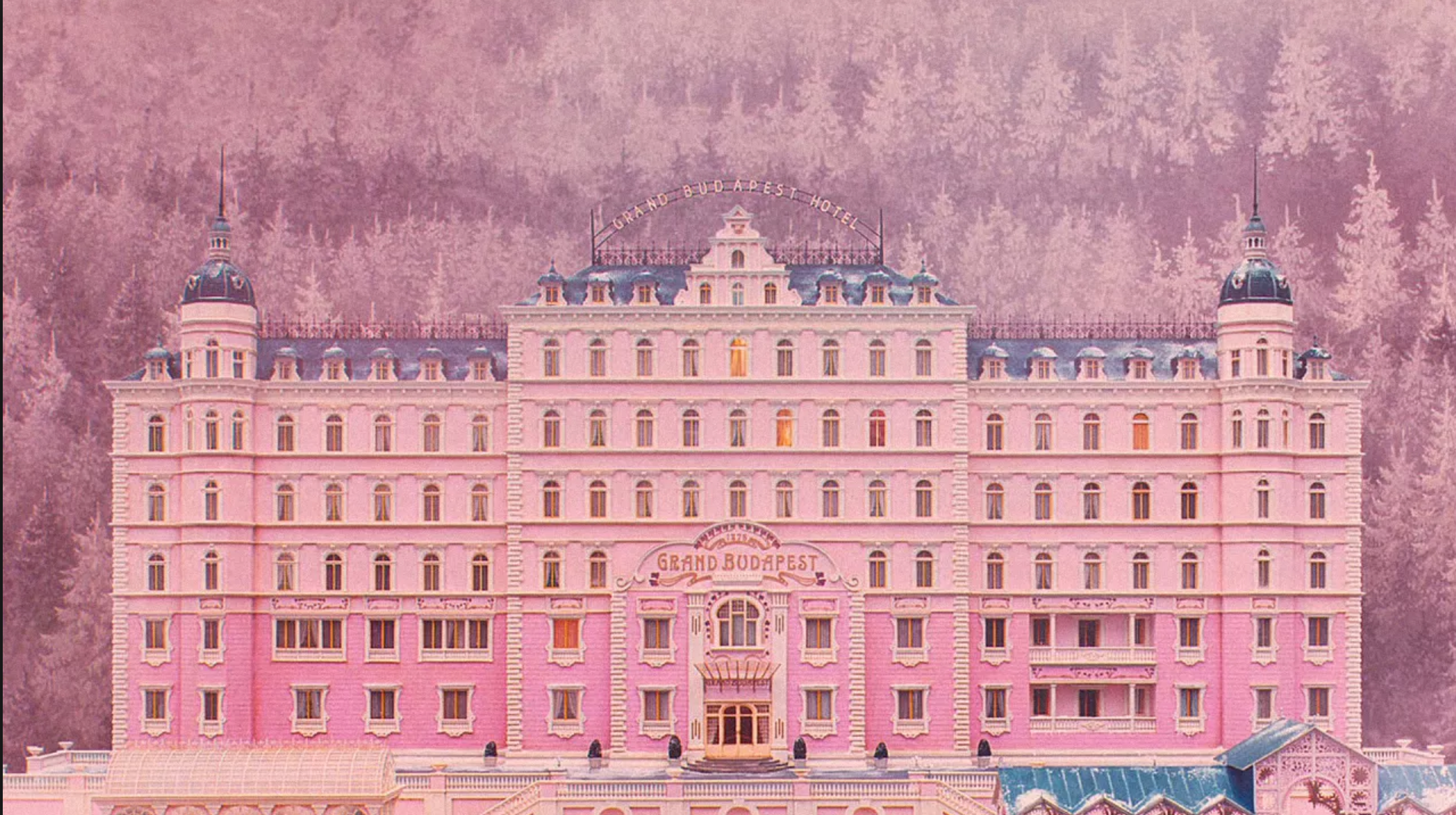 The art-nouveau store features an ornate glass ceiling, low hanging chandeliers and a central atrium banked by a double staircase. The store has sat unused since the recession but the film set can still be visited on tours or at the Euro Fashion Awards which are hosted there.

Görlitz is one of Germany’s hidden gems and is worth visiting for more than just its movie fame. It was one of the few German cities that remained relatively intact after WWII and as such it has kept a unique composition of Gothic, Renaissance and Baroque architecture.

Where to stay: The Emmerich Hotel, in the heart of Görlitz’s historic center, has a modern and sleek design and has two suites to choose from. 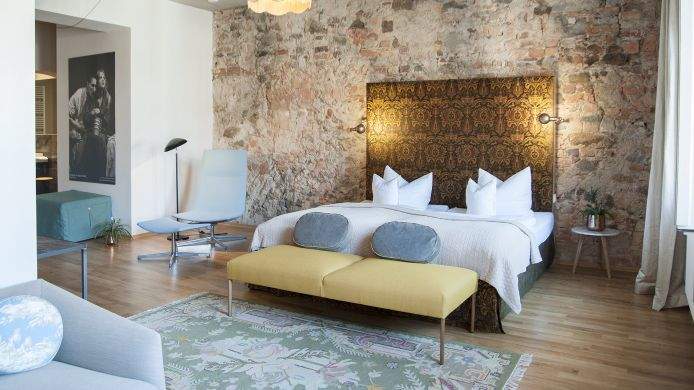 Guests can while away the evening on the roof terrace. The cast of The Grand Budapest Hotel, including Ralph Fiennes, Tilda Swinton, Jude Law and Bill Murray, all stayed in the Hotel Börse during filming. Having provided comfort and luxury for Hollywood’s A-list, the Börse comes highly recommended.

The idyllic island of Skepolos in Greece; my, my, how could you resist it? The azure Aegean sea and white sandy beaches make this many people’s idea of paradise. It was, of course, picked as the setting for the musical extravaganza Mama Mia. The film had an all-star cast, including Meryl Streep, Colin Firth and Pierce Brosnan and grossed an impressive $609.8 million. 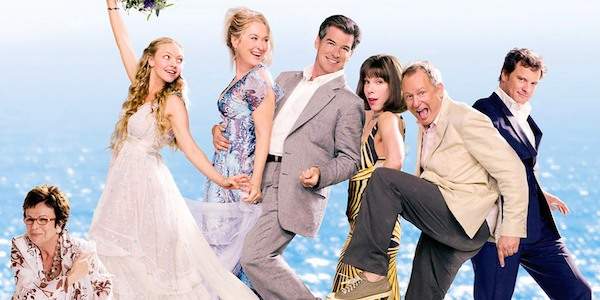 Although the majority of the set was built specifically for the film the stunning natural surroundings and whitewashed buildings make you feel a part of the cast. Yacht owners can travel between the islands of Mykonos, Skiros and Skopelos to explore the Greek archipelago in style.

Where to stay: Adrina Resorts offers a 110 square meter deluxe villa complete with your own private patio and pool that looks directly over the beach. 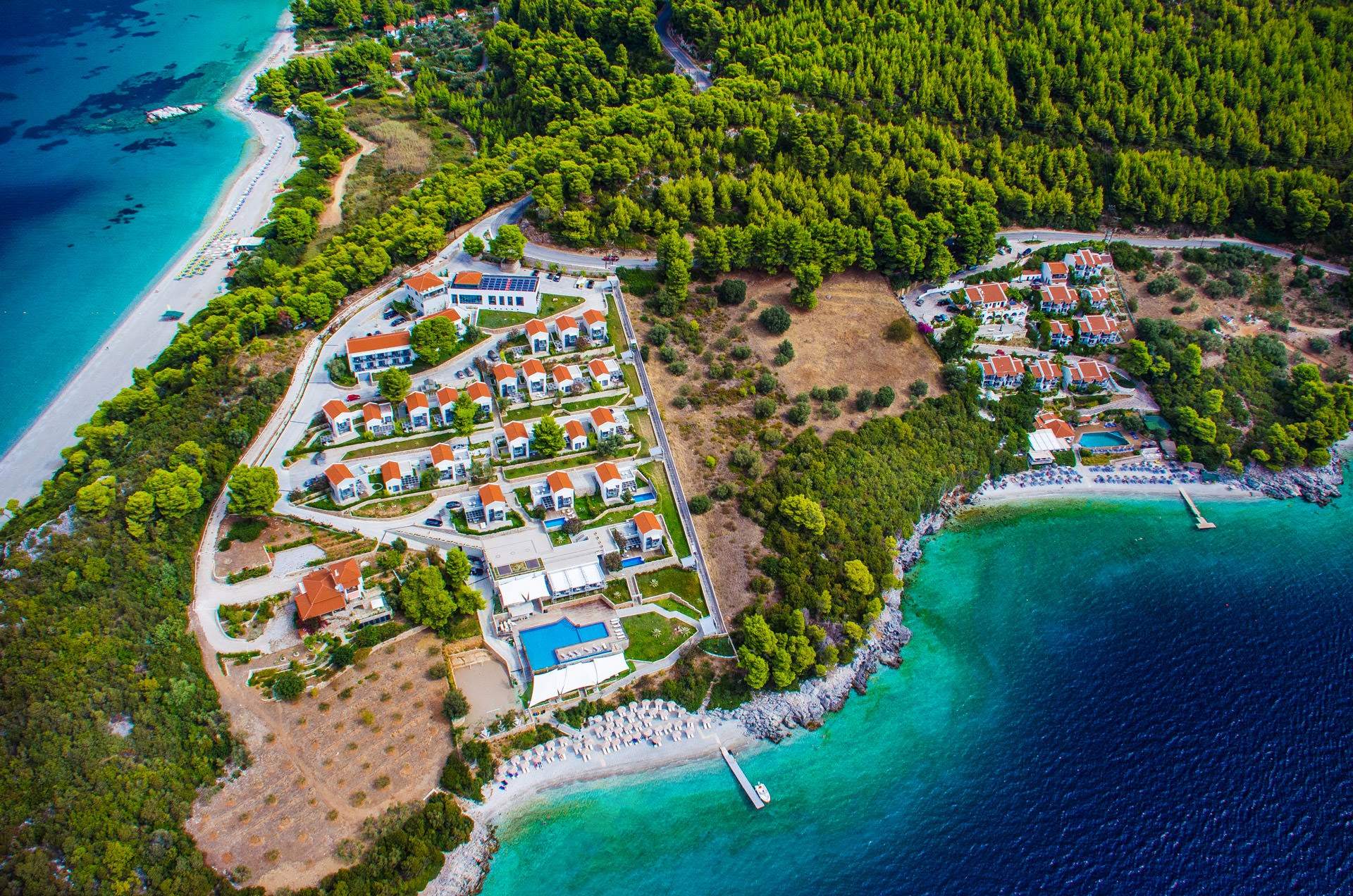 The Skiathos Princess resort is another option and has premier suites with your own beach view and private pool. A wellness restaurant and spa are also available – you’ll leave feeling refreshed and healthy.

Amélie takes you on a journey through the Parisian streets and subways as the main character attempts to return a small box of memories to its original owner. Amélie’s search takes her across Paris taking in the popular sites of The Louvre, Notre Dame Cathedral, The Sacre Couer and Montmartre on the way. 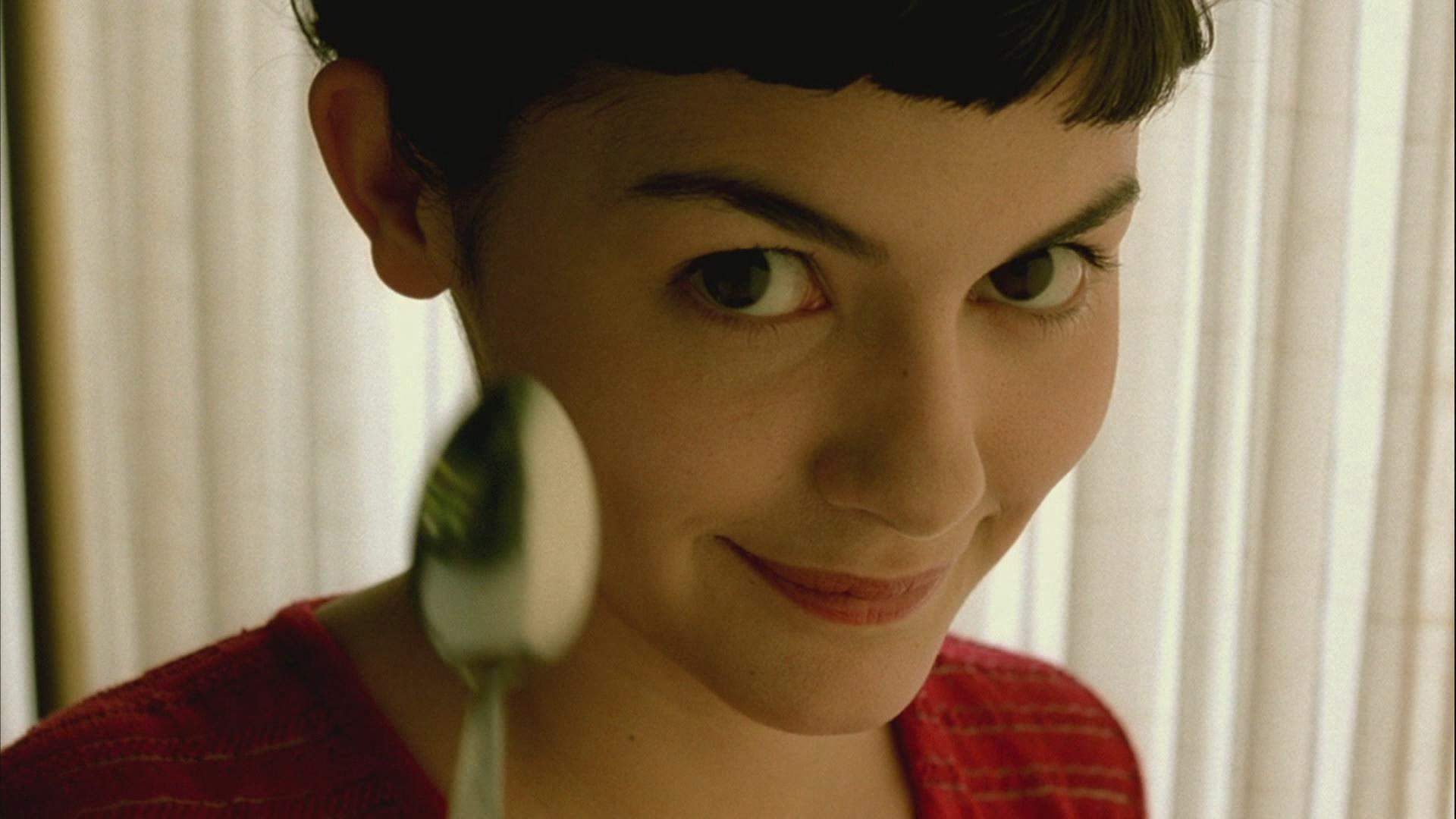 The cult classic film is a whimsical celebration of the French capital and has encouraged many to wander the city’s streets in search of the Café des Deux Moulins where Amélie worked. If you too have found yourself charmed by the twee film then there are plenty luxurious hotels to stay at in the northern district of Paris where Amélie was filmed.

Where to stay: The Hotel de Crillon is one of Paris’ oldest luxury hotels. The façade of the hotel was commissioned by King Louis XV and the building has been listed as a monument historique. 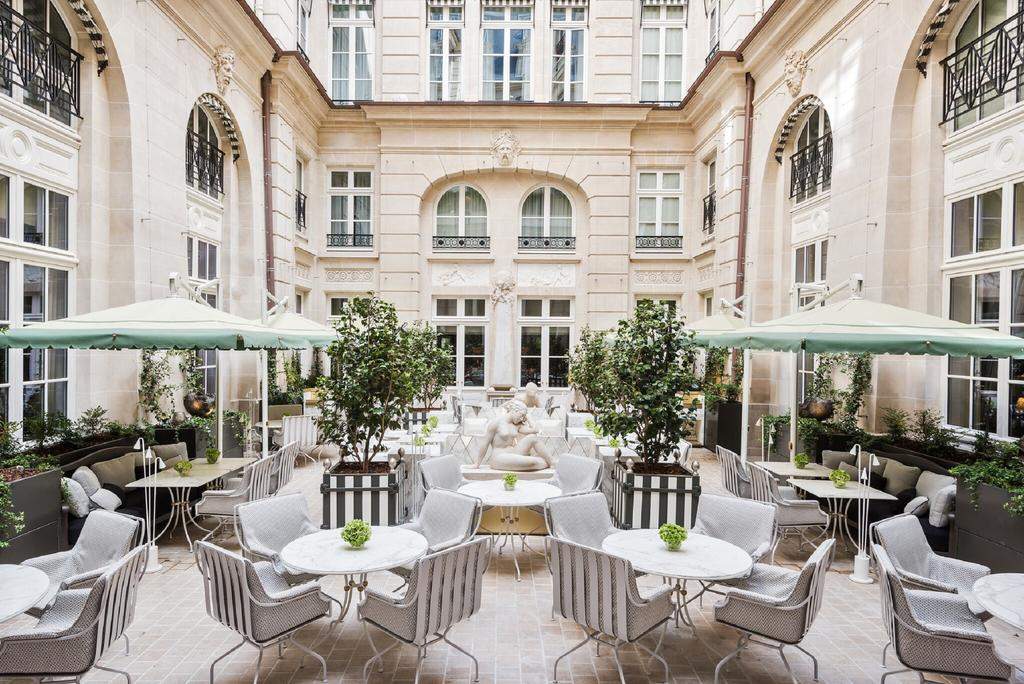 During your stay in the opulent Parisian landmark you can sample gastronomic delicacies at its three restaurants, enjoy views of the Eiffel Tower or get pampered in the spa. Signature suites can demand prices of more than $15,000 a night and come with their own butler service. This is the place to stay if you want to feel like a member of French nobility.