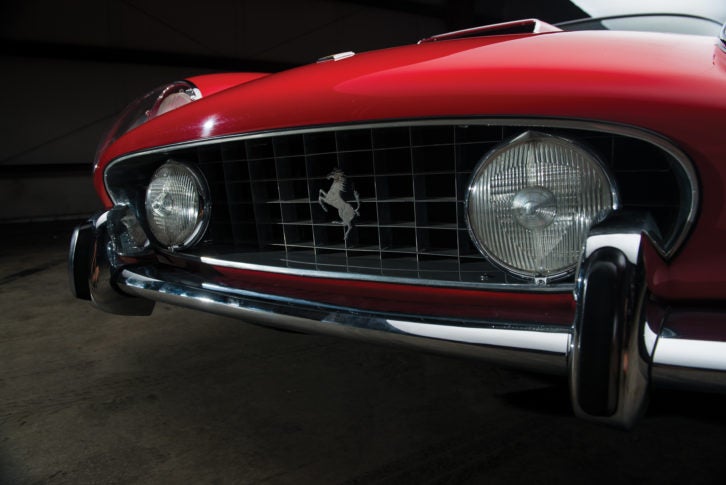 At the end of 2018 the Hagerty Price Guide, the UK’s leading index of classic car values, showed that 26% of the models it monitors had fallen in value in the preceding nine months. Although the market didn’t crash, an overdue correction had taken place.

Double-digit increases in value are great while they last, but unsustainable in the long term. Many investment classics that had risen quickly in value – early Jaguar E-Types, 1980s Ferraris, early Porsche 911s – were just too numerous to be stand-out assets and could not hold their value.

At the very top of the market, there are a group of cars that provide such kudos, such access to world-class events, and such downright exclusivity that there will always be people ready with the money to buy them.

So, what are these cars, what growth potential do they have, and how can they be bought? With the help of the Hagerty Price Guide, here are the five top collectors’ classic cars.

The 250 GTO must start our list, as it represents the pinnacle of classic car collecting. Just 36 examples of this 174mph grand tourer were built between 1962 and 1964.

A combination of Giotto Bizzarrini’s masterful engineering and Scaglietti’s gorgeous design created a perfect car: a GT that could be driven to the circuit where it dominated its class on the track.

The 250 GTO is the golden ticket, offering ultra-VIP access to every car show in the world, and currently tops the world rankings of most valuable cars at around $70m. 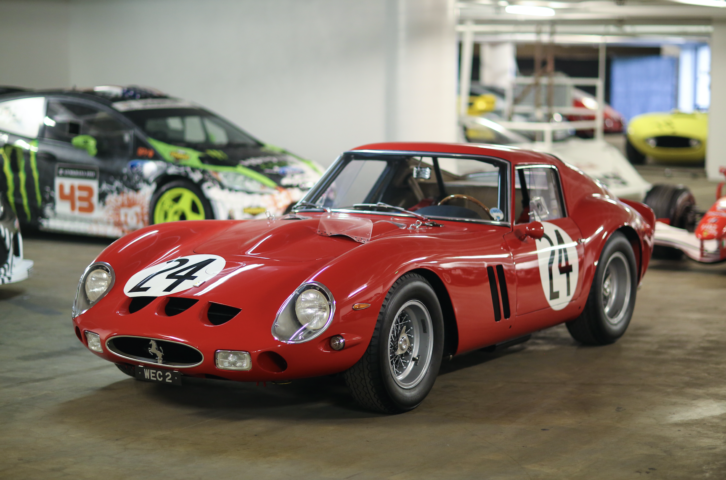 In January 2012, the UK Hagerty Price Guide showed the top value of the Series I Ferrari 250 GTO as $22.2m. By January 2019, this had risen to $61m. Have values peaked? Very unlikely; Hagerty expect a perfect example to change hands for $100m within ten years.

Very few brokers in the world could arrange this deal, and you need to be in their good books. Ideally, you should have a track record buying and selling multi-million-pound cars and have the funds ready. But, if you’re in that category, you probably know that already.

The 15 Fastest Ferraris Ever Built

There’s really only one car that could challenge the 250 GTO for the world’s most expensive classic car, and that is the Mercedes-Benz W196, specifically a W196S 300 SLR that started the 1955 Mille Miglia at 7.22AM.

The 300 SLR used the W196 F1 chassis that dominated the Formula 1 championships of 1954 and 1955 and spawned another W196 variant that is almost as well-known in motoring circles: the 300 SLR coupe developed by Mercedes-Benz motorsport boss Rudolf Uhlenhaut and driven as his road car. 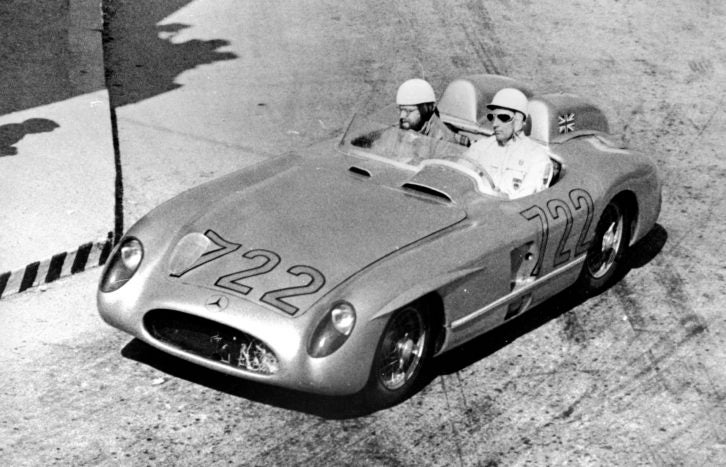 A W196 Formula 1 car driven by Fangio came to public auction in 2013, achieving over $30m inclusive of costs. Considering the rise in general of classic car prices since then, Hagerty consider its current value to be in excess of $52.3m.

Mercedes-Benz own both the 300 SLR ‘722’ and the Uhlenhaut Coupe. They’re not selling soon; you’d have to buy the company.

The Jaguar D-Type and its road-going brother the XKSS have everything a collector looks for: tiny production numbers, race success, and association with some of the biggest A-list names in the motoring world.

The D-Type won Le Mans three years on the trot from 1955 to 1957, and 25 of the chassis were converted to road-going XKSS specification, of which nine were lost in a fire at Jaguar’s Browns Lane works in February 1957.

One XKSS was famously owned by Steve McQueen, but the main problem with these cars is the prevalence of replicas; many people would make the automatic assumption that one seen on the road is not real. 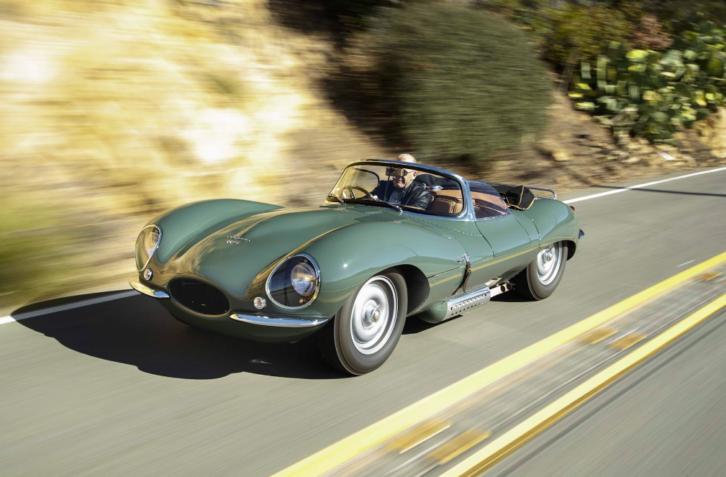 The value of less exclusive 1950s and ‘60s Jaguars has dipped over the last few years, and this has had a knock-on to the prices of the D-Type and XKSS, which have remained static (with top values at $10m and $16m respectively) in the Hagerty Price Guide for the past two years.

Recent auction sales – an XKSS in October 2017 and a D-Type in January 2018 – have been no-sales, with bids reaching under the reserve. Long-term growth is likely to be steady rather than stratospheric.

Given the flat recent values, it’s probably a buyer’s market. Speak to your top-level broker or watch out for the auction catalogs; owners may be open to an offer.

If 1950s Jaguars are on the wane then another, very different, classic British car is definitely on the up. The McLaren F1 was the brainchild of McLaren Chief Engineer Gordon Murray who, given the backing of Ron Dennis, made use of McLaren’s F1 expertise to build what he hoped would be the ultimate road car.

Unveiled in 1992, the car was – and remains – an extraordinary creation and the ultimate naturally-aspirated performance car. 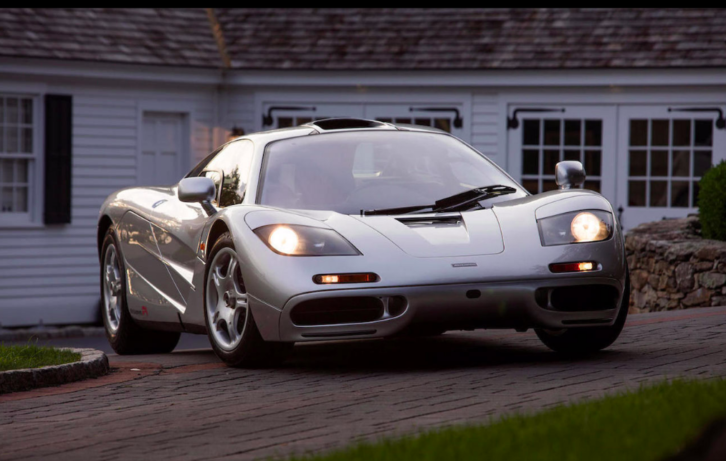 The teenagers and young adults who lusted after this when new are now in their late 40s and 50s; a few of them now have the money to buy one and want to be part of an ownership club that has included Jay Leno, Ralph Lauren, Nick Mason, Rowan Atkinson and Elon Musk.

Oh, and the club remains active: in 2017, 22 of the cars were brought together for a tour of the French countryside. Will values rise? Absolutely, says Hagerty, who expect a McLaren F1 (probably in LM spec) to top $26m in the next three years.

Like the McLaren, the California Spider was not primarily a racing car although it shares a strong racing heritage with its V12 Colombo-engined Ferrari 250 stablemates.

Achingly beautiful, its Scaglietti-designed body was made for the sun of the American west coast, and the money that lived there.

Ownership by the Hollywood A-list of the day such as James Coburn, Steve McQueen and Alain Delon only added to the car’s mystique. Indeed, the latter’s 1961 short wheelbase example, dragged unrestored from a barn, sold for a record $19.2m in 2015. 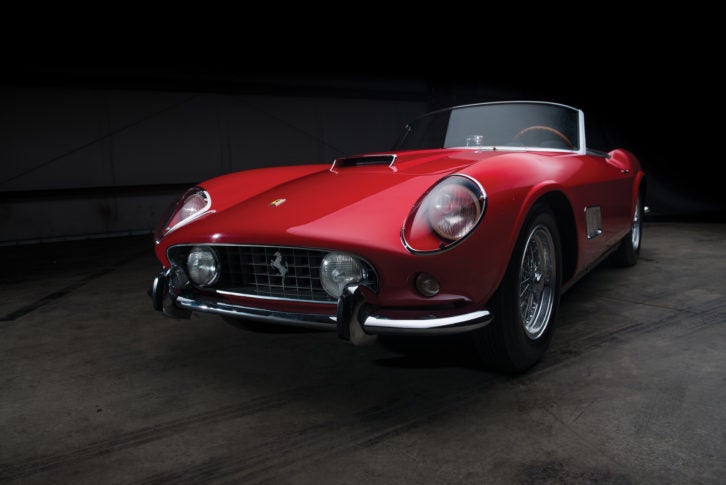 Whilst the Delon car’s value was an anomaly, Hagerty’s guide lists the most desirable alloy-bodied versions of the California Spider as having a top value of up to $23.4m. Values have been flat over recent years but are expected to rise gradually.

The name is a giveaway: look to the US. Despite the small numbers constructed, in the last few years there has been a steady flow of one or two examples offered at public auction each year in the US.

John Mayhead is the Editor of the UK Hagerty Price Guide, which tracks and analyses over 40,000 classic car values. It can be accessed at www.hagertyinsurance.co.uk.

The 10 Fastest Porsches of All Time