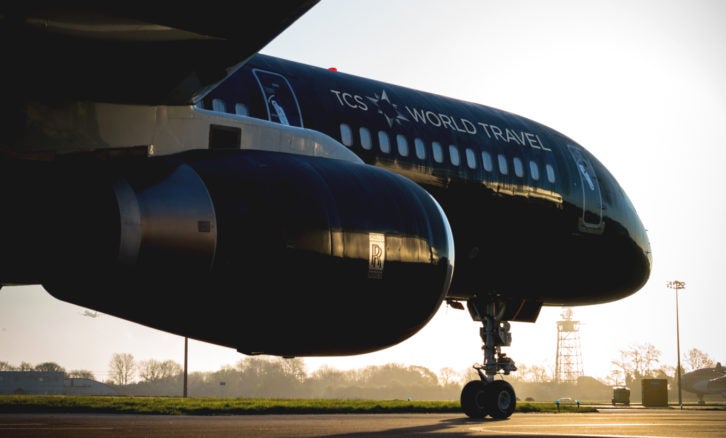 As president of a multimillion-dollar private jet travel company, Shelley Cline knows a thing or do about extraordinary destinations. She has traversed the globe with TCS World Travel since 1993 and has all the precious intel that you only truly uncover when you visit a place yourself.

In January 2020, TCS World Travel’s 300th private jet expedition will take to the skies — with Cline herself as the host; she is warm, welcoming and joyously enthusiastic about the joys of travel.

The itinerary covers seven destinations over 24 days, and every stop has been selected by Cline as a “life list” location. At each stop, the TCS team has created immersive activities to enjoy with your fellow travelers or, if you’d like to go it alone, a bespoke itinerary can be arranged.

The journey begins in Seattle, where you’ll stay at the Four Seasons Hotel Seattle. Explore everything the Emerald City has to offer as you meet your fellow travelers. Discover the bustling art scene with a visit to Seattle Art Museum, and enjoy dinner at Chihuly Garden and Glass to see striking glass sculptures by local artist Dale Chihuly.

Board the customized Boeing 757 with your travel companions and fly to Kyoto, Japan. The city is culturally rich, and has so much fascinating history and so many incredible sights to uncover: 17 Unesco World Heritage Sites, 1,600 Buddhist temples, 400 Shinto shrines, the iconic torii gates at Fushimi Inari Shrine and a 50-ft-tall bronze Buddha statue. Lose yourself in the enchanting Arashiyama Bamboo Forest or slurp oysters at Nishiki Market. After a busy day, retreat to The Ritz-Carlton, Kyoto for some Zen — the hotel sits on the banks of the Kamogawa River and has seriously serene Japanese gardens.

The entire city of Luang Prabang in northern Laos is a Unesco World Heritage Site, and for good reason: It is set in a valley where the Mekong and Nam Khan rivers merge, and it is known for its intricate Buddhist temples (be sure to see the 16th-century gilded Wat Xieng Thong). With Belmond La Résidence Phou Vao as your home base, witness the Buddhist traditions during the morning almsgiving (you can join in) or go on a gentle river cruise down the Mekong River to the Pak Ou Caves. 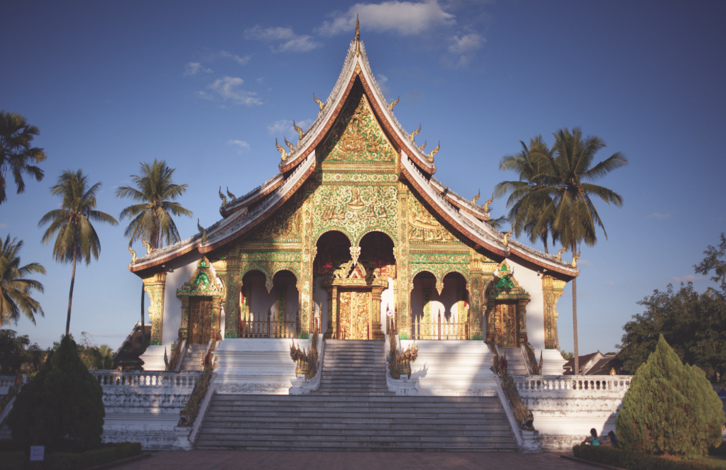 There’s no place that does barefoot island luxury quite like the Maldives. This is your time to relax and unwind in the blissful setting while staying at Shangri-La’s Villingili Resort & Spa. Grab a snorkel to see the underwater kingdom (look out for manta rays, nurse sharks and the hundreds of different species of fish) or glide through the crystal-clear water in a kayak or glass-bottom boat.

Volcanoes National Park in Rwanda is where Dian Fossey famously studied mountain gorillas in their natural habitat, and you’re set to do the same. Stay at the lauded Bisate Lodge — the setting alone is awe-inspiring. It is built into a natural amphitheater formed by eroded volcano cones, and the six forest villas pay homage to Rwandan culture with traditional cone-shaped thatched roofs. All have spectacular views of the surrounding volcanoes. The other accommodation choices are Singita Kwitonda Lodge (named for a great silverback gorilla known for his gentle nature), which is surrounded by wetlands and pretty meadows, and One&Only Gorilla’s Nest set at the foothills of the Virguna Volcano Range.

Go in search of mountain gorillas and golden monkeys with an expert guide, or trek to Dian Fossey’s grave. “Watching a family of endangered mountain gorillas in the lush bamboo forests so up close and personal really makes you understand the connection we have with them,” according to Cline. “One of the neat things about traveling there with TCS is that we have a personal presentation and discussion with the veterinarians who care for the gorillas, and we learn so much about their efforts.” If gorilla trekking isn’t for you, you can choose to head to Kigali to uncover this bustling city’s culture. Go for a helicopter tour to see as much as you can.

The Namib Desert has existed for around 55 million years, and seeing its otherworldly landscape is a must — the enormous red sand dunes are best viewed from above, so head on a flightseeing excursion over the Diamond Coast. Or, thrill seekers can hop on a quad bike and race around the sand dunes. Retreat to the Strand Hotel Swakopmund for a beer (the hotel has its own brewery) and relax on the private beach.

There’s only one Copacabana Palace, and it has hosted many famous faces since opening almost a century ago. It is now a Belmond property, so you can expect super-plush amenities, such as one of the biggest swimming pools in Rio. Get into the rhythm at Samba City, where local dance groups prepare for the street carnival. Here, no color is too bright and no costume too flamboyant. A trip to Rio isn’t complete without seeing the Christ the Redeemer statue.

It stands on top of Corcovado Mountain; you can fly there by helicopter and watch the vibrant city beneath you as you soar up to the peak and see the iconic statue. This experience is one of Cline’s most cherished memories: “We arrive in the dark and are the only ones there as the sun slowly rises, illuminating the statue and the amazing vistas all around. That in itself is truly special, but the moment becomes even more memorable when, during a helicopter tour over Rio later in the day, you see hundreds of people at the statue. It’s so cool to note the contrast between the throngs and how we were there alone with our small group just a few hours earlier.”

The Gálapagos Islands are not just spectacularly scenic and teeming with endemic wildlife; they are utterly fascinating (just ask Charles Darwin). Safari and wildlife spotting is the focal point, and you’ll get close to the action by kayaking or snorkeling among the creatures, including marine iguanas, great frigatebirds, sea lions and Sally Lightfoot crab). With extremely limited lodgings, the best way to explore is by sea. Board the Silver Galapagos to see it in style: she has a beauty salon, library and piano bar.

As your epic journey draws to an end, spend the final night in Orlando for a farewell dinner. You’ll depart the following day with your camera filled to the brim, bucket list well and truly ticked off, and memories to last a lifetime.