Ferrari isn’t exactly synonymous with daily drivers; two of its models, though — the GTC4Lusso T and the Portofino — debunk that notion.

Deep within Ferrari lore, it is known that the strong-browed, brilliantly coiffed Enzo Ferrari preferred automobiles that transported him to the track over ones that raced on it.

Despite the fact that his company cemented its status as the ultimate builder of street-legal race cars, Il Drake personally favored Prancing Horse’s Grand Tourers, like the 250 GT/E or the 330 GT: sports cars meant to be packed with weekenders, golf bags and beach towels, then driven up mountain passes and down to coastal hamlets. 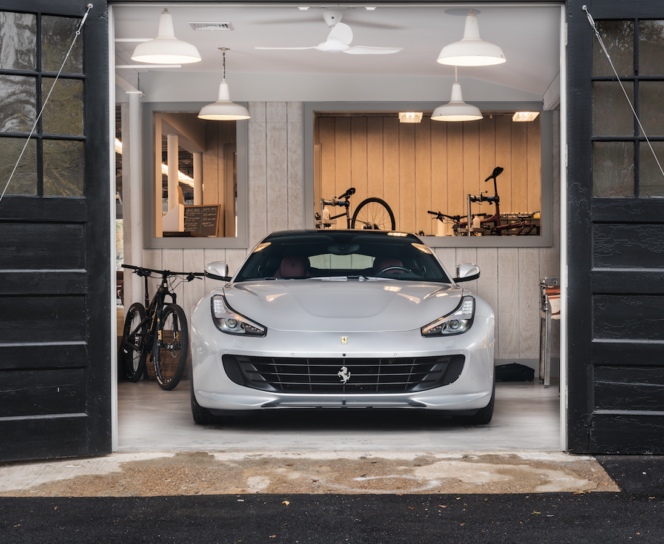 The Ferrari Portofino ready for action

Paradoxically enough, a stigma has long trailed Ferrari’s 2+2s. The arrival of the GTC4Lusso T, the FF’s successor and Ferrari’s first V8 turbo-powered four-seater, as well as the Portofino, a stealth roadster that serves as the replacement to the California T (the best-selling vehicle in Ferrari’s 71-year history), could resolutely settle the issue.

To test this, Elite Traveler worked the duo of cars through their paces on Southern California’s coast.

Related: The Fastest Ferraris of All Time

Santa Monica’s perpetually sandy Bay Street parking lot is enjoyed by local surfers and Chanel location scouts alike, but not a single head turns as I pull in. The burbling arrival of the long, low, glass-roofed GTC4Lusso T, glistening against the late afternoon light, encapsulates the brand’s messaging. 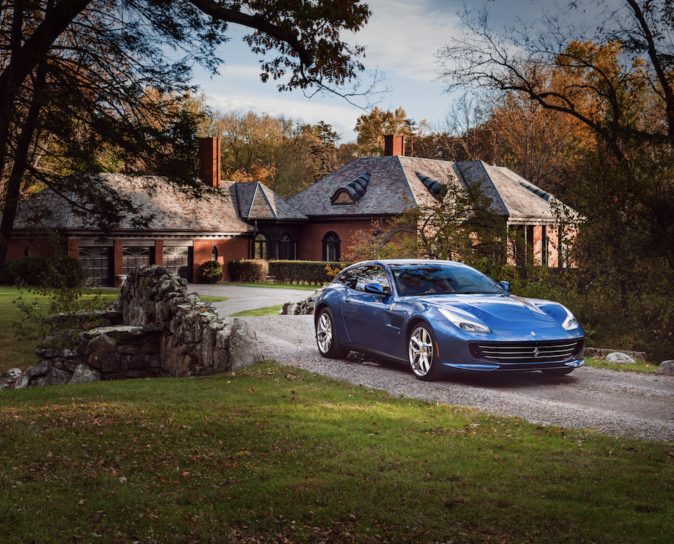 Behold a nimble and light shooting-brake coupé with a fastback-esque silhouette that’s also “perfect for driving on a daily basis.” Unquestionably, this Ferrari adapts to its surroundings. Measuring 3.5 inches longer than the 2019 Toyota 4Runner and boasting four full adult-capable seats, the 602-hp turbocharged rear-wheel-drive V8 is undoubtedly enigmatic.

Its seven-speed dual clutch can change gears fully automatically, but the paddle shifters are more of a delight than a three-bears-type hindrance (too big, too small, too delicate, too stiff). I find myself purposefully downshifting to enjoy the crisp pop and gurgle, a welcome confirmation of the GTC4Lusso T’s designation within the Prancing Horse moniker. 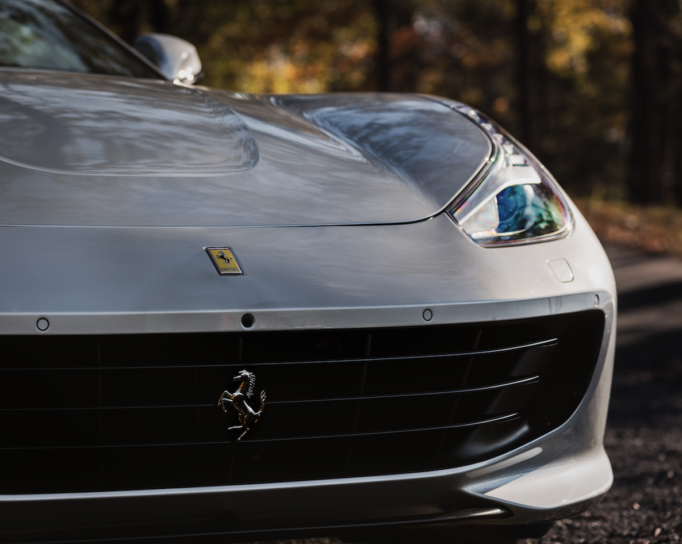 The steering wheel incorporates push-button turn signals, which admittedly take some getting used to, as does the engine start/stop button. It can easily rival any F1 wheel in terms of buttons and knobs, but also in pragmatism, as the drive modes option — or manettino — sits on its lower right.

Lusso, which means luxury in Italian, flows through the entirety of the GTC4Lusso T, from the improved sound insulation via a 25 percent decrease in climate control system noise to the newly launched dual cockpit architecture — a meaningful investment to ensure the oft-forgotten or absent luxe passenger space is equally as customizable and comfortable as that of the driver.

Ferrari directs the GTC4Lusso T to those seeking something “sporty and versatile.” It’s also the lighter, rear-wheel drive, evolved sibling of the GTC4Lusso, a 681-hp, naturally aspirated, all-wheel-drive V12. Removing four cylinders from the front engine drivetrain shifts an impressive amount of the balance rearward, a welcome equilibrium whether you’re diving into corners or accelerating into straightaways.

The scorched earth, the black, burnt chaparral that’s the inevitable aftermath of fire runs from the inland valleys of Los Angeles straight to the Pacific Ocean.

Searching for distractions, moments of wonder and awe to deflect the tough times ahead, everyone from Malibu valets to Santa Barbara firefighters marveled for the solid 14 seconds it took to go from hardtop convertible to multilayered trunk accessory — and that’s without even mentioning that the transition can occur at speeds up to 25 mph.

And although the Ferrari Portofino is well-proportioned and sharply angular, it’s still the brilliant hardtop that flat-packs into the trunk that’s the showstopper. 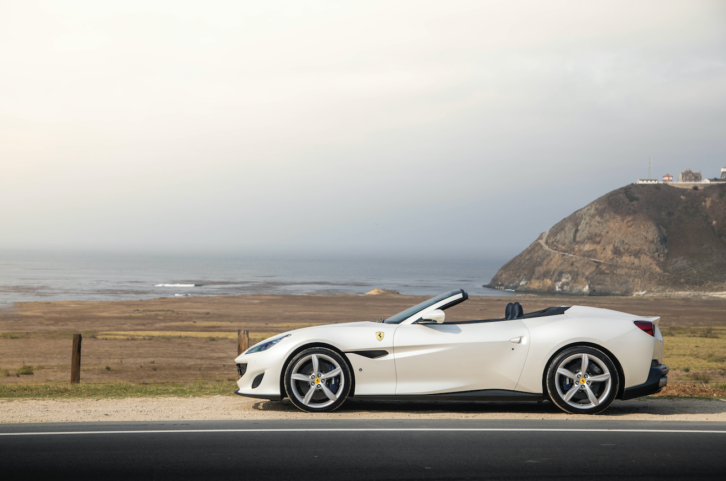 The Portofino is one of former Ferrari chairman Sergio Marchionne’s swan song production cars. The beloved boss, who was responsible for Ferrari’s significant profit and autonomy from Fiat Chrysler Automobiles, passed away last summer.

At 591 hp, the twin-turbo-charged V8 highlights the features, big and small, that make owning a piece of the Prancing Horse so desirable. Replacing the California T, widely regarded as the first entry-level Ferrari, the Portofino can function as both commuter car and weekend delight. 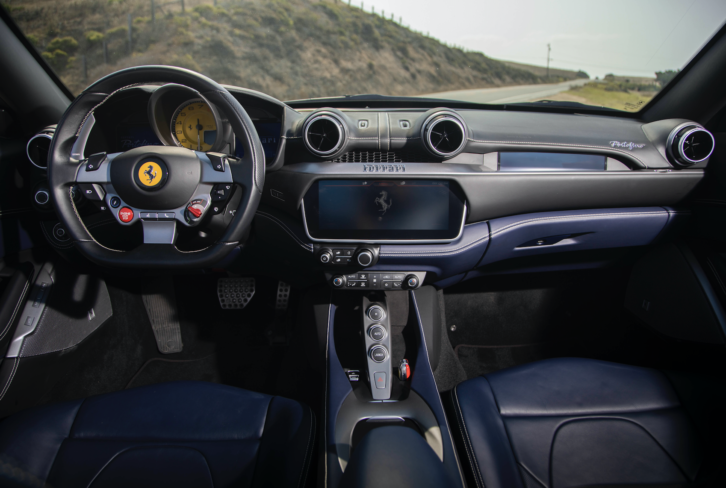 It clocks 0 to 60 mph in 3.2 seconds with 561 lb-ft of torque. Interestingly, though, the engine-management system doesn’t allow all-access in first through third gears. In fact, only in seventh is all the torque available. In auto-shifting mode, the transmission promptly cycles into seventh at every opportunity — call it Maranello-based fuel efficiency.

There are 18-way power seats and, in addition to the central 10.2-inch infotainment screen for driver and passenger, there’s a separate 8.8-inch passenger-only screen. Of course, the heartpumping snarls and snaps courtesy of the quad tail pipes come standard.

This article originally appeared in the Spring 2019 issue of Elite Traveler.

Related: The Fastest Ferraris of All Time