Tourbillons are beautiful and hypnotic. They slowly spin 360 degrees, and observing the beating heart of the watch movement is mesmerizing. These women’s tourbillon watches feature lacquer, diamonds, fabulous gems and unique movement architecture that make them wearable pieces of art. 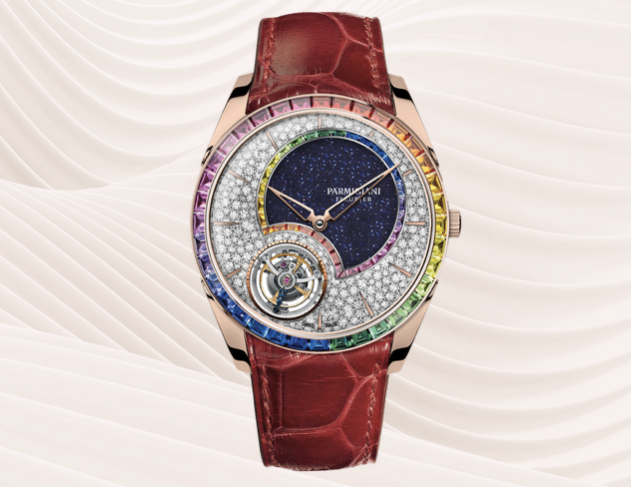 Parmigiani Fleurier’s manufactures do it all, from making the tiniest screws to the most complicated movements, and it brings all of its expertise together in this incredible timepiece. It’s also known for impeccable gem-setting, on display here with 40 baguette-cut gems in a rainbow encircling the bezel as well the moon-shaped aventurine dial — and the rest of the dial is set with 572 diamonds. The watch shows hours and minutes on skeleton hands to let the beauty of the dial shine through. While the gem-setting is spectacular, it’s not the only reason to love this watch. At 7 o’clock, there’s a hypnotizing flying tourbillon. It comes with a red alligator strap or on a rose gold bracelet for a jewelry look. The self-winding movement has a 48-hour power reserve. 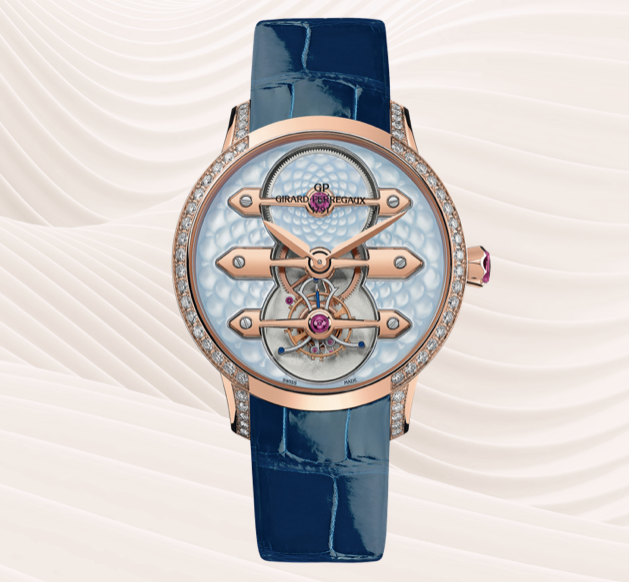 Girard-Perregaux is famous for its three bridges motif, which has appeared in its timepieces for over 225 years, and for its high complications, which frequently appear in ladies’ timepieces; its first ladies’ tourbillon was released in 1997. In this beautiful 38mm watch, the three golden bridges sit atop a shimmering, delicate mother-of-pearl dial, which is hand-engraved and hand-painted. Diamonds are set on part of the case and on the lugs, adding shine. The tourbillon appears at 6 o’clock, and it has a small hand to indicate seconds. It has a 50-hour power reserve driven by a self-winding movement. The level of finishing is worth noting: It takes a skilled artisan one week to polish just the bridges, and each part of the movement is created and polished by hand. The Astronomia watch has entranced and enthralled the watch community since its release in 2013, appearing in variations with celestial bodies and intricately carved animals. Now, Jacob & Co brings a feminine touch to the famous movement, which makes a full rotation above the mother-of-pearl dial every 10 minutes using a patented system to ensure that the 12 and 6 o’clock positions on the subdial are always at the correct position, regardless of where the subdial is. Three arms branch out from the center of the movement and are decorated with beautiful gem-set flowers, and more flowers are dotted throughout the movement, while the flying tourbillon is set beneath a delicate golden butterfly. The complexity of the movement is absolutely breathtaking; expect to spend more time marveling at its beauty than you do checking the time. 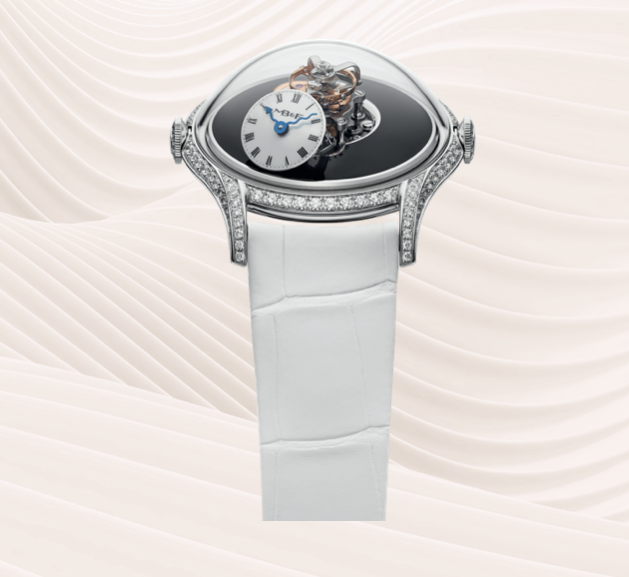 For its first ladies’ watch, MB&F knew it had to create something special, and it certainly delivered. The Legacy Machine FlyingT has a truly unique movement architecture, with the vertically stacked movement towering from the center of the dial, topped by a flying tourbillon. The height of the movement requires a domed sapphire crystal, which is very distinctive. The slightly curved dial is covered in rich black lacquer, and the white gold case is set with diamonds, creating a sharp effect that allows the movement to take center stage. Even telling the time isn’t obvious; there is a discreet, angled dial at 7 o’clock that is visible only to the wearer. There are several versions available, including a stunning dial with baguette-set diamonds and one with a beautiful blue guilloché dial in a platinum case.