The world’s very first spirit was originally distilled in 2nd Century India. The first bottle of distilled water was made by the mythical alchemist Zosimos of Panopolis during Byzantine Greece. Since then the world of alcohol has come quite a long way, with everywhere from the finest restaurants to humble bars taking in spirits, whether they serve them in cocktails, as an aperitif or on the rocks.

The spirits industry in the US is now worth well over $200 billion, with several of manufacturers taking it upon themselves to start producing high-end bottles to tailor to the thriving market. While you will see plenty of luxury bottles of whisky and vodka decorating the shelves of the world’s finest bars and restaurants, some of the world’s most expensive spirits will be kept under lock and key for years on end. Most recently the world’s most expensive vodka was unveiled for a huge $5.5 million. While the bottle contained six liters of vodka, the bottle alone was valued at a huge $4.6 million, mostly down to the fact that it was made of 620 carat diamonds and two kilograms of 18 carat gold. 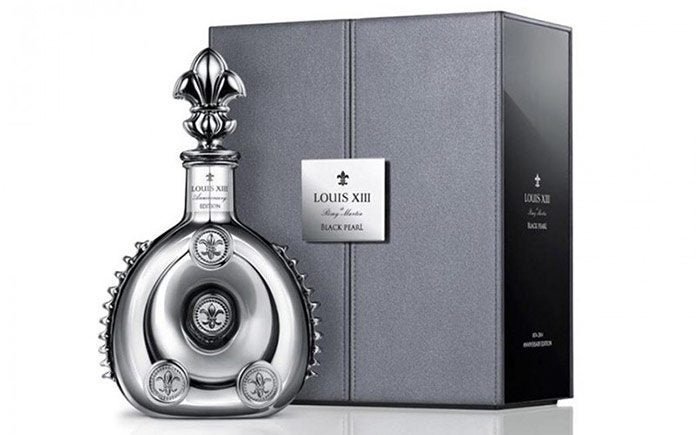 This luxurious Cognac is created from a blend of over 1200 grape eaux-de-vries from Grande Champagne.  The famous spirits brand produced a limited number of 775 Louis XIII Black Pearl Cognacs to celebrate their 140th anniversary. The bottle itself was produced in collaboration with crystal maker Baccarat. Its design is a replica of the ornate metal flask that Paul-Émile Rémy Martin found on the Jarnac battlefield in 1850; the same flask that inspired him to make Louis XIII cognac – or so the legend goes. 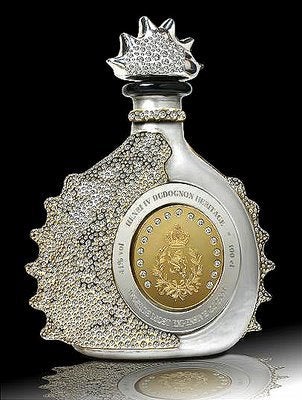 This premium cognac can only be produced once a century. First produced in 1776, the Dudognon Henri IV Cognac is aged in barrels for 100 years. The platinum bottle is dipped in 24 karat yellow gold and is emblazoned with the crest of Henri IV. It has claimed the title for the world’s most expensive cognac and special one of a kind bottles were released to tribute Michael Jackson, Princess Diana and Dubai. 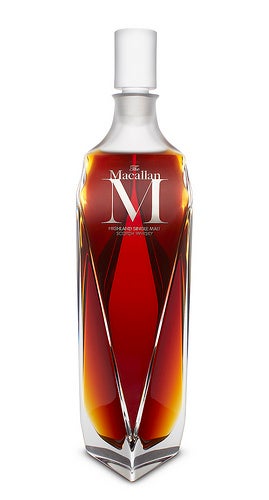 The Macallan M broke the world record for the most expensive whisky when it was sold at a Hong Kong auction for $628,000 in 2014. The luxuriousness of a whisky is usually down to the casks age, however the M Imperiale demands such a high price because of the unique blend, which the Macallan distillery spent two years deciding on. The bottle itself – known as Constantine – took 40 attempts to create and only four exist. 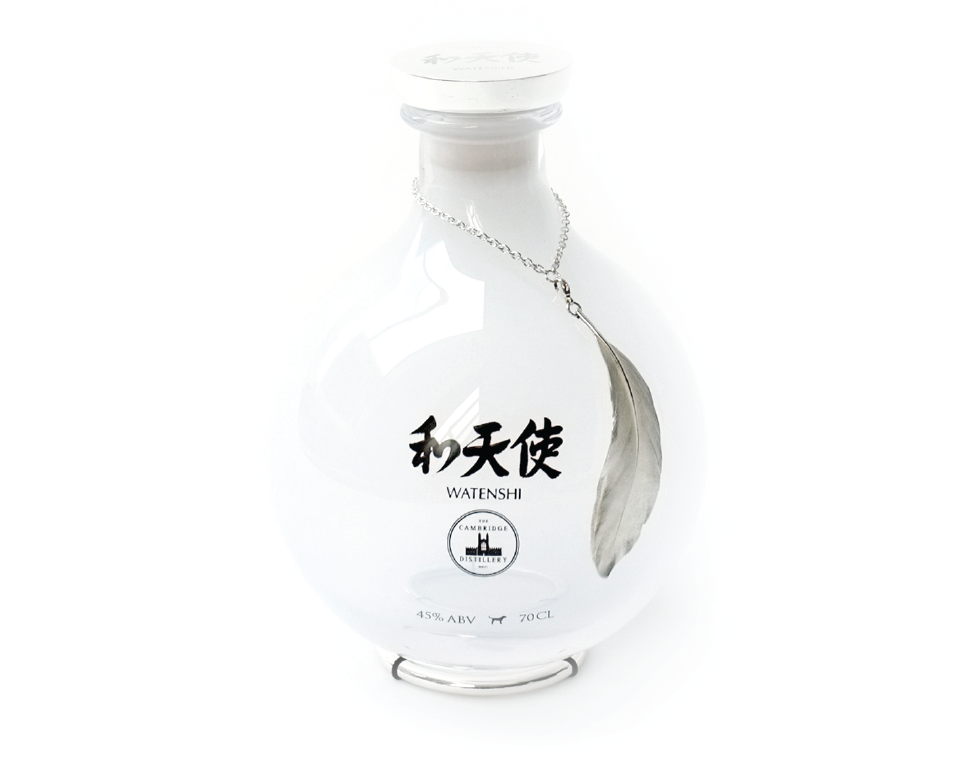 When creating Watenshi, master distiller Will Lowe, wanted to capture the angels share; the portion of alcohol usually lost to evaporation. In order to retain this angels share a complex distillation process has to be employed. The gin is apparently distilled at “half the pressure found on top of Mount Everest and at a temperature lower than the coldest day recorded at the South Pole”. The result is an intense and complex gin with notes of “citrus, spice and bitter juniper. 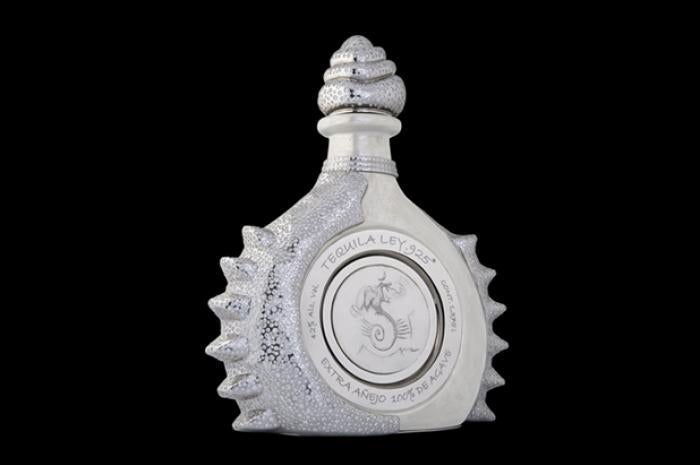 Tequila Ley has transformed the hangover inducing spirit into one of the most exclusive drinks on the luxury market. The bottle is designed by Mexican artist Alejandro Gomez Oropeza and is covered in 4,100 diamonds. The tequila inside is produced from the blue agave plant and is aged for six years before bottling. It previously held the Guinness World Record for the most expensive spirits before being blown out the water by D’Amalfi Limoncello. 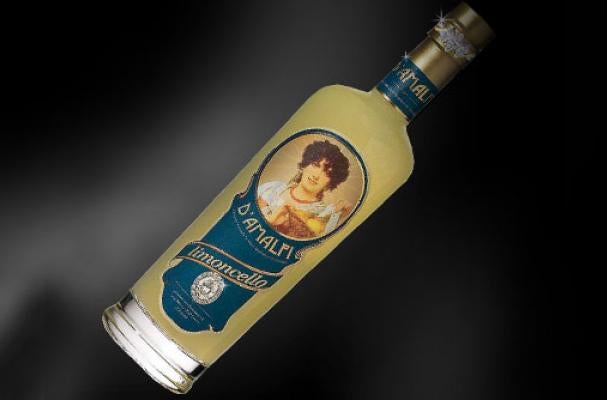 Undoubtedly this bottle will remain one of the most expensive spirits ever sold, this bottle of limoncello was commissioned specially for a customer of the Antica Distilleria in Italy. Only one other bottle exists. As with many of these products the price is mostly due to the bottle which contains three 13 carat diamonds on its neck and a rare 18.5 carat diamond on the front. The liquor itself is produced in the Amalfi coast, which is renowned for its sweet lemons, but it’s a high price to pay for an after dinner digestivo. 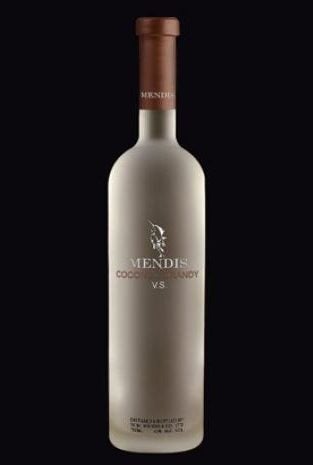 Contrary to popular belief this premium brandy is not made from coconuts. The clear liquid is produced from the flowers from palm tree, which gives it a subtle coconut flavor. But what do you get for your million dollars? Alongside a bottle of the best brandy you also get first class flights and a seven day stay in the Maldives. Whilst out there you will be taken by private helicopter to Sri Lanka and you will receive a personal tour of the Mendis distillery where W.M. Mendis, himself, will present you with the bottle. 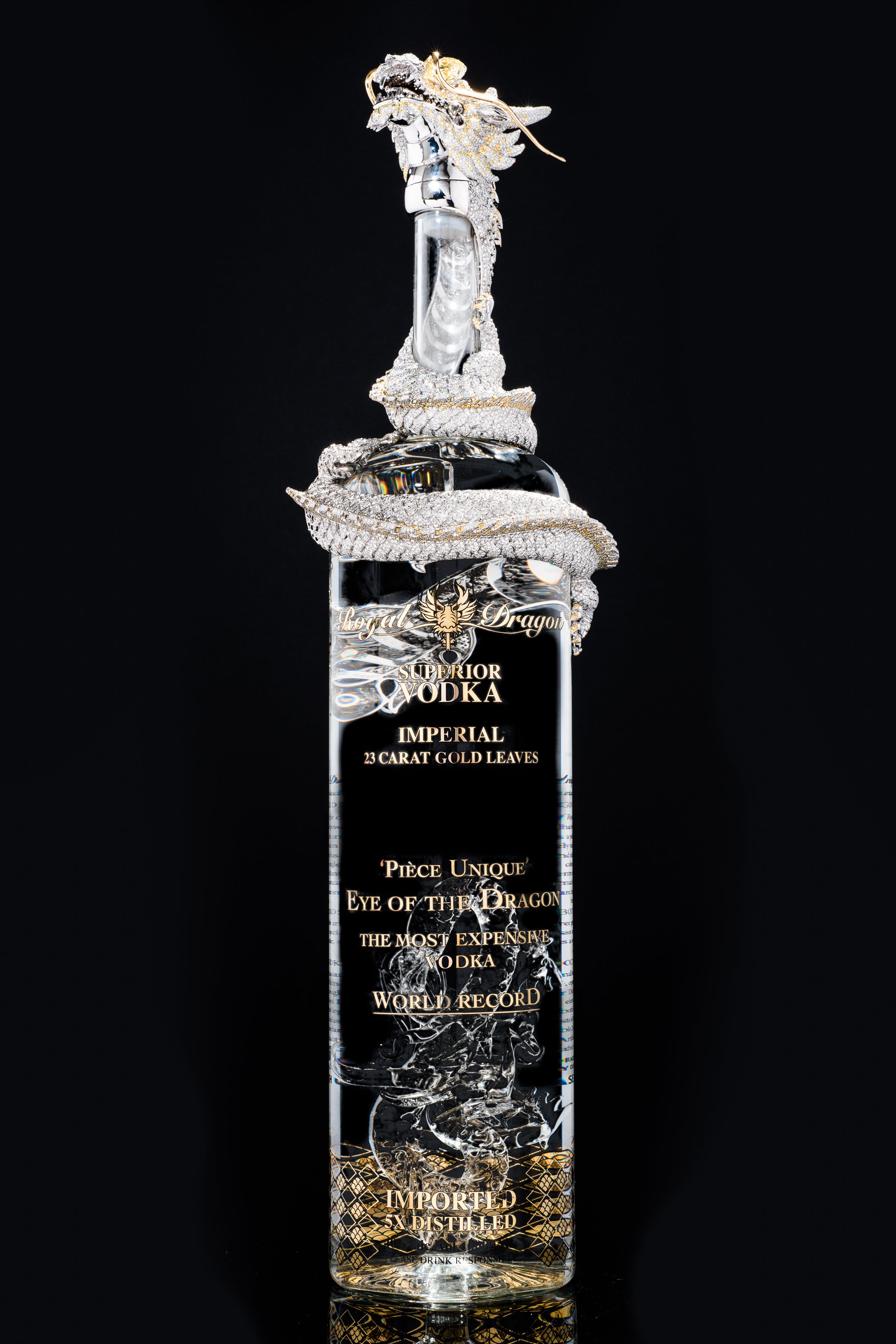 The spectacular one of a kind bottle, named ‘The Eye of the Dragon’, is encrusted with 15 thousand diamonds and has an estimated value of $5.5 million.

The majority of the cost comes from the bottle itself, which is made of hand blown glass, two kilograms of 18 karat gold, an opulent 50 Carat yellow diamond and has a golden dragon emerging from its neck. It took eight months to design and produce and the total value of the 620 Carat diamonds are valued at $4.6 million dollars alone.

The bottle has been created by Michel Warren and, the award winning, Royal Dragon Vodka in collaboration with Scarselli Diamonds New York. The bottle contains six litres of the five times distilled vodka – making it worth almost $23,000 a shot, and easily one of the world’s most expensive spirits.