Throughout history Prague has seen monarchs rise and fall, and made itself the epicenter of European culture, leaving a rich legacy for visitors.

Elite Traveler has assembled a selection of Prague’s must-visit attractions. Immerse yourself in the history of Lobkowicz Palace, discover the intricate engineering of the Astronomical Clock or spend a day at the Prague Zoo. The City of Hundred Spires will entertain you in a thousand ways.

A horse market in medieval times, Wenceslas Square has always played an important role in the business and entertainment life of Prague.

Used for festivities and other major events, the Square, though resembling more of a Boulevard, is now home to multiple restaurants, cafés, galleries and shops. Strolling around the square one cannot fail to be impressed by the surrounding historic buildings, especially the dominating neoclassical Czech National Museum and the statue of Wenceslas himself, the patron saint of Bohemia and to whom the Christmas carol “Good King Wenceslas” is attributed. 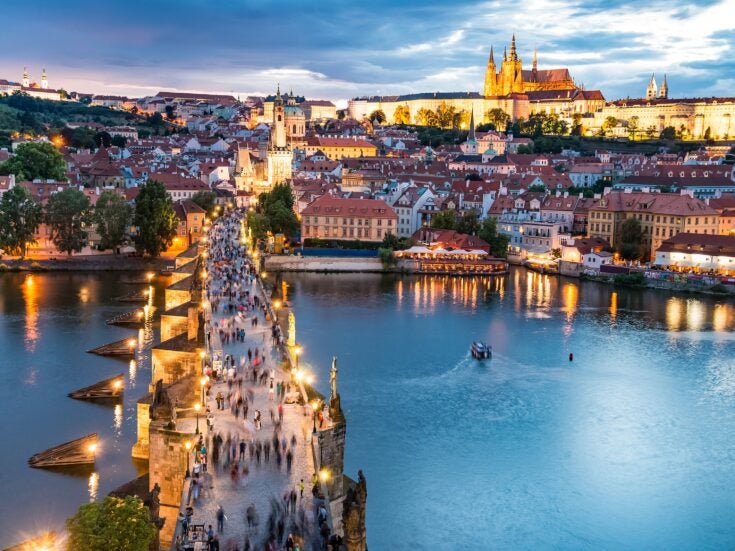 The 11 Best Restaurants in Prague

The Astronomical Clock is perhaps the most visited of all Prague’s tourist attractions. And for good reason.

This medieval clock is a masterpiece of early engineering, created in 1410 with pieces added in the late 15th century. The clock has received several additions over the last 100 years, including Gothic features and moving figures. Badly damaged during the Prague Uprising in 1945, the clock underwent extensive repairs to restore it to its former glory. Make sure you arrive on the hour, as you will witness the famous Apostles figurines clockwork show.

The Prague Castle complex contains many historic buildings, but none so important as St. Vitus Cathedral.

This Gothic cathedral was commissioned in 1344 and took more than 600 years to complete. The site of coronation for Czech kings and queens, the cathedral now dominates the enormous Prague Castle site and serves as an imposing tomb for Holy Roman Emperor Maximillian II and Bohemian kings, including Charles IV and Wenceslas IV. Must-sees include the Crown Chamber and Alphonse Mucha’s painted glass window in the Archbishop’s Chapel, which adds a gracious tone to the extravagant Gothic interior.

Completely surrounded by the Old Town, Josefov is the renowned Jewish Quarter of Prague, named after the Holy Roman Emperor Josef II who did much to improve the life of Jews in the city.

The Jewish Quarter has undergone a turbulent history, including anti-Semitic impoverishment and Nazi occupation, when Hitler allegedly planned to turn Josefov into a museum of an extinct race, but today the synagogues and prayer halls have been restored and the area is a flourishing tourist attraction. The Jewish Museum preserves much of the area’s history, including the oldest preserved synagogue in Central Europe, the Old-New Synagogue. We recommend visiting the Old Jewish Cemetery, the oldest surviving Jewish cemetery in Europe, where more than 100,000 people are buried – one on top of each other due to lack of space. The tightly packed 12,000 tombstones mark the twelve layers of graves underneath.

Lobkowicz Palace is the only privately owned building within the walls of Prague Castle, and a private visit along its elegant halls has become a favorite ‘must-do’ for elite visitors to Prague.

Originally known as the Pernštejn Palace, built by Czech nobleman Jaroslav of Pernštejn in the mid-1600s, it has been owned by the Lobkowicz family for centuries. The Palace’s immense collection includes many artworks from the 12th to 20th century, all accessible to the public, as is the grand Imperial Hall, Concert Hall, Balcony Room and Terrace, where guests can enjoy lunchtime classical concerts. Some rooms are available to hire for private parties and events, offering a grand stage for intimate occasions.

Castles, museums and history first spring to mind when you think of Prague.

So it may come as a surprise to learn that this wonderful city is home to over 4,500 animals and 630 species in its 111-acre Zoological Garden. Visitors will see safari wildlife such as lions, giraffes and elephants, in addition to Przewalski’s famous horses, gorillas, seals, Komodo dragons and much more. Prague Zoo is easy to reach, located just outside of Prague on the hillside near the Troja castle. We recommend you allow a full day for exploring all the attractions the zoo has to offer.