Spain is rich in culture and history and is particularly loved for the diversity offered by its many cities. Barcelona, Madrid, Valencia and San Sebastian are all prime tourist destinations, but that vast majority of visitors never explore Spain’s hidden wonder, the great outdoors. Escape the crowds and explore Spain’s natural wonders from rolling hills to mountain ranges. The country offers some of the most beautiful landscapes in Europe and the trails are invariably well maintained and clearly marked. Here, we take a look at some of the best hiking trails in Spain for you to explore.

Meaning the King’s Little Path in Spanish, this glorious trek (featured image) is a little under two miles long, but it still leaves a lasting impression on all brave enough to undertake it. And, yes, bravery is certainly required. The pathway is pinned against the vertical walls of the El Chorro gorge in Malaga. It was originally constructed for workers to commute between two local power plants and gained its name in 1921 when King Alfonso XIII crossed it. Over the decades it fell into a state of disrepair and was labeled the most dangerous trail in the world following five deaths in 1999 and 2000. However, following an extensive refurbishment, it reopened to the public in 2015. While it is no longer nearly as dangerous, it is not recommended for anyone with even a touch of vertigo – the pathway is 330ft above the gorge floor at its highest point! 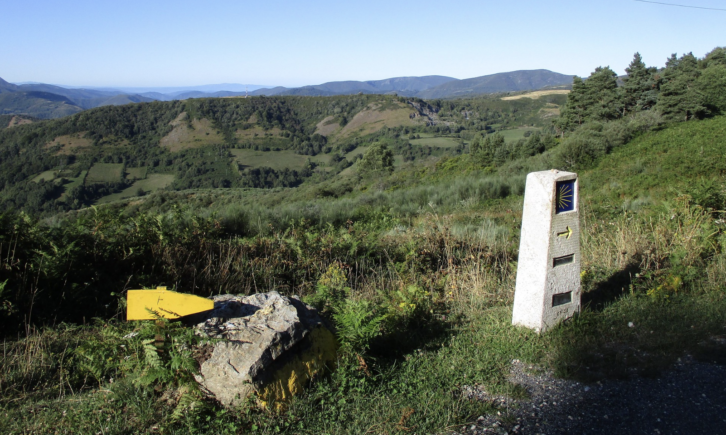 Quite possibly the most famous walking route in Europe, the Camino de Santiago’s history stretches back thousands of years. Once a Roman trade route, this 500-mile trek eventually became a spiritual experience for disciples of the martyr St. James, who is believed to be buried at the route’s finishing point in Santiago de Compostela. While the religious element has faded substantially in modern times, today the trail is undertaken by more people than ever. In 2019, almost 350,000 pilgrims completed some form of the route. The main route begins in St. Jean Pied-du-Port in France and winds its way through the north of Spain. It takes most people over a month to complete. There are a number of different starting points within Spain offering a shorter and less strenuous alternative for those with less time and/or patience. 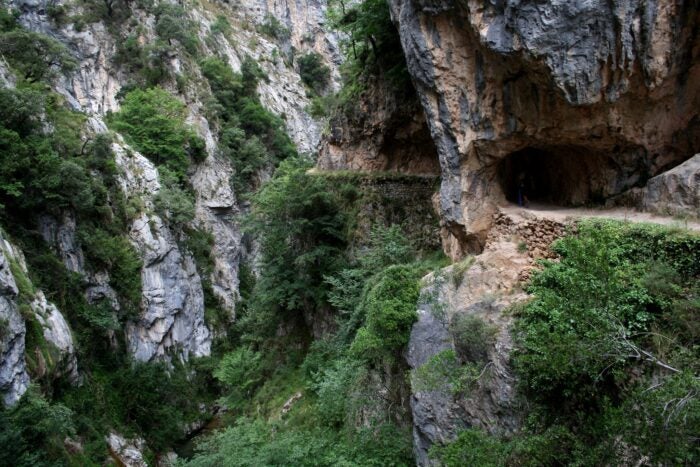 The Cares Gorge Trail is a spectacular 14-mile route that winds its way through the Divine Gorge. The path cuts into the limestone walls, allowing hikers to follow the River Cares and gaze up at the impressive peaks of the Picos de Europa. Most hikers start in Poncebos in Asturias and end in Caín, León. This direction follows the river towards the sea, thus offering a relaxing downhill walk for most of the way. Starting in this direction also offers a spectacular conclusion to the walk, where the walls of the canyon almost converge and hikers pass over the river on a beautiful bridge. Hikers then pass through a tunnel with a large opening cut into the rock-like windows before finally heading into Caín.

This beautiful route hugs Spain’s northern Mediterranean coastline and stretches all the way from the French border in Portbou to Uldecona, south of Barcelona. At 362 miles long, most people take close to two weeks to complete it at a leisurely pace. And there is no need to rush, particularly in the early stages, which runs through Aiguamolls de l’Empordà. The route passes through a number of quaint seaside towns with charming guesthouses and restaurants serving local fare. You won’t be able to resist an unplanned rest day by on the beach. There are also some notable cultural spots, such as Tarragona’s Roman relics and Salvador Dali’s museum at Port Lligat. The numerous stops allow many walkers to pick and choose their start and finish points, and very few ultimately undertake the full walk. 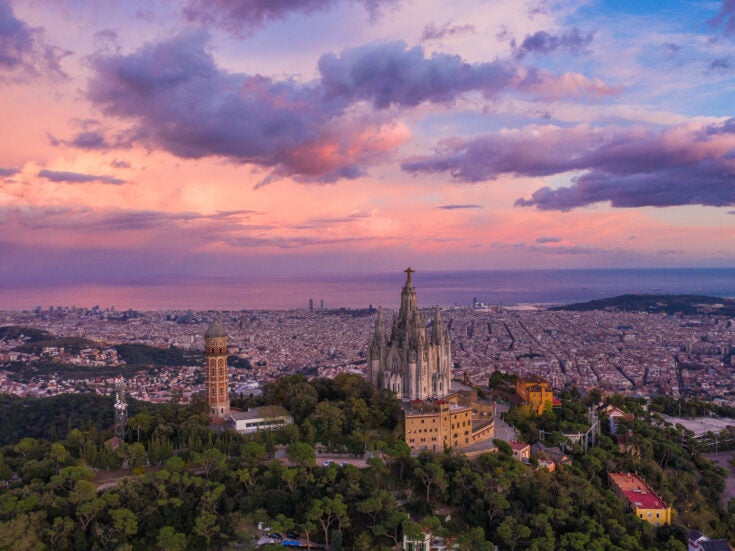 The snowy top of the Mulhacen / ©Jesus Dehesa – Flickr

At 11,414ft, the Mulhacen is the tallest peak on the Iberian Peninsula but is still easily accessible to hikers with moderate experience from the south side. Located in the Sierra Nevada mountain range, many tourists travel to this beautiful region from the nearby city of Granada. Only accessible to walkers in the summer, there are several ways to reach the summit. Most hikers will approach from the Mirador de Trevélez (only accessible by bus from Capileira) where it takes between two to three hours to reach the top. Be advised, though, the bus returns to pick hikers up six hours after it departs, so keep an eye on the time. On a clear day (there are plenty of those in the summer months), the top offers some of the best views in Spain. 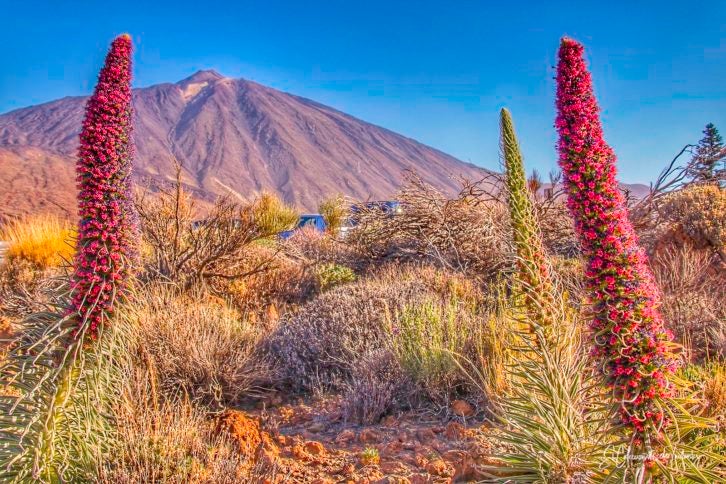 Head over to the island of Tenerife and explore the other-worldly landscapes of the Las Cañadas del Teide National Park. A world-class hiking destination, this land of volcanoes is on the bucket list of any ardent rambler. Many come here in hope of climbing Spain’s biggest peak, El Teide (12,198ft), but it requires a permit and the peak can get busy in the summer. Instead, head out into the empty plains that surround it. These range from easy one-hour loops to full-day excursions. One unmissable site is the Roques de Garcia, strange volcanic rock formations from where you can enjoy fantastic views of Mount Teide (usually on your own).