One of the factors that helps designer Loree Rodkin determine if she wants to stay in a particular hotel is how good the spa is. She says she likes to get off the plane, check in and have a calming massage.

But Rodkin, who visits spas and aestheticians regularly no matter where in the world she is, has her list of some of the best, in hotels and outside them. She looks for a pristine environment, top-notch service, and to feel totally relaxed after her massage and spa visit is over.

Whenever I’m home in LA, I will make time to go to Aida Thibiant, a full-service spa in Beverly Hills that is one of the best. They do incredible facials, body scrubs and waxing, and it’s so convenient. I always ask for Lida there, who does an amazing vitamin C paraffin facial.

I also go to Cristina Radu’s spa for her signature facial. 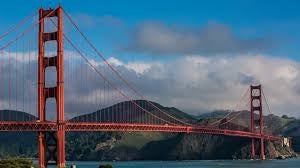 I might also sometimes get a massage at home. Goldie Hawn referred me to a wonderful lady called Maria. She’s a real healing masseuse because she instantly finds the problem and fixes it. Between her and my LA chiropractor, they keep my body feeling well. I’ll have Maria come over at least once a week when I’m in town.

I get my hair done at the Carrie White Salon in Beverly Hills, where you can get a great hand massage as well. Chad there really takes care of me.

When in New York, my favorite place for a facial is Aida Bicaj. I’m addicted to some of the Biologique Recherche products she carries. And she has such an incredible massaging technique that you leave looking like an angel. I’m there at least once a week while I’m in the city.

If I want a massage in New York, I’ll head to the Four Seasons, which has some of the best masseuses in the city. While there, I might also get a manicure and pedicure. I also like Marie Nails in New York, which does fantastic gel nails. For hair, I’ll go to the John Barrett Salon in Bergdorf Goodman, or sometimes Prive at the Soho Grand.

Spending time at top spas and salons is an important part of all my travels, and I make it my business to know where the very best people and places are. The spa at the Corinthia in London is in a class of its own. In Paris, I’ll use the spa at the Park Hyatt, but will go to Christophe Robin at the Hotel Le Meurice for hair. The Grand Hyatt in Tokyo and the Shambala in Bali are also some of the best. I’m a traditionalist in that once I discover something great, I’ll go back over and over again.

Where spas are concerned, it’s really important to me that the products they use are the ones I would want to try anyway. I love LBF (Leading Beauty Farms), Biologique Recherche, Dr Hauschka eye cream, and in makeup, MAC, the eye pencil from Make Up For Ever, Kevyn Aucoin’s eyelash curler and mascara, Cle De Peau’s mascara and lipstick from Chantecaille. These are the things I can’t live without.

About the author: Loree Rodkin blurs the distinction between modern and medieval in her couture collections. Known for her nonconformist, visionary approach to jewelry making, Rodkin’s Old World artisans handcraft each piece. Loree Rodkin made history when she designed Michelle Obama’s inaugural jewelry, which will be in the permanent collection of The Smithsonian. Rodkin has also crafted pieces for many of Hollywood’s brightest stars, among them Cher, Madonna and Sir Elton John. Her design empire encompasses fragrances, candles and eye couture, and her collections can be fond in specialty boutiques worldwide.