The Jet Age is alive and well, at least in New York’s JFK airport.

The opening of the only in-airport hotel at JFK is pretty groundbreaking (literally) news. It opened on May 15 and resides within the 1962 former Trans World Airlines terminal built by Eero Saarinen (it was designated a New York City landmark in 1994). The landmark was carefully restored by Beyer Blinder Belle Architects and Planners and the new hotel wings were designed by Lubrano Ciavarra Architects. The 512-room hotel fuses modern design with a distinct 1960s retro feel, recalling the Jet Age when the jet engine gave way for commercial aviation. In turn, not only the affluent, but all citizens had access to traveling the world. The hotel still boasts a glamorous retro feel and has amenities that rival five-star hotels. The developers enlisted legendary French chef Jean-Georges Vongerichten to create dining concept Paris Café with more than 200 seats, and the Gerber Group created a few drink and dining locations, including The Sunken Lounge, The Pool Bar & Observation Deck near the hotel’s outdoor pool and Connie (overlooking the restored TWA aircraft, Connie L-1649A). 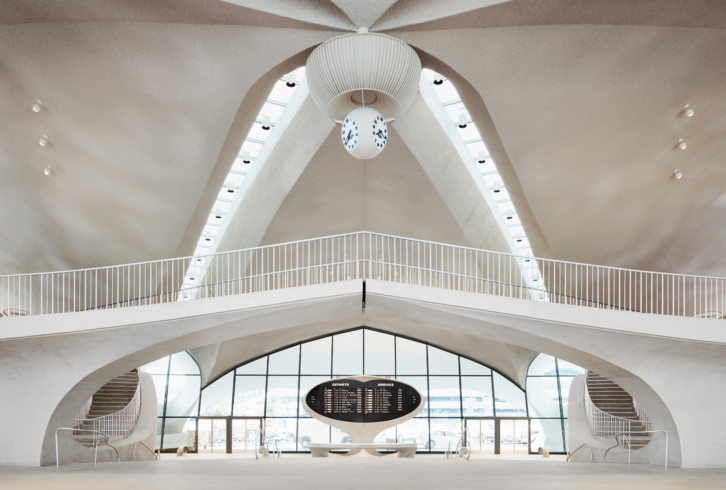 Other features include the grab-and-go dining concept Departures Hall, Intelligentsia coffee bar, Shinola custom watch bar and leather goods store, Warby Parker Pencil Room, infinity pool and observation deck with view of runway 4 Left/22 Right, a Phaidon and Herman Miller Reading Room, TWA Shop and museum exhibitions featuring TWA artifacts (including uniforms throughout the years) and midcentury modern designs created by the New York Historical Society. The hotel also has the world’s biggest hotel gym, coming in at 10,000 sq ft from The Wright Fit, as well as 50,000 sq ft of event space. The hotel delivers certain perks to customers, including the option to take a Blade helicopter service from Manhattan to the airport and back. 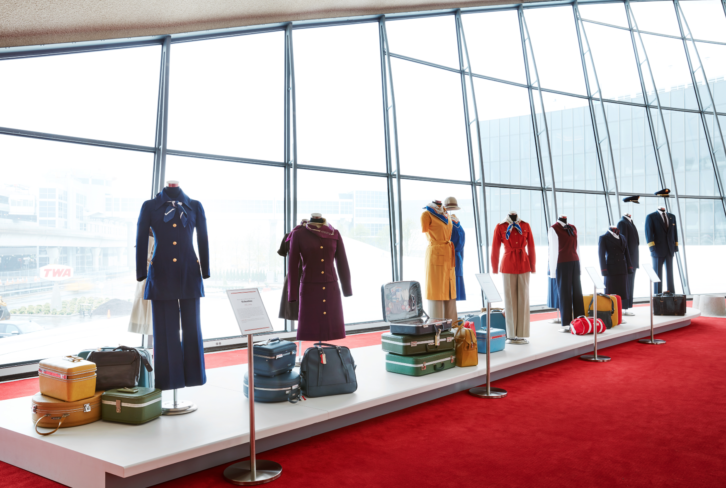 There are few things the hotel doesn’t have. In fact, the fashion set got a chance to preview the space as it was specifically sought after by French fashion house Louis Vuitton. The brand held its Cruise 2020 show at the hotel on May 8 before they officially opened its doors.

It’s all in the details at TWA Hotel: Split-flap boards manufactured by Solari di Udine are featured throughout the lobby, and flight tubes that were featured in Catch Me If You Can connect to JetBlue’s Terminal 5.

Topics in this article : TWA Hotel