To celebrate the launch of our first annual Top Jets in the World feature, we are republishing the best aviation content from our archive. This story originally appeared in the July/August 2018 issue of Elite Traveler.

Magellan Jets’ co-founder and CEO examines the trends that the private jet market has experienced over the past decade, and looks to the future as the industry shifts to attract and retain new customers. 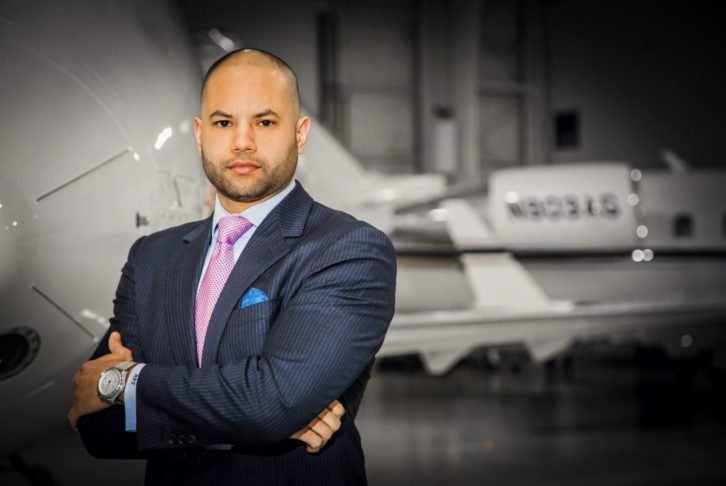 It’s hard to imagine, looking back 10 years from today, that the US was on the horizon of the worst economic crisis since the Great Depression. To say that the past decade in the private aviation market has been a roller-coaster ride is an immense understatement. The aftermath of the downturn has resulted in a variety of changes for aviation companies, including shifts in business models, businesses shutting their doors and overall consolidation. Additionally, we can’t forget today’s most popular buzzword in private travel: Uberization.

Depending on who you ask, Uberization has several meanings. Prior to Uber launching and disrupting the transportation industry so abruptly, the phrase I would have used is generating revenue from under-utilized assets. This is the leading domino to Uber’s rapid success and growth — not so much the app’s user interface, which has certainly evolved since its launch. One large shift we’ve seen in the past decade has been aircraft owners’ (both corporate and private) willingness to help offset their expenses by placing their unused days (availability) into the Part 135 charter market. Following the 2008 meltdown, many owners elected to sell their aircraft, which caused a flood in the used-aircraft market, driving prices to record lows. Free from ownership, they opted for more flexible options such as fractional programs, jet memberships and/or on-demand charter options. This type of activity impacted the market positively, as it opened up access to more aircraft in the supply chain. Across the industry, Part 135 has experienced the largest year-over-year growth since 2008, including over a nine percent increase from 2016 to 2017. The good news is that the fractional space (Part 91k) is also rebounding from sluggish growth and saw a 4.7 percent increase in the past 12 months. Furthermore, in 2017 business aviation as a whole surpassed 3m flights for the first time since 2008. These peaks and valleys have meant demise for some and opportunity for others, depending on business model.

Over the past decade, jet membership has been on the rise and adopted by most models within the industry. The benefits consumers enjoy with a membership include consistency of aircraft type, ease of booking and flexibility in commitment length. Additionally, when purchased hours are used, they simply elect to renew or walk away without the worry of reselling an asset or the possible tax implications following fractional or whole ownership. Looking forward 10 years, the membership segment of private aviation will grow substantially as millennials continue to enter the space. The younger generation seems more likely to pay for assets when they need to use them and not worry about them when they are done. A clear sign of the growing popularity of this model is that it’s been adopted by every fractional company in the industry.

Ride-sharing and empty-leg flying underwent an enormous evolution in the marketplace in the latter half of the decade. Although the ride-sharing model has failed for some companies over the past few years (BlackJet and Beacon to name a couple), companies like JetSmarter and Wheels Up are seeing rapid growth by introducing a broader market of flyers to a reduced price by sharing the cost with other passengers. It will be interesting to see how sustainable their models are in a down economy where leisure travel is impacted. Business travel would certainly slow, but it keeps most companies afloat during tough times.

Magellan Jets is placing its focus and attention in the coming years on maintaining a purely private experience that is exclusive and personalized to only our passengers. We see the long-term stability of sitting on the same side of the table, acting as advocates for our customers and providing solutions for them. This means guiding them along, from their smallest of needs to IPOs, to major business and personal life events, by means of jet card memberships, on-demand charters, and/or aircraft ownership. In 2018, our 10th year in business, we are confident this approach will maintain our growth and relevance in the industry over the next 10-year roller-coaster ride.