In this latest article in an ongoing series, Elite Traveler brings you the four best diving sites in South Africa.

South Africa may be best known for its spectacular safari opportunities but the rich bounty of wildlife continues away from the big five and into the ocean. In fact, South Africa offers some of the best diving sites in the world.

From great white sharks leaping out of the sea to the incredible spectacle that is the Sardine Run, we take you through four diving sites that you cannot afford to ignore. 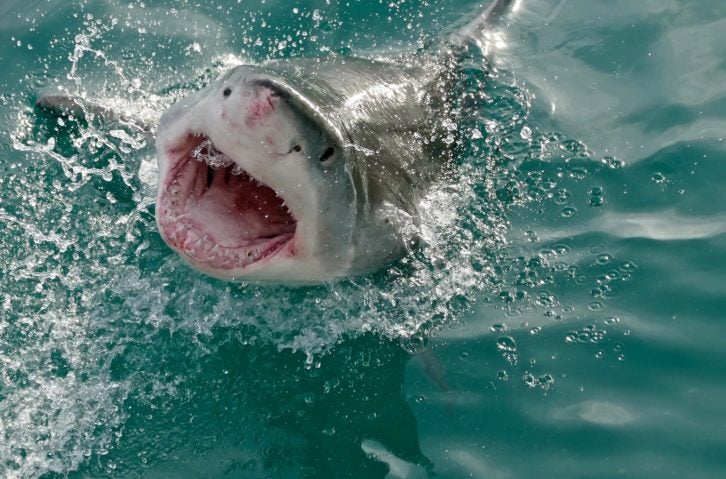 Great white sharks are the most feared creatures in the sea. They are a regular sight around the Cape and have struck fear into the hearts of sea-goers for generations, but these expert predators are often misunderstood. It takes a face-to-face encounter to understand that their reputation as a monster of the deep is somewhat misplaced. That is not to say you should jump freely into the water with them; we recommend a sturdy cage and an expert guide to make sure you remain safe and the shark undisturbed.

There are a number of questionable tour groups offering cage dives at low prices so make sure your operator is performing best practice. Head to Gansbaai for our recommended excursion by The Royal Portfolio. This experience is designed with the animals’ welfare in mind with a portion of the proceeds donated to their conservation. The crew bate the sharks to come closer (but never feed them) so you can get up close and personal with these mysterious beasts.

Every year, a large number of southern right whales migrate to South Africa’s shores from their feeding grounds in Antarctica. From June to November, the charismatic animals mate, calve and rear their young in the warmer climes.

Mossel Bay is home to four different species of whales throughout this period, including southern rights, humpbacks, Bryde’s and occasionally Orcas. They can all be spotted breaching the waters from land, but the best views come from air and sea. Diving with the creatures is strictly prohibited, but a boat tour will get close enough to gauge their size and grace while a private helicopter tour will give you a bird’s-eye-view of a whale pods and make it easier to spot young calves.

Best for: The Sardine Run

The Sardine Run is one of nature’s greatest sites and was captured in spectacular fashion by BBC documentary The Blue Planet. Seeing it on TV is one thing, but seeing it in front of your eyes is quite another. For a brief moment once a year, millions of sardines gather off the coast of Protea Banks in the KwaZulu Natal region to feast on the plankton bloom. But their presence also attracts bigger predators. Sharks, dolphins and gannet birds arrive in huge numbers to pick at the amassing sardine shoals.

A number of diving companies now offer the chance to take those with experience down to the required depths, although the local authority is considering a strict limit on the amount of people who can go down. There is a good chance diving tours will be strictly limited – or stopped altogether – in the near future so anyone wishing to see one of nature’s greatest events better be quick.

Aliwal Shoal is located a short distance south of Durban and three miles out to sea. There you will find a rocky reef widely regarded as one of the best diving sites in the world. It is home to manta rays, moray eels, giant stingrays, ragged-tooth sharks and the biggest fish of them all, whale sharks. However, the most spectacular sites to see here are manmade.

The treacherous site is home to two shipwrecks, both of which went down after striking the jagged rocks. Divers can explore the Nebo, a cargo ship that went down in 1884, and the Produce, a tanker that sank in 1974. Despite their age, both are in relatively condition. They sit at roughly 30 meters below the surface, making them accessible to those with moderate diving experience.