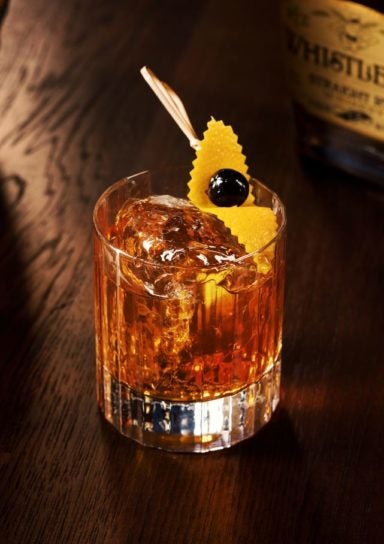 To make the Prohibition Old Fashioned, combine all the ingredients and stir with ice, then strain over a large ice cube with a maraschino cherry and orange twist to garnish. At Waldorf Astoria Las Vegas, this cocktail is barrel-aged in Vermont wood casks.

The cocktail is an ode to Nevada’s repeal against prohibition laws, six years before the Federal Government, combining rye whiskey with the natural sweetness of maple syrup, and aromatic bitters and port for a dry and deep finish. This drink is a part of the hotel’s inaugural cocktail program, Where it all Started.

The new cocktail menu pays homage to the city’s storied past, taking guests of the 23rd-floor SkyBar Lounge back to Las Vegas’s most notable decades and movements. 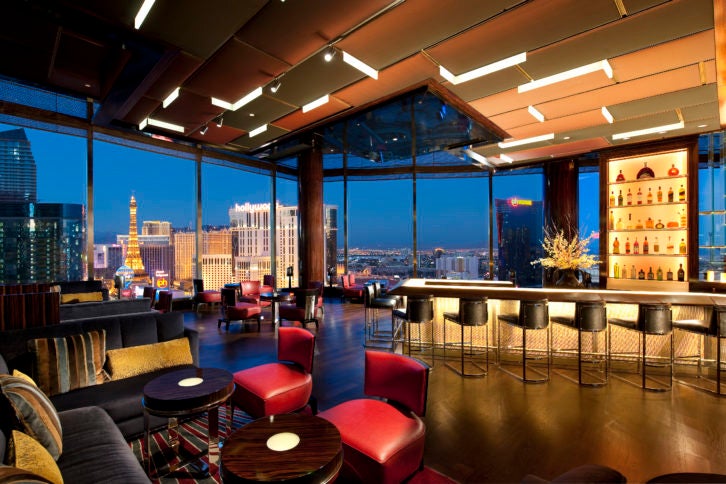 Try the Mojave cocktail, which is a nod to the original Las Vegas Valley, combining Ancho chile liqueur, aloe spirit and Seedlip Garden; or go for the Flamingo, created in honor of Flamingo resort’s arrival to the Strip in 1946, blending coconut water and single barrel rum with splashes of pineapple and passion fruit.

The mixologist at SkyBar Lounge, William Perbellini, created this menu. Commenting on its launch, he says: “Las Vegas has a vibrant and dynamic history that is unknown to most and what a great way to paint that picture for guests than through a cocktail menu. That’s why our cocktails are named after historic events such as the Prohibition and the Spanish Trail. When you first open the menu, you’re taken back to the origins of Vegas and as you progress through it, you get to know what events and people made Vegas what it is today. Every cocktail is carefully crafted to make sure every sip is extraordinary.” 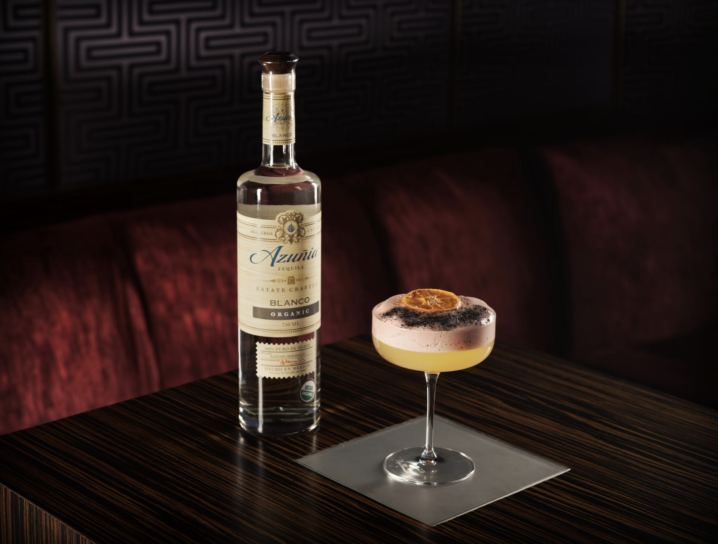 The menu is then illustrated by the local caricature artist, Neal Portnoy, whose celebrated artworks have depicted Peyton Manning, LeBron James, Derek Jeter and Kanye West, among other famous names. This time his work focuses on iconic Vegas figures such as Vito Corleone and Bugsy Siegel.

Find out more about the hotel, its panoramic cocktail bar and the new cocktail menu over at waldorfastorialasvegas.com.