In August this year, polar expedition operator PolarQuest will launch an expedition cruise to Svalbard, Norway in the company of multi-award-winning cameraman Doug Allan.

The 10-night expedition on board M/S Quest is sure to be an exhilarating and life-affirming journey of discovery.

The exact route will be dependent on the ice and weather conditions, but one highlight include a trip to the scientific village of Ny-Ålesund in Kongsfjorden, where Amundsen and Nobile started their North Pole expeditions in 1928. 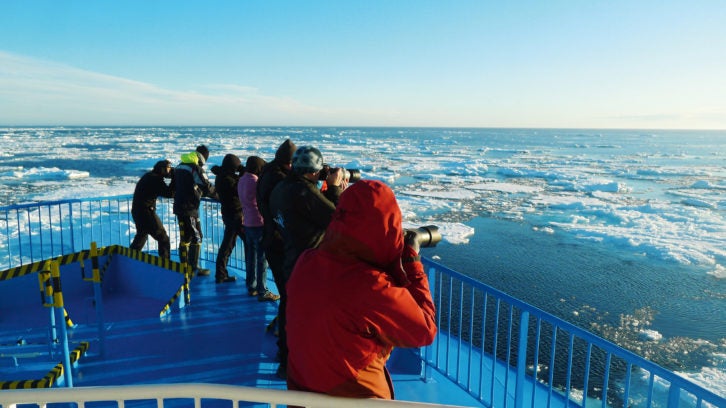 You will also pay a visit to the local polar bears and bearded seals’ favorite haunt — the grand fjords of Hornsund.

Allan is best known for his work in the polar regions on programs like The Blue Planet, Planet Earth and Frozen Planet. This cruise is a rare opportunity to see some of the most remote areas on the globe with someone who has lived and breathed it for decades.

This story originally appeared in the Spring 2019 edition of Elite Traveler.

Explore the Galápagos Aboard the MV Origin