One of the natural world’s great wildlife phenomena, The Great Migration is a spectacle you need to have seen at least once in your lifetime. As it moves across the immense plains of the Serengeti and Maasai Mara, a collection of luxury lodges play host to travelers in search of this annual occurrence. 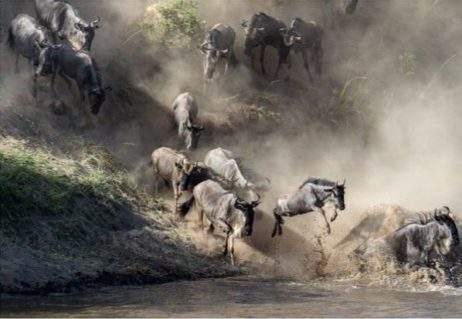 While the timing of the Great Migration’s movement is variable, a pattern does occur each year, giving an indication to when it’s most likely to arrive in each area. In June the migration is on its way across the Serengeti culminating in the spectacular Grumeti River crossings before heading north towards the Maasai Mara’s grasslands in July – the northern Serengeti is the best place to be at this time. More river crossings can be witnessed in early August as the wildebeest and zebra reach the western plains of the Maasai Mara, and it’s in this National Reserve that they remain throughout September, before heading back to the northern Serengeti in October and moving south for December.

If you’re planning a trip around this once-in-a-lifetime experience this summer and fall, these are the luxury lodges and camps you should consider heading to. 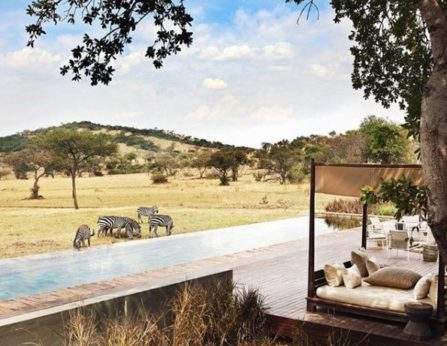 This classic lodge consisting of an elegant manor house and collection of cottages sits within the Grumeti Reserves of northern Tanzania, overlooking the Serengeti Plains. This location makes the lodge an ideal base for witnessing the Great Migration as it passes through at the beginning of the summer months. Of course, you’ll see an abundance of wildlife here at any time of year; look out for cheetah, lions, leopards and the bat eared fox, as well as buffalo, elephants, the Maasai giraffe and herds of bearded wildebeest. Spend the rest of your time on guided walks, being a part of community visits, tasting Singita’s impressive collection of wines and gazing out at the plains from the infinity pool of the main lodge or your private villa. 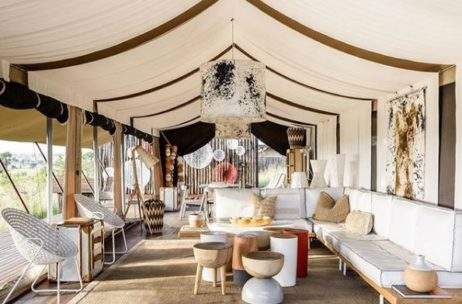 No less luxurious than a lodge, this tented camp combines its classic safari aesthetic of wooden surfaces and billowing white drapes with stylish furnishings by East African designers and luxury amenities like a plunge pool. The camp’s position means you’re in just the right place to see the Great Migration’s dramatic river crossings, which usually take place in early August. The rest of the year, see the abundant game that roams this part of the Serengeti and the Mara River’s populations of crocodiles and hippo. As well as having a small swimming pool, the camp has a spa therapy tent and the option for wine tasting, thanks to Singita’s wine program. 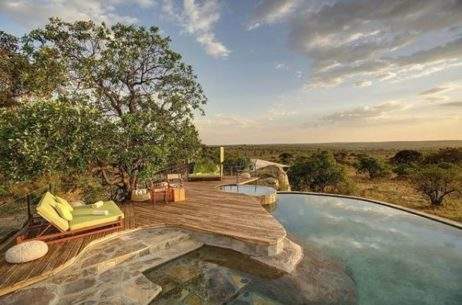 Another luxury camp that’s right on the Mara River, Serengeti Bushtops is a well-known base (in safari circles) for seeing the Great Migration. The Mara crossings are likely to happen late July and early August, but according to the camp, herds can cross back into the Serengeti before finally moving across to the Mara plains. All year, you can set out on morning, evening and all-day game drives, with the added option of walking safaris and bush picnics. The camp itself is considerate of the surroundings and elegantly luxurious complete with an open-sided lounge with bar, a free-form swimming pool and inviting library. The stilted standalone tents come with spacious decks to spot wildlife from. 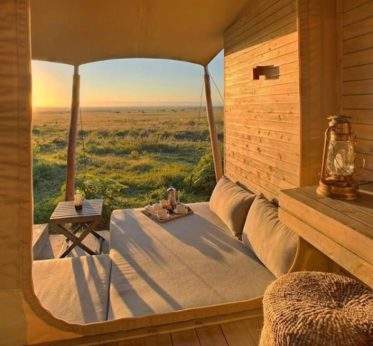 Positioned right on the Great Migration route, at the point the riverine forest on the edge of the Oloololo escarpment meets the plains, this camp is ideally positioned for spectacular wildlife sightings as well as seclusion. The tented camp makes the most of these surroundings with open sides facing the far-reaching views, which are complemented by the warm contemporary interiors showcasing Kenyan handicrafts. While you’re here, set out on game drives, take off on an early morning hot air balloon ride and cool down in the rim-flow swimming pool. 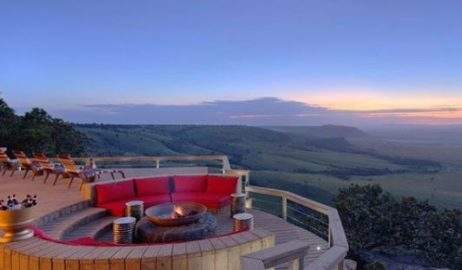 This owner-run lodge takes its name from the Swahili for ‘suspended in air’ owing to its elevated position overlooking the Maasai Mara. This vantage point gives you a privileged view of the landscape the migration crosses and gives the lodge a feeling of seclusion, while only being a 10-minute drive down a private road to the wildlife-rich plains. You can also request walking safaris, see the plains from even higher up by taking a hot air balloon ride and experience Maasai culture, both at Angama Mara (where many of the staff are from the Maasai community) and in the neighboring village. As one of the newest lodges here, the design is contemporary with inspiration taken from Maasai architectural design and craft. 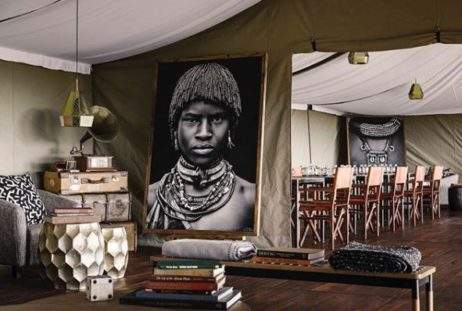 When the Great Migration returns to Tanzania in October, it’s in the north that you’re most likely to see it stampede through. Sanctuary Kichakani Serengeti Camp actually moves between three locations throughout the year based on the migration path, and from late July to mid-November it sets up home here in the Serengeti’s north, with a tented structure on wooden platforms, safari-style furnishings, and even bar, to ensure it’s no less luxurious than the permanent camps. Game drives are of course the highlight here, but you’ll also have time to soak up the surroundings as you dine beneath a star-filled sky and gather by the fire-pit. 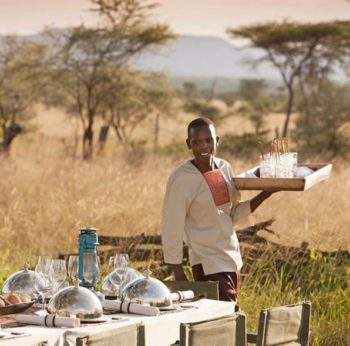 Another lodge that’s well-positioned for seeing the Great Migration in fall, Four Seasons Safari Lodge Serengeti  acts as a luxury gateway to experiencing this remote landscape’s wildlife. The sumptuously furnished villas sit on elevated platforms with four-poster beds, open sides facing onto the plains and infinity-edge pools. When you’re not out exploring on game drives or soaking in your private pool, join the resident naturalist on a nature walk or hike to the top of the sunset kopje with a Maasai guide.