Late last year, the spirits industry lost one of its legends. Dave Pickerell, master distiller for three whiskey producers in the US and a full-time craft distilling consultant, passed away in November. A month before his death, the longtime spirits specialist sat down with Shaun Tolson to talk about craft distilling’s future and the next big thing in American whiskey. 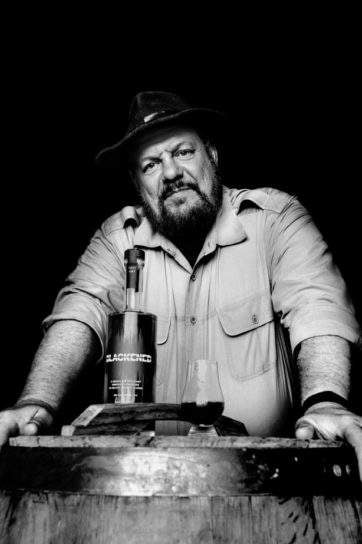 Sitting in a leather armchair in the rumpus room of the WhistlePig distillery’s farmhouse in the bucolic township of Shoreham, Vermont, the faint aromas of the previous night’s cigars still lingered in the air. Dave Pickerell, the brand’s master distiller, waxed lyrical about the creative drive that linked so many of his distilling clients, the potential for rye whiskey to reclaim its place as America’s most popular spirit and the encouraging trend that has distilleries seeking out locally sourced ingredients.

One month later, Pickerell was found dead in his San Francisco hotel room. It was later determined that he had died of hypertensive heart failure.

That it was Pickerell’s heart that had succumbed made the news of his death all the more tragic, since the whiskey enthusiast’s big heart and generosity were what attracted so many people to him. In fact, it was recently reported in Whisky Advocate that Pickerell often provided struggling craft distillers with free guidance and assistance. Pickerell never spoke of that, of course, but he did estimate that he had helped his clients earn about $1bn collectively through large-scale investments or complete acquisitions. That was, according to Pickerell, “pretty cool.”

At the start of his career, Pickerell utilized a master’s degree in chemical engineering from the University of Louisville and rose to prominence as the master distiller at Maker’s Mark — a position he held from 1994 to 2008. There, he contributed to an American distilling movement that gradually elevated bourbon to the spirit’s current stature as a premium, sought-after whiskey. When Maker’s Mark hired Pickerell in 1994, the company sold 175,000 cases of bourbon per year; when Pickerell left the company to pursue more creative distilling projects — namely the resurrection and elevation of American rye —Maker’s Mark had seen its sales increase to almost one million cases per year.

During the first week of October, I met Pickerell to chat about craft distilling in the United States and the vitality of American whiskey. In addition to being Whistle Pig’s master distiller — a role that he reprised at Hillrock Estate Distillery in upstate New York and with Blackened, a new whiskey project born from a collaboration between San Francisco’s Sweet Amber Distilling Co and the rock band Metallica — the gregarious 62-year-old worked as a full-time consultant, helping dozens (perhaps even hundreds) of craft distillers around the country to conceptualize, create and bottle artisan spirits in all forms.

Some considered Pickerell the Johnny Appleseed of the craft whiskey movement for his consulting work with fledgling distilleries. Others referred to him as the godfather of American craft distilling. Rock bands even considered him an honorary member. “We learned so much from Dave in the all too brief time we had together,” the members of Metallica said in a statement following Pickerell’s death. “He was not only a mentor and friend, we considered him a member of Metallica.”

Above all else, Pickerell was perhaps the world’s most passionate whiskey man, and that exuberance was on full display in October when he took me on a tour of WhistlePig’s operations.

While he stood at a podium not far from a modern hammer mill in a small, church-like building set on the distillery’s 500-acre farm, Pickerell quickly steeped a trio of raw grains — rye, wheat and corn — in three whiskey glasses to reveal their distinctive flavors. These grains, along with a slew of freshly charred, new, American oak barrels and seasoned, ex-European wine casks, were Pickerell’s gospel. “When we founded WhistlePig, we wanted to make the best rye whiskey in the world,” he told me. “It was an aspirational statement. If you aim at nothing, you hit it every time.”

Over the past decade, WhistlePig, under Pickerell’s watchful eye, has produced a roster of whiskeys that have realized the team’s ambitious goal. Since 2014, the brand has secured five double-gold medals at the San Francisco World Spirits Competition, including two Best Rye Whiskey awards and a Best in Show award.

Through his consulting role, Pickerell had his finger on the pulse of craft distilling in the US. He confirmed that whiskey remains king and predicted that it would continue to grow exponentially stronger, thanks to consumers’ penchant for spirits with discernible and characteristic flavors. (This, he explained, is why vodka continues to lose market share.) He believed that rye whiskey, which already is surging in popularity, has the greatest potential for growth within the whiskey category, since imbibers have shifted their preferences for savory flavors over sweetness. Yet, bourbon still sits comfortably upon the American whiskey throne; and Pickerell predicted that as more craft distilleries pop up in far-flung corners of the country and commit themselves to making bourbon, the spirit’s relevance will only grow more powerful. “Having bourbon all over the United States is a great thing,” he said. “It opens up the window to talk about terroir in whiskey.”

When Pickerell looked toward the future, the longtime master distiller believed that millennials would soon dictate the path that whiskey will take, and he was bracing for that seismic consumer shift by emphasizing unique whiskey finishes.

As we stepped into the entryway of the distillery’s barn-turned-barrel warehouse, Pickerell removed eight small bottles of 12-year straight rye from a cabinet, each one boasting a different experimental cask finish. Some, like Oloroso Sherry, were common finishes. Others — most notably Peruvian Rum, Pineau des Charentes (a French aperitif) and Amarone (a rich Italian red wine) — were more exotic. As Pickerell assured me, this was just a smattering of his experimentation with cask finishes.

Finished whiskeys had long been one of his passions. Some of those ventures have already found their way into WhistlePig’s product lineup, most notably the 12-year Old World, which marries Port, Sauternes and Madeira finishes, and the brand’s limited-edition, cask-strength Boss Hog releases, the last of which featured a Calvados finish. “Millennials aren’t particularly brand loyal,” he explained. “They want new and different and interesting. The best thing I can do is give them more pasture land to graze in. That’s the move toward finished whiskeys.”

The craft distilling movement in the US is currently flourishing, and Pickerell believed it to be an industry without a ceiling, since the vast majority of new distilleries are likely to distribute at the regional level. Emphasis on locally sourced ingredients will continue to gain strength, he said, while New York, Texas, California and Colorado are likely to see the greatest number of new distilleries incorporated, due to favorable state legislation. Above all else, Pickerell remained confident that noteworthy new flavors and practices, across all spirit categories, would continue to originate with artisans and small-batch producers.

“The barrier to innovation at the craft level is miniscule; it’s microscopic,” he said, explaining that most craft distillers would pursue a new spirit, even if they could only sell 100 cases of it every year. The country’s leading distilling companies, Pickerell countered, are governed by much larger numbers. “At the big-boy level, if you can’t make a whiskey that you can sell 50,000 cases of in year one, you don’t get to play. “That’s the cool thing about the American craft industry,” he continued. “It’s the capability to innovate at the ultra-low level. You have to make your own mark. You’ve got to do something that’s tangential and different and delicious all at the same time.”

Pickerell made his mark first in Kentucky, but over the past decade he spent the vast majority of those years on the road, visiting clients and prospective distillers in out-of-the-way boroughs throughout the country. For 25 years, whiskey enthusiasts gleefully sipped the fruits of Pickerell’s labor; and for the last decade, the craft spirits industry in the US benefited from the late chemical engineer’s distilling passions. A month before his death, Pickerell only wished he could do more.

“If somebody comes to me and says, ‘I have a dream; I want to build a craft distillery,’ I want to do whatever it takes to help them see that dream come true,” he said. “My biggest challenge is that I don’t have the bandwidth to help everyone. I have to be selective, and that’s one of the frustrating things. I want to help everybody. That’s just the way I’m wired.”

He passed too soon, but Pickerell left a legacy that will inspire countless other craft distillers and whiskey enthusiasts to further his quest. In time, elegant bourbons will be crafted in distilleries yet to be built; and refined American ryes will continue to reshape the whiskey landscape in the US. The late master distiller may have wished that he could help everyone, but during his life — and even beyond it — Dave Pickerell positively impacted craft distilling in more ways than he likely ever knew.