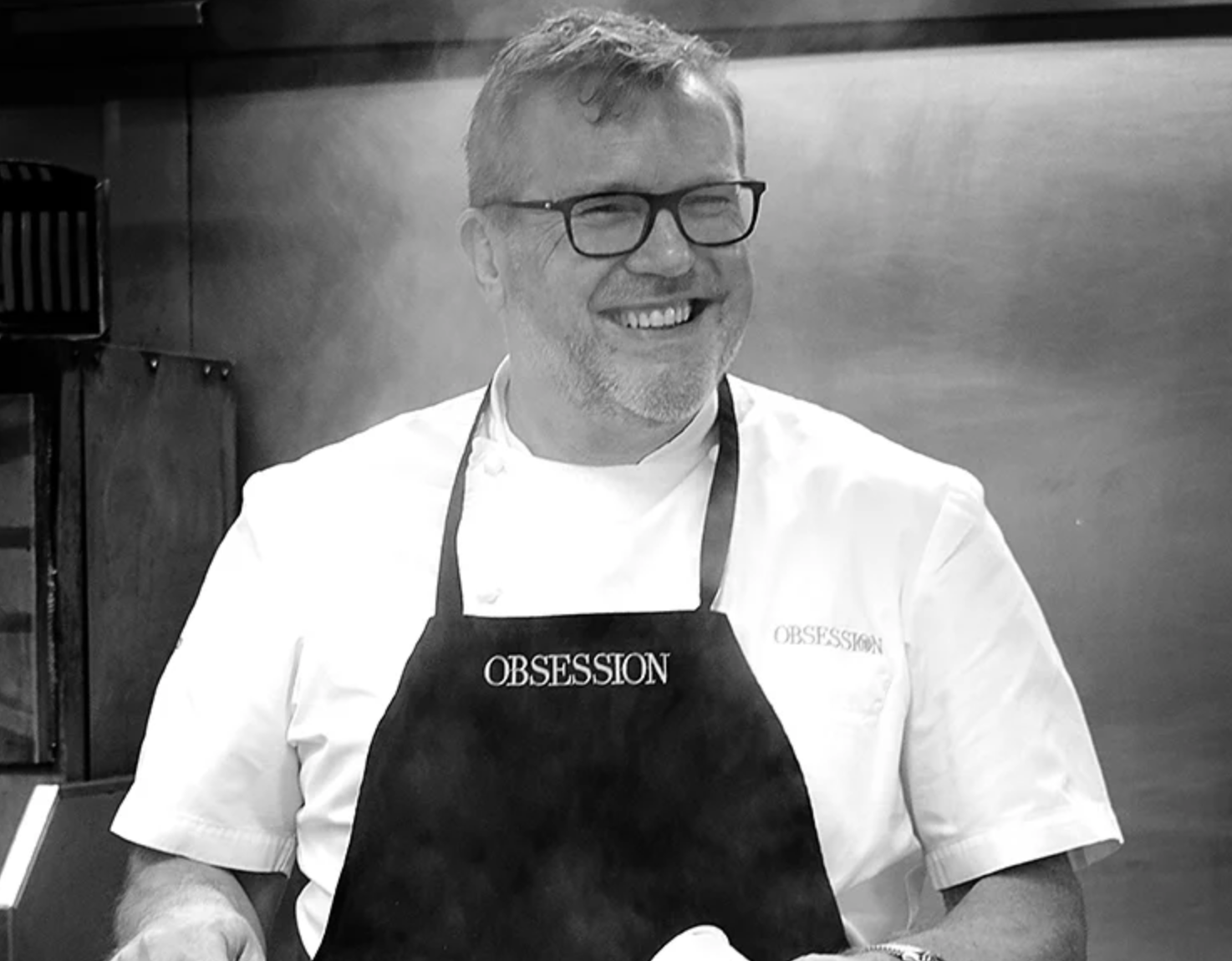 Nigel Haworth in the kitchen at Northcote / ©AllenMarkey

Amazing plates of food can be seen on any day of the week inside the Michelin-Starred kitchen at Northcote, but once the last of Nigel Haworth’s five courses had been served Sunday, the worktops were lined with something unusual: pizza boxes.

The Northcote team had, after all, just plated and served the final dish of Obsession 19, a festival of fine dining that saw 18 chefs from around the world visit this unassuming English country house and serve their own five-course menu. Pizza from the nearby takeaway was about as far away from the incredible dishes they had been creating as you can get, which was why it was so apt for the occasion.

Over 16 days, Northcote had prepped and delivered 80 courses created by some of the world’s finest chefs from Rome, San Francisco, Mallorca as well as nearby Wiltshire. The team were, understandably exhausted, but even on this final night standards were as high as they were on the first. 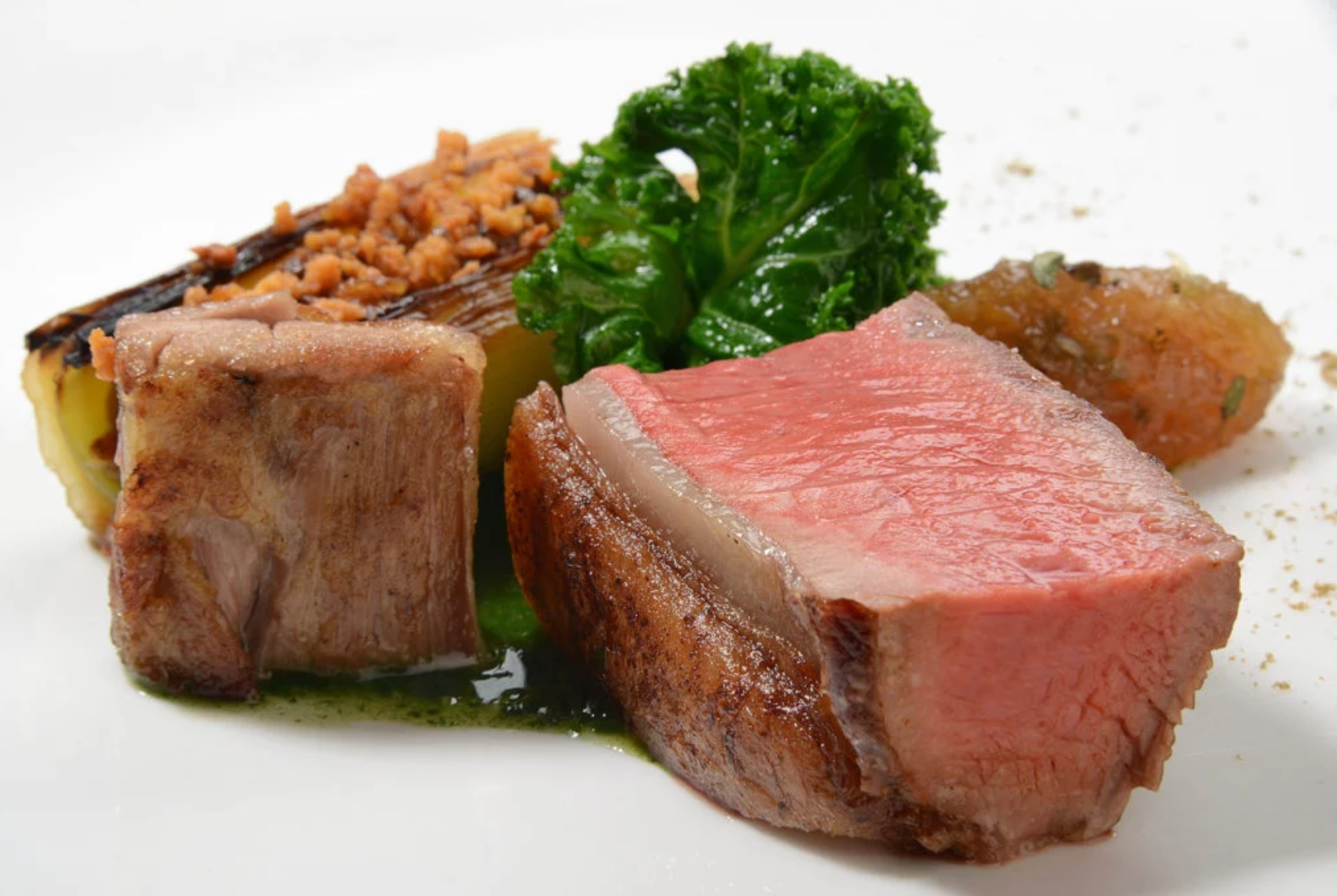 Lonk lamb with, lemon and thyme marmalade and kale / ©AllenMarkey

That was in large part thanks to the return of Haworth, the chef who originally brought Northcote its Michelin Star and the brains behind Obsession. As per tradition, he was bringing the curtain down on his own creation and stepped back into the kitchen he ruled over between 1984 and 2017.

Haworth remains deeply embedded in Northcote as the chef ambassador, but, owing to the fact that he no longer dons his whites day to day, he happily admitted that it was not the time to take “huge risks”.

He told Elite Traveler: “I always do new dishes for Obsession but I’ve got to admit that I have done three new dishes and two are revamped versions of old ones. I just thought it would be stupid to do five new dishes when I hadn’t been in the kitchen this year. The expectations are still high so it’s not a night for huge risks.”

Related: Top 5 Restaurants in the World According to Andy Hayler

A modest description if ever there was one, Haworth’s menu was a typical display of culinary elegance and a celebration of seasonal British produce. Sitting at the chef’s table inside Northcote’s kitchen with sponsors Gaggenau, we witnessed the passion, determination and sheer man-power required to turn humble ingredients such as cabbage, kale and celeriac into works of art.

The meal began with a supple loin of halibut sided with squid, mussels, fermented white cabbage and a yeast sauce, a beautiful blend of land and sea. It was followed by a rather special champagne risotto, complete with a generous dose of Imperial Oscietra caviar and white chocolate shavings. As Haworth noted on the night, the danger with caviar is that the flavors never come through, but the delicacy delivered a subtle punch above the other ingredients. 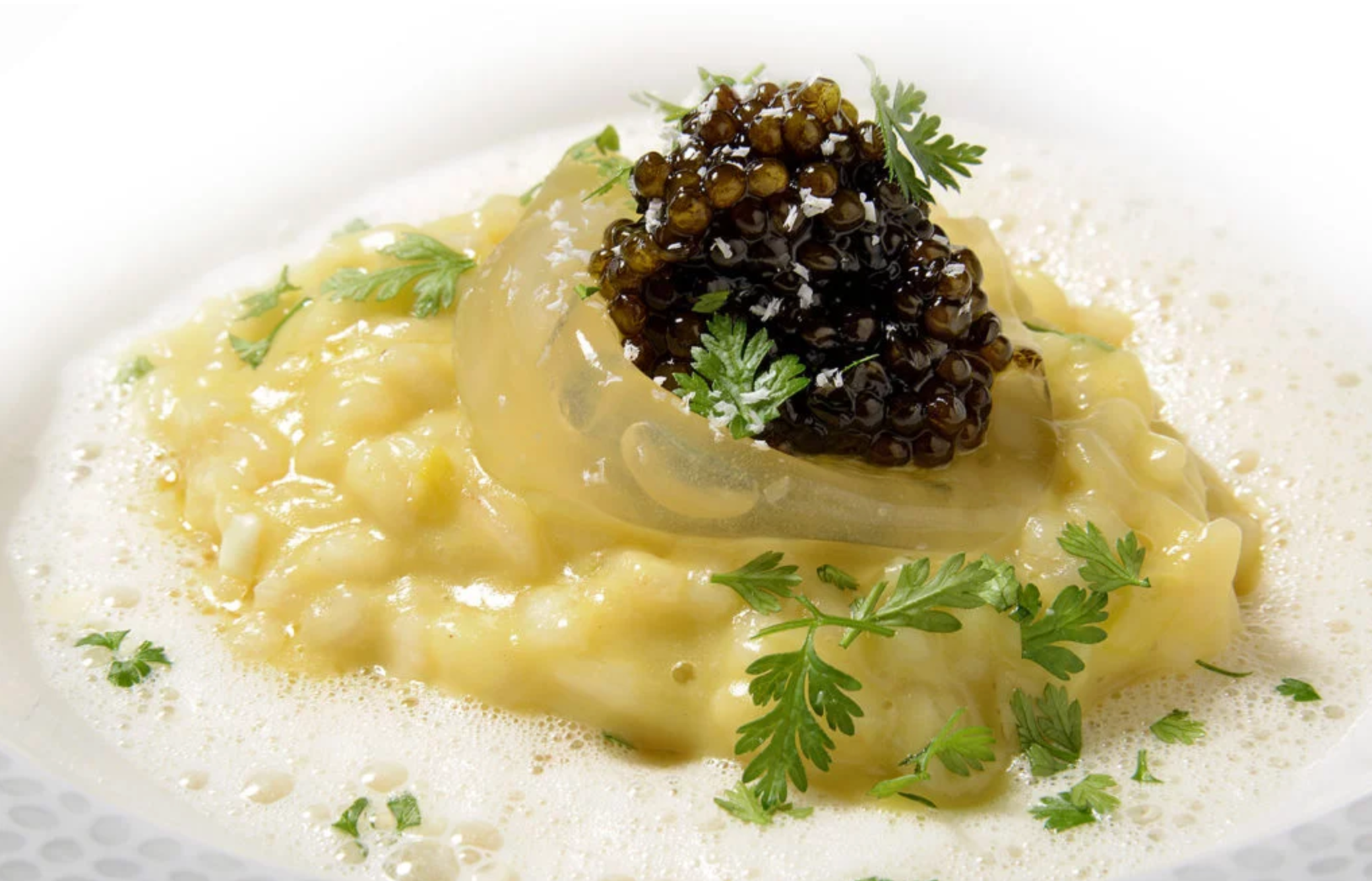 The third course was time for Britain to take centerstage with a trio of winged game wrapped in butter puff pastry with celeriac and Madeira sauce. A trio of pheasant, duck and partridge, this dish had Haworth’s stamp all over and was perfect for mid-winter.

A serving of Lonk lamb, sourced from a nearby Lancashire farm, was arguably the best savory dish of the evening and an example of the greatness that can be achieved with local produce. Served alongside a revelatory lemon and thyme marmalade and a side of crispy belly, it was excellently combined with kale.

But Haworth certainly saved his best for last. An inspiring interpretation on a British rhubarb crumble, the dish was paired with rosewater in honor of two young chefs who had inspired him with a similar combination. Not only the most photogenic dish of the evening, but also the most delectable.

Although Haworth’s menu was a fitting finale to Obsession 19, it would be unjust not to mention how the meal was enhanced by the wine pairing from sommeliers Zareh Mesrobyan and Tamas Czinki. Together they represent the winner and runner-up in last year’s Gaggenau UK Sommelier Competition and both were at hand to justify their choices.

Their knowledge was unshakeable and passion infectious. Their success was not only finding a seemingly perfect wine for each dish but doing so with such reasonably priced bottles. 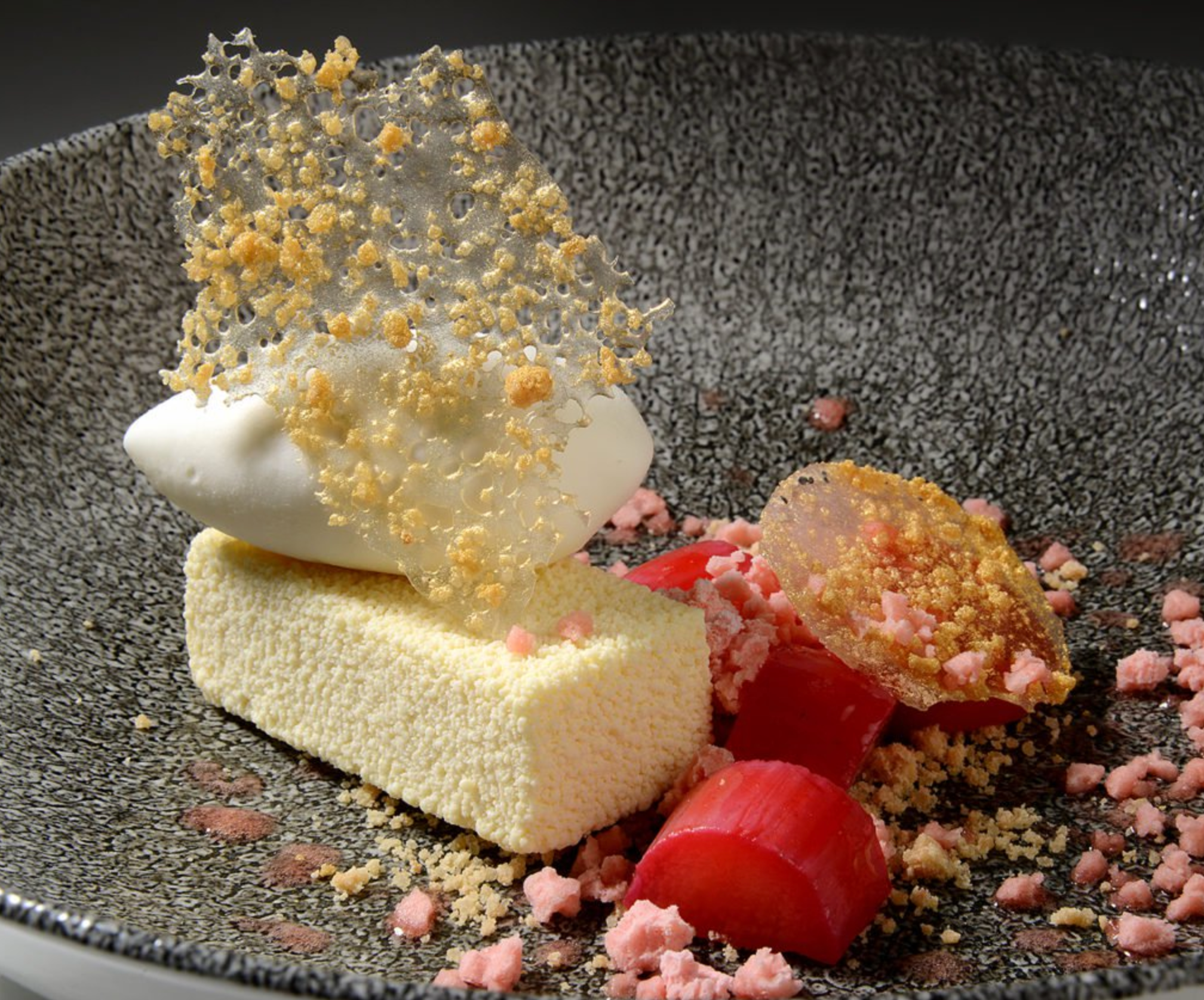 Executing an evening as faultless as this would be impressive in itself, but Sunday’s excellent service was achieved with a team who were running the proverbial final mile of a culinary marathon. All of the chefs, young and old, had endured 17 nights of creating exceptional food for a combined total of over 2,000 guests and not once did they come up short. It is why this annual event is so aptly named, as it is only through obsession that such levels of excellence can be reached and sustained. That and, of course, the promise of pizza at the end of it.

Gaggenau is a manufacturer of high-quality home appliances and acknowledged as an innovation leader in design and technology. Gaggenau is a partner of Obsession and the Chef Table Sponsor on Nigel Haworth’s evening. For more information on Gaggenau, visit www.gaggenau.com.

All pictures courtesy of Northcote and copyright of Allen Markey, official photographer on Day 16 of Obsession 19. For more photos from the evening, visit Northcote’s official Instagram page.