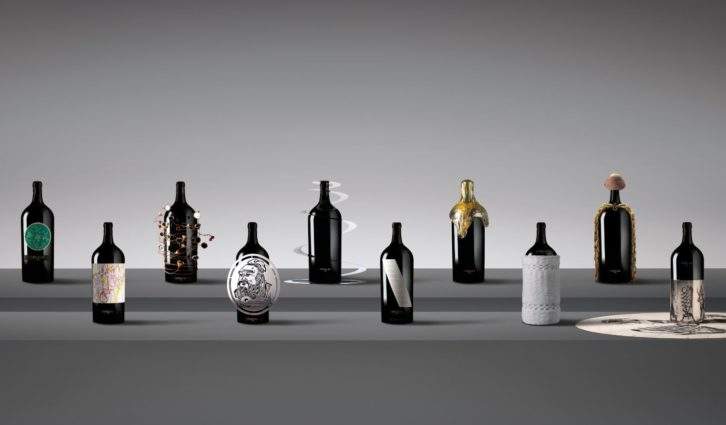 The prominent Italian winery, Ornellaia, celebrated for its Super Tuscan wines—the movement established in the ‘70s to distinguish winemakers producing innovative fine wines—is also recognized for bridging the gap between wine and fine art, the pinnacle of which is the winery’s Vendemmia d’Artista collaboration. To mark the project’s 10th anniversary this year, Ornellaia commissioned world-renowned South African artist William Kentridge to create the artwork for the latest vintage, Ornellaia 2015. The collaboration culminated this week as the vintage and the art it’s represented by were auctioned off by Sotheby’s during a gala dinner at London’s Victoria and Albert Museum. 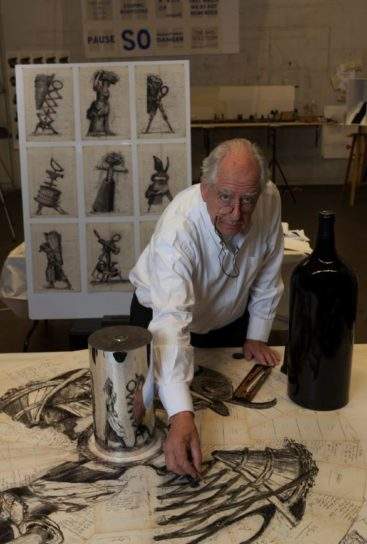 Since establishing Vendemmia d’Artista in partnership with Sotheby’s in 2009, Ornellaia has collaborated with Italian artist Luigi Ontani, New York-based artists Ghada Amer and Reza Farkhondeh, German sculptor Rebecca Horn, Chinese sculptor and painter Zhang Huan, and Italian installation artist Michelangelo Pistoletto, as well as Canadian artist Rodney Graham, Swiss painter and sculptor John Armleder, Japanese artist Yutaka Sone and Brazilian installation artist Ernesto Neto, bringing us to the latest edition with multi-disciplinary artist Kentridge. Each contemporary artist is commissioned to produce a work of art and series of limited-edition labels that capture the essence of the winery and vintage they’re working with, drawing inspiration from a specific word given to them by Ornellaia. For Kentridge, the brief was to interpret the character of ‘Il Carisma’.

For his interpretation, Kentridge shone a light on the work that goes into the grape harvest and wine making process, showing the combined involvement of manual craft and mechanical process by depicting the transformation of people into machines and machines into the people producing the wine. “The images on the Ornellaia labels are essentially about the work of making wine, and mainly of the vendemmia, the grape harvest,” Kentridge explains, “The secateurs come from a memory of the one occasion I took part in a Tuscan vendemmia, when I spent six months in San Casciano outside Florence with my family. This made me understand the human labor involved in making the wine.” 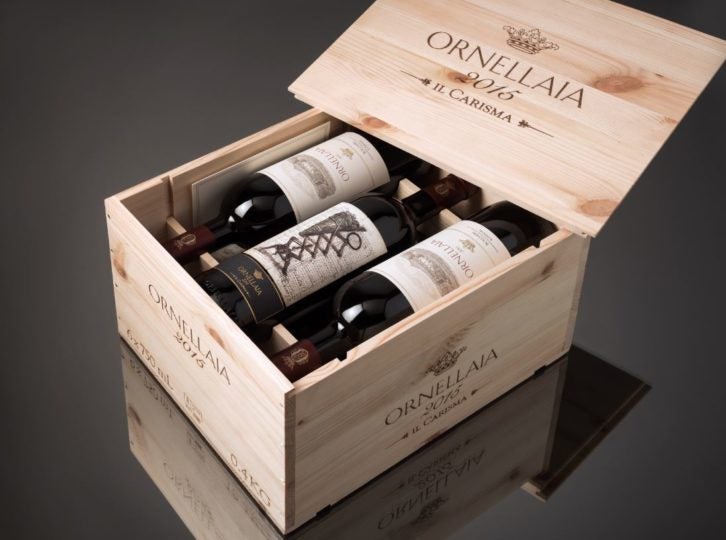 From this project, a label is created for one bottle in each wooden case of Ornellaia wine and for a limited-edition of 111 large bottles (100 double magnums, eight imperials and one salmanazar). Each of these is numbered and personally signed by the artist, a number are auctioned off, and the remaining bottles are sold to wine-collectors around the world. The main artwork goes on display at the Ornellaia estate.

It was in the remarkable Raphael Room at the V&A that the gala dinner and Sotheby’s auction took place. Here, along with members of the Frescobaldi family who own the estate, guests were introduced to the vintage and its artwork by the artist himself, with words from Vendemmia d’Artista art curator Bartolomeo Pietromarchi, director of the V&A Tristram Hunt, London’s ambassador for Italy Raffaele Trombetta and Sotheby’s head of European wine Stephen Mould. Nine lots consisting of bottles created by William Kentridge for the Ornellaia 2015 Il Carisma – Vendemmia d’Artista were then auctioned off, raising a total of £123,000 ($164,103). Over the years Ornellaia has raised more than two million Euros for arts foundations and museums around the world, and this year’s proceeds to go the events host, the Victoria and Albert Museum. 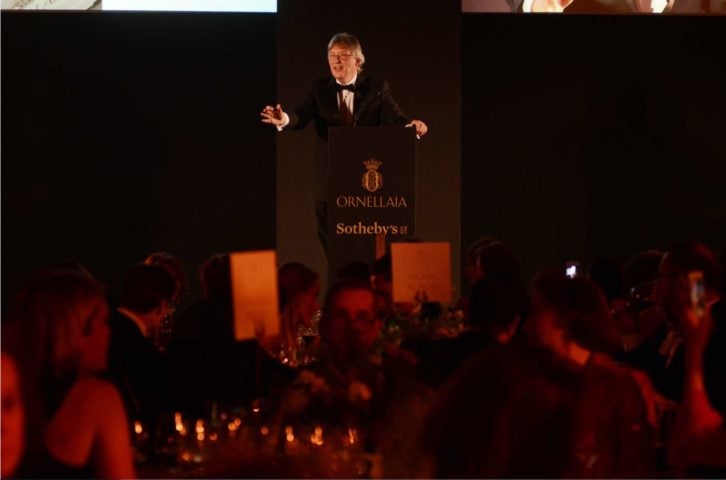 While much of the focus was placed on this limited-edition artwork, the vintage itself was of course at the heart of the celebration. Ornellaia 2015 Il Carisma is the 30th vintage of Ornellaia and one that reflects its name ‘charisma’, boasting a deep color and fruit-rich nose that’s emphasized by balsamic and spice. The vintage is rich, dense and full-bodied on the palate with a velvety tannic texture and lengthy finish concluding with a further hint of spice. Reflecting the year’s well-balanced harvest, this is considered one of the great Ornellaia vintages.

As the estate director and winemaker Axel Heinz says: “Like people of great charisma, wines of great vintages know how to impose themselves naturally, without force, their balance allowing them to shine without having to flaunt themselves.”

For your own case containing a bottle with the limited-edition artwork, go over to ornellaia.com.