Superyacht head chef Tobias Emmert traded his life onboard the popular MY BASH for a spell in the beautiful Devon countryside with Michael Caines.

Emmert spent one month as the apprentice of one of the UK’s most acclaimed and celebrated chefs at Lympstone Manor in Exeter. The experience allowed Emmert to take his skills and techniques to the next level, which will benefit future guests on the Benetti 56 charter yacht.

Lympstone Manor is a quintessentially British country hotel set in the Devon countryside with breath-taking views of the Exe Estuary. It was the brainchild of head chef patron Caines, who has become a popular TV personality with regular appearances on British show Masterchef among others.

Rising from humble beginnings to his lofty position, Caines is now keen to help as many budding chefs to reach their potential.

Caines said: “Toby is our second superyacht chef we have had at Lympstone Manor, and both have fitted in extremely well with our teams. He has a lot of talent, and it is a shame he only gets to show this to twelve people onboard the yacht at any one time.” 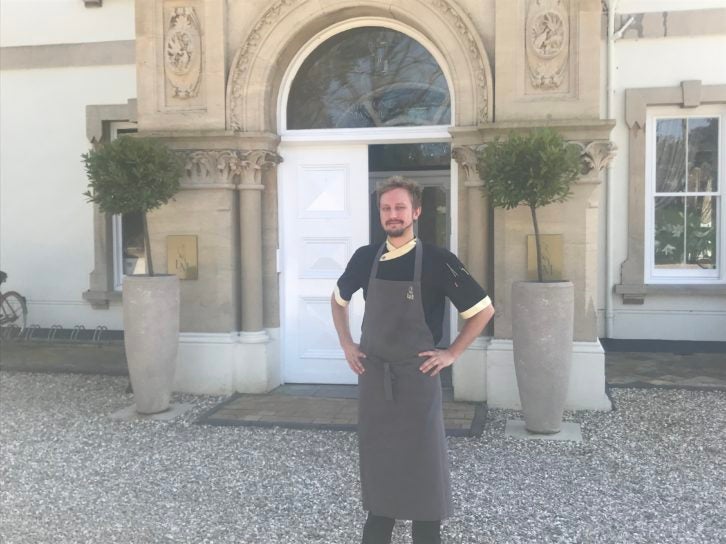 Caines has worked with a number of superstar chefs such as Raymond Blanc of  Le Manoir aux Quat’Saisons, the late Bernard Loiseau in Saulieu and Joél Robuchon in Paris. His style of cuisine has taken elements from all of them.

Now an influential figure in his own right, Emmert now hopes to embed the styles and techniques he learned into his own creations.

Emmert said: “Michael has been amazing in letting me come here to learn with his team, and it’s nice to feel a part of the inspiration he has been to them.

“It’s often easy to just stay within your comfort zones when cooking, and my time here has helped me raise the bar of where those zones could be.”

For more information on Tobias Emmert and the MY BASH charter yacht, visit www.oceanindependence.com.

This article was written by Amanda Thibaut for Elite Traveler.

The Most Anticipated Restaurant Openings of 2019