World-renowned chefs including Alain Ducasse, Heston Blumenthal and Mauro Colagreco are making their mark in cities across the world this year with an array of exciting new culinary concepts. From London, New York and Paris, to Singapore, Dubai and Hong Kong, these are the most anticipated restaurant openings of 2019. 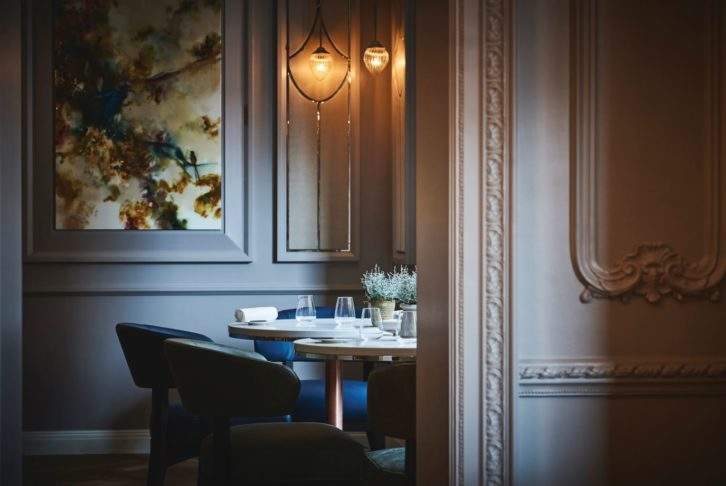 With the February opening of London’s new Belmond Cadogan Hotel comes the arrival of the latest dining spot by rising chef Adam Handling — the chef will in fact be overlooking all of the hotel’s culinary offering. The new restaurant’s culinary approach will be in line with his sustainable, seasonal and Best of British food philosophy. In terms of its design, expect a dining room exhibiting the same fusion of modern style and original architectural detail seen throughout the hotel. Look onto the central open kitchen, wood-fired oven and chef’s table while tucking into traditional dishes re-imagined with finesse. 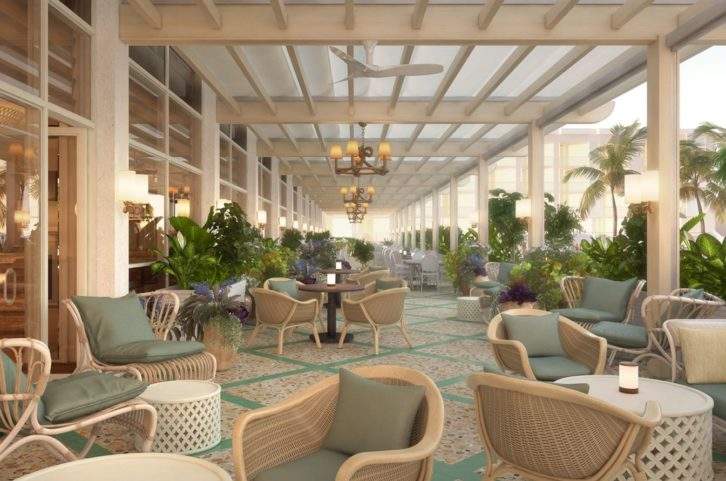 The internationally acclaimed chef Mauro Colagreco of world’s-best-restaurants-rated dining spot Mirazur has partnered with Four Seasons Resort Palm Beach to open his first restaurant in the US. The newly renovated hotel will house Florie’s – a restaurant that’s named after the State. Just like his restaurant in Menton, France, Florie’s will reflect Colagreco’s passion for nature; with chef de cuisine Florenzo Barbieri at the helm, the kitchen will put out dishes inspired by Colagreco’s Mediterranean spirit, placing a particular focus on cooking over fire. Pair pasta dishes, wood-fired pizzas and yakitori with garden-driven cocktails and carefully selected wines in Martin Brudnizki-designed surroundings. 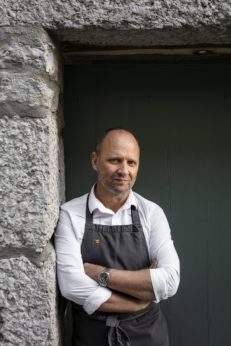 The renowned British chef Simon Rogan is launching his first overseas chef’s table and development kitchen concept in Causeway Bay with the opening of Aulis and Roganic. The first, Aulis, made its debut earlier this month, and Roganic is slated to welcome diners in from late February. While Aulis focuses on his chef’s table concept, giving diners insight into the creative process of the kitchen, Roganic will mirror the chef’s Michelin-starred London restaurant of the same name. The new restaurant will offer farm-to-table cuisine with a focus on fresh, seasonal ingredients and natural wines. 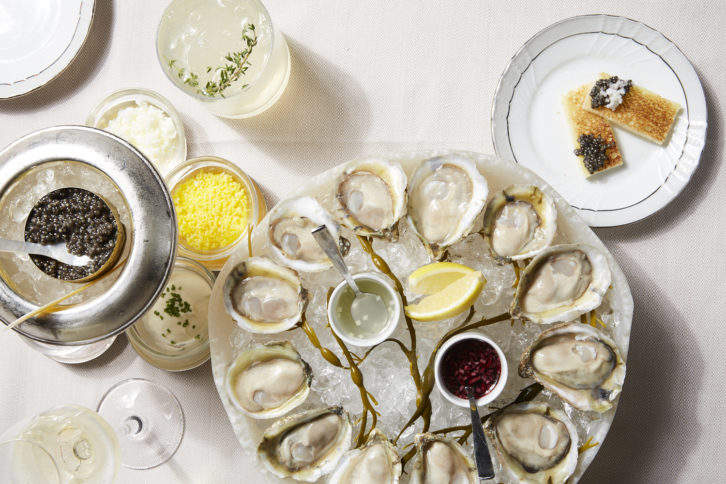 New York’s two-Michelin-starred Italian restaurant, Marea, is soon to open its first outpost. The new restaurant will be located within Dubai International Finance Center (DIFC). The New York restaurant’s chef, Michael White, will be behind the cuisine of this restaurant too, following the same concept as its counterpart, with a focus on food that redefines the seascape of high-end Italian cuisine, reflecting its name, which is Italian means ‘tide’. 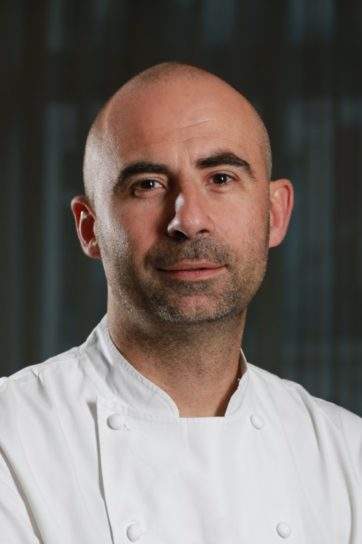 March 25th will mark the arrival of sibling restaurant to Bob Bob Ricard by chef Eric Chavot in Soho. The greatly anticipated second restaurant, Bob Bob Cité, will open within London’s landmark Leadenhall Building designed by Rogers Stirk + Partners. The restaurant itself will be suspended above the building’s 98-ft-high open-air atrium, accommodating 190 covers across its two dining rooms, with additional private dining areas with city views, and glamorous interiors by BradyWilliams. Chavot’s menu will focus on classic French country-style cuisine, and the ‘pressez pour le champagne’ buttons Bob Bob Ricard is known for will also be a fixture here.

With the launch of landmark development Hudson Yards, New York diners will be treated to a whole array of new restaurants co-curated by chef Thomas Keller and restaurateur Kenneth A. Himmel. Dining venues include a currently unnamed Momofuku restaurant by David Chang and chef Eunjo Park; Spanish food hall, Mercado Little Spain, by acclaimed chefs José Andres and Ferran and Albert Adrià; the Hudson Yards Grill by chef and TV personality Michael Lomonaco; Greek restaurant Estiatorio Milos by chef Costas Spiliadis; and farm-to-table dining venue Belcampo by Anya Fernald. These restaurants will be joined by many more, altogether covering a world of flavour. 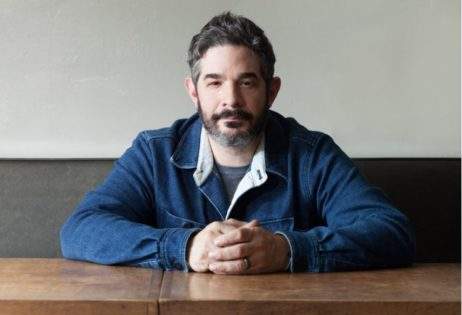 Slated to open this spring, Birdie G’s is the biggest project to date from James Beard-nominated chef and author Jeremy Fox. The name pays homage to his daughter Birdie and grandmother Gladys. The restaurant will focus on classic American cuisine, taking inspiration from a diversity of cultures and regions. Most notably, Fox will draw on the culinary past of regions including the Midwest where he was born. These dishes will be created using produce from local farmers and purveyors. Housed inside the warehouse-like space of the historic Bergamot Station, the venue will encompass a bar and lounge, open kitchen with chef’s table, patio and private dining room. 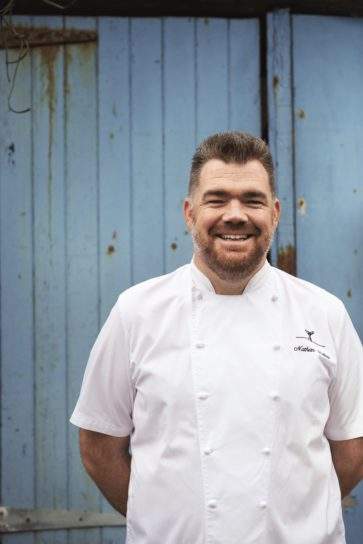 Belgravia hotel The Goring has announced the upcoming arrival of a new restaurant placing the focus on seafood. And most notably, the restaurant will be headed up by celebrated chef Nathan Outlaw. The chef will draw on his culinary background — he learnt to cook seafood while working with Rick Stein and now has two Michelin-starred restaurants in Cornwall — to highlight Cornish produce in the restaurant’s seafood menu. Located in the hotel’s soon-to-open orangery, the restaurant will overlook The Goring’s garden, with design overseen by Russell Sage, and indoor and outdoor seating. 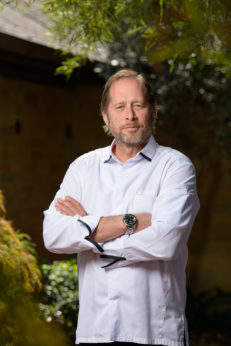 Headed up by chef David Kinch of three-Michelin-starred restaurant Manresa, this new restaurant is sure to garner global attention. The Italian spelling of French village Menton, which sits near the border of France and Italy, Mentone will focus on Italian and French cuisine, with a California ethos and locally sourced ingredients. While the menu is currently in the development phase, you can expect to be served pizza made with house-milled flour from Manresa Bread partner and head baker, Avery Ruzicka. The restaurant is a part of the Aptos Village development just outside Santa Cruz. 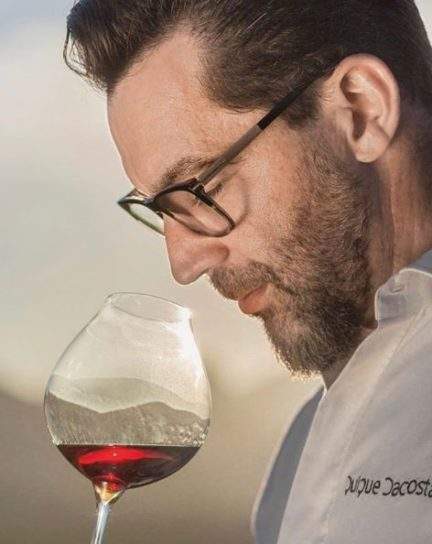 Esteemed chef Quique Dacosta of eponymous three-Michelin-starred restaurant in Costa Blanca, which has also been named among the world’s best, is set to open Arros QD in London. The new restaurant is slated to make its debut early this year in West London, giving diners a taste of the chef’s signature cuisine combining fine Spanish ingredients with innovative culinary techniques. As its name suggests, this restaurant will focus on rice, placing the simple ingredient in high gastronomy. 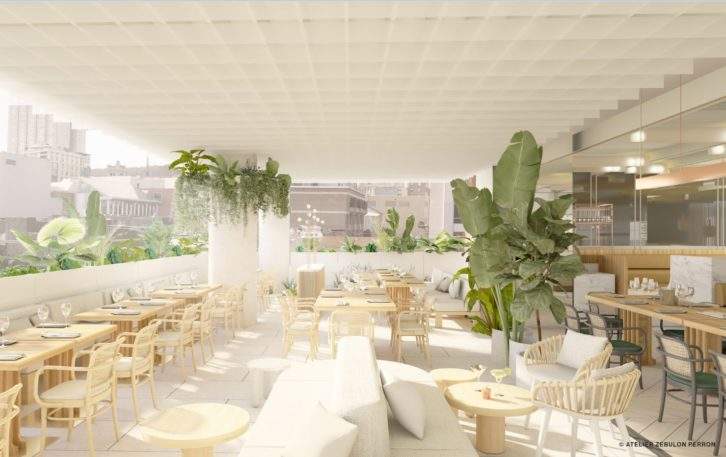 The renowned New York-based chef, Marcus Samuelsson, is soon to open his first Canadian restaurant, Marcus, at the new Four Seasons Hotel Montreal. The restaurant and bar will stay true to the chef’s unique culinary style, taking the traditional idea of a brasserie in a new direction, and diners can expect a raw bar, and the use of local vegetables and grains, with inspiration taken from the local community. Samuelsson has worked closely with local growers and producers to craft a menu that reflects his own culinary roots, from Ethiopia to Sweden and his hometown, New York City, and art and music are woven into the dining experience. 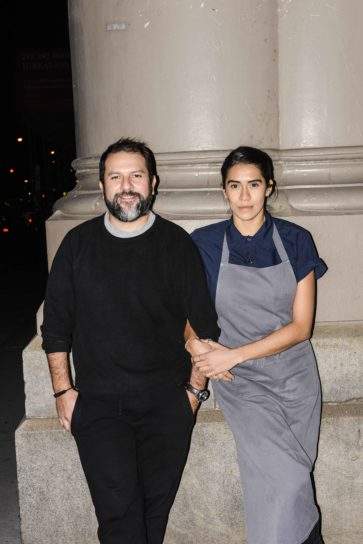 With accomplished chef Enrique Olvera at the helm, you can be sure this currently unnamed restaurant is one to look out for in the coming months. The new restaurant will be opening in the Arts District of Los Angeles in the summer, and just like his other restaurants it will focus on Mexican cuisine. For this opening though, Olvera has teamed up with chefs Daniela Soto-Innes and Yana Volfson of Olvera’s restaurants Cosme and Atla in New York and Pujol in Mexico City. Mexican architect Alonso de Garay is behind the restaurant’s modern interiors, and you can expect the menu to have a greater focus on vegetables and seafood. 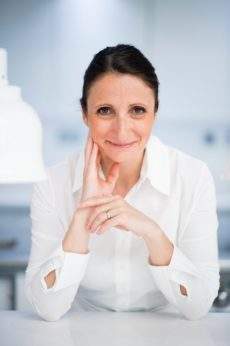 This fine dining restaurant by three-Michelin-starred chef Anne-Sophie Pic is one of the exciting additions we’ll see to legendary hotel Raffles Singapore when it reopens after its major renovation. This is the chef’s first restaurant in Asia, and just like her fine dining restaurants in London and France, Le Dame de Pic at Raffles Singapore will focus on the chef’s signature style, which is distinguished by her search for aromatic complexity, combination of flavors and powerful tastes that evoke emotions. Pair these dishes with wines from regions of France including the chef’s birthplace, the Rhône Valley. 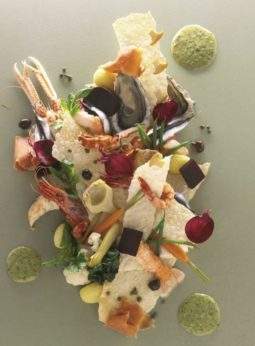 Another welcome addition to the soon-to-reopen Raffles Singapore is this dining spot by legendary chef Alain Ducasse who over the years has earned a constellation of Michelin stars. BBR, which stands for Bar & Billiard Room, will be the chef’s first Mediterranean sharing plate and grill concept, taking diners on a culinary journey along the Mediterranean coast. The space will feature a high-energy open kitchen with charcoal grill and wood-fired pizza oven, along with a lively bar and lounge serving cocktails. BBR will also be the setting for Raffles Singapore’s indulgent Sunday brunch. 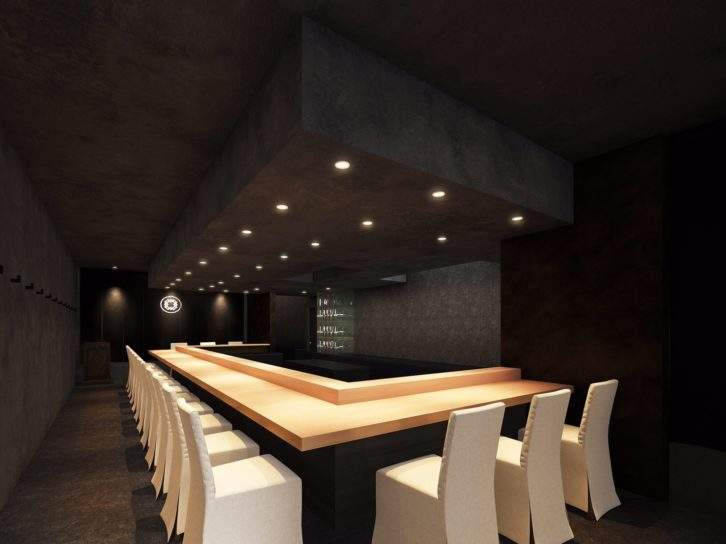 Some of Tokyo’s most celebrated yakitori is coming to New York as Showa Hospitality partners with Tokyo’s Michelin-starred Torishiki group led by chef Ikegawa. The lauded Japanese chef decided to open his first international restaurant here based on customer request. When it opens in March, Torien will give diners the chance to try these legendary grilled skewers in a sleek dining space of Noho. Skewers will be served omakase style with counter seating and private dining. 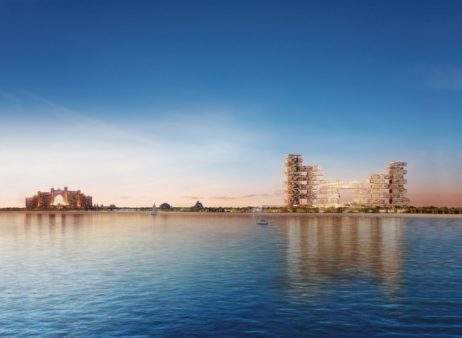 The second outpost of Dinner by Heston Blumenthal is slated to open this year at the new Royal Atlantis Resort & Residences in Dubai. Following the same theme as its siblings, this restaurant will offer Blumenthal’s imaginative contemporary dishes, which are based on historic recipes. In its enviable setting, the restaurant promises to command views over the Dubai skyline and Persian Gulf, with a bar incorporated into the space, two outside terraces and a private dining room. 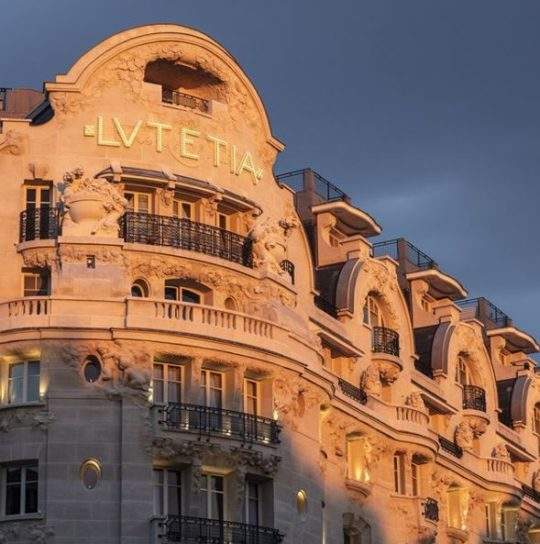 The 1910-founded Hotel Lutetia opened last year after a four-year renovation that saw the heritage property undergo a complete transformation. The next phase in its revival is the re-opening of Lutetia Brasserie under the expertise of chef Gérald Passédat who is also behind three-Michelin-starred restaurant Le Petit Nice in Marseille. As the esteemed chef’s first Parisian address, Lutetia Brasserie will bring his interpretation of Nouvelle cuisine to the new-look two-story space with terrace. 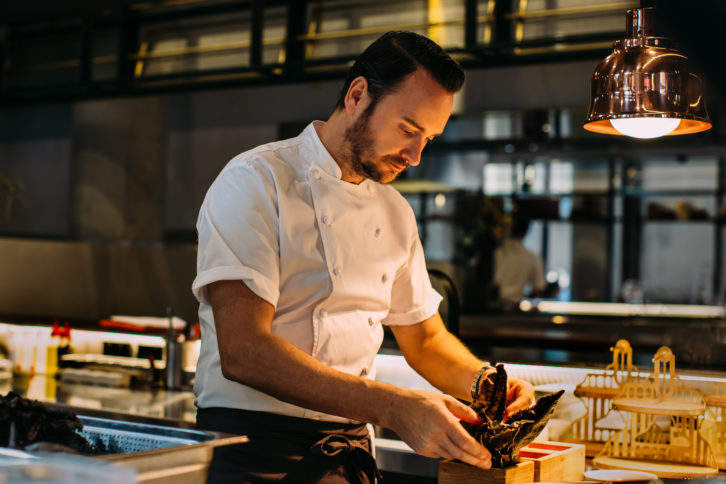 The opening date for Jason Atherton’s latest restaurant, which has the working title H.O.M.E, is yet to be announced, but it is said to be later this year. The new London dining spot will sit alongside Atherton’s flagship Michelin-starred restaurant Pollen Street Social, in a space that up until now has been used for pop-ups. With just 16 covers, the restaurant will provide a more intimate dining experience, with the kitchen cooking up set menus inspired by Atherton’s travels.