Stay in a new-look Tuscan suite with private wine cellar, be one of the first to see Raffles Singapore as it enters a new era, and celebrate the revival of Hôtel de Paris, Monte-Carlo. We take a look at the biggest luxury hotel transformations of 2019. 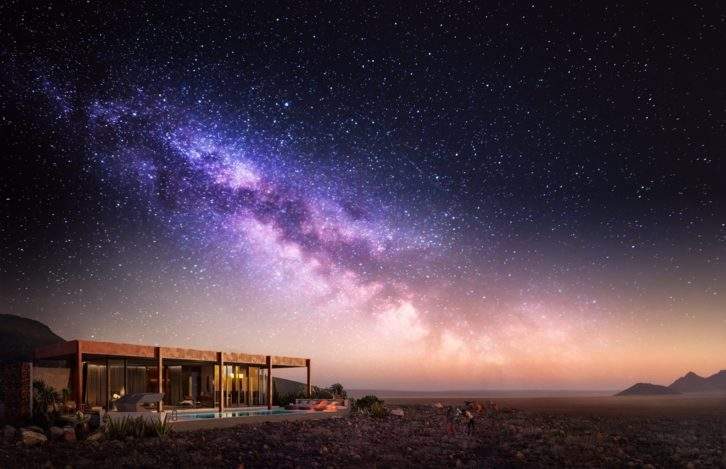 Since closing in January, this lodge in the Namib Desert has been undergoing a complete refurbishment with plans for an October 2019 reopening. When the new-look lodge is unveiled it will have a more modern aesthetic with glass walls maximizing the dramatic desert views. And in line with andBeyond’s ethos—Care of the Land, Care of the Wildlife, Care of the People—it will benefit from a series of upgrades to further reduce its environmental footprint. The current accommodation offering will be expanded with an additional two-bedroom private villa, and with the October reopening, the lodge will launch a series of new experiences including e-bike excursions to the sand dunes and mountains. 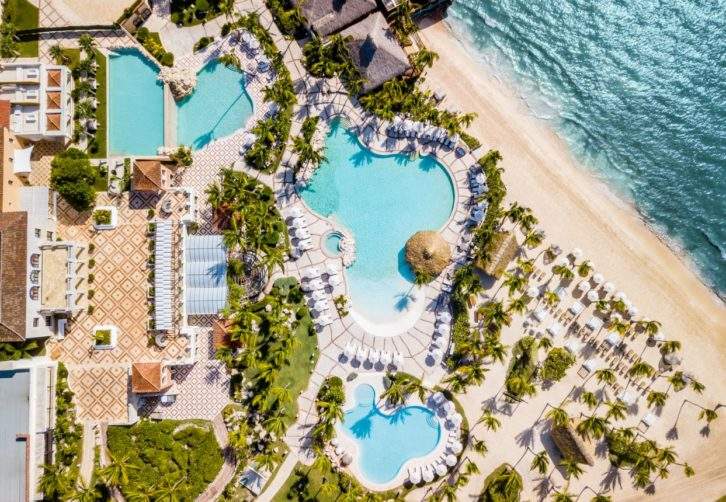 Sanctuary Cap Cana covers 20 tropical acres on the eastern tip of the island, stretching along 2,100 ft of pristine oceanfront. This vast complex celebrated its reopening last month following a multi-million-dollar modernization overseen by Carrillo Projects Co. The five-star property is now home to two new design-centric towers, which between them house as many as 140 additional suites. But the renovation has touched every corner of the resort, with the restoration of its fine architectural features, a re-imagined lobby, upgraded fitness center and spa, and updated restaurants and bars. 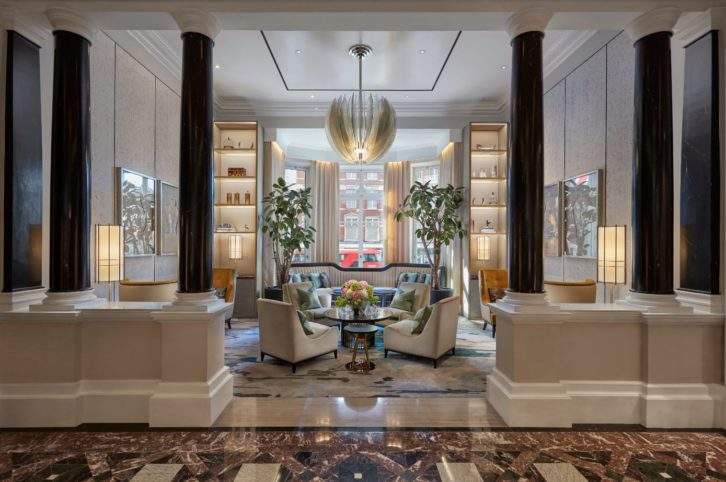 Mandarin Oriental Hyde Park is set to begin welcoming guests back in this spring as it comes close to the end of a renovation following the fire that happened right after the grand unveiling of the biggest transformation in its 115-year history. The Joyce Wang designed lobby, restaurants—including two-Michelin-star Dinner by Heston Blumenthal—spa and event space were unveiled in December, but the hotel will open in its entirety in the coming months. With this grand re-launch, we can expect to see new guest rooms and suites, including two expansive penthouse suites with views of Hyde Park and the London skyline. 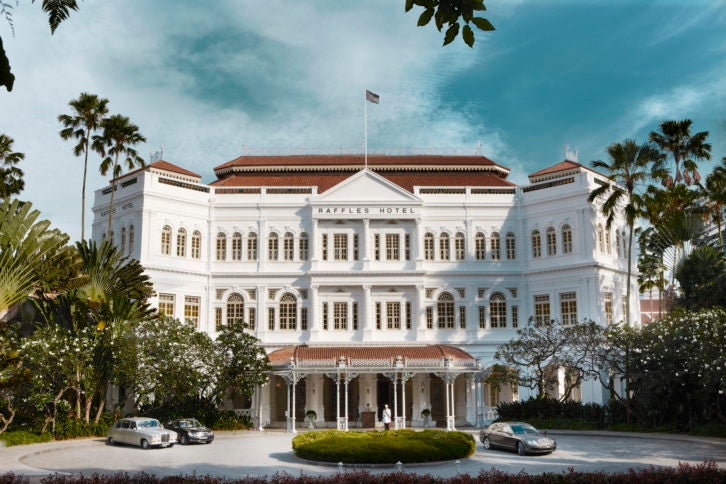 The legendary heritage hotel, Raffles Singapore, is now in its final phase of an all-encompassing restoration with its re-opening slated for mid-2019. This is one of the most talked-about hotel transformations in recent years. Reflecting its long established place in Singapore’s vibrant dining scene, the hotel is enhancing its collection of restaurants and bars with a whole new line-up of celebrity chef led culinary concepts. Expect to see the addition of Bar & Billiard Room (BBR) by Alain Ducasse, Le Dame de Pic by Anne-Sophie Pic, and yì by Jereme Leung. You’ll still be able to visit Tiffin Room, Long Bar—home of the Singapore Sling—and have afternoon tea in The Lobby. 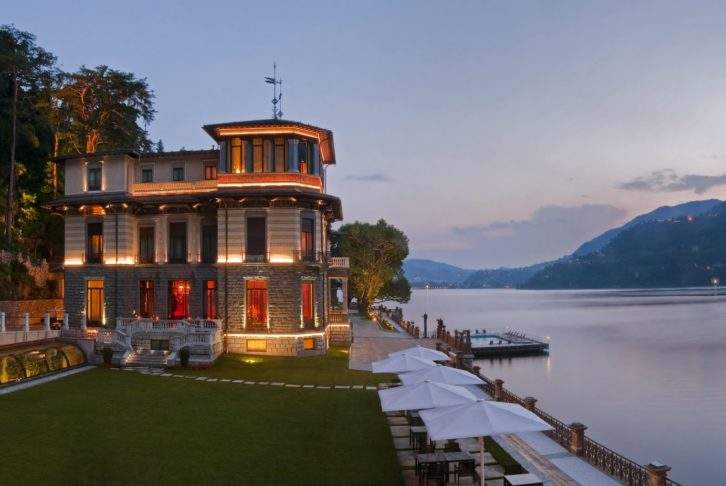 Formerly CastaDiva Resort & Spa, this five-star hotel on the shores of Lake Como is reopening this spring with its debut as Mandarin Oriental’s first European resort, complementing the group’s hotel in nearby Milan. This property lies within the village of Blevio on the lake’s eastern shores, with 6.5 acres of lush gardens and uninterrupted views over the water. The interiors will fuse the property’s heritage and local identity with the Asian influence Mandarin Oriental is known for. Dine on the main restaurant’s terrace overlooking the water; relax with an aperitif at the Pool Bar; and unwind in what will be the largest spa in the area. 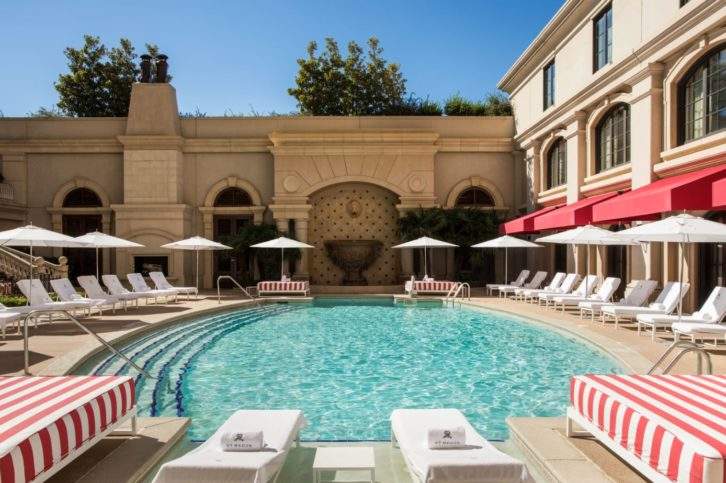 To celebrate its 10th year, The St. Regis Atlanta is undergoing a property-wide refurbishment, refreshing its grand interiors for a spring 2019 reveal. The 10th anniversary celebrations will mark the unveiling of this renovation in which contemporary enhancements are being made to the traditional southern design. While still reflecting its heritage, the hotel will have rejuvenated guest rooms, the introduction of a three-story event space, an expansion of St. Regis Bar, and a new 3,070-sq-ft outdoor terrace at Atlas. Technology will play a role in the hotel’s update too, with an iPad guest services platform integrated into each room. 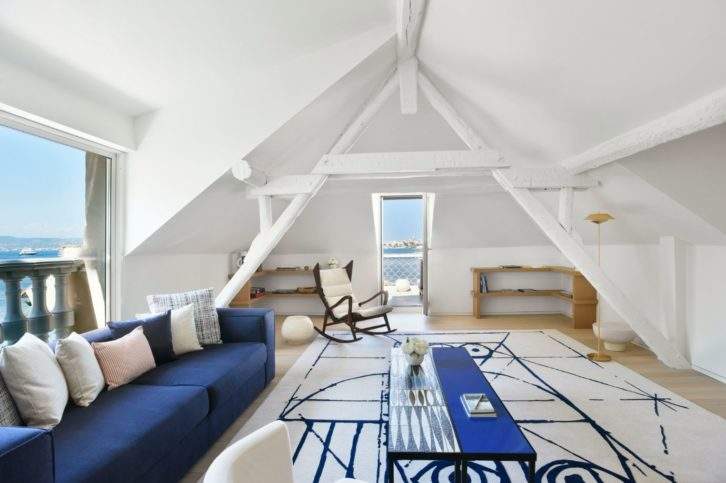 When it reopens in May 2019, the hotel formerly known as La Résidence de la Pinède will become Cheval Blanc St-Tropez. Since the hotel changed hands in 2016 it has undergone a major evolution in its design, tying in with Cheval Blanc Maison’s values of Creativity, Exclusivity, Savoir Faire and Art de Recevoir. The hotel has been designed to embody the French Riviera lifestyle, with fewer guest rooms for even more personalized service. For its new life as a Cheval Blanc property, the interior architecture has been redesigned by Jean-Michel Wilmotte combining the contemporary design Cheval Blanc is known for with the property’s historic integrity and charm. When the hotel opens, The Spa Cheval Blanc will offer treatments by Guerlain and you’ll still be able to dine at La Vague d’Or, the hotel’s three-Michelin-starred restaurant. 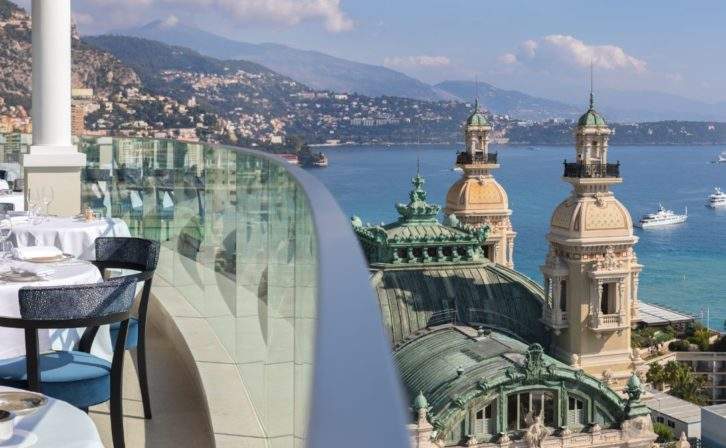 Having been founded in 1864, Hôtel de Paris is a legend in Monte-Carlo. And it’s now garnered a fresh wave of attention with January marking the end of a four-year renovation. The epilogue of this transformation saw the launch of Ômer, Alain Ducasse’s second restaurant at the hotel, and the completion of the top floor’s new Suite Prince Rainier III overlooking Place du Casino. Before this, the program saw the revival of Rotunda Wing, the transformation of Le Grill and the unveiling of the Princess Grace Suite. Last year, the hotel unveiled Le Bar Américain’s new look, the Monte-Carlo Suite, new courtyard patio and restored restaurant, Louis XV – Alain Ducasse à l’Hôtel de Paris. This hotel’s transformation is one part of the ambitious program to transform Monte-Carlo’s 150-year-old center, Place du Casino. 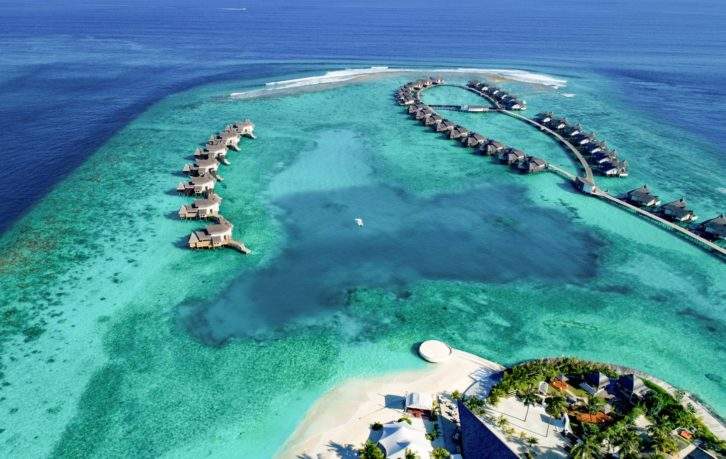 2019 is a significant year for Jumeirah Vittaveli as the resort reveals a collection of new Private Ocean Retreats. Seven Private Ocean Retreats were unveiled last month, with each offering over 4,300 sq ft of space encompassing a glass-bottomed sunken lounge, large open-air deck with relaxation bed, extended overwater hammock, and the Maldives’ longest waterslide. These retreats come with in-villa dining, yoga, spa treatments and a dedicated butler. These will be joined at the end of the first quarter of 2019 with seven new Infinity Pool Ocean Villas. In addition to extending its accommodation offering, the resort has added to its collection of restaurants and bars with the January opening of UnderChic, an underground whisky salon focusing on award-winning whiskies and artisan chocolate. 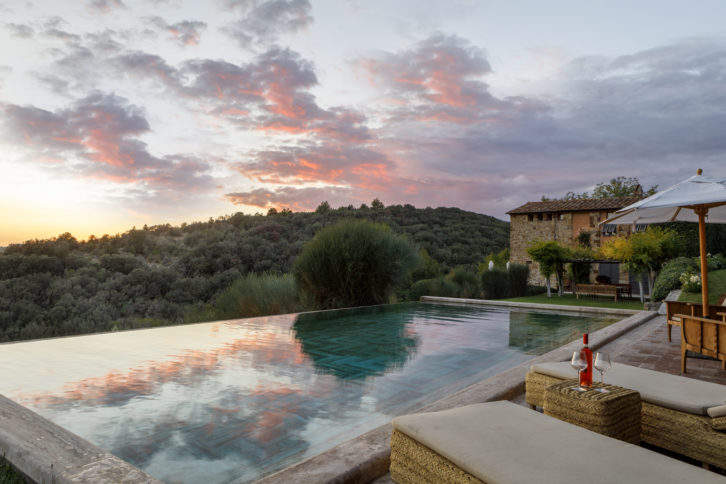 When it opens for the season on 1st March 2019, this Tuscan property will reveal a brand new Spa Suite, renovated private villa with wine cellar, and a newly launched al fresco spa menu. The new Spa Suite is fitted with a private steam room, sauna, outdoor shower in a rosemary garden, outdoor deck for yoga and a hot tub, making it an idyllic wellness sanctuary. In contrast, the hotel’s largest suite, Villa Chiesina, is the perfect retreat for oenophiles. The renovated villa now has a new space for tasting wines from the villa’s private wine cellar. Whether you’re here for a wellness retreat or to try the local wine, these new suites promise to enhance the experience.