Celebrate New Year’s Eve in style at these lavish events taking place around the world. From seeing Rita Ora perform in a Maldivian idyll to dancing the night away on a rooftop in New York, these are the best ways to see in 2019. 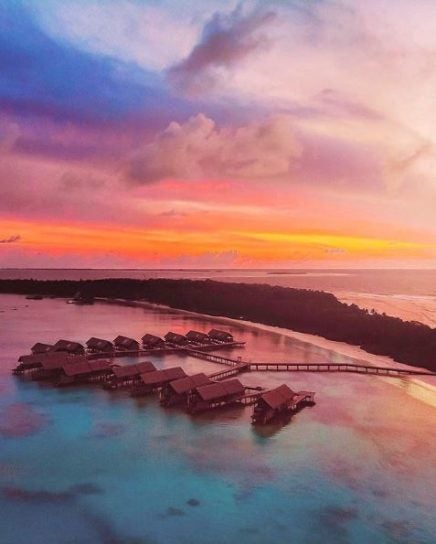 Venture to this idyllic Maldivian island this month for 1970s-inspired New Year’s Eve celebrations. The resort’s white-and-gold retro glam party, Here We Go Again, will see live performances from BABBA (an internationally acclaimed ABBA tribute act), the creation of ABBA-themed cocktails at Manzaru Bar, and a celebration of island gastronomy at the resort’s restaurants Javvu and Fashala. During the day, make the most of the resort’s masters in residence program – over the holidays, the resort will be hosting golfer Barbara Borin and tennis pro Elie Rousset, giving you the chance to take part in tennis clinics and golf lessons. 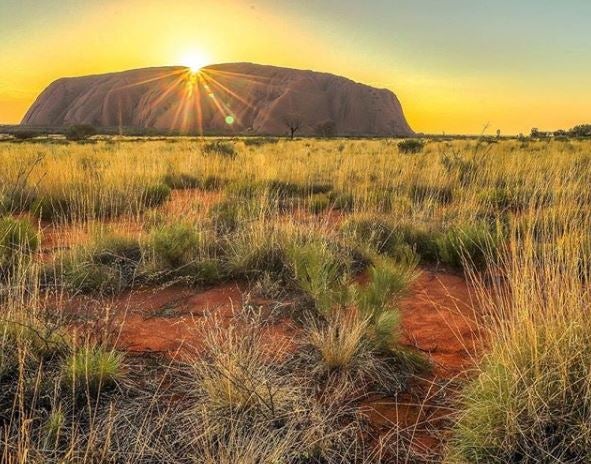 The luxury travel specialist Original Travel is hosting a one-of-a-kind tour this New Year, making it possible to see in 2019 twice. On this bespoke journey, you’ll travel by private jet between Australia and the United States to see the first sunrise of the year in Uluru before celebrating in style in Los Angeles. As trips are entirely bespoke, the details of your itinerary are tailored according to you. 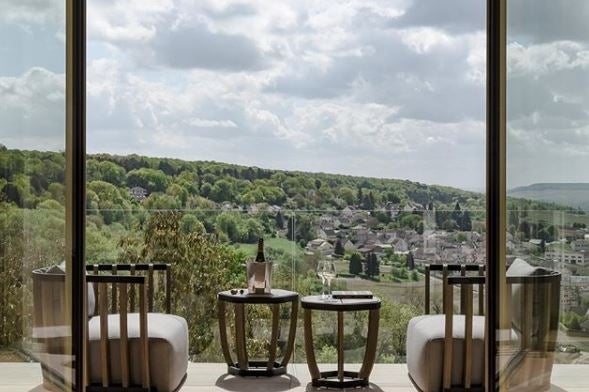 Celebrate the arrival of 2019 in the Champagne region’s newest hotel, Royal Champagne Hotel & Spa. The new luxury hotel will be marking the occasion with a sparkling New Year’s Eve party featuring lavish celebratory dinner cooked up by Michelin-starred chef Jean-Denis Rieubland – expect dishes like deer with Grand Veneur sauce, Rutabaga drops with truffles, and roasted sea bass fillet with oscietre caviar, paired with champagne from local cellars. The following day you’ll be able to unwind with brunch complete with live cooking demonstration, and in the spa overlooking the hills of vines.

Revel in Glittering Celebrations at The Peninsula Chicago 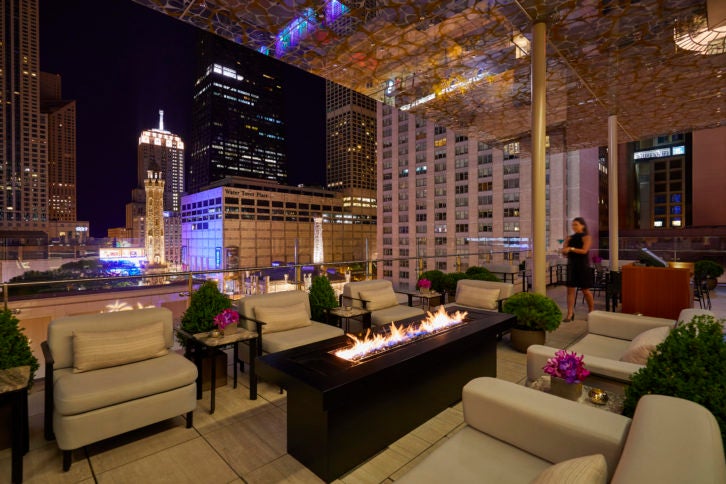 Each year, The Peninsula Chicago hosts a New Year’s Eve gala in its grand lobby and this year is no exception. Join the black tie party for a welcome cocktail, five-course dinner and dancing to the music of live band LUVU, culminating with a champagne toast ushering in the New Year. You can also head up to the recently opened rooftop venue, Z Bar, for its All that Glitters party with live entertainment and midnight countdown. 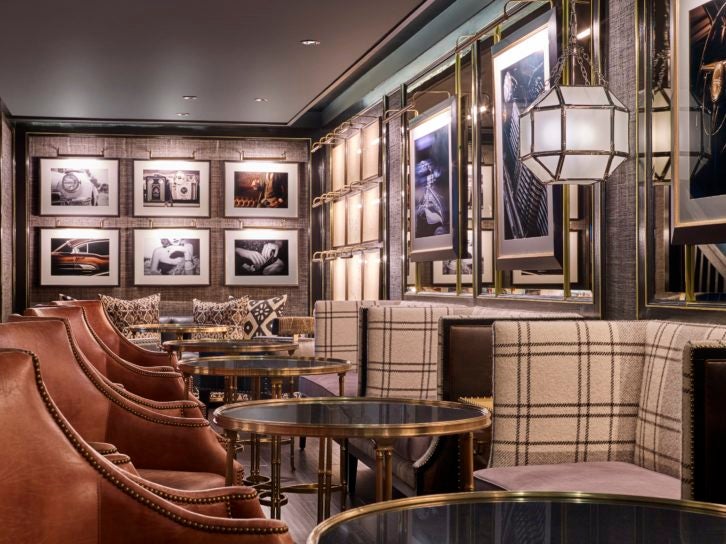 See in the New Year at the modern Aspen landmark, Hotel Jerome, an Auberge Resort, for the hotel’s two-part soiree. The celebration will begin at American bistro, Prospect, with a choice between a three-course dinner with a glass of welcome Moet Grand Vintage Rose champagne, and four-course meal with bottomless Ace of Spades Brut Gold. Expect dishes to include caviar, poached lobster tails and Rohan duck. After dinner, continue on to the new underground bar, Bad Harriet, for its New Year’s Eve Bash complete with bottomless Ace of Spades, top shelf open bar, Flowers chardonnay, Leviathan red and hors d’oeuvres, plus DJ and dancing.

Celebrate in Style on St Barths 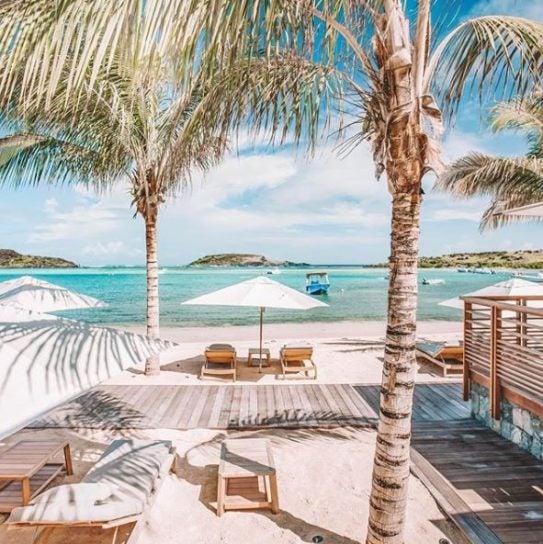 Head to the celebrity favorite New Year spot St Barths for a stylish celebration at Le Barthelemy Hotel & Spa. Combining its idyllic location and buzzy nightlife scene, the hotel is hosting an elaborate New Year’s Eve party at beachfront restaurant Aux Amis and brand new bar, WTF Rooftop. Dine on lobster thermidor, smoked salmon tart with Kristal caviar and roasted chicken with black truffle, then sample the new bar’s creative cocktails. Enjoy all of this while staying in one of the oceanfront villas and top the stay off with a detox facial by La Mer at the hotel’s spa. 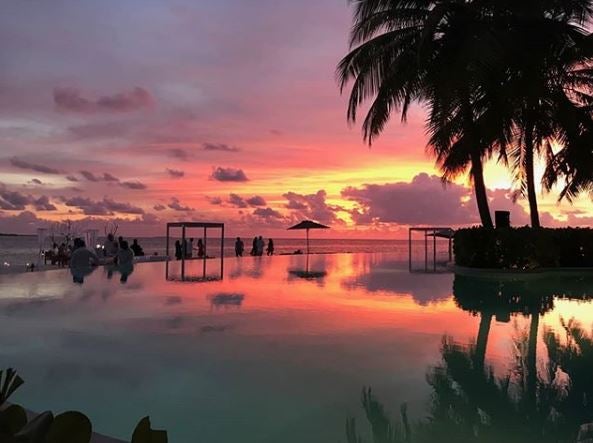 Pushing out all the stops this New Year, Amilla Fushi is hosting an end of year party with an exclusive performance from pop phenomenon Rita Ora ahead of her upcoming Phoenix World Tour. Complementing this is entertainment from pyro performers The Fuel Girls and singer Edel Lynch, along with gastronomic surprises at the island’s restaurants Feeling Koi, Baazaar Bar and Mystique Garden. The Australian footballer, and former Everton player, Tim Cahill, will also be on the island to inspire young footballers with elite coaching.

Get into the Party Spirit at Nobu Hotel Shoreditch 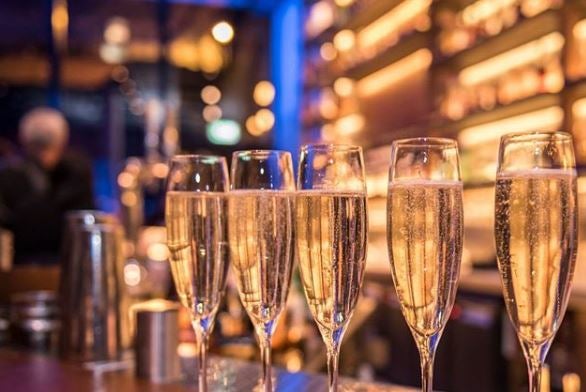 Bid farewell to 2018 with an exclusive omakase meal in the buzzing dining room of this stylish London hotel. The special New Year’s Eve dinner encompasses the restaurant’s signature dishes in seven courses, ranging from sushi and scallops to truffle crusted turbot, and the distinct Nobu Clock dessert featuring vanilla tart with strawberry and Suntory whiskey mousses and champagne jelly. The dinner will be elevated with entertainment throughout the night including a live performance from singer Kate Stewart. 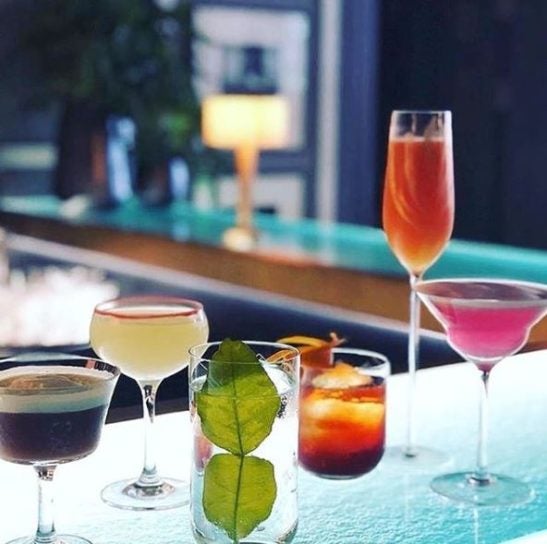 Have a sophisticated start to the year by being a part of the 1920s themed celebrations at Browns Hotel in Mayfair. The hotel has partnered with Ruinart for the occasion and cocktail maestro Salvatore Calabrese has created a menu of special cocktails to be served in Donovan Bar. Sample drinks like the Flower Power, which is made of Hendrick’s gin re-distilled with rambutan, butterfly pea tea, lemon juice and lavender honey, and the Lady Forte with Don Julio Blanco tequila distilled with timur pepper, blood orange and grapefruit juice, agave syrup and champagne. The hotel’s live jazz duo will be playing throughout the evening. 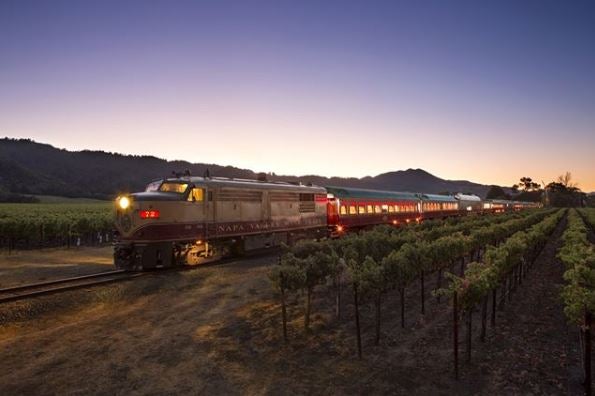 For a New Year’s Eve unlike any other, step aboard the Napa Valley Wine Train. This unique experience is a part of a New Year’s Eve package created in partnership with luxury Napa Valley hotel, River Terrace Inn. The journey begins with a welcome reception at the train station featuring appetizers and glass of wine or champagne. You’ll then embark on a three-hour journey through Northern California’s famous wine country with a four-course gourmet dinner prepared by chef Donald Young. The celebration continues at River Terrace Inn where you’ll spend the night. 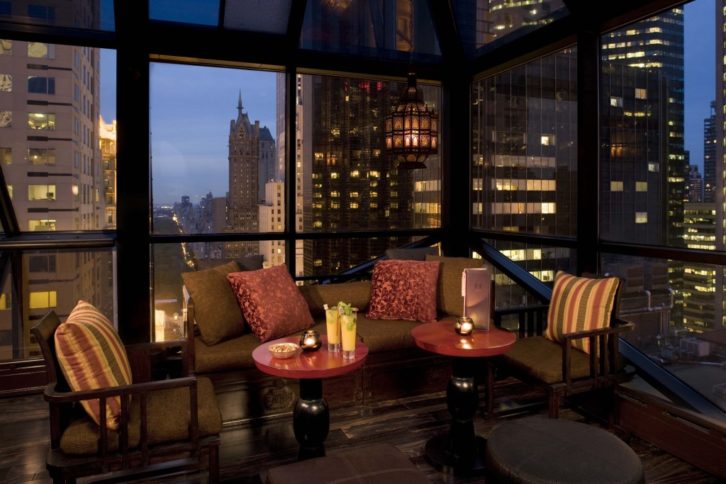 Make the first moments of 2019 especially memorable by celebrating New Year’s Eve high above Fifth Avenue at The Peninsula New York’s rooftop bar, Salon de Ning. From 23 stories up, you’ll be able to dance through the night with dramatic views of the city and enjoy the hotel’s culinary creations topped off with a champagne toast at midnight. This isn’t the only New Year’s party taking place in the hotel though. The Peninsula New York’s black tie New Year’s Eve Gala will unfold at Clement with a lavish dinner and dancing.