Make this month one to remember by seeking out the world’s latest and greatest culinary experiences. From a celebration of Mexican cuisine at Rosewood Mayakoba to special menus by Wolfgang Puck, these are the best places to eat in February. 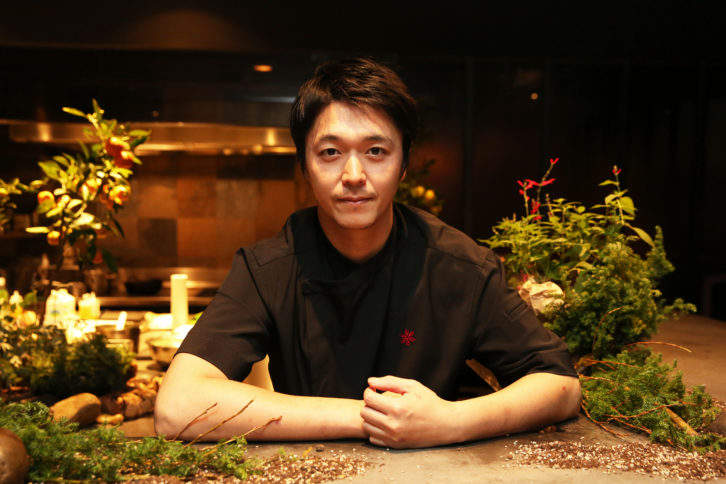 One of the most exciting recent additions to London’s restaurant scene, Ikoyi, is making its mark this month with a special dining experience on February 21st. The Michelin-starred restaurant (it won its first star just one year after opening), which specializes in providing a modern interpretation of West African flavors, is welcoming chef Hiroyasu Kawate of Tokyo’s two-Michelin-starred restaurant Florilége into its kitchen. This follows on from head chef and co-founder of Ikoyi, Jeremy Chan’s, appearance last year in Tokyo. This time around, Kawate will be creating a blind tasting menu of nine courses by blending his techniques and culinary perspectives with Ikoyi’s native and specially sourced products. You can complement this meal with wine pairing. Contact the restaurant’s reservations team for more information. 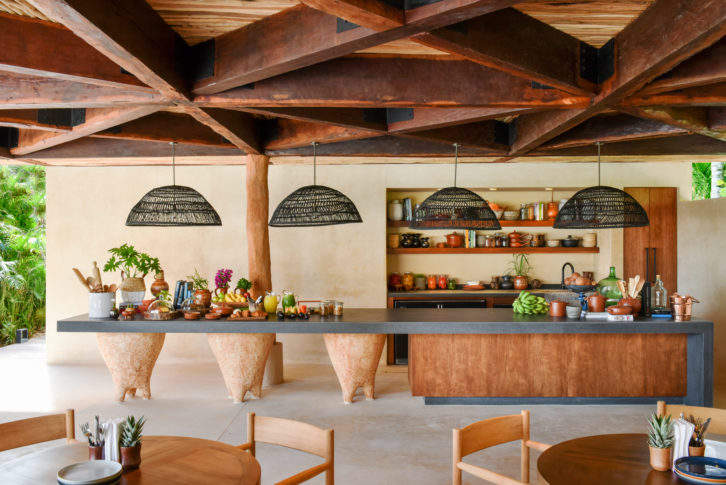 Rosewood Mayakoba is celebrating Mexican cuisine and artisans this month with its inaugural Yo ♥ Mexico Celebration. From February 22nd to the 24th, the resort will be hosting a series of interactive events including pop-up culinary experiences, from a garden party to a beachfront feast, and tastings with artisans, as well as distillers and wineries such as Montelobos Mezcal, Cerveza Akumal and Adobe Guadalupe Vineyards. A series of guest chefs  including Rick Bayless, Edgar Nunez and Javier Plascencia will be joining the resort’s chef Juan Pablo Loza in creating a culinary experience at La Ceiba Garden & Kitchen on the Friday evening and a culinary showcase bringing together their signature dishes on the Saturday evening. Proceeds from the main event  will benefit the local elementary school, which is funded by the friends and associates of Rosewood Mayakoba, Centro Educativo K’iin Beh. 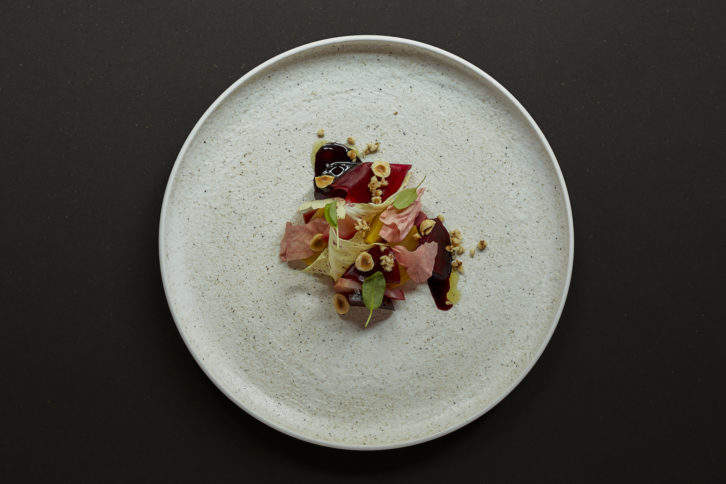 February 12th will see the arrival of the brand new restaurant and bar, Yopo, at luxury boutique hotel, The Mandrake. The new dining spot will fuse modern European cooking with South American elements, taking inspiration from the hotel’s namesake – a plant found deep in the rainforest of Venezuela. In line with the philosophy that runs throughout the rest of the hotel, the restaurant promises to provide a sense of escapism, which in this case is through stylish dining from morning coffee through to dinner and drinks. Expect dishes combining classical cooking techniques and experimental ingredients, such as ceviche of seabass with blood orange, red onion and nasturtium; charcoal grilled octopus with aji pancha and avocado; and scallop with anchovy, capers, pumpkin and truffle. Finish with the Itakuja chocolate with yogurt sorbet, salted caramel, fennel pollen and olive oil. 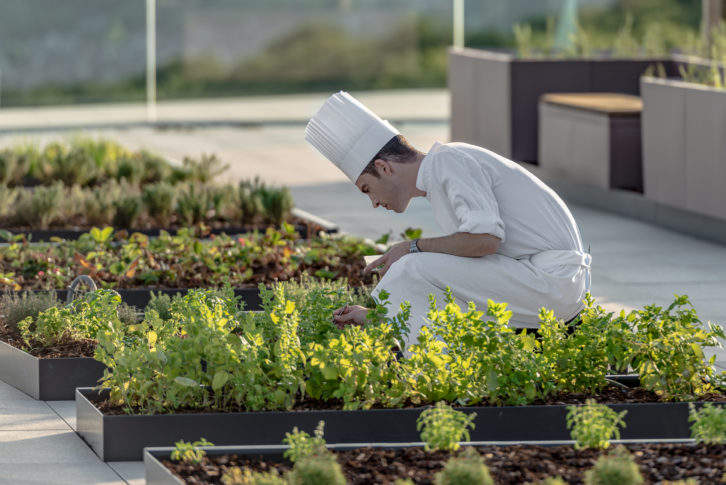 With the recent announcement of the Michelin Guide France 2019 results came the news of Royal Champagne Hotel & Spa’s first Michelin star. This accolade comes less than six months after the hotel and its restaurants’ opening. The Michelin star was awarded to the hotel’s fine dining restaurant, Le Royal, led by acclaimed chef Jean-Denis Rieubland who’s previously earned two Michelin stars and the coveted Meilleur Ouvrier de France (MOF) designation. Le Royal is distinguished by its playful take on contemporary fine dining, featuring locally sourced meats and poultry, organic vegetables grown in the region and honey that’s been harvested on the grounds. Try the crab flavored with kaffir lime, served with caviar, mango and citrus fruit. Go for the roasted blue lobster with tempura of crowbar and potato mousse with parsnip and salsify. Or order the deer and persimmon that’s flavored with mint and ratafia. 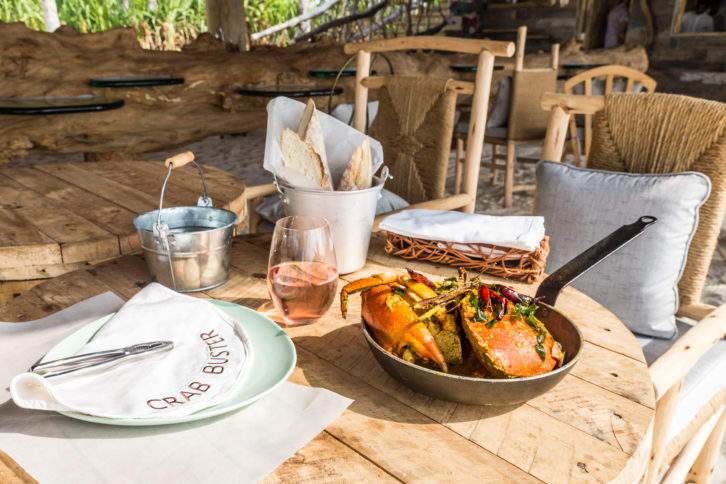 The ultra-chic Maldivian resort, Soneva Jani, has just unveiled its newest restaurant, The Crab Shack. The open-air, two-floor dining spot now sits on Soneva Jani’s southwest beach, with the ground floor taken up by its main dining space, kitchen and bar, and a deck with tiered daybeds for gazing out at the ocean on the first floor. Each day, the restaurant’s lunch and dinner menus will focus on one particular type of crab, from Sri Lankan mud crabs and Alaskan crabs to the Kamchatka variety. These will be prepared in the style of your choice. Opt for the chilli crab, Thai or Sri Lankan curry, black pepper crab, Szechuan spicy wok-fried crab, or Vietnamese crab with tamarind, ginger and black pepper. This is a no-shoes, toes-in-the-sand kind of place, with light and breezy design incorporating reclaimed wood and driftwood timber, re-purposed barrels and recycled glass. Find a seat at the central communal table or dine at one of the private tables for four. 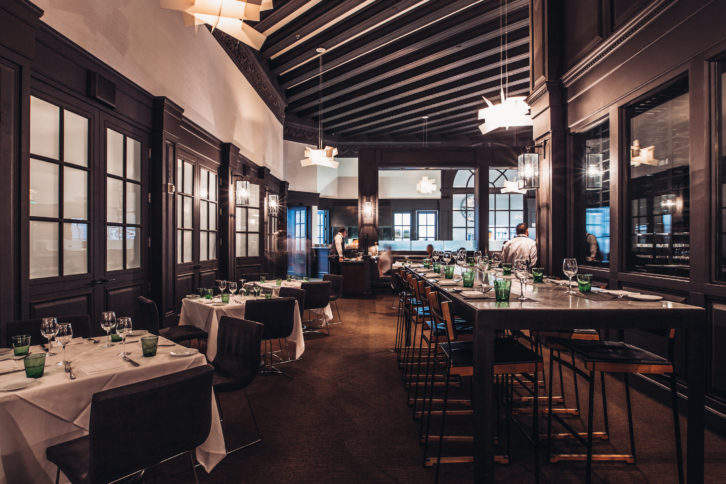 February 12th, Lupo by Wolfgang Puck in Mandalay Bay Resort and Casino is set to host its signature philanthropic food and wine event, Sip & Savor. Hosted by Wolfgang Puck himself, the event promises to be an unforgettable evening of Italian food, drink, music and entertainment. And it’s all in aid of Keep Memory Alive and the Cleveland Clinic Lou Ruvo Center for Brain Health. Inspired by Italian street fairs, the event will showcase a series of specialty dishes from some of Las Vegas’ top restaurants with live-cooking by chefs including executive chef of Wolfgang Puck Bar & Grill at MGM Grand, Dylan Hallas, and executive chef of CUT Las Vegas at Palazzo, Matt Hurley. Indulge in handmade breads, pastas and pizzas, a suckling pig, seafood risotto, fresh mozzarella and gelato, accompanied by fine wines from more than 20 wineries, Negronis from a Campari bar with interactive ice lounge, Amora tastings and house-made Limoncello. 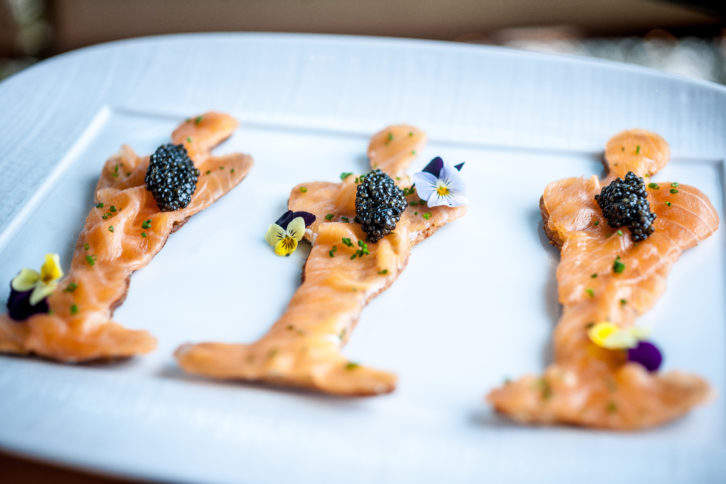 This month, 45 Park Lane, a Dorchester Collection hotel, will be marking Wolfgang Puck’s 25th year of cooking for the Academy Awards with a special Oscars Night menu. Available from February 21st to February 24th, the menu that’s been specially created by Wolfgang and executive chef David McIntyre will bring together a series of dishes Wolfgang has previously served to Hollywood legends. A la carte dishes include black truffle chicken pot pie, asparagus salad with shiro miso, and smoked salmon pizza with crème fraiche and caviar. Over at Bar 45, you’ll then be able to try a special Oscars Negroni cocktail, created for the occasion by bar manager Francesco Orefici. Inspired by hit movie A Star is Born, and taking its name from the memorable love sing in the film, the Shallow Negroni draws on the classic Negroni Sbagliato cocktail recipe, which was first created in 1972. This cocktail is available at Bar 45 throughout February. 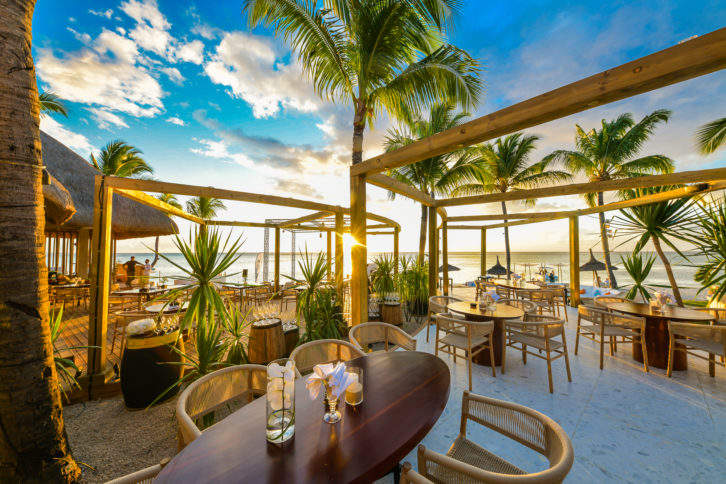 The vibrant Buddha-Bar brand has just made its debut in Mauritius through a new partnership with jet setter favorite, Sugar Beach, and the launch of a new beach-side restaurant and bar at the luxury resort. Buddha-Bar Beach by Buddha-Bar sits on the powder white sand shores of sheltered bay, Flic-en-Flac. As well as serving expertly mixed tropical cocktails, the new venue will offer fusion cuisine, integrating Asian and Mediterranean influence in dishes designed for sharing. Seafood will play a leading role with dishes including sushi, ceviche, lobster dumplings and prawn tempura. Enjoy all of this in laidback surroundings combining colorful bohemian beach-chic with natural elements such as wood, water and stone, and the famous Buddha-Bar soundtrack. 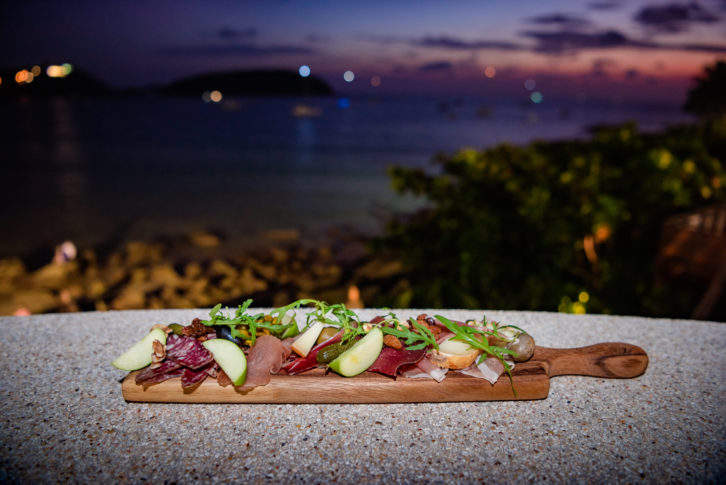 Phuket’s legendary hotel, The Nai Harn, has long been known for its exemplary culinary offering. And now the resort has elevated its reputation for gastronomy with the launch of its new rooftop dining spot, Prime at Rock Salt. Located on top of the resort’s beach restaurant Rock Salt, Prime looks out over the coastline and water, with space for just 20 guests at one time. Perfect for sunset dinners, the new restaurant promises a highly personalized experience and dedicated attention from the team of chefs who are on hand to cook up mouthwatering dishes at the new live cooking station. Inspiration for the cuisine is taken from around the world, so you could follow homemade smoked chorizo fired in a furnace, with masala marinated monkfish tails, or steak from Australia’s Rangers Valley. These dishes are paired with fine wines hand-picked by global wine critic, James Suckling.