Culinary events and and exciting new restaurants continually pop up worldwide, but some undoubtedly stand out above the rest. Here’s our pick of the world’s best places to eat in November, from Northern California to an ice cave in Canada and the verdant Winelands of South Africa. 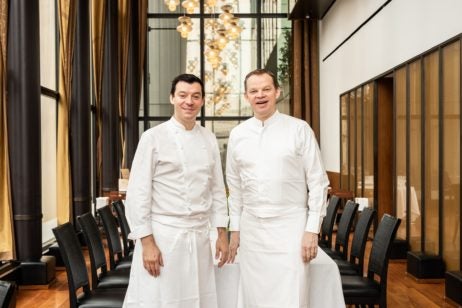 The Michelin-starred culinary director of the Landmark Mandarin Oriental in Hong Kong, Richard Ekkebus, has announced the latest edition in the hotel’s series of Four Hands Dinners. On November 5th and 6th, Ekkebus will be joined by Italian chef Luca Fantin of Il Ristorante – Luce Fantin in Tokyo to create a one-of-a-kind meal at the hotel’s highly acclaimed restaurant Amber. The two-night culinary event continues on from a recent collaborative dinner between the two chefs in Tokyo when they paired their French and Italian techniques with Japanese ingredients. At this dinner, expect dishes like a savory passion fruit macaron with oyster, and white alba truffles shaved over a celeriac millefeuille, granny smith gel celeriac mousseline and emulsion. You can also opt for wine pairing. 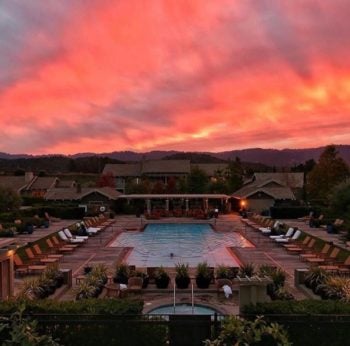 Each month, the Michelin-starred restaurant Madera at Rosewood Sand Hill in Northern California hosts a farm-to-table dinner. Each of these five-course meals highlights a singular seasonal ingredient in partnership with a local farm, with the farmers and executive chef Reylon Augustin joining diners at the meal for a discussion on sustainability and seasonal eating. On November 17th, the restaurant will be hosting the All Star Organics dinner. This particular farm has fields in both Marin and Sonoma with a diverse array of heirloom and specialty crops for the Bay Area, from edible flowers to herbal sugars. A menu incorporating these special ingredients will be paired with a flight of wines from the restaurant’s award-winning sommelier team. 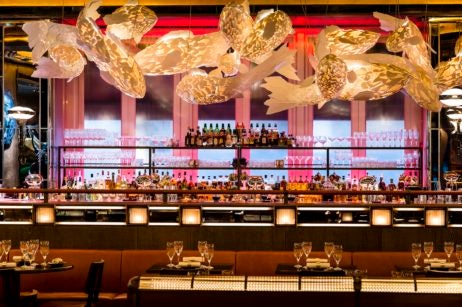 On November 4th, the Mayfair restaurant, Sexy Fish, is launching its first champagne brunch in partnership with Krug champagne house. The new Sunday brunch will be served in multiple courses and accompanied by the premium champagne. For the new menu, the chef director of Sexy Fish, Bjoern Weissgerber, created dishes focusing on fish that complements Krug champagne, from a steamed bun with smoked salmon and caviar to sweet shrimp tiratito. These seafood plates feature alongside other Asian-inspired brunch plates such as green tea waffle with bacon and blueberries, and donuts filled with yuzu curd and salted caramel. Resident DJs turn the Sexy Fish x Krug collaboration into a Sunday brunch party. 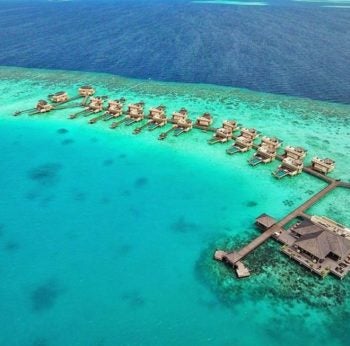 This month, the Maldivian resort, Angsana Velavaru, is welcoming the two-Michelin-starred chef Rolf Fliegauf to the island to host a series of culinary experiences in the overwater restaurant Azzurro. The chef best known for founding the Ecco restaurants in Switzerland will prepare three gala dinners for resort guests, along with hands-on cooking classes. The residency will take place from November 20th to 25th. Based on his passion for experimenting with texture, retaining original flavor and serving meals in a progression of smaller dishes, the chef will serve a degustation menu of plates including oyster with green apple, seaweed and caviar, raw marinated lobster with cucumber, wasabi and yuzu, and Maine lobster with tandoori flavor, radish and citrus. 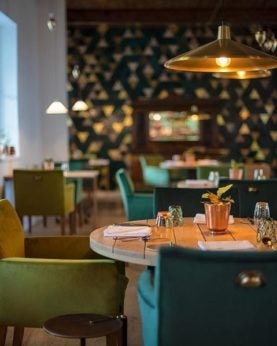 The celebrated South African chef, Bertus Basson, recently opened his sixth restaurant in the Winelands. By visiting the new restaurant, Eike, in Stellenbosch town you’ll be able to dine on the dishes that celebrate South Africa’s regional produce in a warm and inviting dining room within a historic building of Dorp Street. The menu changes according to the fresh ingredients available but you could tuck into dishes like wildebeest with celeriac and macadamia, the classic South African dish bobotie, Koe donuts and local cheeses from the trolley. 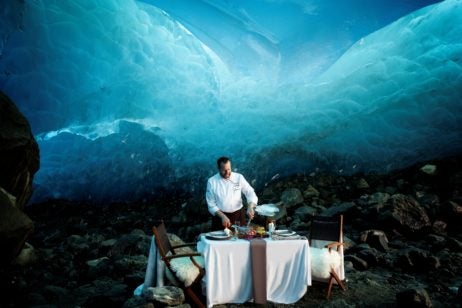 In partnership with Head-Line Mountain Holidays, Four Seasons Resort & Residences in Whistler has just launched the breathtaking new Blue Room destination dining experience. This unique dinner takes place in a hidden ice cave within the mountains of British Columbia. In this cathedral-like cavern, you’ll be served a glass of Krug champagne while the Four Seasons executive sous chef, David Baarschers, prepares a five-course feast, with dishes designed to complement the Northern Divine caviar that’s served on snow and oysters sourced from Vancouver Island. You’ll fly into the ice cave’s remote location by helicopter, enabling you to take in the landscapes of forest, ice and volcanic peaks each way. 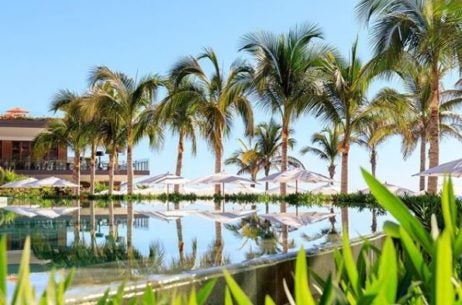 This month, the Relais & Châteaux Grand Chef Jerome Ferrer will be joining the two-Michelin-starred chef Sidney Schutte of Grand Velas Los Cabos’ Cocina de Autor restaurant for three evenings of extraordinary cuisine. From November 22nd to 24th, the two chefs will cook up nine-course dinners, which come with wine pairing, and host a meet and greet. Highlights of the special menu include sea scallop with prickly pear, langoustine with Thai strawberry ceviche, and Kobe beef with marinated maitake mushrooms. The executive chef of Grand Velas Los Cabos, Victor Palma, will also play a part, adding a Mexican touch with local and seasonal ingredients. 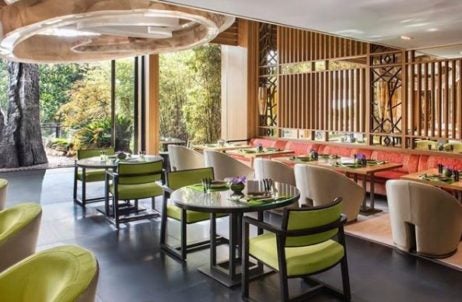 To celebrate its 10th anniversary, Yoshi, the only Japanese restaurant by Joel Robuchon, is hosting 10 unique experiences through to the end of November, from sake tasting to origami. Here in the acclaimed restaurant of Hotel Metropole Monte-Carlo, you’ll be able to join cooking classes with Yoshi’s chef Takeo Yamazaki and an exclusive anniversary meal. On November 8th a workshop in whiskey tasting will be held by a Suntory ambassador, and on the 14th you’ll have the chance to learn about the traditional Japanese tea ceremony. Cooking classes followed by a tasting menu with wine and champagne pairing are on request.