Even older than many of the famed whisky distilleries that hug the remote shores of Islay are the myths and legends that are carried down through the island’s generations. Now, Islay’s oldest distiller, Bowmore, is celebrating its Hebridean home’s folkloric past with the release of No Corners to Hide, a creative collaboration with acclaimed Scottish artist Frank Quitely.

Quitely —best known as an illustrator for Marvel and DC Comics penning the world’s most iconic characters such as Superman and X-Men — began working on the series with Bowmore’s master blender Ron Welsh before the pandemic. For the long-awaited first release, the graphic artist was tasked with creating a single artwork to depict one of the most famous fables in the island’s mythical back catalog: that of the round church of Killarow in the village of Bowmore, the home of the distillery.

As the story goes, on a clear winter’s evening in 1837, the devil is said to have visited the church in Bowmore. The church was built in the shape of a perfect circle in preparation for such a visit as there were no corners in which the devil could hide. The islanders chased the devil from the church down the hill to the Bowmore distillery where they bolted the black iron gates and locked the doors. That is when the devil is thought to have disappeared. Later that night, The Maid of Islay, a paddle steamer used for transporting Bowmore whisky, was loaded with casks for the mainland. The devil was never found, but as the legend goes, it is believed that he hid in a whisky cask, where ironically, there are also no corners to hide. 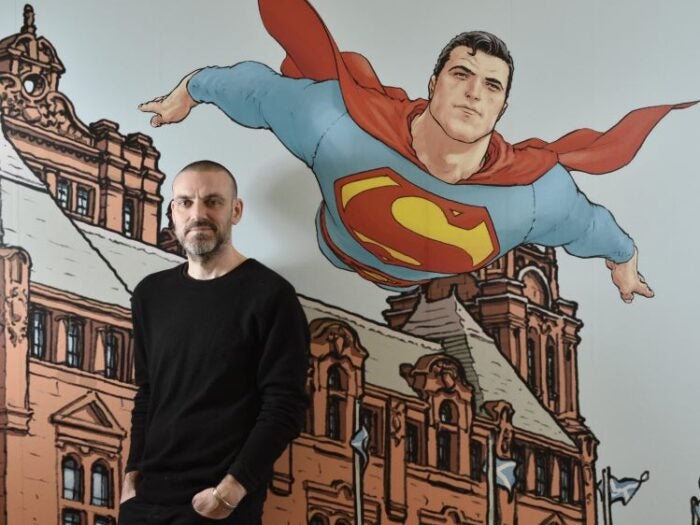 Frank Quitely is better known to his friends and family as Vincent Deighan. Deighan adopted the pseudonym after carving out a name for himself in the Scottish underground comic scene / ©Frank Quitely 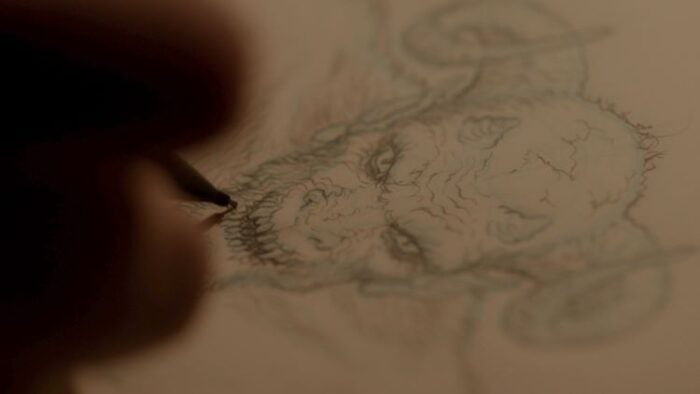 “To get the call from Bowmore, a legendary icon in the world of whisky, offering me the opportunity of retelling the Islay Legend No Corners to Hide was hugely exciting,” says Quitely. “To do this in a single image [was] massively challenging but taking inspiration in the devil himself, it’s all in the detail.”

The first chapter of the artistic collaboration will see the release of a 23-Year-Old and 32-Year-Old on November 1, 2021. When blending the whisky for the first release, Welsh wanted to create a spirit that would transport those drinking it to the heart of the story. “Much like the devil, both aged spirits took their own particularly unusual defining journey in Essencia® barriques, a peculiarly rare ‘Rose Oak’ dating back to the 1830s which creates [a] character to transport you to that cold winter’s night,” said the master blender.

The 23-Year-Old spirit spent 21 years nurtured in ex-bourbon American oak hogsheads before resting for two further years in Essencia® barriques. It is this that created its distinctive character which includes a hint of incense and a struck match, reminiscent of an old empty church. Deep gold in color, there are also sweet flavors of golden syrup, honey and marzipan that are balanced by Bowmore’s unmistakably subtle peat smoke. 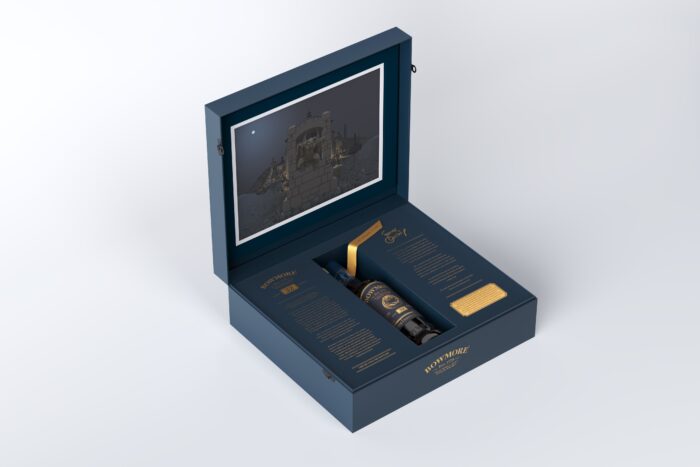 The deeper-hued 32-Year-Old had 30 years of maturation in ex-bourbon American oak hogsheads, followed by two further years in Essencia® barriques like its younger sibling. Aromas of an old cigar box with sweet and floral hints end with a touch of licorice and iodine.

Available exclusively at travel retail outlets, 6666 bottles of the 23-Year-Old are set to be released. The 32-Year-Old will be even rarer with just 666 bottles available to purchase, each of which come with a hand-signed print by Quitely.

[See also: Most Expensive Collection of Bowmore Sells at Sotheby’s]