While it might sound less than appetizing, fat washing is a staple technique that is used in some of the world’s best bars. The process involves melting a type of fat (butter, oil or bacon fat), mixing it with the desired spirit, and then freezing the mixture.

Once the fat has frozen and solidified, it is removed from the mixture, leaving an infused spirit behind. The resulting liquid will have a subtle — but distinct — flavor of the fat used in the process.

[See also: House of Hazelwood: Ultra-rare Whiskies You can Afford to Open]

This recipe calls for Dewar’s 12 Year Old to be fat-washed with truffle butter; a decadent mix. The award-winning, double-aged blend is a direct descendant of the brand’s signature blended Scotch whisky, which was first introduced over a century ago. The whisky has delectable notes of honey, vanilla and citrus; the truffle butter fat washing brings a smooth hint of savory earthiness.

As you’ll have to account for the time it takes to do the fat washing, best to prepare the whisky ahead of time. It’s worth noting that if a meat or dairy product is used for the wash then it will keep for around two weeks (fat-washing with oil is shelf stable). But, the prep time is more than worth it as the Truffle Old Fashioned is utterly delicious and very moreish. 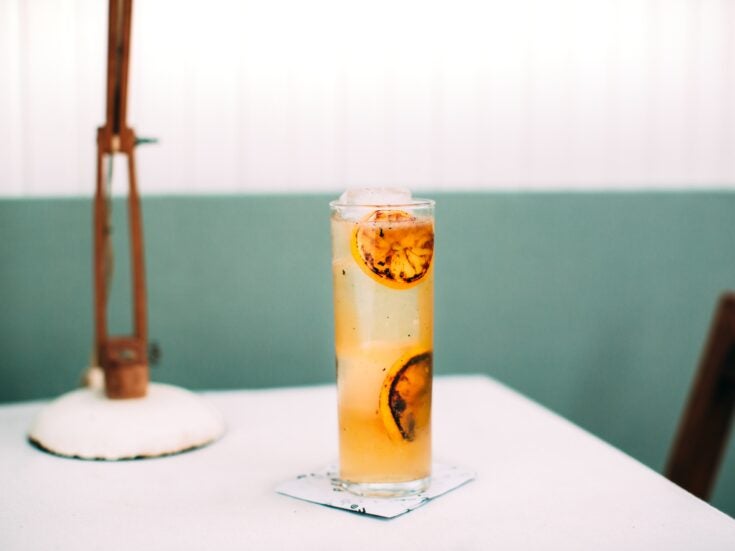 This recipe was created by Masa Uruishio, head bartender at Katana Kitten in New York.

Add all ingredients to a shaker and fill with ice. Shake, and strain into a double rocks glass filled with fresh ice. Garnish with freshly shaved white truffle.