Whisky, or uisge beatha (water of life) as it used to be known in Scots Gaelic, has been distilled on Scotland’s shores for over 500 years. Many of today’s most coveted Scotch brands started life as illicit producers, with smuggling rife until the 1820s, when new tax legislation made legal whisky production profitable. All of this only adds to the allure of pouring yourself a “wee dram.” But with seemingly countless distilleries and hundreds of new releases each year, how do you separate the best Scotch whisky brands from the mediocre?

Less seasoned Scotch whisky drinkers should know that there are five whisky regions in Scotland: Speyside, Lowland, Highland, Islay and Campbeltown, each offering its unique take on the country’s national drink, with the highest concentration of distilleries located around the river Spey in Scotland’s scenic northeast.

Regardless of regional variations, there are a handful of key criteria that all distilleries need to adhere to if they want to obtain the title of Scotch. Unsurprisingly, by law, Scotch whisky must be distilled and matured in Scotland. Furthermore, the maturation process must take place in oak casks for at least three years and the whisky bottled at a minimum strength of 40% ABV.

Despite being among Scotland’s oldest industries, Scotch whisky is leading the way when it comes to green practices, unveiling a new sustainability strategy in January 2021, which commits the sector to reaching net-zero emissions in its operations by 2040. Even more reason to raise a glass.

Here at Elite Traveler, we have rounded up what we consider to be some of the best Scotch whisky brands to add to your drinks cabinet.

The Balvenie uses traditional practices to craft its whisky / ©The Balvenie

A number of factors set this Speyside whisky apart, but probably more than anything else is The Balvenie’s commitment to tradition. From growing its own barley for malting on The Balvenie Mains farm to its team of coopers who repair and rebuild the all-important oak casks, everything is done with a dedication to the craft. It is also among only a handful of distilleries left in Scotland that still has an active malting floor, where the barley is turned by hand until it is ready for the kiln. Its malt master, David Stewart MBE, is somewhat of a Scotch whisky legend and is the longest-serving malt master in Scotland, with a tenure of nearly six decades, using his expertise to oversee the production of some of The Balvenie’s most decorated bottles.

The ever-popular Balvenie Tun 1509 series of annual releases is crafted by Stewart and named after the tun the whisky is married in before bottling. The latest release, Balvenie Tun 1509 Batch 7, is a rich and deep expression, with whisky drawn from four American oak barrels, 10 sherry butts and seven sherry hogsheads. 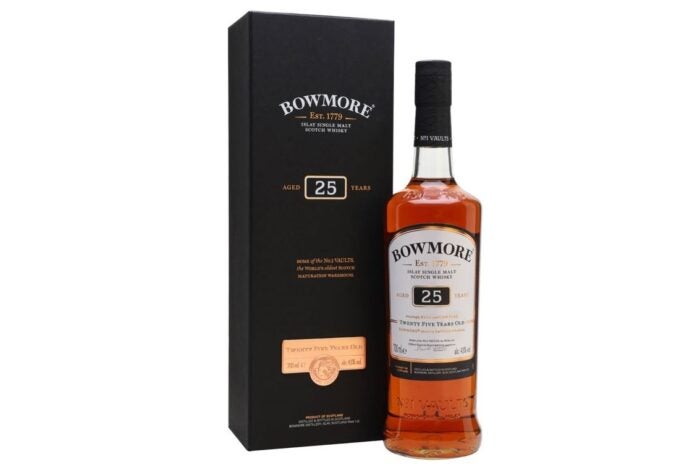 Established in 1779, Bowmore is considered to be one of Scotland’s oldest distileries / ©Bowmore

For over 240 years, the Bowmore Distillery has sat on the shores of the Scottish island of Islay. The Scotch whisky brand has maintained the same traditional production methods passed down over the centuries to create its award-winning fruity and smoky single malts. Bowmore is a whisky shaped by its natural environment: water for its whiskies is drawn from the peaty Laggan River and peat fires the malt-drying kiln. The distillery’s position on the edge of the water, along with its famed below sea level vaults, add a faint hint of salty sea air to the whisky’s character.

Those looking to sample Bowmore in its pureset form should look no further than Bowmore 25 Year Old Single Malt. Matured in North American bourbon and Spanish sherry casks, it offers just a touch of smokiness. 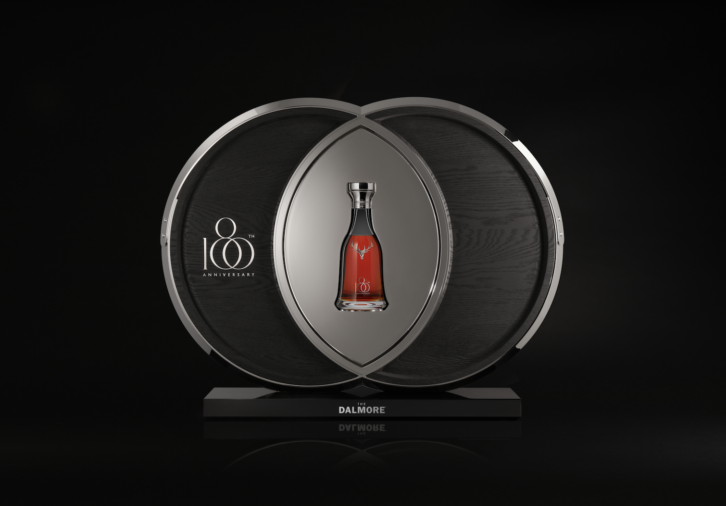 The Dalmore is a must-try for whisky enthusiasts, with its award-winning single malts savored the world over. Produced in the highlands just north of Inverness since 1839, The Dalmore has built a prestigious reputation for its full-bodied and fruity character. The secret to the luxury whisky brand’s success may lie within its exceptional casks, which are hand-selected by their famed master distiller, Richard Paterson (known in the Scotch industry as “the nose” for his blending prowess) and sourced from the world’s finest cellars and exclusive wineries.

The ultra-rare limited-edition Dalmore 60 Year Old was released in 2019 to mark the brand’s 180th anniversary. Just three decanters were produced, making it one of the most exclusive and collectible whiskies in the world.

[See also: The Difference Between Bourbon and Rye Whiskey] 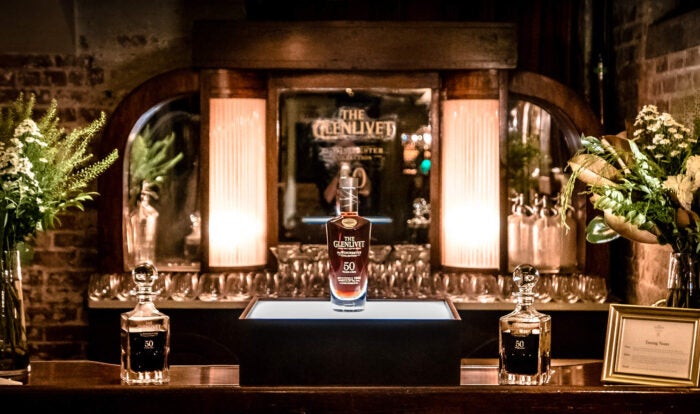 Follow the flowing river Livet through the picturesque Speyside countryside and you will find the remote Glenlivet distillery. Hidden away behind the hills, it was the perfect setting for illicit distilling before The Glenlivet’s founder, George Smith, obtained his license in 1824. Today, The Glenlivet produces 21 million liters of its liquid gold spirit each year and has established itself as one of the most popular Scotch brands in the world.

The Glenlivet XXV blends some of the brand’s rarest whiskies, all of which have been matured for at least 25 years, to create a silky sweet flavor with hints of dark chocolate, spiced fruit and toasted nuts. 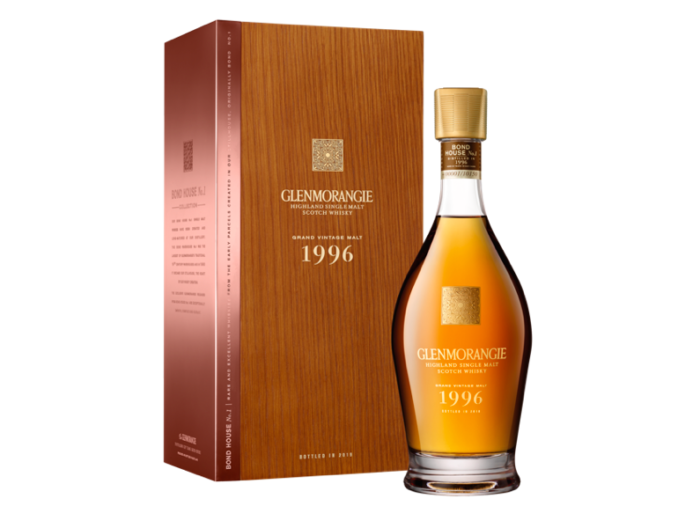 Award-winning highland whisky brand Glenmorangie is best known for its trademark smooth and mellow tones as well as its imaginative and innovative expressions such as the lusciously sweet A Tale of Cake limited edition. However, it is also becoming increasingly recognized for its pioneering sustainability efforts. Perched on the edge of the Dornoch Firth, an area of water designated as a Special Area of Conservation, the distillery has been working as part of a coalition to restore oyster reefs and increase biodiversity.

Winning gold at the prestigious International Spirits Challenge 2020 is the luxuriously creamy Glenmorangie Grand Vintage Malt 1996, the sixth addition to its delectable Bond House No. 1 Collection. Aged for 23 years in casks made from American oak from Missouri’s Ozark Mountains, the whisky has a floral nose with bursts of citrus fruits balanced with hints of fudge and vanilla. 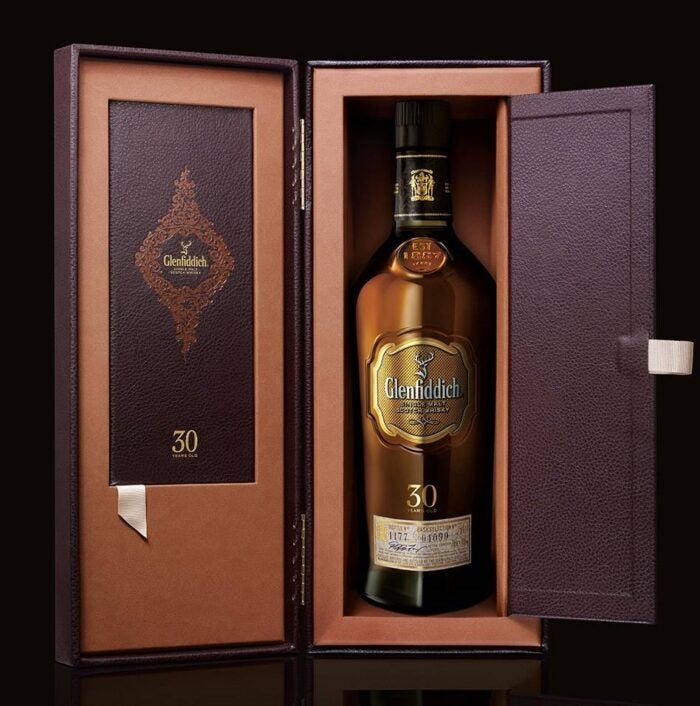 The Glenfiddich Distillery was built by founder William Grant in 1887 with the ambition of producing the “best dram in the valley.” Grant would be delighted to know that today, five generations on, the family-run Speyside distillery is responsible for one of the world’s most awarded single malts. Glenfiddich still uses the crystal waters from a local spring called the Robbie Dhu to make its whisky as it did over a century ago, helping the spirit to retain its character and integrity.

With only a handful of vattings released each year, the highly decorated and rare Glenfiddich 30 Year Old is unquestionably one to savor. The taste stays true to the brand’s soft and fruity character, with subtle hints of sherry and fig, and aromas of oak. 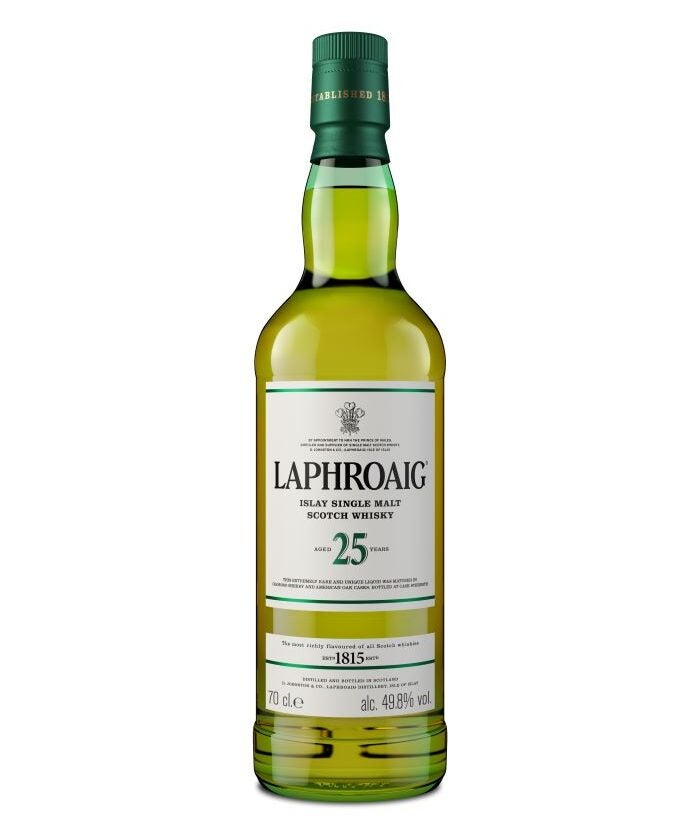 Those who have a penchant for peaty whiskies will be familiar with Laphroaig, one of Islay’s most loved Scotch brands. Pronounced la-froyg, the whisky is renowned for its distinctive smoky hit, which is obtained by burning peat in the distillery’s 180-year-old kilns to dry the malt. The windswept distillery stands right on the edge of Islay’s southern Atlantic coast, and it is here this celebrated whisky has been produced for over 200 years. 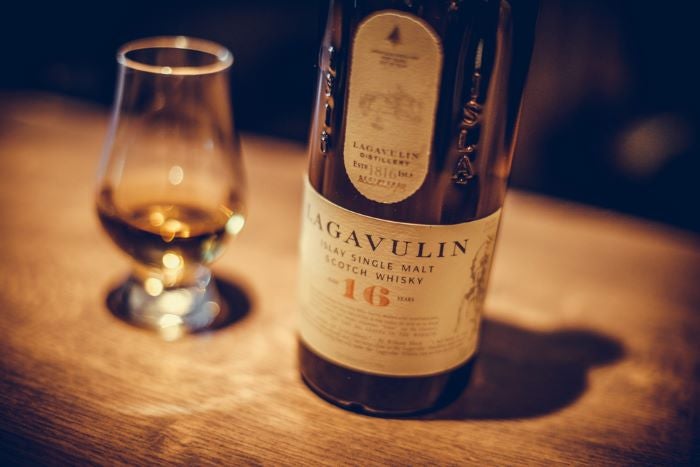 Another famed Islay export, Lagavulin is both literally and historically Laphroig’s closest rival (the two distilleries are just one mile of coastline apart). Its uniquely rich and smoky flavor is the sum of many parts: from the brown peaty water flowing straight into the distillery from the Solan Lochs and the peat-smoke infused grain all the way through to Lagavulin’s signature slow distillation and long maturation process. Notably, Lagavulin was recently awarded for its work with the Royal Society for the Protection of Birds to conserve and restore 700 acres of peat bog on the island.

Pour yourself a dram of Lagavulin 12 Year Old Special Release 2020, bottled at 56.4% ABV. Limited quantities of this sweet and smokey limited edition were released. 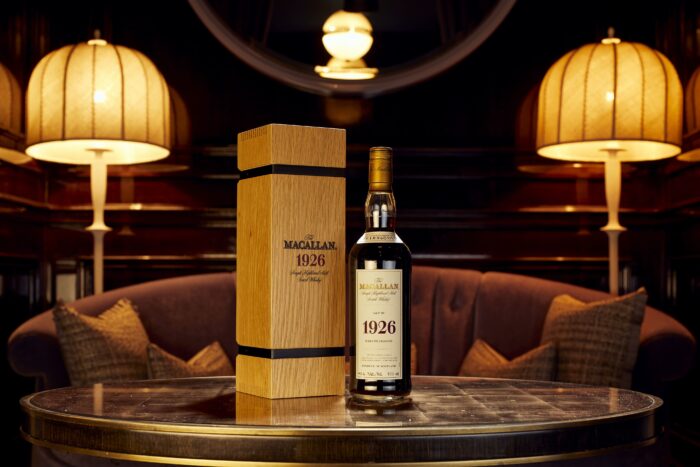 One of just 14 bottles of The Macallan 1926 / ©Whisky Auctioneer

Producing some of the most coveted bottles by serious collectors, The Macallan has built a reputation for unparalleled excellence. The Speyside distillery prides itself on the caliber of its sustainable oak casks, crediting them as the single greatest contributor to the outstanding quality, natural color and distinctive flavor of its whisky. The brand’s commitment to sustainable practices was recognized in December 2020 when it became the second Scotch brand to be awarded a prestigious Butterfly Mark from Positive Luxury (Glenmorangie was the first).

Responsible for producing the world’s most expensive bottle of Scotch whisky, the Macallan 1926, is expected to break records when it goes under the auction hammer in February 2021. Thought to be one of only 14 in existence, the Rare 60 Year Old has been given a sales estimate of over $1.4m.