Whisky collector or spirit connoisseur, there’s nothing more tempting and exciting than getting your hands on an ultra-rare bottle of limited-edition whisky. From Kentucky bourbon to single malt Scotch whisky, read on for some of the rarest and most limited-edition bottles on Earth.

The Glenlivet’s third Winchester release is a 50-year-old expression first laid down by Robert Arthur in 1967. Limited to only 150 bottles, this expression combines malts from several rare oak casks (the youngest being 1967). The bottle’s contents were aged in rare American oak casks and was distilled by its namesake, The Glenlivet master distiller, Alan Winchester. This Speyside single malt has notes of apricot jam, ripe peaches and toasted almonds, and its texture is velvety and sweet. Not only is this ultra-precious liquid nearly $500 per glass, the box and bottle were designed in collaboration with award-winning British designer Bethan Gray to reflect the rolling hills of Speyside in Scotland where Glenlivet’s distillery has lived since 1824. Sipping on this expression is like tasting a small slice of history. theglenlivet.com

Produced in extremely limited quantities, Blade and Bow Kentucky Straight Bourbon Whiskey 22-Year-Old from Stitzel-Weller Distillery re-released its 22-Year-Old expression in celebration of the distillery’s 84th anniversary. The award-winning bourbon will be available in 12 states and blends smoky, spicy and sweet flavor profiles. This bourbon is the pinnacle of Kentucky distilling craftsmanship and has garnered a cult-like following for its rarity and flavor. It’s so rare that the company won’t provide customers information on where it can be found, but it will be available in California, Texas, Georgia, North Carolina, South Carolina, Illinois, Kentucky, Washington DC, Tennessee, Virginia, New York and Colorado. Don’t let its price fool you: It may not cost as much as, say, a rare Scotch whisky, but it sure is limited. bladeandbowwhiskey.com

Another bourbon to make the list, Double Eagle Very Rare Bourbon from Kentucky is twice the age of its Eagle Rare Bourbon. This specific expression out of Buffalo Trace Distillery (the same distillery that produces the ultra-rare Pappy Van Winkle bottles) is 20 years old, making it the oldest release yet. One look at this bottle and it’s clear just how special it is: Housed in a crystal decanter, the bottle stopper has a crystal eagle perched on it and a second crystal eagle is found within the bottle as well. There are just 299 bottles being released in 2019, and the distillery hopes to release more bottles in the spring of 2020. The bottle is available online as well as in specialty stores, but this bold and dry-tasting whisky will surely go quickly. eaglerare.com 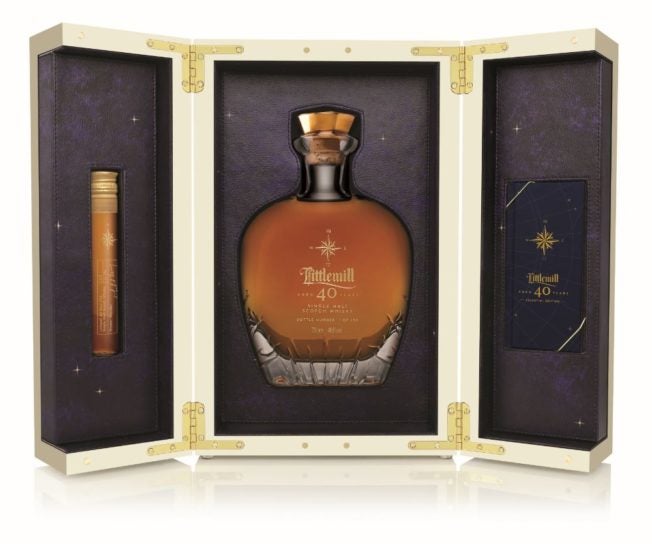 In April of this year, Loch Lomond Group discovered that Littlemill Distillery was Scotland’s oldest licensed distillery. Though the distillery unfortunately burned down in 2004, the group is released rare bottles of what was left at Littlemill, and it is the distillery’s oldest expression yet. This 40 Year Old Whisky Celestial Edition honors owner Duncan Thomas’ knowledge of whisky and distilling skills. Laid down in October 1977, this precious liquid was matured in refill American oak casks, first-fill ex-bourbon casks and first-fill ex-oloroso sherry casks. There are only 250 that will be produced – it comes in a bespoke Glencairn crystal decanter with an etched illustration of River Clyde, in which the distillery borders. It comes in a box featuring constellations from the vantage point of Littlemill on the night that the spirit was bottled. loclomondgroup.com 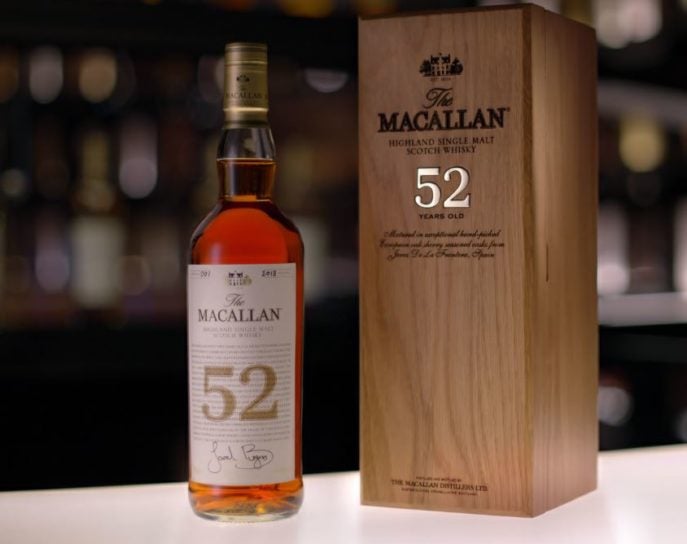 It seems as though all Macallan expressions are considered rare, and most are definitely limited edition, but The Macallan 52, launched at the end of last year, is a special one. First laid down in November 1965, the single malt whisky matured in European oak ex-sherry casks from Spain for 52 years and has spicy flavors and aromas and has an abv of 48 percent. Of the bottles, the US received 42; Asia received 35; and the UK has 14, though as bottles this rare don’t usually hit store shelves, your best bet is to reach out to email the company for purchasing inquiries. For a brand known for its exclusivity and ultra-rare expressions (after all, Macallan broke auction records last year), run, don’t walk when it comes to getting your hands on this one. themacallan.com

Whisky brands have cult followings for a reason (shoutout Pappy Van Winkle), and The Dalmore is no exception – especially the 62 Year Old Highland Malt Scotch Matheson, in honor of The Dalmore founder, Alexander Matheson. Not all Dalmore brands are this rare: In 2002, the company released 12 bottles, its contents were first laid down in 1942 and then blended by master distiller, Richard Paterson in the early aughts. Today, bottles have been sold at auctions for upwards of $250,000, and whisky connoisseurs have been after this deliciously rare one since. It’s hard to say the exact price of this one-in-a-dozen bottle, but chances are you’ll pay a pretty penny – most, if not all, the bottles have either been sold at auction or will be distributed via auctions in the future. To this day, it’s one of the most coveted Dalmore expressions in the world. Perhaps one of the other rarest Dalmore expressions is The Dalmore L’Anima Aged 49 Years – there is only one in the world and it was recently auctioned off with proceeds going to charity. thedalmore.com

Topics in this article : bourbon , most expensive whisky , whisky