The Bowmore Archive Cabinet, a five-bottle collection of Black Bowmore whisky, broke records when it went under the hammer at Sotheby’s last week.

The sought-after bottles, which are housed in a bespoke cabinet, were the highlight lot at Sotheby’s Rare Whisky & Moutai Live in Hong Kong on April 18 and sold for a record-breaking $563,000 – the most ever paid for a collection of Bowmore at auction.

Speaking shortly after the sale, Jessica Spence, president of brands at Beam Suntory commented: “We are incredibly proud that this auction has cemented Bowmore as such a highly prized single malt amongst collectors and whisky enthusiasts around the world, who appreciate its craftsmanship and heritage.”

All the proceeds raised from the sale of the Bowmore Archive Cabinet will go directly to the Islay Development Initiative (IDI), a community-based charity on the Scottish island which works to create sustainable employment and protect its natural resources. The charity will invest the funds into the newly established Bowmore Legacy project which will focus its efforts in the eponymous town where the 240-year-old distillery is based. “We are excited to donate the proceeds to The Bowmore Legacy, which will support the employability, training and housing needs of young people living in the town of Bowmore on Islay for years to come,” said Spence. 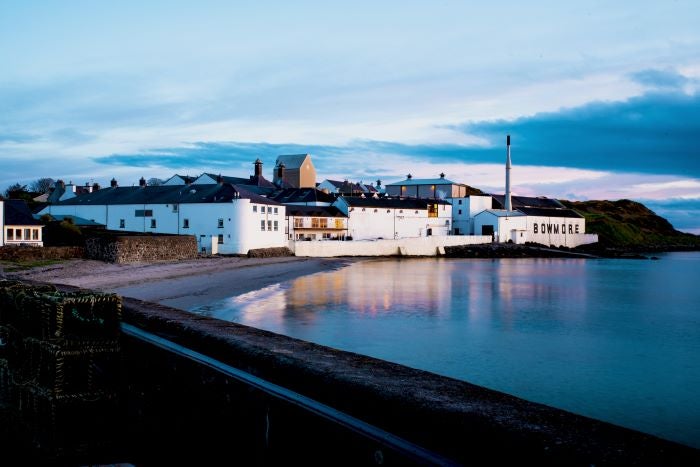 The Bowmore distillery, along with its fellow members of the Scottish Whisky Association, has committed to an industry-wide strategy to achieve net-zero carbon emissions by 2040 / ©Bowmore

The whisky collection’s high price tag is down to two factors, explains Sotheby’s spirits expert, Jonny Fowle: “It’s undeniable quality and, now that so many bottles have been consumed, its newfound rarity.”

Black Bowmore was originally distilled in 1964 and filled into oak casks previously used for maturing sweet Oloroso sherry. It was then hidden away below sea level and left to mature in Bowmore’s No.1 Vaults – one of Scotland’s oldest maturation warehouses. It wasn’t until 29 years later in 1993 that the first edition would be released, with the further release of a 30 Year Old and 31 Year old in the subsequent years.

Initially sold for the sum of £100 ($140), Black Bowmore has risen to become one of the most desirable whiskies in the world, widely admired for its legacy as well as its balanced smokey and fruity flavor.

Rarely found as a full collection, the new owner of the record-breaking lot will also take home a piece of Bowmore history in the form of a one-of-a-kind Archive Cabinet. The cabinet has been specially crafted by Scottish designer John Galvin, using the former Bowmore distillery spirit safe from 1924. Described by Sotheby’s as a “work of art” the safe has been repurposed to create a truly unique piece of hand-crafted furniture featuring a distinctive black exterior inspired by the stone strata of the Inner-Hebridean isle. 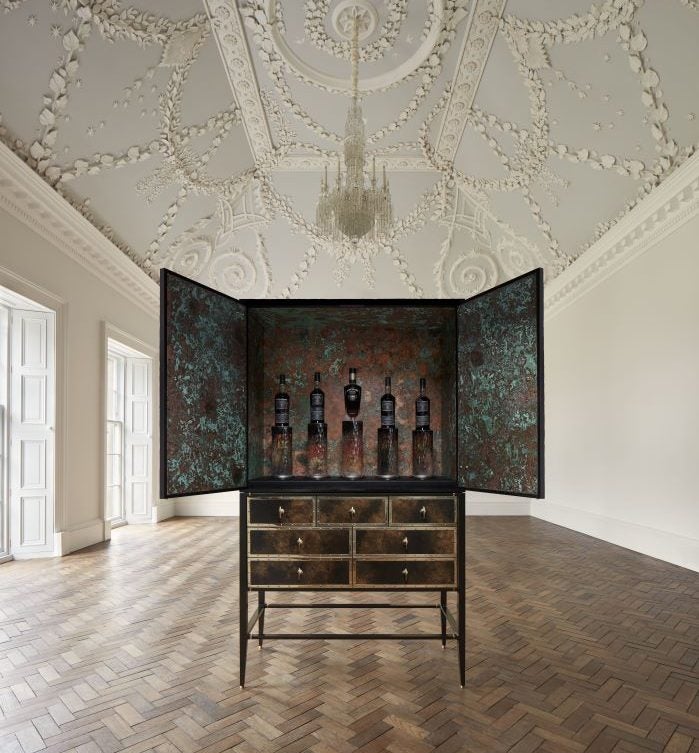 Inside the cabinet, the hand-patinaed copper captures the natural ageing of Bowmore’s own copper stills and kettles / ©Bowmore 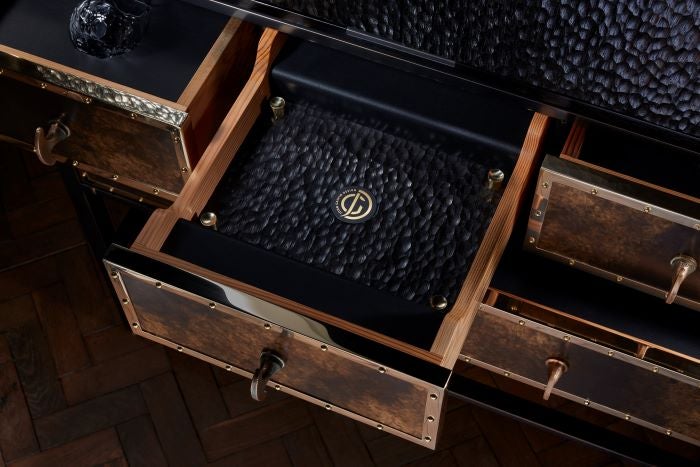