A bottle of Yamazaki 55 Year Old sold for an astonishing HK$6.2million ($795,000) at a Bonhams auction on Friday to make it both the most valuable and oldest Japanese whisky in the world. The final price, which came at the end of an intense bidding war, was over 10 times the original estimate and smashed the previous record of $475,000.

Just 100 bottles of the single-malt liquid were released by Suntory in June. They were made exclusively available to residents of Japan through a ballot system for around $27,550 each. Last week’s Fine & Rare Wine and Whisky Sale in Hong Kong represented the first time one of the coveted bottles came on the open market and collectors jumped at the opportunity to own a piece of history.

Daniel Lam, the Bonhams director of wine and whisky, Asia, commented: “The stunning price sets a new milestone for the market of Japanese whisky, testament to collectors’ desire and determination to acquire the very best the market has to offer. We are pleased to see a keen demand for Scotch whisky in today’s sale as well.” 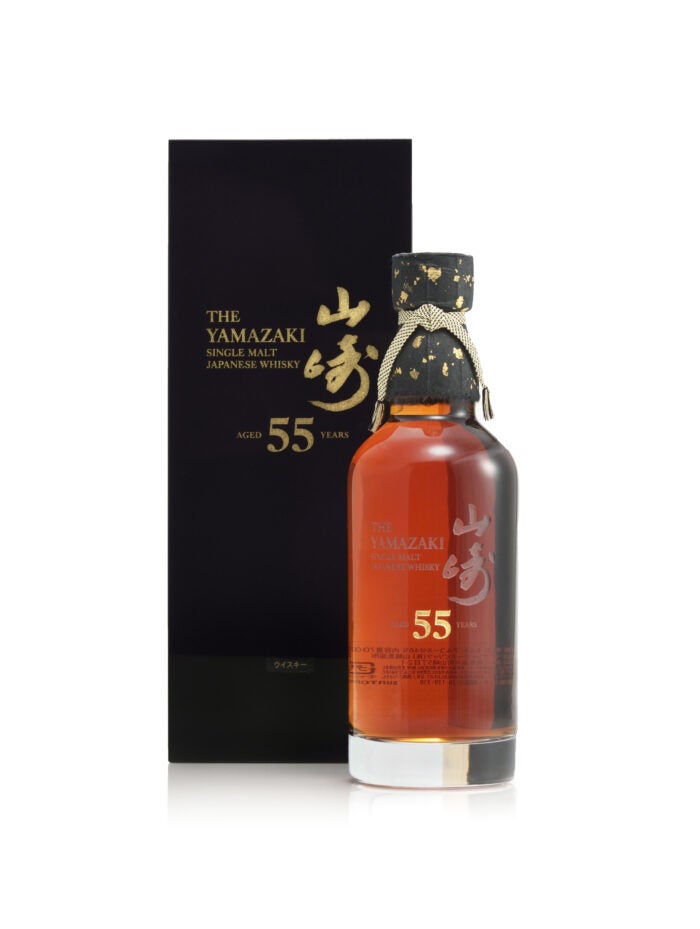 This new benchmark continues to elevate Japanese whisky towards its Scotch counterpart. There is, however, some way to go before a Japanese whisky threatens the all-time record for a bottle sold at auction. Last year, a Macallan Fine and Rare 60-Year-Old 1926 became the most expensive bottle of wine or spirit ever auctioned when it reached $1.9m.

The Yamazaki 55 Year Old was matured in both Japanese Mizunara oak cask from 1960 and white oak cask from 1964, the year of the previous Tokyo Olympics and Paralympics. Distilled to 46% ABV, it has a deep reddish amber color with a complex agarwood and sandalwood nose, rich in fruity scents with a sweet aftertaste. The gold-dusted bottle is housed in a black Mizunara oak box with Suruga lacquer. The bottle mouth is wrapped in handmade Echizen Washi and tied with a traditional Kyoto braided cord.