The Macallan has revealed the third and final expression in its innovative Concept series, this time partnering with visionary graphic designer David Carson. The popular Concept series blends the artistry of whisky-making with cultural creativity. To mark the final Concept series release, The Macallan turned to a leading figure in Carson.

Part-acclaimed US graphic designer, part-professional surfer, Carson is one of the forefathers of modern graphic design. His pioneering work as art director of Ray Gun in the 1990s continues to inspire his peers today. He has gone on to create successful campaigns for some of the world’s biggest brands and win a coveted AIGA medal.

All of this makes him the perfect collaborator for the final installment of this exclusive series, following the previous Concepts inspired by surreal art and music. Carson designed the label for the Concept No 3 bottle, the case and three exclusive prints, which will only be available via ballot.

Carson found inspiration for his work during a visit to The Macallan’s 485-acre estate in Scotland’s Speyside where he spent time with whisky maker Polly Logan. Their meeting unveiled striking similarities in their creative approach. Carson incorporated some special touches into his work to celebrate this shared methodology. Many of the colors Carson used represent the colors of The Macallan estate, such as the blue of the River Spey and the red from the distillery’s renowned sherry casks.

David Carson said: “In some of The Macallan work, I very noticeably got into what I call ‘my zone’, where I was just clicking. It was all coming together so I’m not aware of time, or even where I am. The Macallan people I’ve dealt with have been so open to exploring new ideas and to different types of creativity. Their obvious love for nature and where they work, the hand-doneness and the wooden casks – you have so much of that with The Macallan collaboration and I am very proud of it.”

Logan has also drawn influence from David’s character and career in the liquid. She opted for an unusually fresh whisky (The Macallan is best known for its deep sherry influences) with a golden hue that pays homage to Carson’s years on the US West Coast. To achieve that, she used first fill sherry seasoned American oak casks that deliver sweetness and spice, enhanced by a selection of European oak casks to add depth. The 40.8% ABV is no mistake either, it was developed in honor of the pair’s shared favorite number, eight. 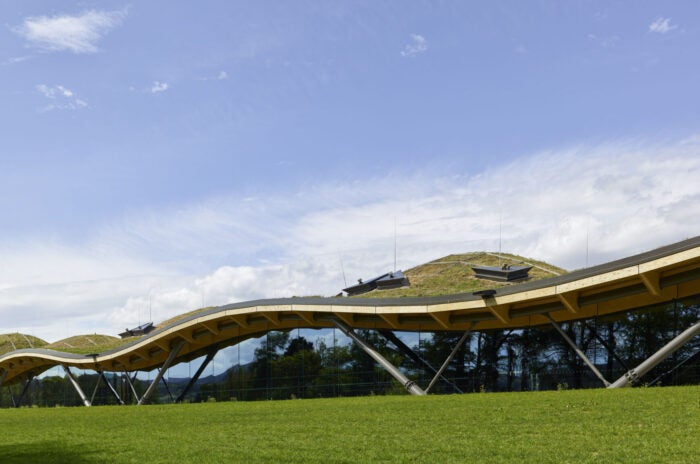 Logan said: “It’s been an absolute joy to work with David Carson on the creation of Concept No. 3. I was deeply inspired by his vibrancy, and drew on this to create a bright, fresh whisky. Its pale yellow color, which we’ve named Californian Gold, reflects David’s sun-soaked days as a surfer and it also reveals the citrus notes which shine through.

“Whisky and art fans alike will appreciate the fine balance achieved in this wonderfully uplifting expression, combining fruity notes of pear with warming cinnamon spice and a creamy, vanilla sweetness.”

Concept No 3 is not your usual Macallan whisky. The sunshine golden liquid is wonderfully approachable, offering the floral and honey notes that you might find at other Speyside distilleries. Most drinkers would not water down a 40.8% ABV liquid, but two or three drops allow the underlying notes of pineapple and citrus to shine through.

Nose: Pineapple and dried mango intertwined with a hint of cinnamon.

Palate: Apples and pears intertwined with the delicate notes of freshly cut grass. Summer in a glass.

Finish: Positively moreish. Short to medium in length and dominated by those fruity flavors.