It’s difficult not to imagine the extraordinary collection of Waldorf Astoria, Conrad and LXR properties across the world when thinking about where to stay on your next getaway. Contrary to their unique and site-specific offerings, each of these resorts and hotels falls under Hilton’s portfolio of global luxury brands, making Hilton one of the largest and most pioneering luxury brands in the world. Leading this incredible portfolio is senior vice president and global category head, Dino Michael – a true leader in luxury if we ever met one. 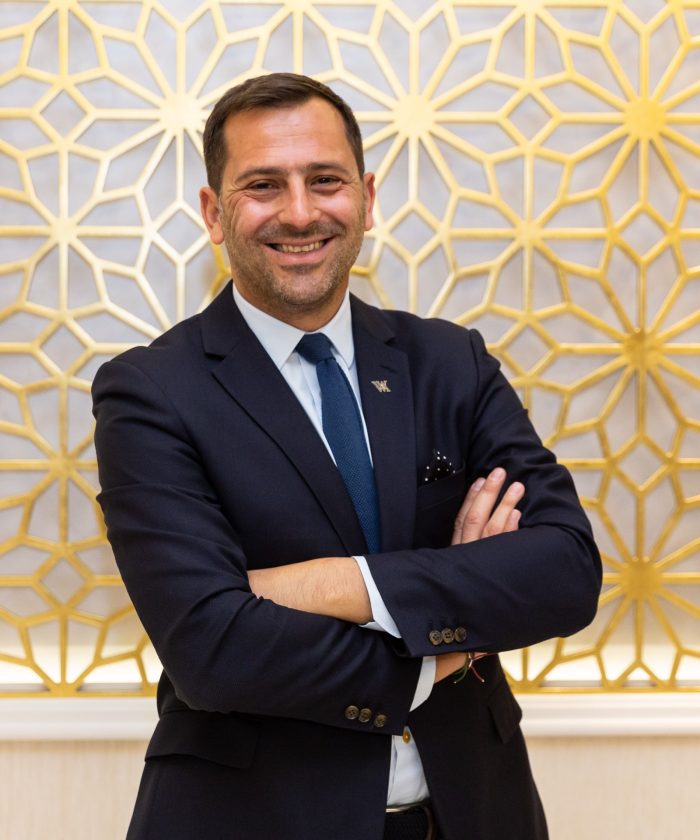 Michael has worked with Hilton for almost 13 years, having originally joined as head of the brand’s Food & Beverage operations and moving on to become vice president for the luxury portfolio. “At first I was asked to lead LXR Hotels, and then a couple of years ago I was asked to lead Waldorf Astoria and Conrad… and now I’m very privileged to lead the category,” he says.

“My role is really to guide the strategy and development of the brand, working with my counterparts in development operations to look at how we develop each brand and where we want to be,” Michael continues. “It’s a really varied, interesting and exciting role where you get to involve yourself in every kind of part of the business… It’s my job to make sure we are relevant, competitive, and disciplined about where we are and what we are.”

Normally, Michael spends half his time in the US and the other half in the UK. However, since the pandemic, he has been using London – his home city – as his base of operations. Despite its obvious impact on the hospitality impact, we touch on Covid-19 only briefly. Michael believes that the pandemic “hasn’t really created any new trends, it’s just accelerated things that were already there – whether it’s a work-life balance or a real move towards wellness.”

“But luxury has always been well-positioned to adapt,” he continues. “We are a high touch business in terms of our service philosophy. For example, with current rules changing in a day, guests might be in a hotel and need to suddenly leave. We’ve always been very well adapted to helping guests, working with them and thinking about their needs way before they arrive. We talk about effortless luxury and our brand’s intuitive service – never have those kinds of sentiments been more relevant than they are today.” 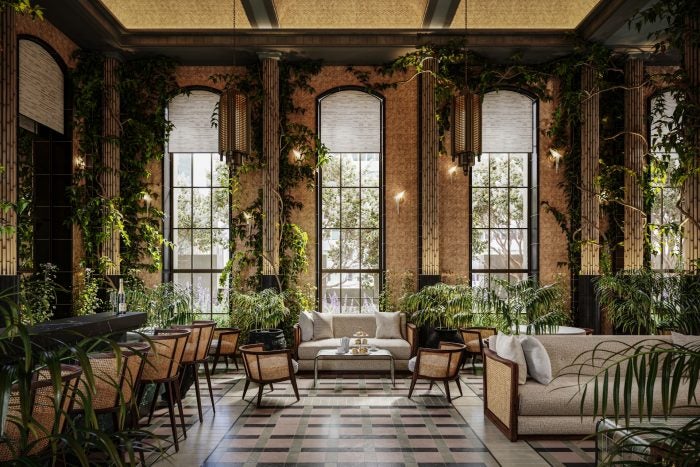 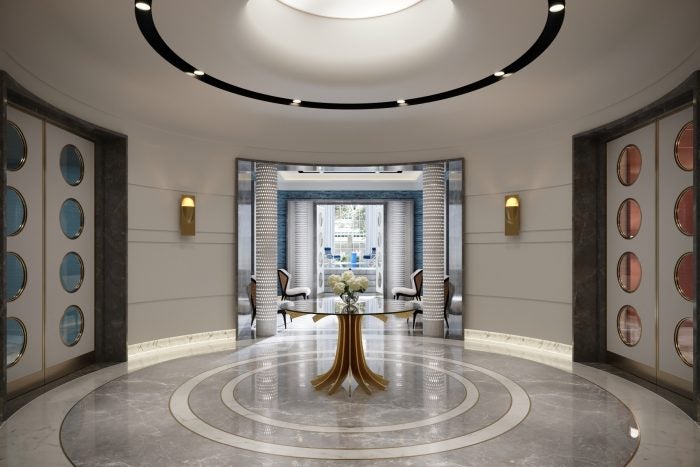 [See also: This Book Brings the Sistine Chapel to Your Home]

Brad Berry on the Rise of Rosewood Residences

Enjoying world-class service is not the only thing that is on modern-day travelers’ minds. Galvanized by the pandemic to reconsider their travel needs, or already conscious of environmental concerns, more individuals are asking what hotel brands are doing to become more sustainable. “That’s one of the great benefits of being part of an enterprise,” Michael says. “With our 18 brands, we have that capability internally. We’ve got a whole team dedicated to [sustainability].”

In 2018, Hilton launched its ‘Travel with Purpose’ strategy with the aim to drive responsible travel and tourism. As part of the scheme, it has set out goals it wants to achieve by 2030. “We’ve committed to doubling our investment in social impact and cutting our environmental footprint in half by 2030,” Michael explains. “We were the first major hotel company to really think about what we wanted to do.”

It’s not only at brand level, either. Each of the hotels in Hilton’s expansive portfolio can individually track their impact and adjust as it needs to. “It’s not just a companywide passion, our owners are passionate about how they how they approach their impact,” says Michael. “If you think about the Waldorf Astoria New York, for example, we’re about to replace 5300 windows in the building. We’ve got windows that are very detailed replicas of the 1930s originals, but they’re energy-efficient.” 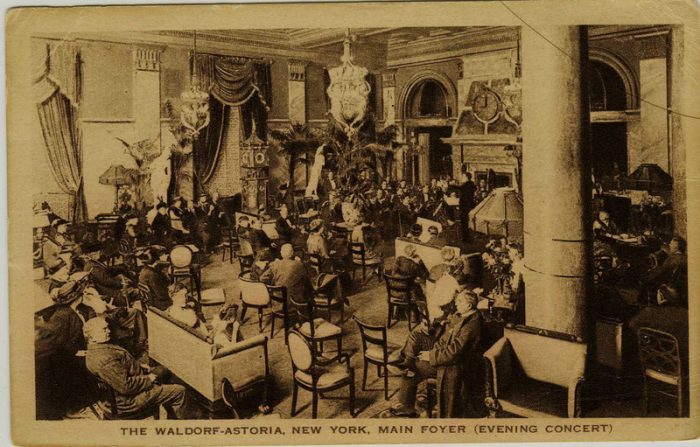 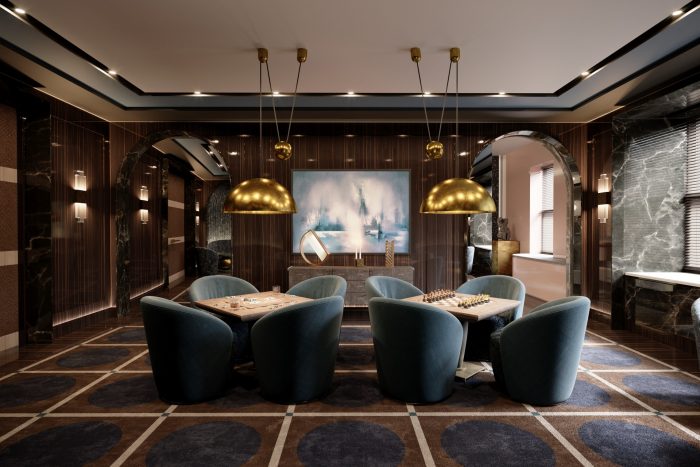 Originally built in 1931, the Waldorf Astoria New York is currently undergoing a meticulous restoration that will turn the 52 story property into a collection of 375 residences and a 375-room hotel. “While we’re thinking about the building and keeping it true to its original intent, we’re also modernizing it,” Michael explains. “We’re installing state-of-the-art electrics and plumbing… we’re insulating parts of the building that have never been insulated before – insulation wasn’t a thing in the 1930s.”

With several years to go until full completion, the Waldorf Astoria New York has been a massive project for all involved. But when the building is the size of a city block and has a history dating back almost a century, it must be just as tricky to start the process. “The first thing we had to do was was to get the balance of the building right,” says Michael. “It was a 1,400-room hotel room – that’s a big machine. It’s hard to execute luxury at that scale and size in today’s world.”

“Cutting back to 375 hotel rooms and 375 residences starts to balance it out. You can create a community of long-term residents, short-term residents and hotel guests,” he continues. “Especially for residents, we want them to enjoy and be excited about the hotel and the public spaces. But they’ve also got their own part of the Waldorf Astoria’s history [as the owner of a residence].”

[See also: The Top American Designers You Should Know] 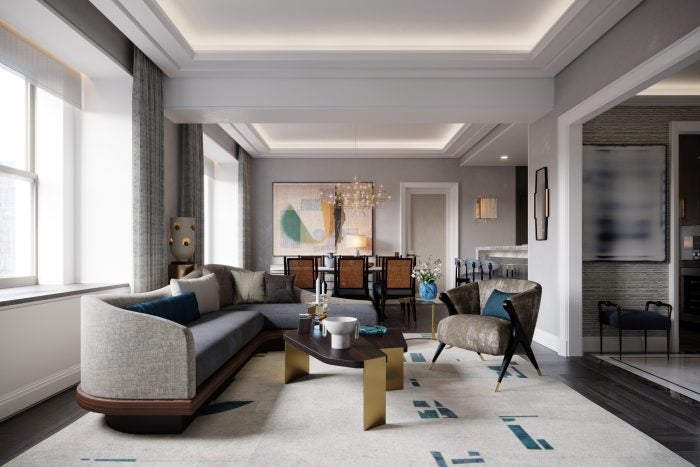 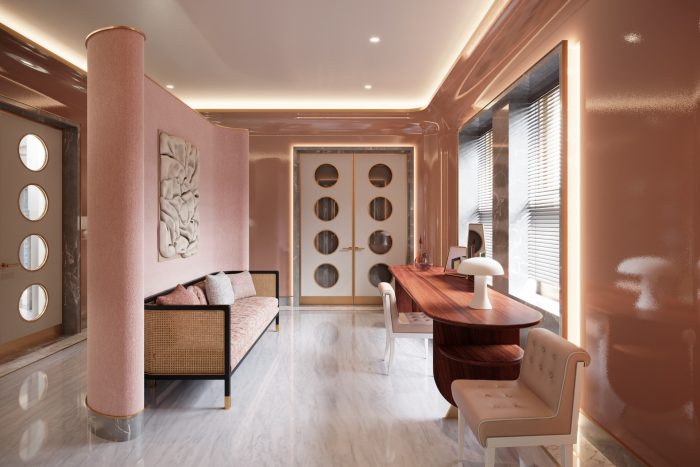 One of the team’s priorities with the ongoing restoration has been to keep the intent of the public spaces – starting with the grand entrance on Park Avenue. “When you walk in, you’ve got the grandeur you would expect for a building of that size and for architecture at that scale. But there is also a sense of intimacy that sits alongside the grandeur – you do feel like you’re coming home. We’re proud that we’ve kept all of the beauty and the magic of the original Waldorf Astoria.”

But the Waldorf Astoria New York is not the only project currently requiring Michael’s attention. This year alone, Hilton will be opening 10 hotels across its three luxury brands. “We’re opening an LXR hotel in the Seychelles and a milestone property opening in Las Vegas. We’ve also announced a Waldorf Astoria in the Seychelles… It’s a busy year,” Michael says. “I always say what my favorite property is the next one we’re opening because that’s the one I haven’t been to yet.”