After a sumptuous breakfast at the Hotel de Rome, rent bikes and visit the organic market at Kollwitzplatz.

Walk along the fashionable Kastanienallee to Hackescher Markt and drop in on some art galleries and trendy boutiques. Head past Museum Island and Berlin Cathedral and back to the Gendarmenmarkt for lunch at Borchardt, before jumping on your bikes to ride along Unter den Linden to the Brandenburg Gate, the Reichstag, the Holocaust Memorial, and Potsdamer Platz. Spot leftovers of the Berlin Wall near Checkpoint Charlie, and check out the stylish shops along Friedrichstrasse, by which time you’ll be more than ready for a spa treatment back at Hotel de Rome. Once refreshed, head to Kreuzberg for a Korean meal at Kimchi Princess, followed by drinks at Luzia, Würgeengel, or any of the nightspots on Mariannenstrasse. For the real night owls, clubbing at Watergate is a must. 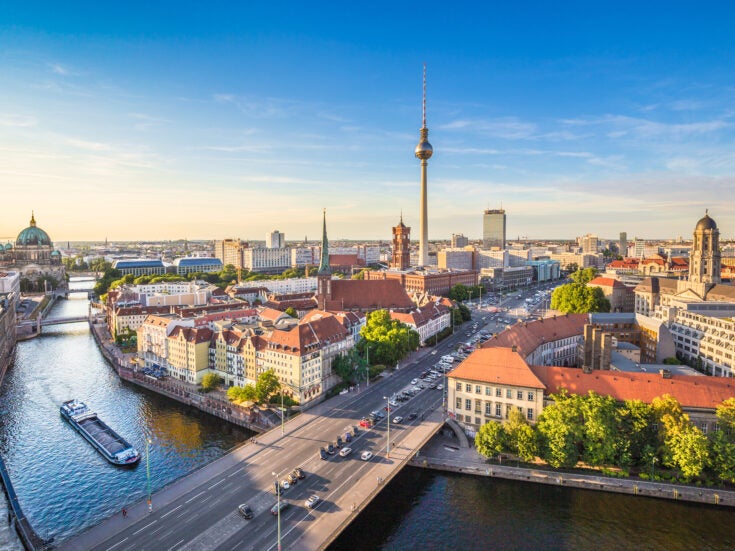 Take a day trip to the beautiful town of Potsdam. Chill out at the Badeschiff (outdoor pool)

A trip to the top of the Fernsehturm (TV Tower) is a must for breathtaking views of Berlin.

Lux 11 is just minutes away from shops, museums, galleries, restaurants and nightclubs, so guests are spoilt for choice. For clubbing, Weekend is always busy and its rooftop terrace is a city hotspot.

For: Urban footwear and fashion.

Take a gallery tour with an expert guide from GoArt! Berlin (www.goart-berlin.de), explore the local fashion scene in the Mitte district, tucked away in turn-of-the-century courtyards, and visit the Boros Collection of contemporary art on Reinhardtstasse.

In 2008, Christian Boros and his wife Karen Lohmann made their collection of contemporary art available to the public in a converted concrete bunker in Mitte, where both the works and the bunker space are part of a combined art concept. Exhibits include sculptures, installations and performance art. For families with children, don’t miss the Kids’ Afternoon Tea at the Ritz-Carlton.

For: Avant-garde urban wear for men and women.

For: Exclusive fashion for children and babies.

Take an historic tour of Berlin’s subway system in a U-Bahn Underground Cabrio Tour, or call Daniel Hurst and his team of huskies for year-round sled tours of the Tiergarten.

Keen historians can discover the murky secrets beneath Berlin’s streets on a Berlin Underworld Tour or take a Trabi Safari city tour in a convertible version of the iconic East German car.

Enjoy a top-class breakfast at Chipps on Jäger Strasse, followed by a guided tour of the Reichstag.

After lunch at Käfer Dachgarten, and coffee and cake at Café Einstein spend the afternoon exploring the shops of the Mitte district, in particular along Rosenthaler Strasse and Neue Schönhauser Strasse.

Visit Museum Island and the Jewish Museum, stroll on Unter den Linden and around Hackescher Markt, and take a day trip to Potsdam.

Start the day with a private tour of one of Berlin’s many great museums; the Egyptian bust of Nefertiti at the Neues Museum is a personal favorite.

Have lunch at Café Quchnia on the Gendarmenmarkt, before exploring the surrounding area. Dine at Weinbar Rutz and round your night off with a drink at the Newton Bar.

For: Exclusive French fashion, perfumes and accessories, as well as new collections from young Berlin designers.

Attend a concert by the Berlin Philharmonic, or spend a night at the opera.

After breakfast at the Grand Hotel Esplanade, take a private sightseeing tour of the Reichstag and Museum Island.

Hit the shops at the Hackesche Höfe courtyards and have a late lunch, before heading back to the Esplanade for a massage at the Afino Spa and dinner at Sankt Moritz, Il Sorriso or Filou. End your evening with live music at Harry’s New York Bar at the Esplanade.

For: Almost everything under the sun. High-end fashion, jewelry, perfumes, technology, books and toys. The huge gourmet floor is an epicure’s dream.