Istanbul is a city of complete contrasts. Spend your morning admiring the striking historical architecture of Hagia Sophia, The Blue Mosque and Topkapi Palace followed by an afternoon marveling at Istanbul’s impressive Museum of Modern Art.

If the buzzing streets of the Grand Bazaar fail to impress, try Kuyumcukent’s fascinating gold and jewelry complex for an altogether different shopping experience. Try a refreshing juice served in an ice glass at the innovative Magic Ice Museum or unwind at Kemer Golf and Country Club’s Silky Spa.

In Belgrad Forest at the edge of Istanbul, Kemer Golf & Country Club (KG&CC) offers a blissful escape from city life.

Since 1995, members and guests have enjoyed world-class service and facilities, with 350,000 square feet of indoor space and 500 acres beyond. 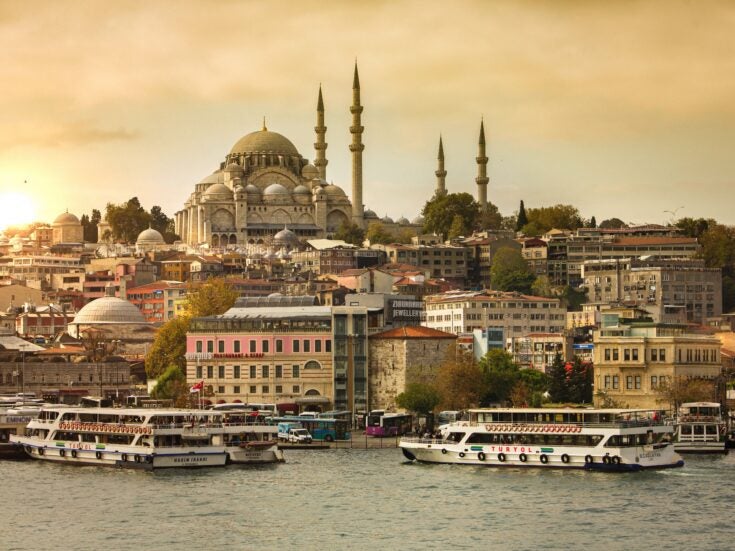 Useful Information for your Stay in Istanbul

Here are just some of the highlights:

The Equestrian Club boasts 268 boxes and the largest indoor arena in the Balkan Peninsula. The Tennis Club offers a range of professional standard courts, while the 18-hole golf course has made KG&CC Istanbul’s leading golf club.

Kemer Country is one of the largest, most prestigious and successful leisure integrated community developments of its kind in the region, embracing 6,000 KG&CC members and home owners. The community also serves as an ‘Impact Group’, constantly attracting the public’s attention and leading by example.

So come and enjoy the club spirit, discover that life has no boundaries, and connect with a network that expects only the best.

In addition to the Museum of Energy, which is appropriately located in the plant’s former engine rooms, there are two avant-garde restaurants, exhibition galleries and a KREK theatre. Santralistanbul is an important venue for demonstrating the value and function of art in the modern world. The bold engineering aesthetic of this renovated industrial site makes it an exciting venue for workshops, concerts and festivals.

Self-appointed as the ‘world’s largest goldsmith complex’ Kuyumcukent is a business and living center that aims to revolutionize the production and sale of gold in Istanbul.

Situated two kilometers from Atatürk airport, Kuyumcuckent incorporates 600 retail spaces with a seven-storey workshop block. Jewelry manufacturers, consumers, retailers and exporters are all catered for and there are plans to develop training facilities for designers. Kuyumcukent is the perfect destination for a day out perusing fine jewelry, and it offers a unique alternative to shopping in the hectic streets of Istanbul’s Grand Bazaar.

Once the royal palaces of the Ottoman Sultans, the Topkapi Palace now houses a vast collection of ancient treasures from the Islamic world.

Constructed on the site of the ancient Byzantine acropolis, the Palace lies opposite Hagia Sophia and is a maze of courtyards, pavilions, and palace chambers, including the infamous Sultan’s Harem. Scores of galleries house stunning artifacts representing the opulence of the Ottomans, as well as important historic pieces, such as the cloak and sword of the Prophet Mohammed. Access to the Harem section is by pre-booked guided tour only. The Palace is closed on Tuesdays.

Opened in 2004, the gallery is located in Torphane in an enigmatic warehouse on the southern shores of the Bosphorus. The permanent exhibition includes work by Omer Kalesi, Cihat Burak and Selma Gürbüz. The Museum of Modern Art can be opened in the evenings for a private viewing of the collection with an expert curator. Consider hiring the Museum’s permanent exhibition gallery for a private gala dinner for up to 350 guests. After you’ve enjoyed the art, why not take a stroll to the nearby Tophane Mosque area and indulge in some strong Turkish coffee at one of the many street cafés.

Rivaling the buildings of the European Renaissance, the Blue Mosque—built by Sultan Ahmet I in 1616—is a perfect example of Ottoman architectural design and beauty.

Ahmet I was accused of trying to rival Mecca by building a mosque with six minarets. The sumptuous blue of the tiles that give the mosque its name swathe the interiors with the splendor of the great highperiod of the Iznik workshops. The nearby shrine houses the tombs of Ahmet I and his wife Kosem Sultan, whilst on the east side of the mosque is the Arasta bazaar. During the summer months, the best time to visit is in the evening when a beautiful light show is performed at the Blue Mosque.

Brainchild of the Norwegian Lofoten Trading Company, the Magic Ice Museum in Istanbul is the only ice museum in the world located in such a hot climate.

A massive 70 tons of ice was brought from Sweden to create incredible ice statues, including a Viking boat and house. Exhibit information is written on slabs of ice and visitors are given warm outer-clothing to wear. Try a fresh juice at the Ice Vitamin bar, which serves beverages in ice glasses. The Magic Ice Museum is a perfect excursion for families.

An iconic monument of breathtaking beauty, Hagia Sophia – the Church of the Holy Wisdom – stands stark against the Istanbul skyline; its Byzantine domes and Turkish minarets instantly recognizable the world over.

Built by Constantine the Great, this immense structure was renowned as the world’s largest place of worship for more than a thousand years. Once a church, later a mosque and now a museum, Hagia Sophia is the perfect synthesis of Byzantine and Ottoman architecture.