Needing little introduction, Sir Richard Branson’s private island in the British Virgin Islands has had quite the tumultuous history. His home there burst into flames in the middle of the night back in 2011, and the island was ravaged by wind and floodwaters from Hurricane Irma in 2017 — Branson’s beloved Necker Island has certainly been through some tough times.

Many of the staff have weathered these storms along with the island and recall stories from the hurricane: “I thought it was going to be the end,” says Vaman Ramlall, Necker’s wildlife conservation manager. “I could feel my ears pop with the pressure; the glass pane started to warp.”

After drilling holes to relieve the buildup of pressure, he and the others who were sheltering from the storm opened — and drank — the island’s finest wines and champagne to calm their nerves. He believes the close proximity of the shelter and the wine cellar is no coincidence, and a classic example of how Branson looks out for his close-knit team. 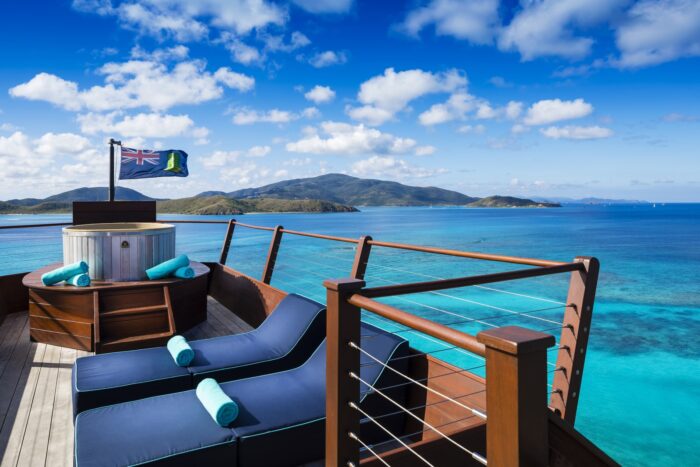 The Crow’s Nest, where some of the best views can be enjoyed / ©Virgin

Two of the ‘houses,’ which are more like estates comprising multiple luxury beach villas, Bali Hi and Bali Lo, were completely wiped out during Irma. They were rebuilt to the same standard as before, so regular guests will recognize them, but with a tougher infrastructure should disaster strike again. And regular guests are a celebrated thing here — in the Great House, the main social hub of the island, you’ll see framed handwritten letters from Diana, Princess of Wales, Elton John and the Obamas, thanking Branson for their time on island. (Note: It is always on island, never on the island).

It feels very much as though you are staying at Branson’s family home, which makes sense, as that is essentially what Necker is, with Brian, the ‘island dad’ who has been on Necker for 30-odd years and who brings fresh coconuts every morning, to the lovable resident dog named Bento. 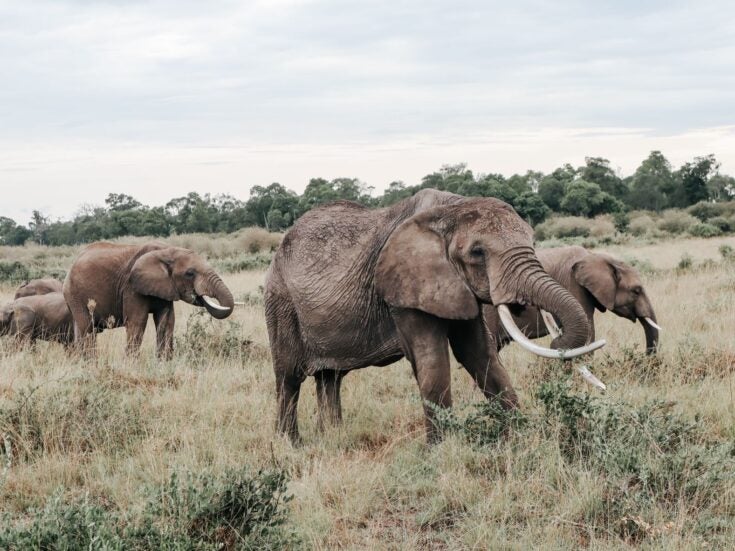 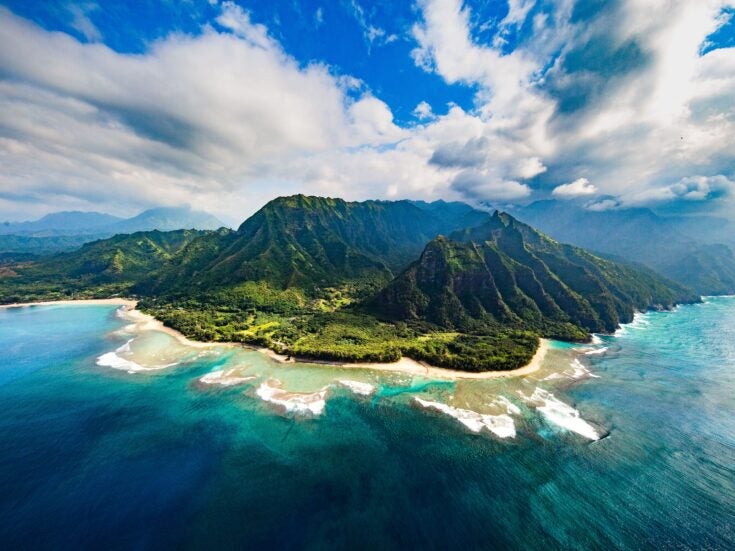 A great deal has been done to rebuild and restore the island beyond the aesthetics (although there was plenty of that to be done; one of the bars was displaced following Hurricane Maria and ended up in the middle of the tennis court). There are three soaring wind turbines and 1,232 solar panels, creating a microgrid. On a good day the island runs on 95% renewable energy (and around 80% on a less-good day). The microgrid infrastructure is scalable, too, in the hopes that other islands will follow suit. There are no plastic bottles or straws; staff uniforms are fashioned from recycled ocean waste and plastic; even the iconic red dock is made from recycled plastic.

The resilience of nature is everywhere you look: plants sprouting up from the powdery-soft sand, red-footed tortoises nudging your feet as you eat breakfast, the flamboyance of flamingos that circumnavigate the island every evening around sunset. Necker’s specialist wildlife team takes care of seven different species of lemur that scamper around the island (except for moms and babies), most of which are endangered species. You’ll likely hear the parrots and macaws before you see them, especially chatty Marley, a cockatoo who can often be heard exclaiming “What a guy!”

[See also: The Best Private Island Resorts in the World] 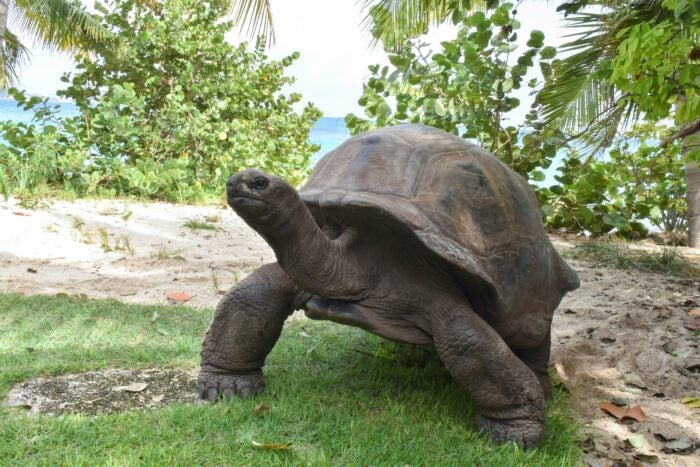 Red-footed tortoises nudge your feet as you eat breakfast / ©Virgin

Necker Island is the ultimate playground with a serious sense of fun at every turn. Think pool parties with a kayak of delicious sushi, a floating trampoline in the surrounding crystal-clear waters (plus another trampoline on land), tennis tournaments on the open-air courts, windsurfing, paddleboarding and catamaraning. Assault courses can also be set up on the beach, and if you are with a big (and competitive) group, The Amazing Race is a Necker tradition: a scavenger hunt through the island with a list of imaginative challenges for competitors.

After a day well-spent, grab a spicy margarita and dine on succulent lobster with your toes in the sand on Turtle Beach (named for the free-roaming giant tortoises). Post-dinner, retreat to the Crows Nest. Perched on top of the Great House, it is a hot tub with a pirate-ship-esque deck and the most awe-inspiring views. On clear nights, the sky stretches on so endlessly and the stars shine so brightly you feel sure you could pluck one right out of the obsidian sky.