Since opening its doors in the 1930s, The Carlyle in New York has been a much-loved haven for the rich and famous. Now, over nine decades later, the storied Upper East Side hotel has finally unveiled its highly anticipated three-year renovation and the result is nothing short of spectacular.

Located on the corner of Madison Avenue and 76th street, just a short walk from Central Park, the iconic Art Deco tower has seen its fair share of royals, heads-of-state and Hollywood A-listers. Its star-studded guest list is so exhaustive that on one surreal evening in the mid-1990s, the hotel manager found himself taking an elevator ride with Princess Diana, Michael Jackson and Steve Jobs.

To this day, the legendary hotel is the city’s go-to address for celebrities getting ready for fashion’s biggest night of the year, the Met Gala. So when The Carlyle announced it was ready to show off the results of its sweeping renovation this November, New York was watching. Here, Elite Traveler takes a look inside. 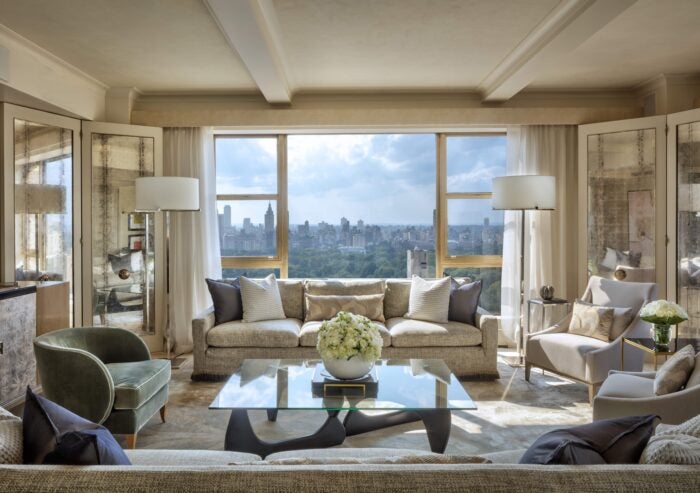 Operated by Rosewood Hotels since 2001, the 35-story property boasts 190 rental rooms and 60 opulent residences. The ultra-luxury hospitality giant (which operates 26 hotels, resorts and residences worldwide) prioritizes sustainability through a range of initiatives that include reducing waste, conserving energy and creating educational and stewardship opportunities.

Rosewood Hotels chose award-winning designer Tony Chi, the creative mind behind the stunning interiors at Rosewood Hong Kong, to carry out the renovation of 155 of The Carlyle’s guest rooms and suites.

“Obviously with a beloved property such as The Carlyle, we had to be careful with this restoration,” said the hotel’s managing director, Anthony McHale. “We feel it offers the perfect modern aesthetic to bring the hotel into the future while still respecting the past.” 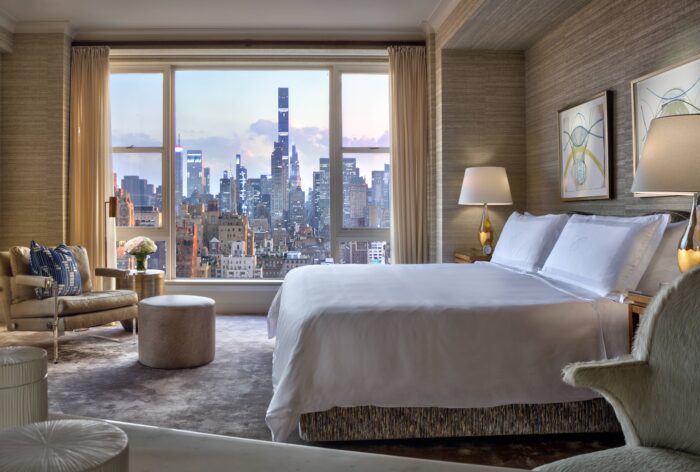 One of the lavish bedrooms in the Presidential Suite / ©The Carlyle

Of all the rooms, the aptly named Presidential Suite (encompassing the entire 26th floor) is the most extravagant. Stepping out of the private elevator, guests are greeted by a lavish gold leaf entrance hall adorned with hand-etched Art Deco-inspired murals. Previously a privately-owned residence, the three-bedroom suite features Venetian plaster walls throughout and floor-to-ceiling windows showcasing breathtaking views of the Manhattan skyline. 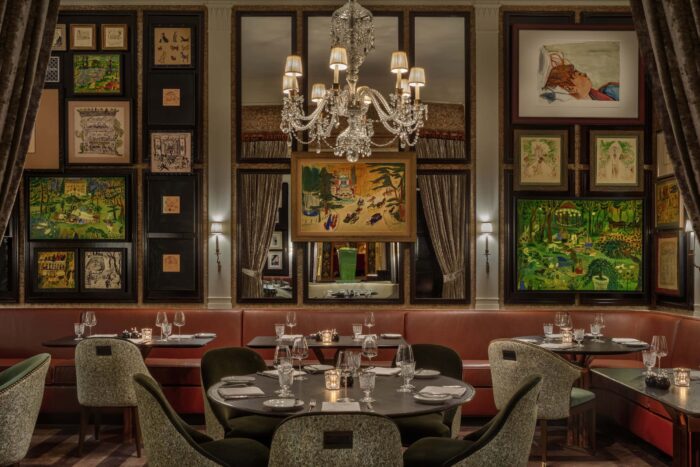 As part of the renovation, The Carlyle has also introduced a stylish new fine dining restaurant, Dowling’s, named after Robert Whittle Dowling – former owner of The Carlyle who played a major role in transforming the hotel into the revered establishment it is today. 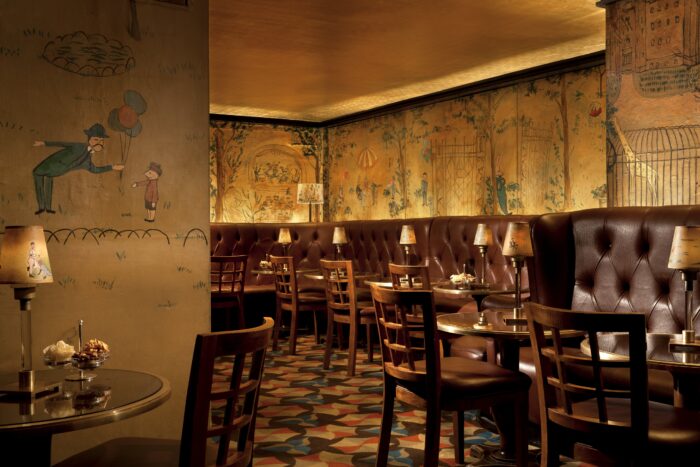 Ludwig Bemelmans murals in the Bemelmans Bar / ©The Carlyle

Also designed by tonychi studio, the 80-seat restaurant feels cozy and intimate thanks to the walnut wood paneling, plush etched leather banquettes and dark wool carpet. Most impressive of all is the eclectic art collection, including five newly acquired paintings by Ludwig Bemelmans.

Next door lies Bemelmans Bar where the famous illustrator painted murals on the walls depicting Central Park through each of the four seasons in exchange for free accommodation at the hotel in the 1940s. Dimly lit and with a low 24-karat gold leaf-covered ceiling, it’s the perfect setting for sipping a Manhattan while soaking up the hotel’s timeless New York glamor. 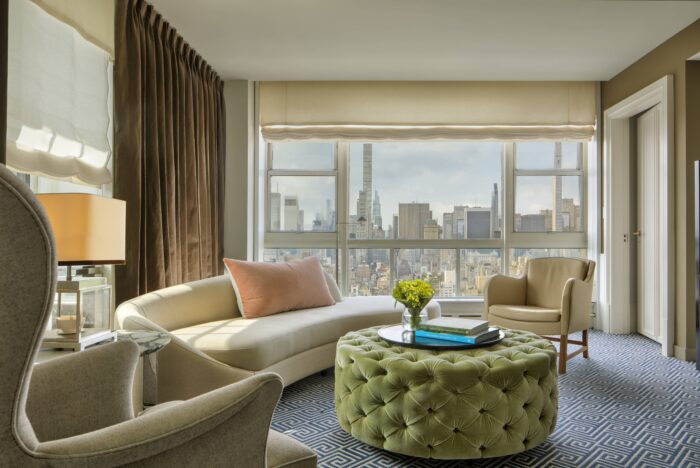 On the third floor of The Carlyle, guests will be able to escape the hustle and bustle of the city at The Valmont Spa – the luxury Swiss skincare brand’s only namesake New York Spa.

Famous for its anti-aging expertise and intensive regenerating products, there’s an array of Valmont treatments to choose from including signature facials, massages and collagen masks.

In December the spa will be joined by a La Maison Valmont boutique on the ground floor of the hotel. Set to become New York’s newest art and beauty destination, the store will feature an exclusive art collection hand-picked by Valmont’s owner and creative director, Didier Guillon.

Guests can also treat themselves to a haircut with Yves Durif and his team on the third floor, surrounded by the celebrity stylist’s personal collection of black and white Burt Glinn photographs of Hollywood stars including Elizabeth Taylor and Brigitte Bardot.