As the Wimbledon Championships come around for another dramatic tournament, London’s grandest hotels are pushing out all the stops in honor of the occasion. 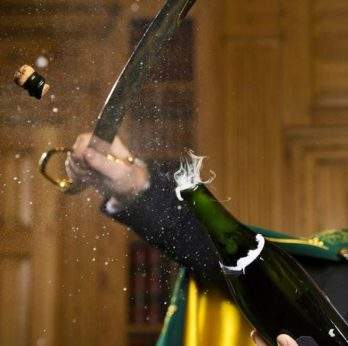 The quintessentially British hotel, The Milestone by Red Carnation, is marking the arrival of the Grand Slam tennis tournament by hosting the Wimbledon Experience. This luxurious two-night stay includes accommodation in a Studio or Suite, Lanson Champagne (the championships’ official sponsor) sabrage, private transfers to and from Wimbledon, and Center Court Debenture tickets. You’ll also have exclusive access to the Center Court Debenture Lounge, along with its restaurants and bars, and a three-course fine dining experience back at the hotel’s restaurant Cheneston’s with a bottle of Bouchard Finlayson wine. A Wimbledon themed turn-down gift and treats complete the experience.

The Montague on the Gardens 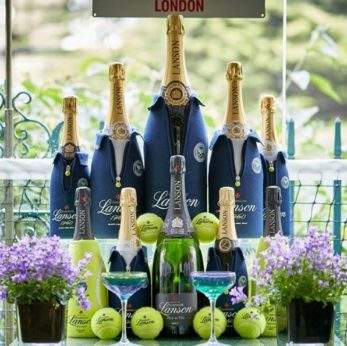 The Bloomsbury based hotel, Montague on the Gardens, another hotel in the Red Carnation Collection, is offering a similar package to The Milestone Hotel but imbuing it with the hotel’s distinct style. The two-night stay includes accommodation in one of the Deluxe King suites with a  Wimbledon themed cocktail on arrival, private transfers to and from Wimbledon, Center Court Debenture tickets and access to its lounge, plus a Lanson Champagne tasting in the Terrace Bar and a Wimbledon themed turn-down with gift. Combining modern luxury with classic Bloomsbury charm, the hotel is just steps from the British Museum and many other sites of London. 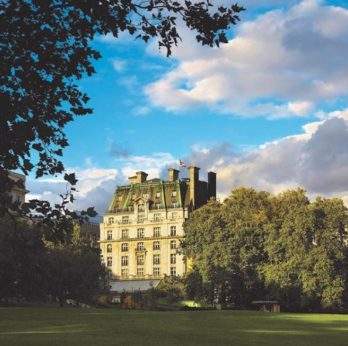 One of London’s most iconic hotels, The Ritz, is hosting its own celebratory stay for the tennis tournament, combining tickets to the main event with the best the hotel has to offer. Over a two-night stay in the one of the hotel’s sumptuous guestrooms, you’ll have a three-course dinner created by executive chef John Williams MBE at the Michelin-starred Ritz Restaurant, private transfers to and from Wimbledon and the chance to watch the sporting spectacle on Center or Number One court. During the day you’ll enjoy a three-course lunch designed by Albert Roux OBE, Michel Roux Jnr and Emily Roux with sommelier selected wine pairing, and the day is topped off with a traditional afternoon tea with strawberries and cream, and complimentary bar. 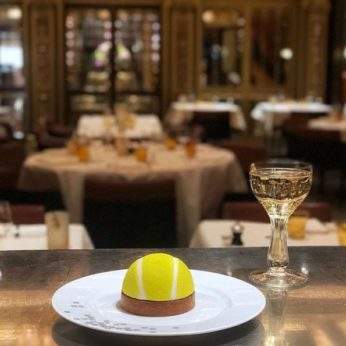 Positioned between the streets of Mayfair and greenery of Hyde Park, this historic hotel offers a privileged base for exploring London with a collection of exceptional restaurants to dine at, from The Grill, which is distinguished by its opulent zinc, copper and glass design, and Alain Ducasse at the Dorchester, a restaurant that boasts three Michelin stars. During the Wimbledon Championships the hotel will be offering a range of culinary experiences. A special Wimbledon-themed afternoon tea will be served at The Promenade, and a Wimbledon set menu will be offered at The Grill, finishing with desserts such as the Wimbledon Eton Mess and the Game, Set, Lemon Tart. 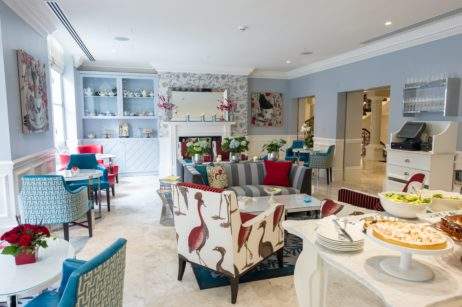 The stylish boutique hotel, The Ampersand, is another of the hotels creating an afternoon tea to mark the arrival of this sporting occasion. In the contemporary Drawing Rooms of this Victorian townhouse in South Kensington you can try the hotel’s specially created biscuits and cakes, such as the tempting coconut mousse and mango passion fruit jelly tennis balls. If you’re in London for the tournament this is a fun way to celebrate the legendary event. 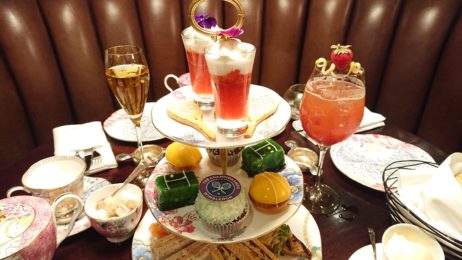 The final inclusion in our selection of  the best places to stay for Wimbledon is this luxury boutique hotel at Great Cumberland Place, which combines modern design with its grand Georgian façade. With the return of London’s famous tennis tournament, the hotel is offering a Wimbledon Afternoon Tea with Wimbledon-themed sweets, Taittinger Brut Reserve and Pimm’s cocktails. The afternoon tea includes gingerbread tennis rackets, orange and lemon mousse tennis balls and Center Court almond financier cakes, among many more savory and sweet tennis-inspired treats.

The Wimbledon Championships will run from 2nd to 25th July 2018.