As Afternoon Tea Week returns to London from the 14th to 20th August, the city’s most luxurious hotels are pushing out all the stops to celebrate this great British tradition. From classic high teas to modern variations, here’s our pick of the best places to indulge. 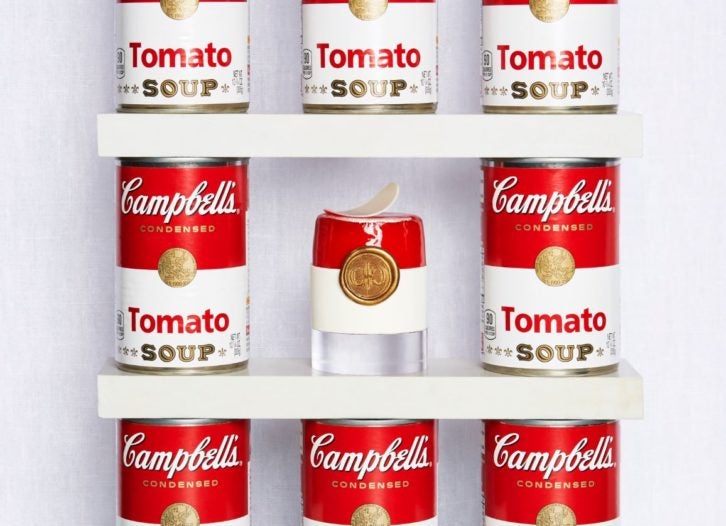 Continuing its award-winning Art Afternoon Tea series, Rosewood London has just launched the Cubism and Pop Art Afternoon Tea. Served in the hotel’s opulent Mirror Room, this indulgent new offering brings together a series of impressive desserts created by the executive pastry chef Mark Perkins. For each cake, Perkins took inspiration from iconic works in the Cubist and Pop Art movements, creating edible forms of Cubist artworks and disguising desserts as Andy Warhol’s soup cans. Other artists represented in these edible creations include Roy Lichtenstein and Yayoi Kusama. These cakes will be served alongside finger sandwiches and Mariage Frères teas, with the option of including a glass of Dom Pérignon champagne. 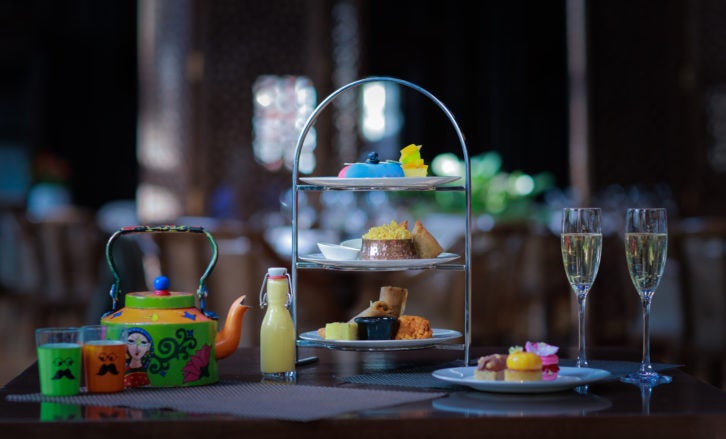 One of London’s newest hotels, having only opened early last year, the Lalit is offering an alternative version to the traditional afternoon tea we usually see. Served on The Gallery mezzanine, the Lalit High Chai infuses the classic British afternoon tea with Indian flavors. Expect savory bites like the khaman dhokla steamed chickpea cake with tomato jam, the Indian street snack makki aur paneer ki tikka made of potatoes, sweetcorn and spices with coriander chutney, and Punjabi samosas with tamarind imli chutney. Petit fours and a mango lassi complete the Indian-inspired spread. 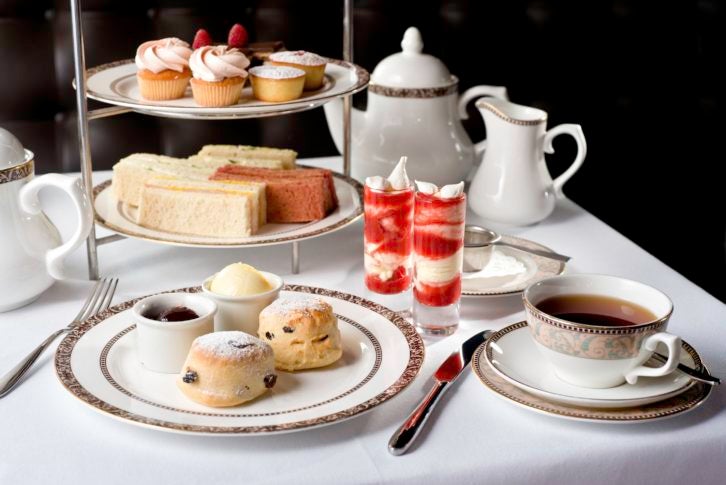 Michelin-starred chef Shaun Rankin is behind the creative savory and sweet bites of this classic afternoon tea in the Drawing Room of boutique hotel Flemings Mayfair. Tuck into sandwiches with fillings ranging from tomato pesto, mozzarella and basil to chicken and tarragon with maple dressing, along with homemade scones served with Jersey Chantilly cream and strawberry jam, and tea cakes such as a pistachio and matcha tart with berries, a strawberry, lavender and garden mint pavlova, and beetroot textures with dark chocolate ganache. Pair these with a glass of champagne or the Indian tea of the month. 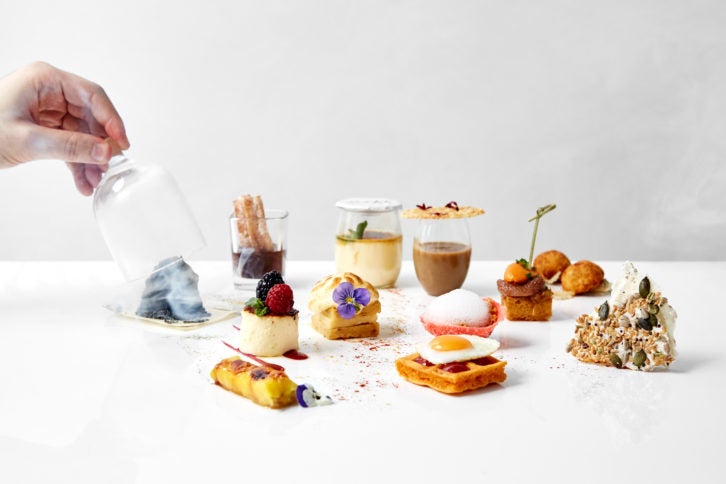 Home to the Michelin-starred dining spot Ametsa by Arzak Instruction, a restaurant led by Elena and Juan Mari Arzak of three-Michelin-starred restaurant Arzak in Spain’s Basque Country, this is a hotel with unmistakable culinary appeal. The afternoon tea served here reflects this restaurant’s culinary roots with inspiration taken from Basque cuisine. Instead of finger sandwiches you’ll tuck into tapas and the desserts reflect the chefs’ famous creativity. This afternoon tea is served in the Halkin bar and lounge, with a selection of Jing teas and Cava to choose between. 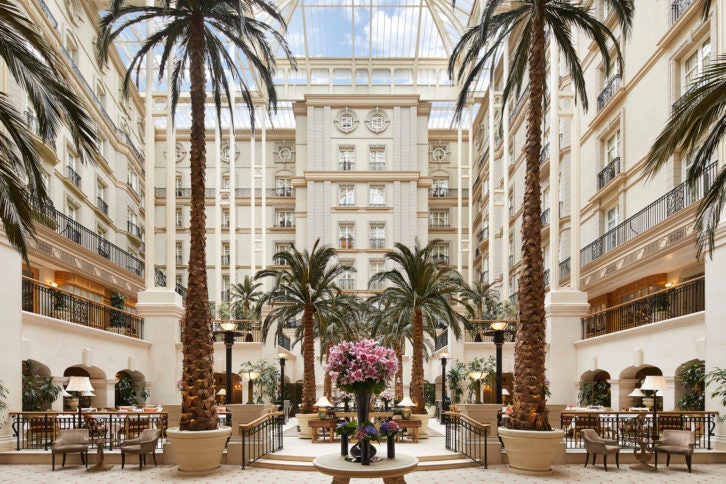 In Landmark London’s grand palm tree-fringed glass atrium, the Winter Garden, this summer you can enjoy an innovative take on the hotel’s traditional afternoon tea concept. The High Palms High Tea is served over three courses, encompassing classic sandwiches, pastries and desserts along with warm dishes inspired by Middle Eastern cuisine, and a selection of iced teas and champagne. Alternatively, go for the Chocolate Afternoon Tea in which pastries and scones are replaced with chocolate desserts. 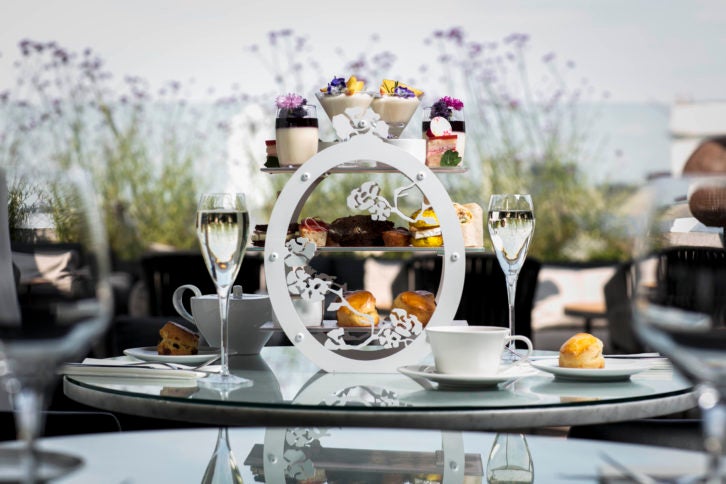