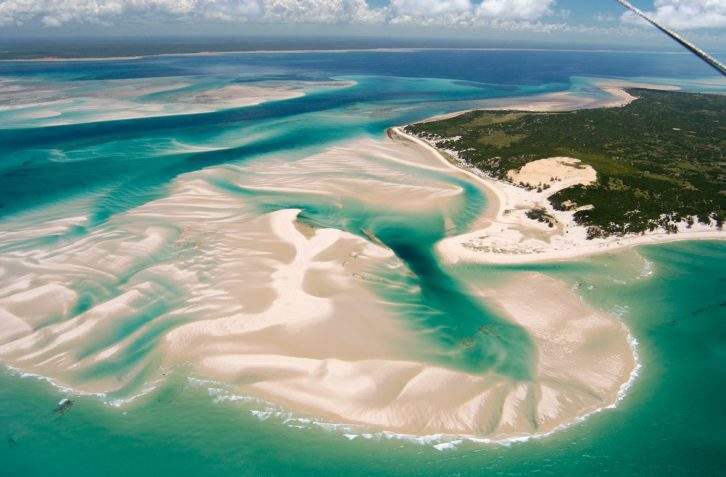 From above, the Bazaruto Archipelago is a spectacle of vivid turquoise ocean and shimmering sandbars, dotted with barely touched islands and flashes of pink flamingos. As you arrive at &Beyond Benguerra Island by helicopter, this mesmerizing sight is your first impression.

Benguerra is the second largest of six islands in the protected Bazaruto Archipelago, which lies just off the coast of southern Mozambique — the mainland’s tranquil San Sebastian Peninsula faces onto these extraordinary waters. As a convergence where ocean currents meet, the archipelago sees migrating whales, whale sharks and five species of turtles pass through, and is home to the only viable population of dugongs on Africa’s east coast. In 1971, the archipelago and its islands were declared National Park to ensure the protection of these marine species, along with its pristine beaches, unspoiled coral, and the islanders’ way of life. 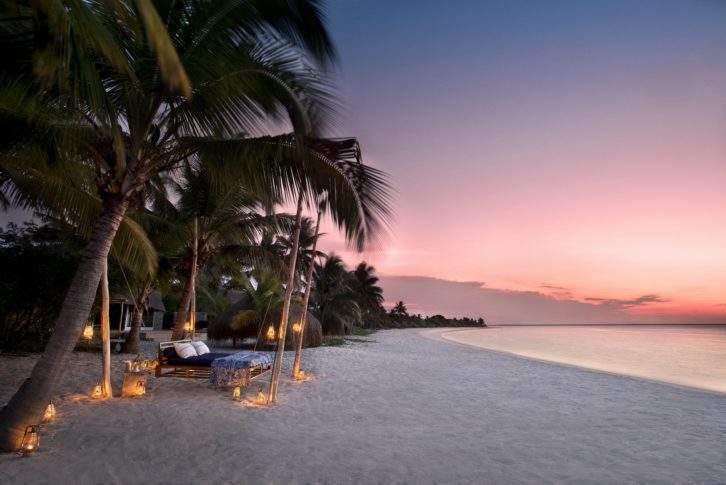 When &Beyond took over Benguerra Lodge in 2015, carrying out a $5.5m renovation before reopening, these conservation efforts became the luxury lodge’s focus. Community engagement and environmental programs have been carried out over the years, but these efforts were given even more prominence in 2017 with launch of &Beyond’s Oceans without Borders initiative, which this December was officially rolled out at &Beyond’s island resorts along the Mozambique coast.

This lodge on Benguerra is a gateway to experiencing the extraordinary environment here. See dolphins, whale sharks, whales and dugongs in their natural habitat, and venture into the island’s sandy bushland, before taking a dip in the oceanside pool and dining on the water’s edge with your toes in the sand. 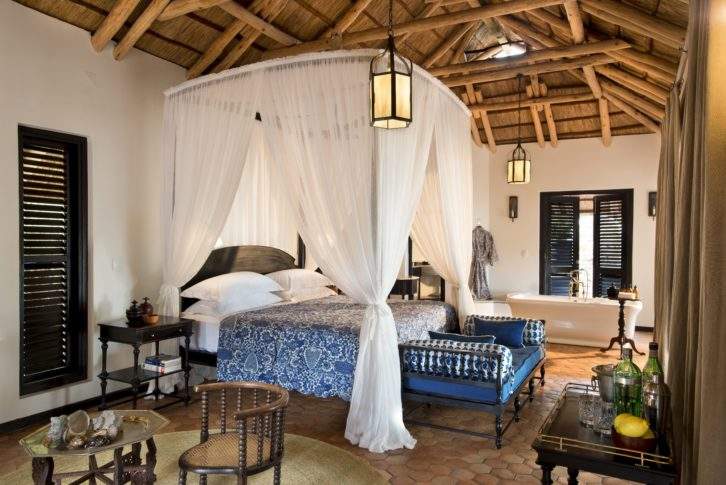 Stay in one of the 10 spacious beachfront casinhas, two cabanas or three-bedroom Casa Familia, which all sit within lush tropical gardens filled with birdlife backing the peaceful white sand bay. Each villa has a private plunge pool; they all have generous terraces for savoring breakfast or reading a book on; and they all provide direct beach access, with daybeds for whiling away lazy afternoons.

Each high-ceilinged, thatched villa combines a safari aesthetic and laidback beach vibe with Mozambique design accents and a touch of sophistication. Think dark-wood furnishings, shutters and tiled floors, with touches of gold, blue-and-white fabric, an outdoor shower and freestanding bathtub. Floor-to-ceiling glass faces onto the terrace and pool, making the most of those ocean views. The resort doesn’t have a dedicated spa, but you can have treatments in the massage sala. 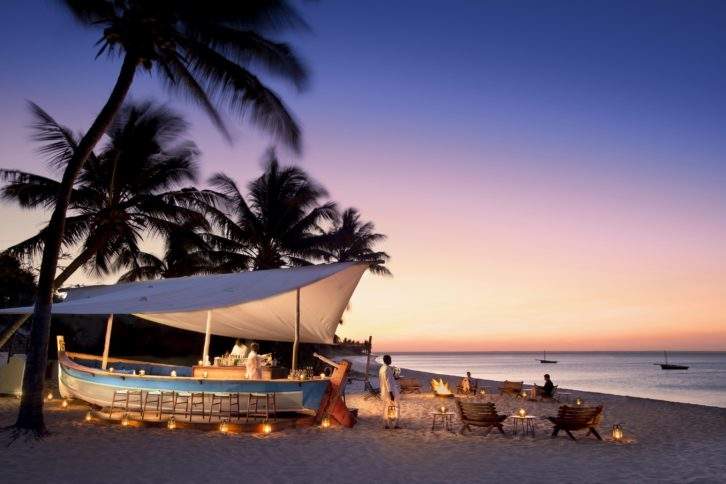 One of &Beyond Benguerra Island’s greatest hallmarks is undoubtedly its appealing dhow beach bar. This traditional wooden fishing boat turned stylish beach bar sits on the white sand facing out to sea. Take a seat as premium spirits and tropical ingredients are brought together in bespoke cocktails.

Meals can be enjoyed wherever you prefer. Perhaps start the day with a lavish breakfast spread on your private tree-shaded deck, enjoy lunch in the sunlight dappled gardens, and have a lantern- and candle-lit beach dinner under the stars.

Each evening, once the stars are out, all guests gather on the beach by the dhow bar for fireside canapes and aperitifs before being led to individual tables set up along the shore. Some nights, the chefs fire up the grill for barbecued seafood. And on other nights, your personal butler serves fining plates tailored to your taste. 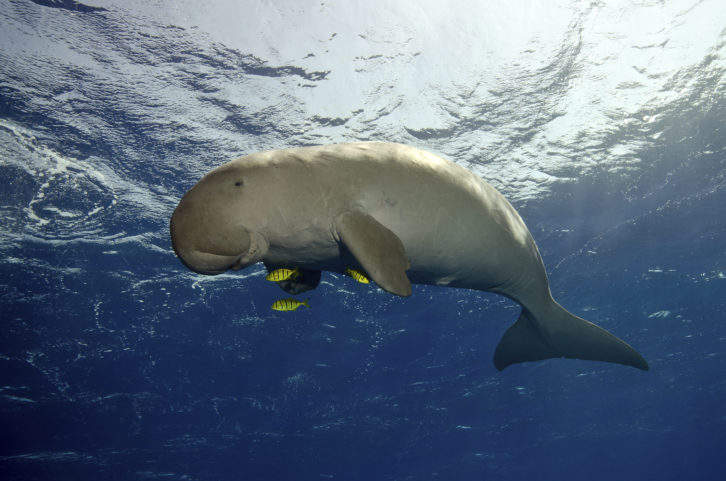 The coral reef here simply teems with marine life, making trips out from the resort’s dive center especially rewarding. From the deck of the boat, or while you’re in the water, you might see a dugong, turtles, dolphins, whale sharks and whales, depending on the season you’re here. Of course, the wildlife of Bazaruto isn’t just limited to the sea. Tiny suni antelope inhabit the sandy bushland; flamingos and crocodiles appear in the islands’ lakes; and ghost crabs scuttle down the beach to the sea. 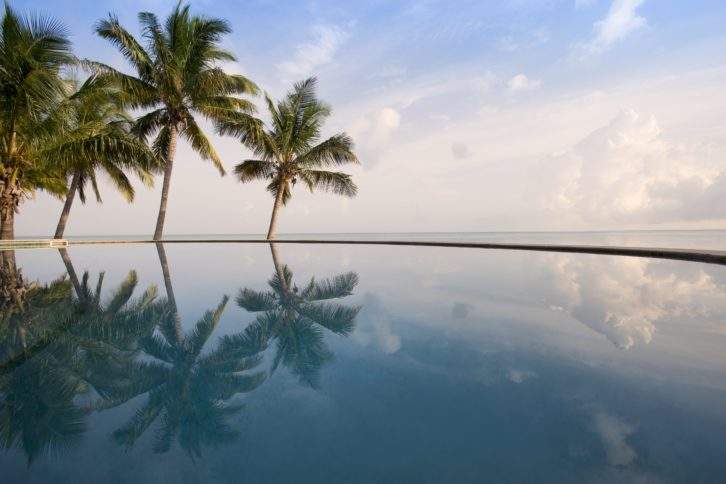 If you’re island hopping, make the journey all the way up to the farthest flung island in the archipelago, Santa Carolina, known locally as Paradise Island. As well as having the whitest possible sand and turquoise sea, with excellent snorkeling just offshore, the island is home to the ruins of a legendary hotel from the 50s and 60s. Elton John is said to have stayed here and Bob Dylan allegedly wrote his song ‘Mozambique’ at the piano. Abandoned in 1973 towards the end of Mozambique’s independence war, it’s now a crumbling reminder of its former grandeur and hedonistic heyday. This island’s pristine shores are sometimes the setting for the resort’s romantic castaway picnics.

There aren’t many better ways to end the day than to sail out from the resort’s secluded bay and along the island’s coastline on a local fisherman’s dhow. You’ll be able to reach into the coolbox for a G&T as the skipper guides the wooden boat across the waves and the setting sun casts a pink-tinged golden glow over the indigo sea.

Find out more about &Beyond’s Oceans without Borders initiative here.