Get the best possible start to 2019 by seeking out the world’s best culinary experiences taking place in January. This month offers a spectrum of gastronomic events, from food festivals in Switzerland and the United States to a pop-up in the Maldives. 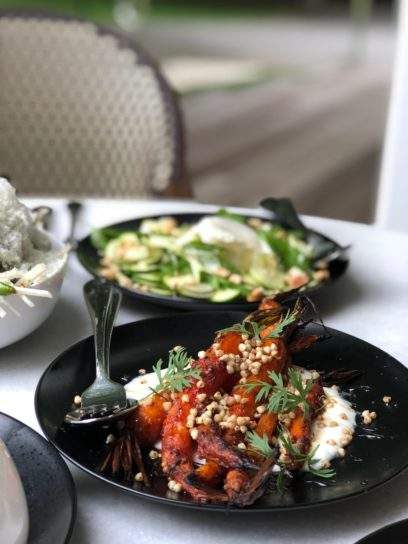 Having just emerged from the third phase of its major renovation, Marlborough Lodge is enjoying some time in the spotlight. Much of the attention has been on the brand-new chapel-turned-spa but this isn’t the only reason to make the journey here. The lodge’s newest experience, the three-day Rejuvenate, Discover and Explore package, combines time spent at the spa with exploration of sites including the Marlborough Sounds and an introduction to the local wine and gastronomy. After cycling through vineyards with a private guide and meeting the region’s leading organic winemakers, you’ll wander the 16-acre gardens with the restaurant’s chef and cook up lunch in an interactive cookery class. After having your fill, you’ll then gather berries from the garden before being taught how to make your own signature cocktails with them. Reflecting its name, the lodge’s Harvest Restaurant focuses on fresh, seasonal and locally sourced produce, with an ever-changing menu of dishes like roasted lamb loin with eggplant, yogurt and onions. 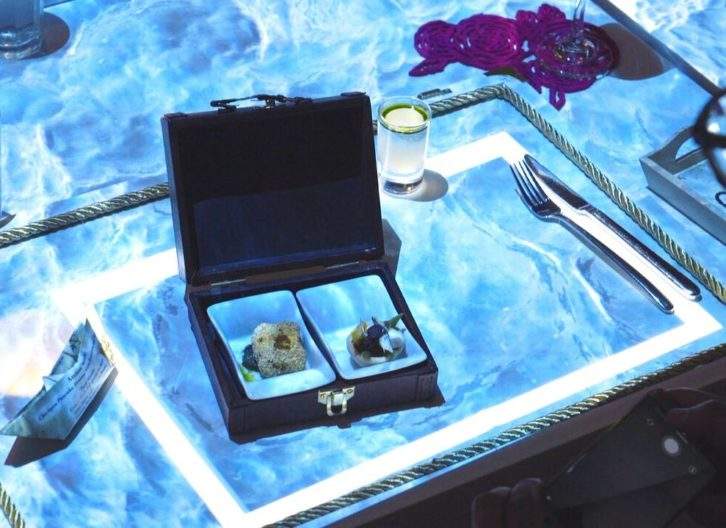 From the 5th January to the 5th April, 2019, Mandarin Oriental, Marrakech is hosting a pop-up restaurant based around the ‘Art of Food by Le Petit Chef’ 3D interactive culinary experience. The two-hour dining show will use 3D visual technology to take diners on a culinary journey across the countries visited by Marco Polo, with the animated character, Le Petit Chef, guiding you through your degustation menu. Props, soundtracks and scents enhance the experience further, giving you a sense of the icy air in the Himalayas and heat of an Arabic Souk. 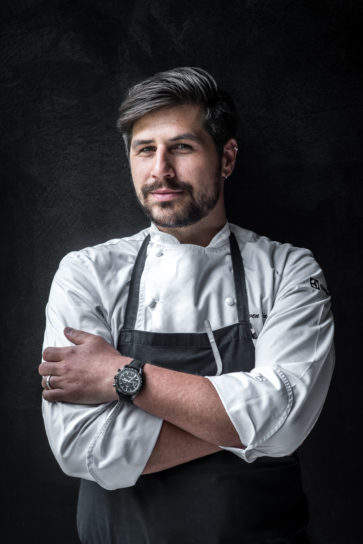 It’s once again time to head to this Swiss mountain town for its annual festival of food, which this year takes place from the 11th to 19th January. Nine prominent chefs from Europe and Asia are set to take part, including chef Dirk Haltenhof who earned three Michelin stars and a position among the World’s Best Restaurants for his former restaurant, Oud Sluis, in the Netherlands; the two-Michelin-starred French chef of Four Seasons Hotel in Hong Kong, Guilluame Galliot; and Gault Millau’s Newcomer of the Year 2018, Sven Wassmer (pictured) from the Grand Hotel Quellenhof in Bad Ragaz, Switzerland. As many as 40 events are set to take place across the nine days—from wine tasting to gourmet safaris—at partner hotels including Badrutt’s Palace. 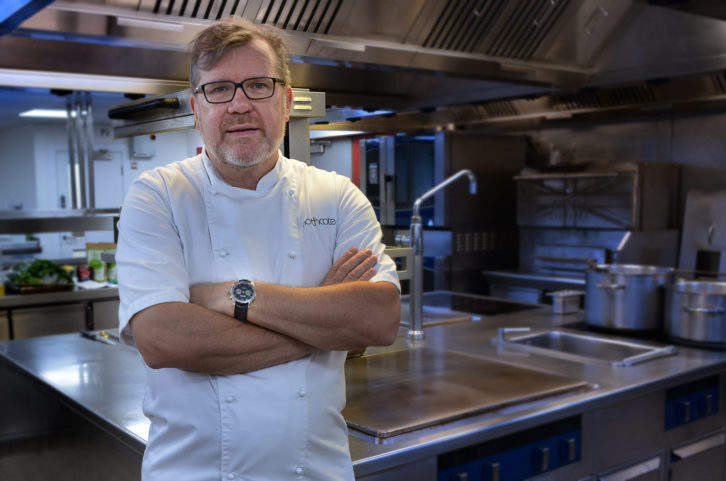 This annual gastronomic event at the hotel and Michelin-starred restaurant Northcote brings together a line-up of accomplished chefs to create their own innovative menus over the course of 17 nights. Obsession 2019 will see 18 chefs fly in from around the world for the occasion, with confirmed participants including Norbert Niederkofler of the three-Michelin-starred Restaurant St Hubertus in Badia, Italy; former Noma chef de cuisine, Matt Orlando, who recently opened Amass in Copenhagen; and Patrick Kriss who worked at Daniel in New York, and Regis Marcon and Maison Troisgros in France, before opening Alo in Toronto. The event is hosted each year by chef ambassador of Northcote, Nigel Haworth, and the restaurant’s executive chef Lisa Goodwin-Allen is the host chef of the opening night. Each dinner comes with wine pairing and a Louis Roederer Brut Premier Champagne reception. 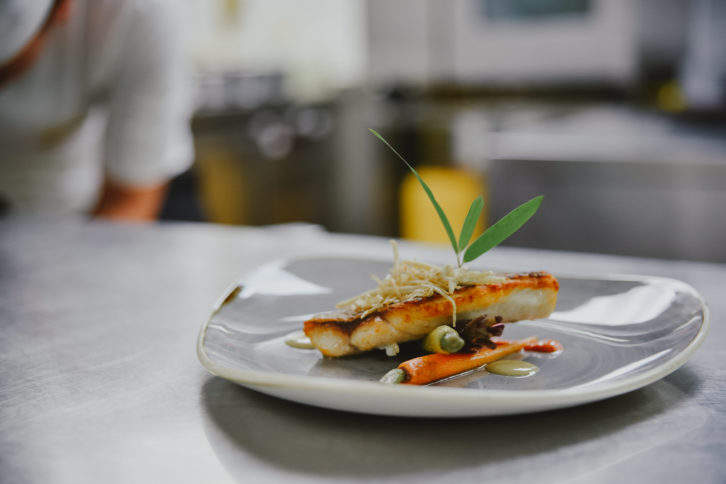 January is the last chance to experience the three-month pop-up, Buddha-Bar Beach, at Shangri-La Viliingili Resort & Spa in the Maldives. Running through to the 31st January, this culinary pop-up from one of the world’s most prominent restaurant brands offers fine Mediterranean and Asian fusion cuisine, a mixology corner and Veuve Clicquot Beach Cabana in a stylish space with live DJ. Dishes are created by Buddha-Bar Worldwide’s chef Zuzumo to add a social element to the fine dining experience in a sharing menu of small plates. These small plates can be accompanied by the creative cocktails of executive bar chef for Buddha-Bar Worldwide, Matthias Giroud, and enjoyed with the upbeat atmosphere Buddha-Bar is known for. 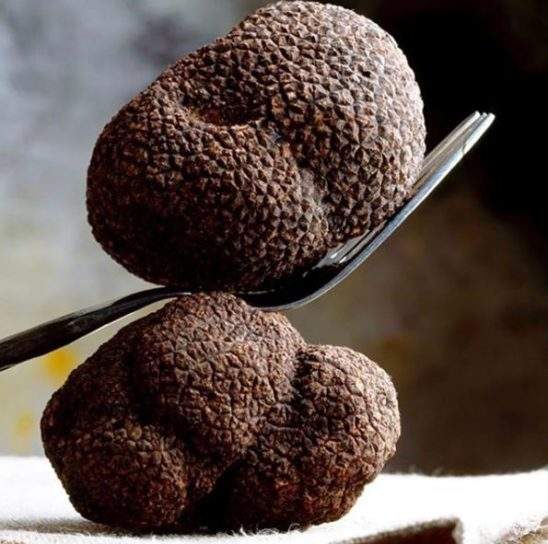 Now in its ninth year, the Napa Valley Truffle Festival 2019 is set to unfold from the 18th to 21st January. As the festival celebrates world-class cuisine, cutting-edge truffle science and the expertise of America’s top truffle chefs, it offers visitors the chance to be a part of gastronomic events such as cooking demos, a wild mushroom foray and truffle orchard tour. This year, the event’s host, chef Ken Frank of La Toque, will be joined by chef Marc Lanteri of Cuneo in Italy, Molly Nickerson of Marea in New York and Laurent Quenioux of Bistro LQ in Los Angeles. The wineries naturally play an important role too, with truffle lunches at the 2019 event hosted by Hall Winery and St Supery Estate Vineyards & Winery. 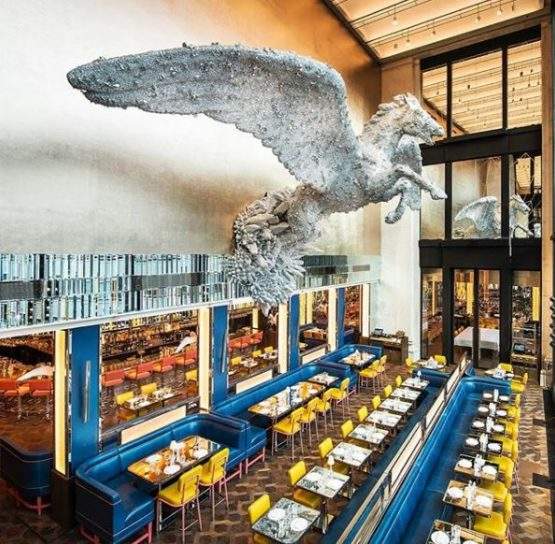 Having just opened in Selfridges London, the Brasserie of Light is a dining spot to place on your go-to list anyway. But this month is a particularly good time to go, if you’re on a New Year health kick. Here you can enjoy healthy breakfast, lunch and dinner plates in a contemporary-chic Art-Deco-inspired space distinguished by the 30ft crystal-encrusted statue by Damien Hirst, Pegasus. Nutritious dishes on the current menu include wild mushroom with truffle, broccoli and hazelnut rice bowl, and appealing mocktails such as the vanilla spiced sour pick-me-up. 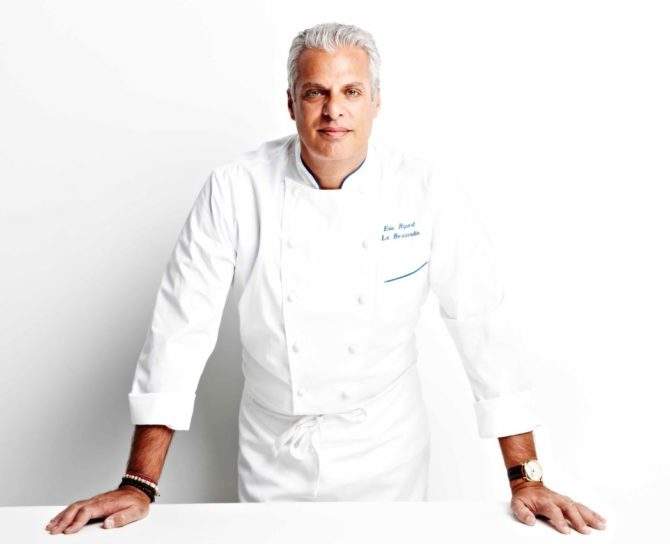 A culinary hit every year for more than a decade, the Cayman Cookout combines a sublime beachfront setting with the cuisine of some of the world’s most prominent chefs. The cookout is held each year at The Ritz Carlton, Grand Cayman on Seven Mile Beach, and in 2019 it takes place from the 17th to 20th January. This year’s edition will see acclaimed chef Eric Ripert, who acts as the event’s host, joined by José Andrés, Emeril Lagasse, Dominique Crenn, Nancy Silverton and Andrew Zimmern, among other culinary greats. You can expect events to include an island brewery tour, Krug underwater adventure, caviar lunch and Great Gala dinner.