Held on Saturday, February 27, the event will transport attendees to the rugged isles of Scotland and the picturesque coastlines of Portugal via Macleod’s expert knowledge of the traditions of Scottish whisky and Mendes’s prowess for Portuguese cuisine. Both experts will be sharing their expertise with guests that evening.

The event is being held to celebrate the launch of Dewar’s Portuguese Smooth – a double-aged blended Scotch whisky finished in port casks – which is the latest expression in the brand’s Blend series. Macleod explains that the Portuguese Smooth continues “the heritage brand’s long-standing commitment to innovation and quality… [and] reflects Dewar’s’ grit, wit and passion for creating creative, genre-bending spirits on an ambitious scale.” 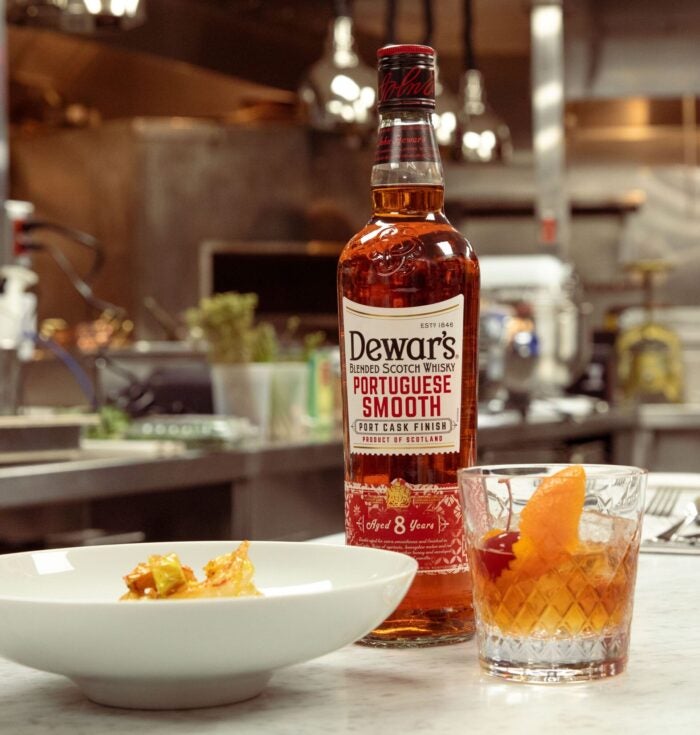 Macleod’s whisky career is impressive; having worked as Dewar’s’ master blender since 2006, she was awarded the title of Master Blender of the Year at the International Whisky Awards in 2019, making her the first female in history to earn the title. The monumental achievement was replicated in 2020 when she won for a second year running.

Speaking of the achievement, Macleod said: “It was an incredibly proud moment on a number of levels: personally, for the Dewar’s brand, for Scotch whisky and for women. I received lots of messages from women, not only who want to join the industry but also those who want to start their own whisky businesses. I’m excited to see what the future holds for women in whisk(e)y.”

For the Portuguese element of the evening, guests can rest assured they’re in accomplished hands: before its closure in early 2020, Mendes’s Aldea restaurant had attained a cultlike status in its New York hometown. The menu was a showcase of Mendes’s signature style, which reflected his Portuguese-American heritage, for which it was well rewarded as the first Portuguese restaurant in the US to receive a Michelin star. 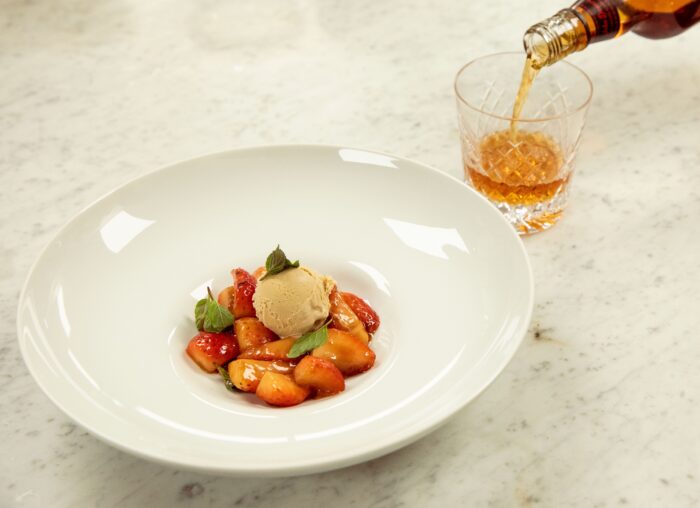 The cook-along menu will begin with a blending of Scotland’s and Portugal’s finest exports – whisky and port, respectively – in the form of the Spiced Tonic Highball cocktail, in which a the port-aged whisky is topped with tonic. Next, chef Mendes will guide guests through cooking a seared shrimp dish, marinated in a Goan-Portuguese curry broth.

For the next drinks course, Macleod will talk through the making of a classic old-fashioned cocktail, showcasing the nuanced flavors of Dewar’s Portuguese Smooth, before Mendes explains the making of the dessert.

The “Scotland Meets Portugal” virtual cooking and cocktail experience will round off with a neat pour of the Portuguese Smooth, which Macleod describes as having “flavor notes of freshly sliced ripe apricots, honeydew melon, red cherries and black currants drizzled with heather honey – all enveloped in rich, creamy notes of vanilla.”

“Scotland Meets Portugal” will take place at 5pm EST on Saturday, February 27. The experience is free to attend, with guests just required to buy ingredients. Sign up via cocktailcourier.com.