Not even officially in his role as Vacheron Constantin’s president of the Americas when we spoke at the soft opening of the New York City flagship boutique in June, Alexander Schmiedt has since taken over the helm of the world’s oldest, continually operating luxury watch brand, is planning a grand opening for the store and has traveled the US meeting with retailers and clients alike. Running a venerable brand like Vacheron Constantin, which has a long and storied relationship with the US that dates back more than a century, is no easy feat. However, Schmiedt is well prepared with a good proving ground behind him and a solid plan in front of him.

“I look at challenges as opportunities,” says Schmiedt. “Vacheron Constantin has to be true to its roots but has to tell its stories with a twist. In the past, we have communicated mostly about the history, but in the end, nobody cares that you’re old because if you are old, you can become old fashioned. So, the way we twist the communications and show that our heritage is unique and lets us do things others cannot do, that is what matters. It is two sides of the same coin. You have to reinvent yourself and twist the angles.”

According to Schmiedt, Vacheron Constantin – a “Holy Grail” brand for watch collectors – has been growing over the past few years with consistent strategies conceived of in Geneva and implemented globally. “Now is the time to invest in the United States and the Americas and so there is a lot of opportunity to further develop the brand here,” says Schmiedt, who was most recently the Vacheron Constantin brand director of the Middle East market since 2016. 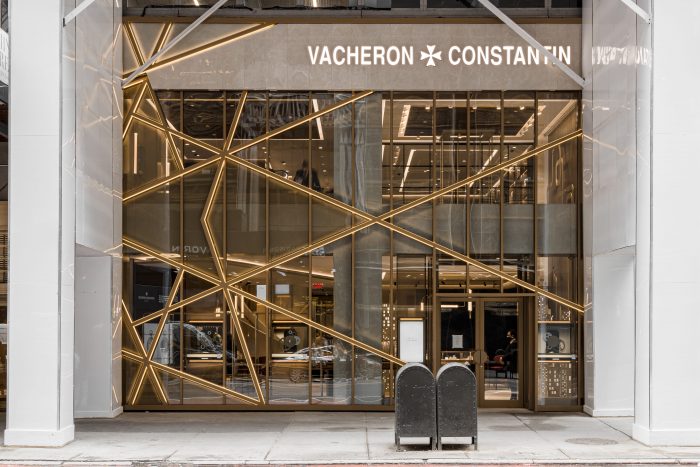 Prior to that, he spent 11 years at Richemont Group’s (owner of Vacheron Constantin) Montblanc, where he became managing director of the watch division. “There is so much potential in this market. There are so many different regions and tastes that vary from the west coast to the east coast, in between and Latin America. The objective for me is to get close the clients, to understand the regions and to drive the passion for Vacheron Constantin.”

Easily one of the most important aspects of growth comes in the revitalization of the brand’s boutiques in the Americas. His first mission was to properly soft launch the totally new Vacheron Constantin flagship store in New York City. Located on 57th Street, the approximately 4,500-sq-ft, two-story space is a dramatic departure from the old boutique. It is not just row upon row of showcases, but instead features comfortable seating areas, a hidden whiskey bar, an interactive archive system, a strap department to customize straps, and rotating art display spaces.

[See also: Behind the Scenes with Vacheron Constantin’s Égérie Collection]

“I see it as an extension of the manufacture in Geneva. It has all of the elements that allow visitors to experience the Maison,” says Schmiedt. “As a watch collector, you can basically spend a whole day exploring everything we have there.”

In fact, this is the first brand boutique in the world to have an ongoing steady collection of refurbished, for-sale vintage pieces that are part of what is usually a traveling exhibit of Les Collectionneurs watches. Several years ago, Vacheron Constantin began acquiring vintage pieces and refurbishing them for sale to collectors around the world. The brand’s experts would travel with the collection from city to city, but now the New York store will always have Les Collectionneurs watches for sale. Each time one is sold, another will take its place. The 4,500-sq-ft two-story space is a dramatic departure from the old boutique / ©Vacheron Constantin

Additionally, Schmiedt is excited about the watches on display that have a true American heritage since the brand has been important in America since the 19th century. Recently, Vacheron Constantin unveiled a one-of-a-kind American 1921 watch that was inspired by the original driver’s watch made for the American market. The cushion-corner watch with off-centered round dial and crown placed above 12:00 (which is actually more like 2:00 on the case) houses original parts from the brand’s archives, and, where certain pieces were not available, they were hand-made in the same way as in 1921. This piece, which will go on an around-the-world tour, is currently on display in New York.

“This is an exact replica inside and out of the original, made in our restoration atelier,” says Schmiedt. “This is an incredible story because very few manufactures have the capabilities to do this. For us, it is about showing our craftsmanship, our technology and also our long-standing relationship with New York.”

Even the art exhibit in the foyer that reaches up two stories recalls New York. Inspired by artist Chris Burden’s Metropolis II sculpture, the installation is a replica of New York’s skyscrapers, complete with motion-activated gold-hued cars that spin along the city streets.  The sculpture is visible via the windows, as well. “We want the passersby to be able to interact with the cars and see the sculpture and hopefully it will spark their interest and make them want to come in,” says Schmiedt. “It is the first time that we don’t have to have the same generic look as every other city. We have global consistency, but we have something special here that really gives it a local New York City feel.” 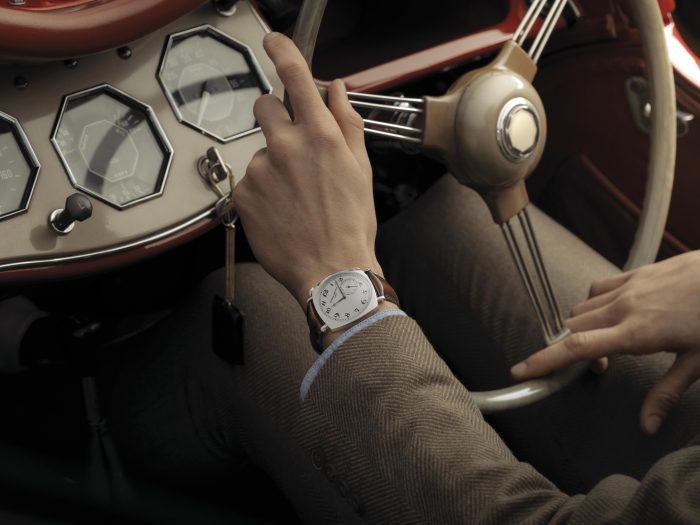 To Schmiedt, the experience is almost more important than selling a watch in the store.  “People can take watchmaking classes here from our master watchmakers, they can use the digital archive system to read letters written more than 100 years ago to our brand. We have so many stories to tell, and in the end, the objective is to make the boutique enjoyable for everyone,” says Schmiedt. “We want people who love watches to experience them and then, if fall in love and buy one, we are very happy. But for me, our boutiques are about experiencing our uniqueness. The commercial aspect, selling a watch, becomes the result of the experience or of the relationship the person has with the Maison.”

According to Schmiedt, his next efforts include getting to know his entire team in the Americas and encouraging everyone to be agile and “work like a web.” He also plans to focus on corporate social responsibility in the Americas. “Each company has to find the right angle of how to credibly support CSR efforts that are in keeping with the ethos of the brand.  For Vacheron Constantin, we have always been about the transmission of know-how and passing the skills of the crafts on to the next generation. So, supporting something for the future is an element we could develop, one that is genuine and authentic for us and that resonates with the market.” 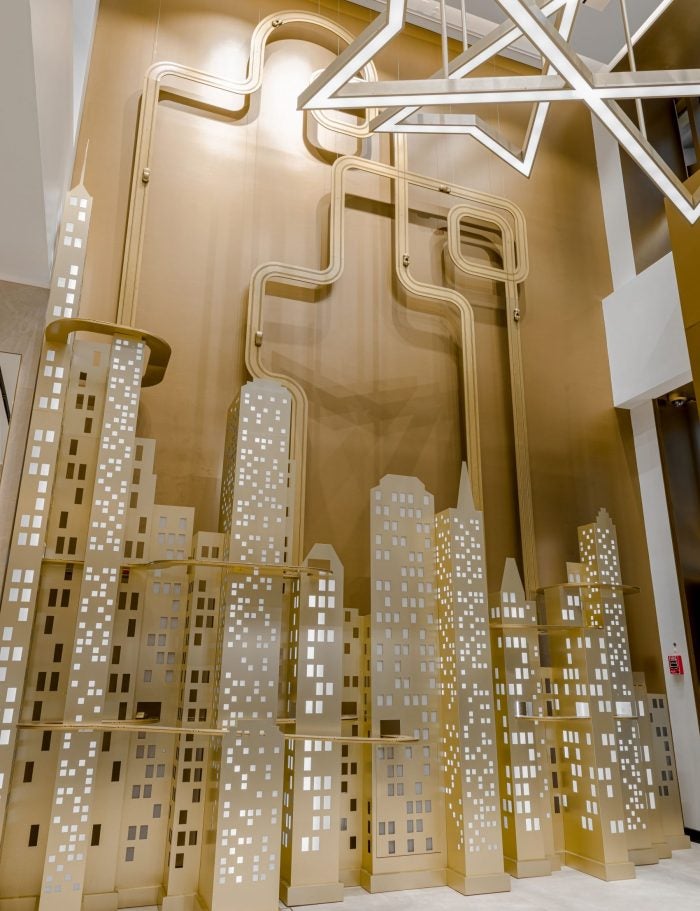