Don’t miss out on Budapest’s wealth of attractions, adventures and experiences

Heroes’ Square, also known as Hosök tere is an important political area in the city and often highlighted as one of Budapest’s must-see cultural landmarks.

It can be found bookmarked by the Palace of Art and the Museum of Fine Arts. In the middle of the square stands a 118-foot-high Corinthian column with a statue of Archangel Gabriel on the top, a symbol of Roman Catholicism. The central attraction is the Millennium Monument, which showcases statues of the founders of Hungary. Some statues are missing due to Hungary losing ties with Austria shortly after the monument was built.

A trip to Budapest is not complete without going to the thrilling House of Terror museum. Located at Andrássy út 60, this horrifying house has been open almost a decade and a visit there comes highly recommended.

The building was reconstructed and turned into a monument, which stands out from the other buildings on the street, and inside it presents the two cruelest systems Hungary has seen: the fascist and communist dictatorial regimes. It shows how life was for the Hungarians in these two bloody periods and is also a memorial to the victims that were tortured and killed in the house. Highly recommend by our concierges, many celebrities have been horrified by the House of Terror. See page 18 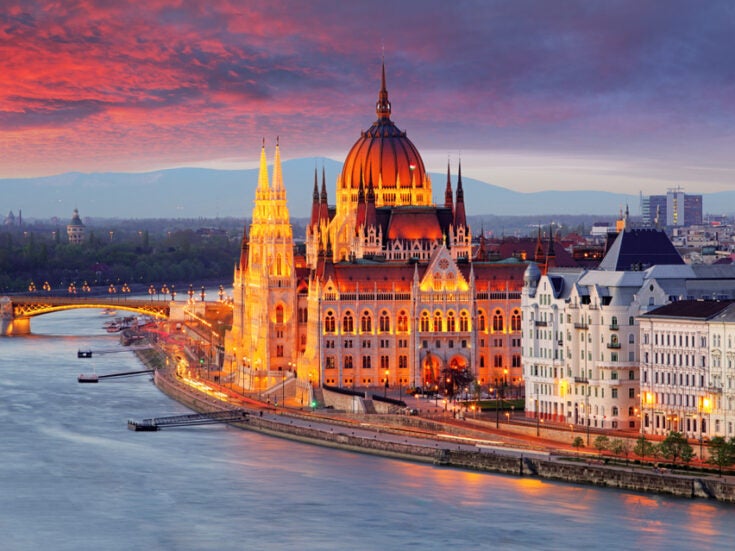 The 11 Best Restaurants in Budapest

For the elite shopper nowhere is better to start than Fashion Street.

Converted from a historic building this area is now home to some of the world’s most luxurious fashion brands, in addition to Andrássy Avenue, which plays host to Gucci, Roberto Cavalli, and Louis Vuitton. For a fast-paced and more modern shopping experience we advise one of the many malls, most specifically Arena Shopping Center. Authenticity in terms of food can easily be found in the Central Market Hall at the end of Liberty Bridge while the best known antique shops are in Falk Miksa Street. Budapest is also a haven for art lovers, having one of the largest gallery to square mile ratios in Europe.