The Royal Mansour Marrakech has long attracted visitors seeking privacy. A medina within a medina, just steps from the city’s pulsing Jemaa El Fna square, the hotel offers an exquisite walled retreat in the heart of the bustling Red City.

Now, the vast riad-style resort, which is owned by the King of Morocco, has unveiled a new footprint, revealing a myriad of new outdoor spaces. The newly expanded Royal Mansour grounds include a herb and vegetable garden that will be utilized by the property’s restaurants and spa as well as a new artist’s studio. But possibly most exciting of all is a new private dining location elevated above the garden’s fragrant lemon trees.

Aptly named The Nest, the new dining space is hidden 14ft above the Royal Mansour grounds with undisturbed views over Marrakech’s skyline including the famed Koutoubia Mosque’s Atlas tower. Accommodating up to eight guests, the 430-sq-ft, open-air dining space is an extension of the hotel’s Le Jardin restaurant. It will feature a Mediterranean and Asian-fusion menu by celebrated French chef, Yannick Alléno, whose eateries have amassed a total of six Michelin stars.

[See also: The Most Opulent Hotels in Madeira] 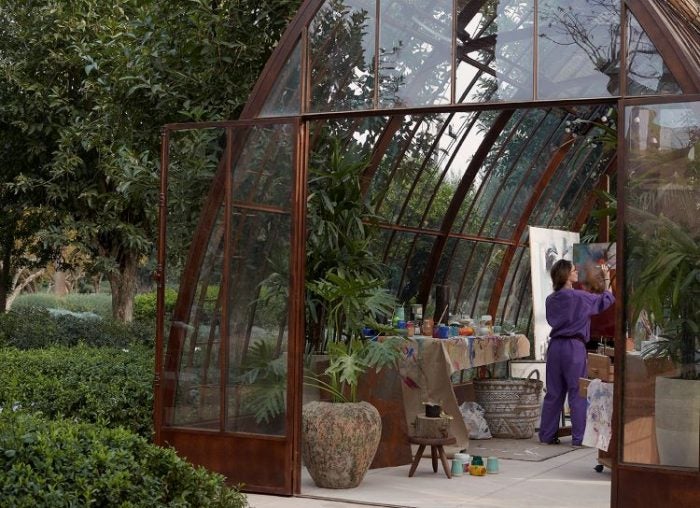 Atelier d’Artist within the grounds of the hotel / ©Royal Mansour

The Nest along with the hotel’s four restaurants, which include the signature eatery of La Grande Table Marocaine and Sesamo, the new eatery from a celebrated Italian chef, Massimiliano Alajmo, will be served by a newly established herb garden and organic vegetable garden. The fresh supply of herbs will also be utilized within aromatic infusions and treatments in the sprawling 27,000-sq-ft Spa Royal Mansour.

In charge of the resort’s latest extension was Luis Vallejo Landscape Studio, the firm behind Royal Mansour’s previous 2016 garden expansion. The design takes inspiration from traditional Moroccan agricultural practices as well as the city’s Unesco World Heritage Agdal and Menara Gardens, which can be seen in the geometric grid of olive and palm trees and the use of local flora and fauna. Taking further influence from Moroccan heritage, a system of reservoirs was established around the grounds as a nod to ancient irrigation systems that brought water from the Atlas Mountains. 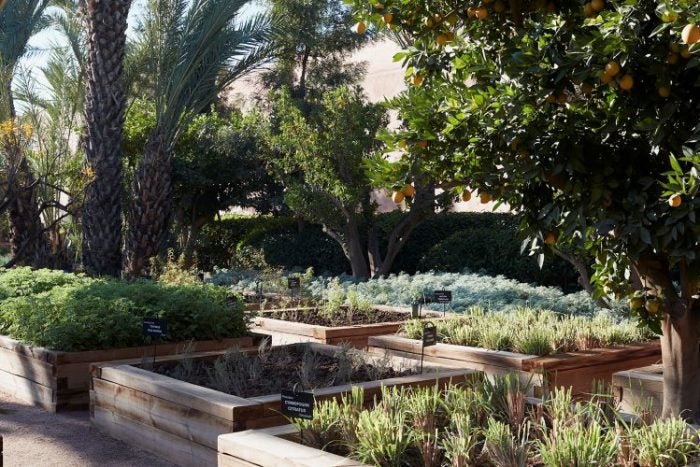