From serpentine sandstone canyons to scraggy hoodoos, Utah is a geologic marvel. Molded over millennia, three wildly different physiographic provinces converge near the state’s center: the Colorado Plateau, Middle Rocky Mountains, and Basin and Range. Each features a staggering yet specific array of landscapes as evidenced throughout the Beehive State’s five national parks. Utah is best experienced via a road trip; the unrushed cadence of automobile travel allows for scenic stops and flexible days.

In the winter, that could mean a bluebird morning on the slopes or a day spent in the snow-covered desert. During the warmer months, it unlocks balmy evenings filled with stargazing and Milky Way spotting.

The name Utah originates from the Native American Ute tribe; it means “people of the mountains.” Weaving along the Virgin River and through the multitude of mesas excites, but the adventure truly begins when tires meet with dirt, snow or gravel. Slide into the immeasurably capable 2021 Land Rover Defender 110 X and begin the journey in Utah’s southwest at Zion National Park.

As the state’s first designated national park, Zion brims with Navajo sandstone, ranging in reds from a saturated carmine to a crisp vermilion, all the while punctuated by juniper and pine cliffs. Although a robust shuttle system services the park, drive in before sunrise or at twilight when the 54-mile Zion Canyon Scenic Drive is most illuminated. While a set of stratified rock formations called the Watchmen is easily viewable from one of the many turnoffs, opt for the mile-long Canyon Overlook Trail hike, which terminates with a monumental vista of some of Zion’s most celebrated formations.

Head out of the park and into neighboring Springdale to FeelLove Coffee for freshly baked donuts or avocado toast, which pair brilliantly with their signature tea elixirs or lattes. Stroll down Zion Park Boulevard, the main artery dotted with gem shops and galleries. Tribal Arts Zion sells Native American jewelry, pottery, baskets and sculptures crafted by the Hopi, Navajo and Kewa tribes, to name a few. The bespectacled namesake proprietor at David J. West Gallery hopes to “encourage others to protect what natural lands we have left” through his photography, regaling customers with behind-the-scenes stories and helpful local tips. 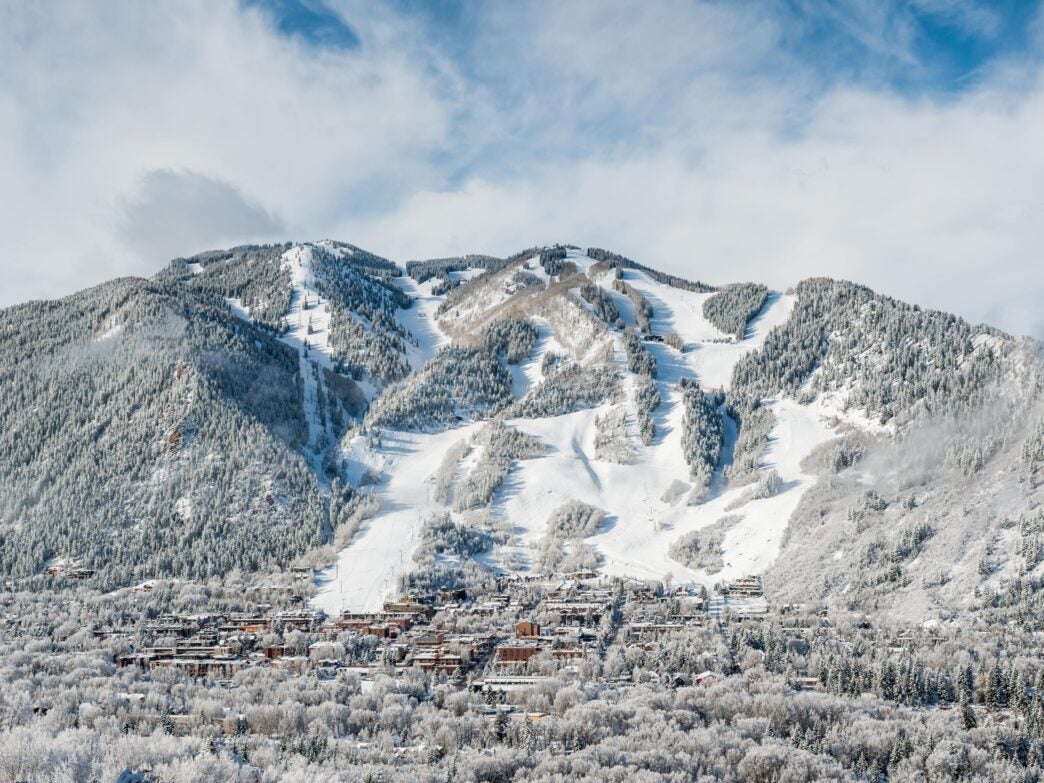 Where to Enjoy a Long Weekend in Aspen 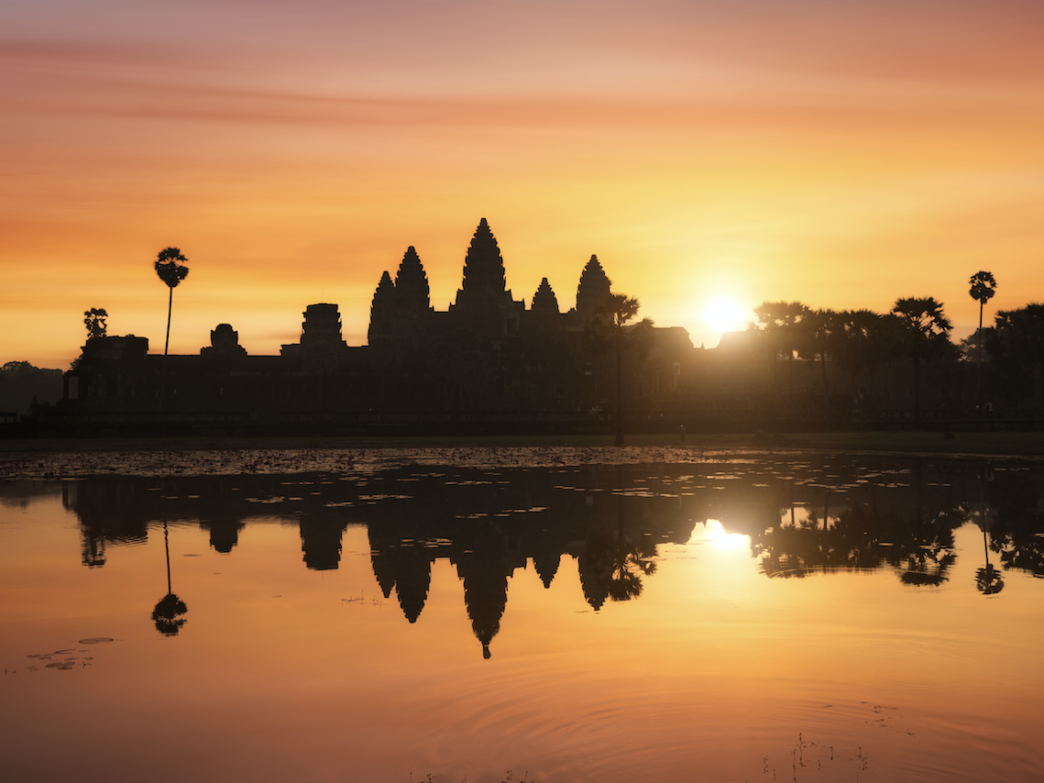 A Luxury Guide to Cambodia 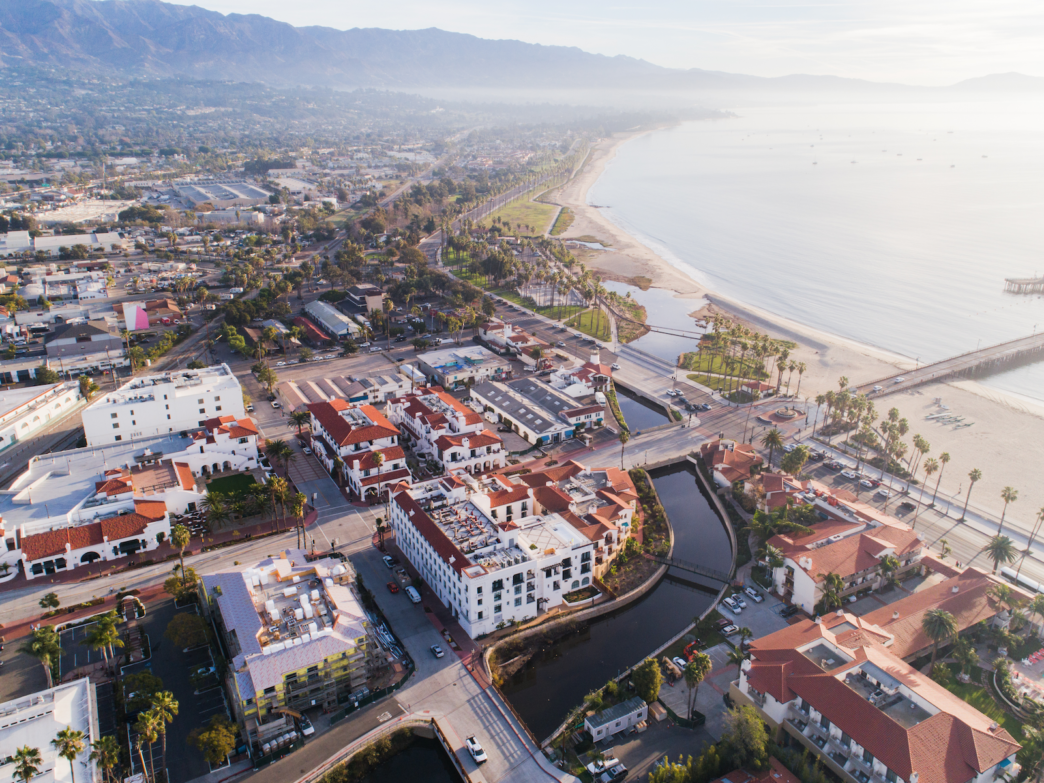 A Weekend in Santa Barbara

[See also: The Top Hotel Buyouts in the World] 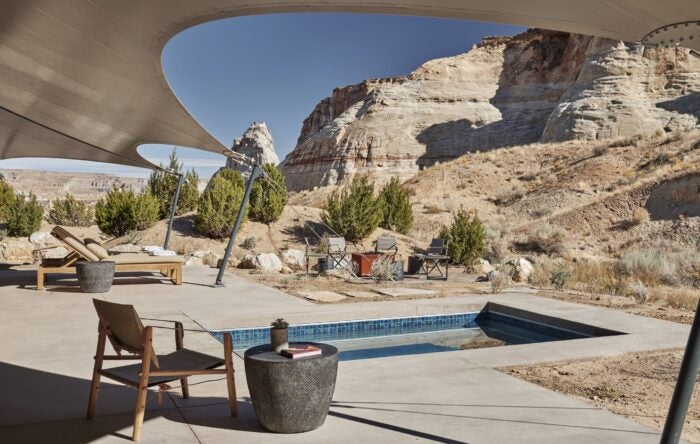 Straddling the southern Utah/Arizona border, Amangiri and the freshly launched tented pavilions of Camp Sarika, which translates to “open space” in Sanskrit, continue to exemplify luxury. Tucked within the mesas of the high desert and gently undulating landscape, the 600 acres of wilderness dramatically seduce. On property, experience the Via Ferrata, a harness-required hike available exclusively to hotel guests, then unwind with a Hózhó healing treatment at the Aman Spa. Watch the sun set over the sea of Coral Pink Sand Dunes and give sandboarding a try with Coral Pink ATV Tours before retiring to a private fire pit and plunge pool at camp.

A three-hour drive east through Bryce Canyon National Park (which is not a canyon but rather an assemblage of natural amphitheaters) grants a midday check-in at Escalante Yurts. Originating in Central Asia, these round tents stay cool in the summer and warm in the winter. Prepare to be awestruck navigating S-turns and hairpins to Upper Calf Creek Falls Trail. The tree line melts away as the two-lane road follows the ridgeline, revealing stunning panoramas. Scramble down the slickrock (which, contrary to its name, is not slick unless wet) and into the forested, cool canopy that leads to a dramatic set of waterfalls. Cairns lead the way.

Escalante’s a sleepy town, so plan for an early supper at 4th West Pub, the local watering hole owned by Erin and David Treanor. A melange of street tacos, in-house smoked craft salsa, nachos and an ample number of paninis grace the menu.

Water governs everything when it comes to slot canyons. Named for their narrow widths, slot canyons zig and zag, sometimes squeezing down to a sliver. The hard-packed dirt trail provides playful fodder for the Defender en route to a trio of slot canyon hikes, Dry Fork Narrows, Peekaboo and Spooky Slot Canyons. Be mindful of the hourly forecast; flash floods and afternoon rainstorms occur and must be dutifully considered. Back in town, Escalante Outfitters doubles as a general store and restaurant. Consider their house-made pizzas and carrot cake welcome rewards after a day snaking through the slots. 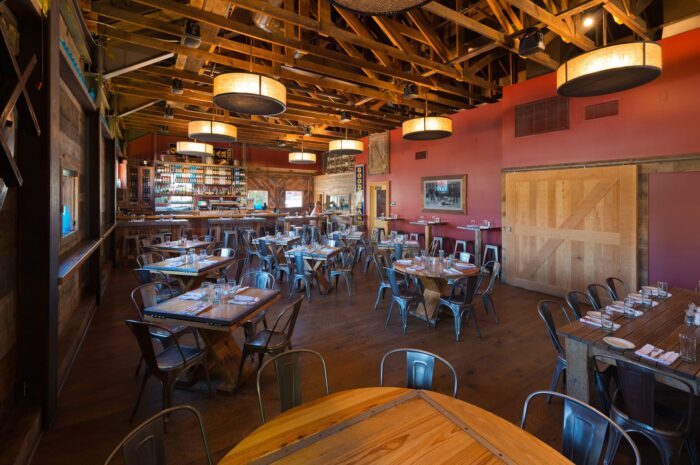 Plan to spend a full morning driving the spine of the state to Park City, home of the Sundance Film Festival and alpine living. Nestled in Canyons Village at Park City Mountain, Apex Residences Park City offers a ski-in, ski-out set of private townhomes that feature three-story, four-bedroom versatile spaces. A private Jacuzzi leads to a pragmatic mud room, an enclosed garage and plenty of space.

Jaunt downtown for a meal at Handle, where executive chef Briar Handly creates elevated bistro fare with mountain flair. A bouquet of color and flavor, his chicories and broccolini with marcona almonds and medjool dates, as well as his General Tso cauliflower with sriracha vinaigrette, combine fresh ingredients with local staples. Inquire about any off-menu specials and the Rattlesnake cocktail.

Rendezvous with Utah-made rye at HighWest Distillery, the brainchild of a former biochemist turned distiller. Linger over the Old Fashioned Barrel Finished cocktail or scoot into the saloon for their corn rojo pozole or Niman Ranch steak. Before departing Park City, book a ride on the Olympic bobsled, home of the luge, skeleton and bobsled events during the 2002 Salt Lake City Winter Games. 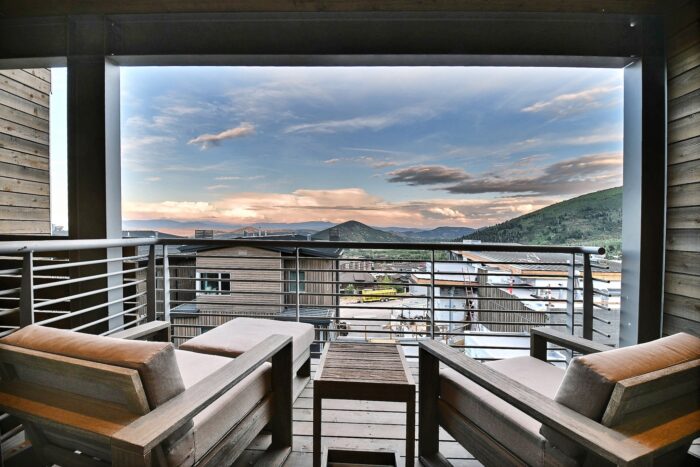 In 1969, Robert Redford bought 5,000 acres of protected wilderness now known as Sundance Mountain Resort and built a community steeped in reverence of the natural world. “Our commitment to Sundance has always been to develop very little and preserve a great deal,” Redford notes. Sitting at the base of 12,000-foot Mount Timpanogos, the resort has a robust calendar of year-round activities, including night skiing, fly fishing, scenic lift rides and ziplining. It’s located less than an hour from Park City, so take respite in the easy commute and green lodging before bearing southeast to Moab. Spend a handful of hours descending into the desert, granting ample time for a sunset horseback ride at Sorrel River Ranch. Roam the desert ridges and drink in the open views of the Colorado River Valley, Parriott Mesa and Convent Butte before sinking into a sumptuous bed back at the ranch. Undoubtedly, the finest views of Canyonlands National Park and Arches National Park are from above. Book a 13,000-foot tandem skydive with Skydive Moab and land at Sorrel in time for a hearty breakfast.

Mouths will certainly hang agape as you drive Highway 128 into Moab. The otherworldly sights rise straight up from the mighty Colorado River thanks to seismic uplift and perpetual erosion. The Defender can certainly handle Hell’s Revenge, arguably the most technical 4×4 off-road trail in town. (Elite tip: Book Levi at Sorrel as a guide and ask to see the dinosaur footprints.) 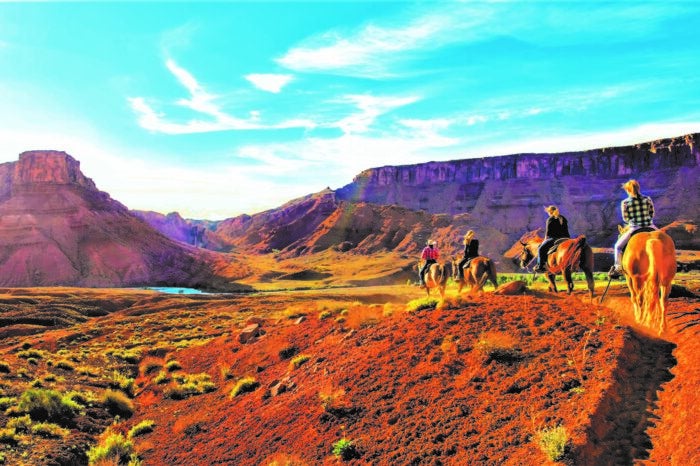 Horse riding in the desert

To simply call the Defender capable would be doing a disservice to the nameplate. Boasting a turbocharged six-cylinder, mild-hybrid with an electric supercharger that pushes 395 hp to its rigid unibody framework, the new Defender is unquestionably made for adventure. Sand, snow, rock crawling, gravel, water fording – there’s a drive mode for that. From $81,000.

In 1944, Eddie Bauer revolutionized cold-weather gear by patenting America’s first down jacket, the Skyliner. Less than a decade later, he added the Lady Yukon and women’s Skyliner, creating the first women’s down jacket. Celebrating its 100th anniversary in 2020, Eddie Bauer continues to evolve with the super-thin but extra warm MicroTherm 2.0 down hooded jacket for both men and women. From $175.

The Koolatron thermoelectric iceless cooling and heating travel cooler plugs directly into any 12V outlet and uses less power than a single taillight. Whether it’s cold water or hot tea, easily pack perishables for a day on the road either vertically or horizontally in the 36-quart space. From $180,

Lightweight and compact without sacrificing image quality, the Leica CL is a versatile, portable camera system. Most recently outfitted with Lecia’s L-Mount, a cross-format device that allows lenses made by different manufacturers to be used on the CL, Leica continues to adapt. From $3,095 for the body.