New openings are two a penny in a city like London, where restaurants are the ultimate place to be and be seen. However, a new opening at an address like the Mandarin Oriental Hyde Park has even the most discerning of ears pricking up; since throwing open the doors to its uber-cool basement cocktail bar and dining space earlier this month, The Aubrey has already become a hotspot for the city’s elite.

Upstairs at the Mandarin Oriental, you will find Dinner by Heston Blumenthal, a two-Michelin-starred restaurant which, despite holding true to the eponymous chef’s fun take on gastronomy, is undeniably serious. But head down the stairs to The Aubrey and you’ll find a different vibe altogether. Think of it as the more formal restaurant’s fun sibling, where the impression is that the space is always on the verge of shifting into party mode, with the lights getting dimmer and the music getting louder.

While still completely delicious, the food here is a bit less serious than upstairs. Designed to replicate the experience of a traditional Japanese izakaya, premium quality ingredients are crafted into delectable small plates designed to be shared by the whole table. Kick off with Edamame drenched in yuzu salt and Oysters with ikura and white ponzu, before moving on to the Robata section of the menu, which is full of flame-cooked treats like juicy Iberico Secreto pork and buttery Saikyo Miso sablefish. 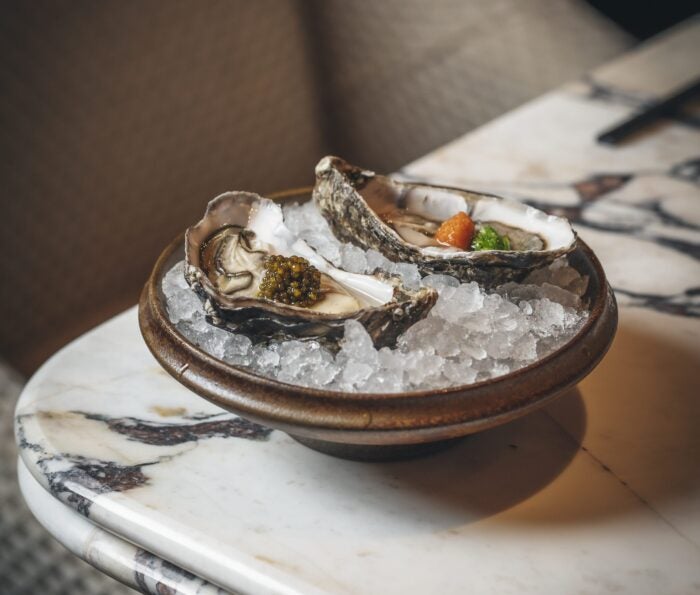 The concept of izakaya places just as much emphasis on the drinks as it does the food, so, true to form, The Aubrey’s cocktail menu is a big deal. Conjured up by bar manager Pietro Rizzo, the focus is on Japanese spirits. Of course, the world-famous sake crops up a lot, as do a selection of Japanese whiskeys and spirits, but the menu also showcases shochu, which despite being one of the most drunk beverages in Japan, is yet to make waves on London’s mainstream cocktail menus.

The space itself has been just as thoughtfully imagined as the food and drinks menus, with Maximal Concepts, the Hong Kong-based hospitality group behind The Aubrey, enlisting BradyWilliams design firm to craft the interiors. Swathes of marble and dark wooden paneling sit alongside soft velvet furnishings, with rich colors of plum, gold, green and pink at every turn.

[See also: The Most Exclusive Restaurants in London] 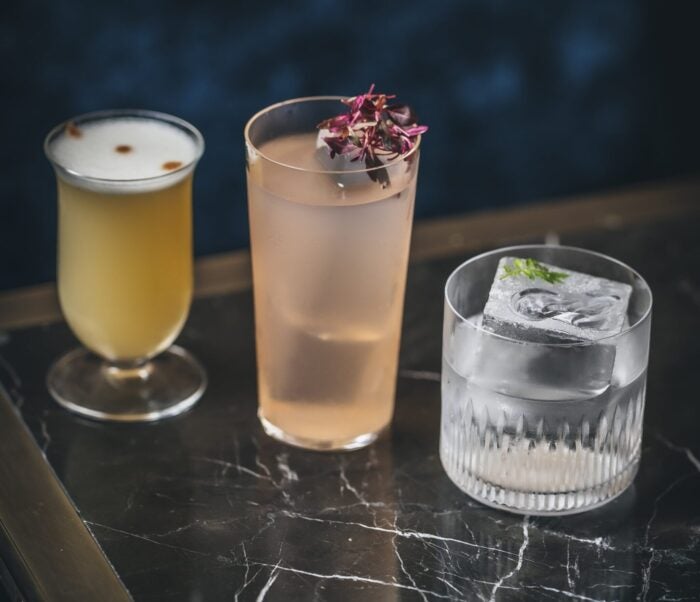 As well as the main bar and dining area, there are plenty of hidden nooks and secluded corners creating a warren-like feeling as you navigate from room to room. In the deliciously intimate private dining space, over-the-top chandeliers all but skim the table, with an adjoining separate bar perfect for hosting exclusive cocktail parties.

The bar also features what is said to be the first Omakase-style drinking experience in London, whereby an individual menu of cocktails can be crafted to suit each guest’s exact tastes and preferences.

To celebrate the opening of what will undoubtedly become a mainstay on London’s high-end dining and drinking scene, we’re sharing the recipe for The Death of the Lion cocktail. Don’t be fooled by this killer drink; it might look pure as water but hiding in this clear liquid is a heavy hit of huge floral flavors and a seriously boozy kick. Trust us, it’ll take you by surprise. 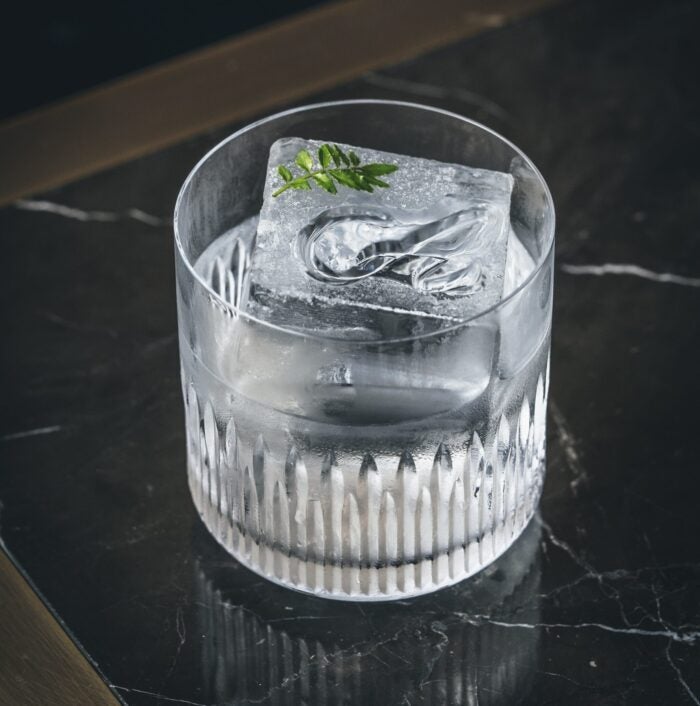 Don’t be fooled by this killer drink; it might look pure as water but hiding in this clear liquid is a heavy hit of huge floral flavors / ©Lateef Photography

Quinine and Kaffier Lime Leaf cordial: Simmer all ingredients over a gentle heat until reduced to a cordial-like consistency.

To assemble your cocktail, add all liquid ingredients to a chilled mixing glass with ice. Stir with a bar spoon for about ten seconds before pouring over one large ice cube in a short glass and finish with a single Kinome leaf. 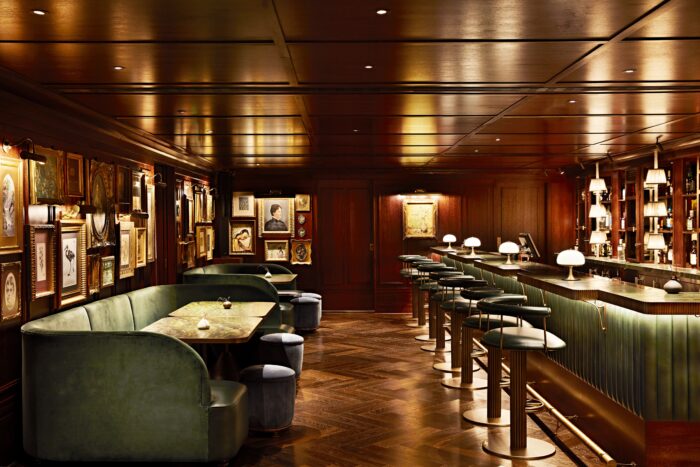