It started in Marbella in 2014 with openings in Madrid, Tarifa, Doha and Málaga quickly following suit. Now it is the turn of London to finally sample the delights of BiBo, the spirited brasserie-meets-tapas eatery of the self-defined ‘artisan of flavor’, chef Dani Garcia.

Opening last week within the industrial-chic confines of the Reuben brother’s new Mondrian Shoreditch hotel, BiBo transports a touch of Garcia’s native Andalucia to the heart of East London hipsterville.

The first UK eatery from the legendary Spanish chef occupies the hotel’s lower ground floor, and with its open-kitchen dining space and terrace promises to be the kind of place to while away the hours enjoying long laid-back lunches and carefree dinners with friends.

A leading light of the Spanish culinary scene, Garcia trained under the legendary Martin Berasategui (the only Spanish chef with two three-Michelin-star restaurants.) Like his mentor, Garcia soon went on to rack up the culinary accolades. The Marbella-born chef first grabbed the critic’s attention in 1998 when he took the helm at Tragabuches in the Andalucian town of Ronda. Garcia was only 25 when the restaurant was awarded a Michelin star.

Not one to rest on his laurels, Garcia opened Calima in Marbella in 2005, which went on to become the first restaurant in Andalucia to receive two Michelin stars.  However it was Garcia’s eponymous restaurant, also in his hometown of Marbella, that received the pinnacle of three Michelin stars.

Despite his string of fine-dining successes, it is Garcia’s more informal approach at BiBo that has put the chef’s eateries on the international map. 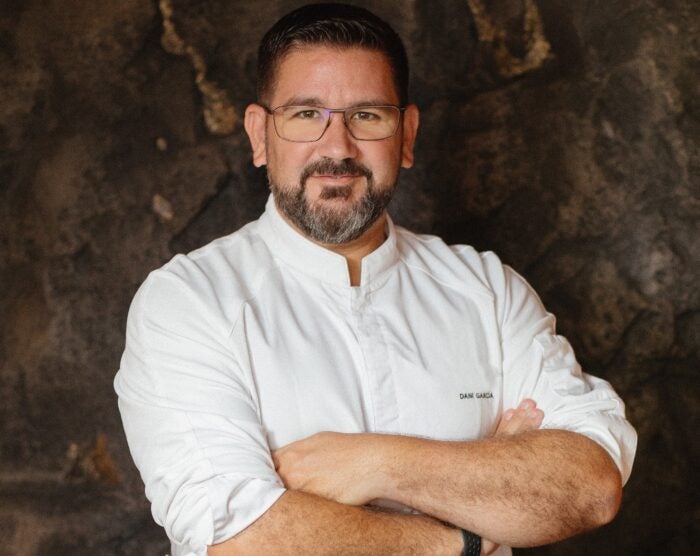 A true champion of Andalusian cuisine, Garcia is famed for fusing the region’s traditional produce and recipes with his own playfully innovative style. The end result is contemporary and creative dishes that remain true to their roots, which Garcia has artfully translated onto the plates of BiBo Shoreditch.

With BiBo borne out of Garcia’s desire to establish an eatery that democratizes fine dining through a more casual approach, each dish has been designed to showcase punchy flavors and impeccable attention to detail.

Those who have eaten at BiBo before can expect all of the favorites at its new London outpost. These include the Oxtail Brioche, a pulled oxtail brioche with thin mushroom slices, DG sauce and rocket and the chef’s much loved Russain salad featuring tuna belly, quails eggs and garlic chips. The signature creamy ham croquettes are also a must.

The wine list has been curated by Garcia’s wine director Rodrigo Gonzalez, who joined the chef’s dining group after a stint as sommelier at the Ritz Carlton alongside Berasategui. The cocktail menu, like the food menu, features typical Andalusian influences with a special BiBo twist. Sipping on the BiBo signature double sangria (a shaved ice granita topped with red or white sangria) will bring you momentarily to the beaches of Malaga.

When it comes to sourcing produce, BiBo Shoreditch has pledged its support to British suppliers and is already working with the Cornish firm Exmoor Caviar and sources its sourdough from local Neal’s Yard bakery St. John. The restaurant plans to ramp this up in the coming months with a long-term aim of supporting regional farmers and suppliers whilst remaining true to its Spanish heritage and signature ingredients. 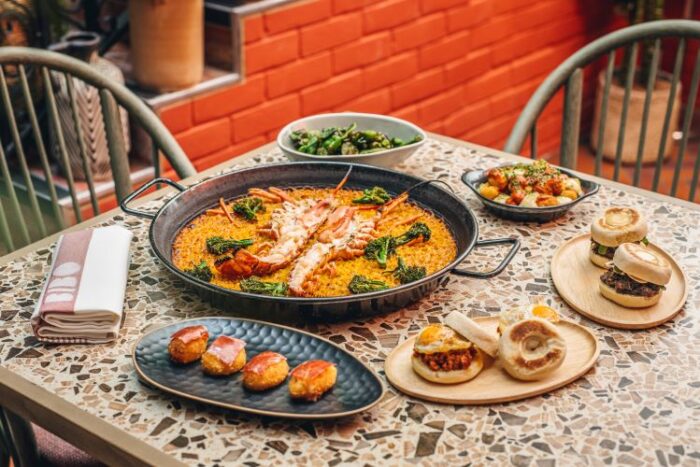 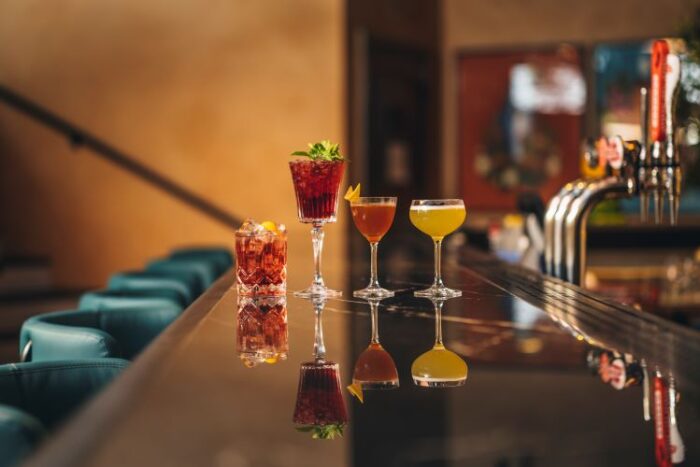 Grab yourself one of the casual high tables designed for tapas service. The close proximity to the open kitchen allows you to soak up the aromas as you watch the chefs create culinary delights such patatas fritas con jamón and mussels escabeche.

Outside, BiBo’s courtyard acts as a Spanish haven in the heart of London, with bold red walls, hanging plants and wooden fans beneath a retracting glass roof, ideal for when the British weather is less than bueno. 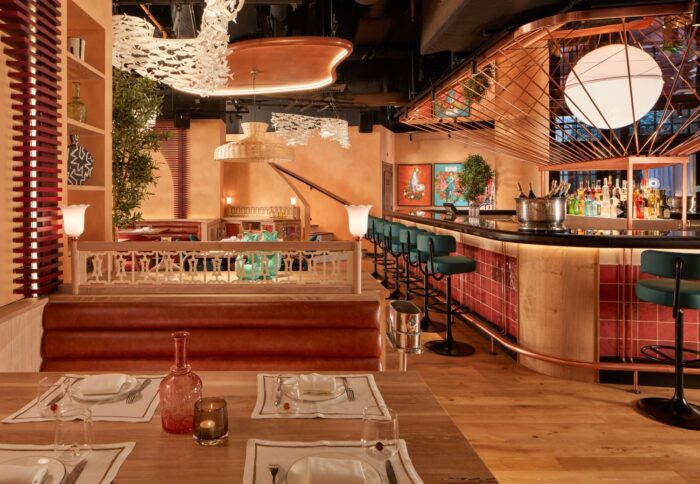 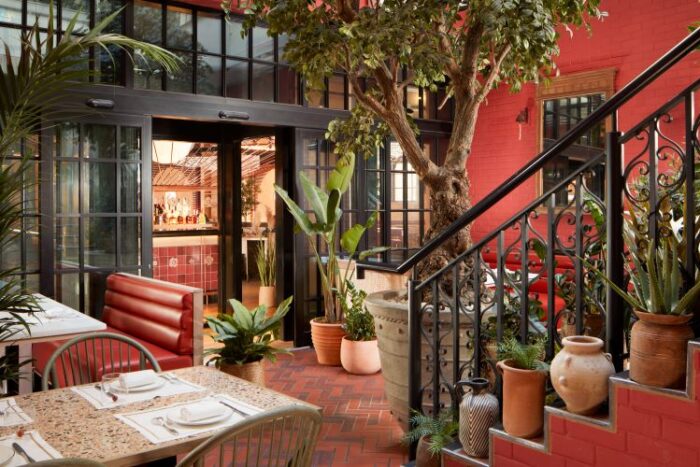 [See also: A Guide to All Three-Michelin-Star Restaurants in the UK]